This post also features on offGuardian – a much needed antidote to the rightward drift of once liberal media. 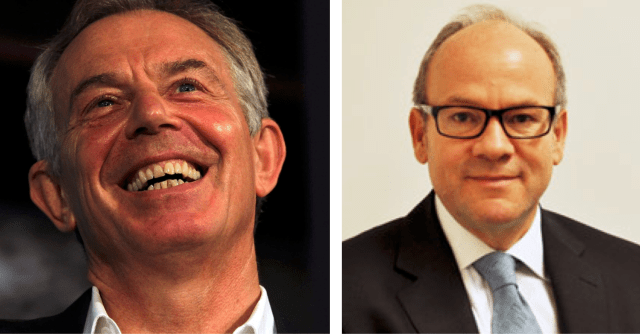 On Thursday the Court of Appeal, in a ruling the Guardian has called unexpected, overturned Monday’s High Court decision to allow disenfranchised Labour Party members to vote in the leadership election. The wider context of course is the novel situation wherein the leader has unprecedented levels of member support – and PLP antagonism – while rule changes pushed through on Ed Miliband’s watch give those members a decisive say in choosing a leader from any candidate who gains, in the first instance, sufficient PLP support to make it onto the ballot. A now remorseful Margaret Beckett saw to it that for form’s sake the left leaning and seeming hopeless outsider Jeremy Corbyn did  make it onto the ballot – to win by a landslide.

Against that backdrop, let’s briefly retrace the more recent steps that brought us to this point:

June 26. Corbyn sacks Shadow Foreign Secretary Hilary Benn for plotting against him. This triggers a wave of frontbench resignations in what many see as a planned coup.

July 10. Angela Eagle announces a leadership bid that hasn’t a prayer unless a crucial NEC vote (next point) goes her way.

July 12a. It doesn’t. The NEC rules that incumbent leaders under challenge need not secure the 20% of PLP nominations their challengers must obtain in order to appear on the ballot. To the chagrin of some, it fails to avoid a conclusion a smart six year old would have come to: that incumbents may not be deemed challengers to their own leadership.

July 12b. At the same meeting, after Corbybn and two supporters have left, a motion not on the agenda is carried by 18:14: those who joined the party after January 12 may not vote in September’s election. It was and is assumed that of the 130,000 disenfranchised that day, most would be pro Corbyn.

July 14. Millionaire Michael Foster brings a legal appeal against the July 12a decision. (A fortnight later Mr Justice Foskett will kick out that appeal, finding incumbent leaders not subject to a rule clearly framed for challengers.)

July 25. Christine Evangelou and four other post January 12 members launch a legal bid to overturn the January 12 cut-off (see July 12b) as a breach of contract.

August 7. The Procedures Committe, an 11 member subset of the 33 strong NEC, decides to appeal. Shadow Chancellor John McDonnell calls that a ‘misuse of funds’ but NEC chair Paddy Lillis insists ‘the party has a right to defend its processes’.

August 8. In NEC elections, all six contested posts decided by rank and file members go to the Corbyn supporters recommended by Momentum.

August 11. Lord Justice Beatson, with Lady Justice Macur and Lord Justice Sales, overturns Hickinbottom’s August 7 ruling, saying the matter is for the NEC alone to determine. Ms Evangelou and the others must pay £30k in costs.

Oddly enough the indefatiguably hostile Polly Toynbee, serial tub thumper under such headers as “Dismal, lifeless, spineless Corbyn lets us down again”, lifted the spirits of his support base after the Beatson ruling. In the Guardian next day she correctly argues, in that dull and narrow way of hers, that the August 11 decision could work for a Corbyn unlikely to need those 130,000 votes to see off Smith next month. Given the pro Corbyn tilt to the NEC conferred by the August 8 results, Polly thinks Beatson has set a case law precedent favourable to Jeremy.

Not that I’m fool enough to set much store by that.  To date the jet sprays of cyanide have come from the PLP and party grandees – and from corporate media whose outpourings of poison are without precedent in respect of a new leader. But the Establishment as a whole has held its fire. Muttered threats aside, the full might of our ruling class* – Bank of England, The City, judiciary, police and armed forces whose sworn fealty is to a monarch constitutionally entitled to dismiss by fiat His/Her Government – has not been needed. That will change should Corbyn win office. For those who put their trust in rule of law and sovereignty of parliament I prescribe the Chris Mullins film, A Very British Coup.

As a taster of what that shadowy matrix can pull off, let’s zoom in on one of the three judges to uphold Thursday’s appeal and disenfranchise the post January 12 members. Philip Sales QC was appointed by Tony Blair on his 1997 victory. (In case you’d forgotten, that was on the back of the first ever Labour manifesto to omit the word socialism.  Many of those who now oppose Corbyn believe the 1997 win – premised on capturing the centre without losing the core vote – can be repeated with a ‘moderate’ leader and manifesto. It can’t when, as Scotland shows, Britain is now a more divided nation following two decades of unbridled neoliberalism. Just as the centre may swing to the Tories or LibDems, so may that once core vote go now to SNP or UKIP.)

But back to Philip Sales, fast-tracked by Blair as described in the Guardian, June 1999:

Tony Blair and his Lord Chancellor, Derry Irvine, will be plunged into a fresh row over cronyism as new evidence emerges of how government jobs are handed out.

An industrial tribunal is investigating how a barrister from Irvine’s old chambers – where Tony Blair and Cherie Booth also worked – was appointed to the coveted post of Treasury ‘Devil’ – one of the chief barristers who act for the state in the civil courts.

The 1997 appointment of the 35-year-old Sales caused astonishment among senior lawyers because he was ‘exceptionally young’ for a high-profile job regarded as a near-certain route to becoming a High Court judge. Sales had much less experience in public law than three front-runners who were passed over. One barrister, Josephine Hayes, claims the Government was guilty of sex discrimination in the way it appointed Sales.

Despite fierce opposition from senior judges, Hayes’s lawyers have obtained details of ‘secret soundings’ taken before his appointment. They reveal a ‘network of old boys and cronies’ to show ‘there was no coincidence that the appointment came from Lord Irvine’s and Tony Blair’s old chambers’.

Less charitable souls might ask whether Lord Sales had been granted an opportunity, last Thursday, to show his gratitude to Lady Fortune. We steel city scribblers couldn’t possibly comment.

*  For all the changes capitalism – instable yet extraordinarily adaptive – has undergone since 1867, we find Marx’s definition of a ruling class still the most useful. A ruling class is defined by monopoly ownership of something essential to wealth production: typically land, slaves, irrigation or capital.

2 Replies to “The Sales of Justice”