On Monday’s 09:30 ferry from Taitung to Ludao, aka Green Island, I saw for the first time a flying fish. Several actually but one put on a show. It cleared the surface ten metres from where I stood near the stern, to fly a metre above and parallel to the glassy blue – on and on, its swift glide that of a kingfisher – before vanishing below a distant concentric ripple. How far? Hard to judge but certainly tens of metres. Those wing like pectoral fins sustain flights – I checked – up to 1300 feet.

Did I get the shot? No chance. Equipment constraints aside, I’d need to be the Wyatt Earp of marine life snappery to have seen it coming. Here’s one I did get though. 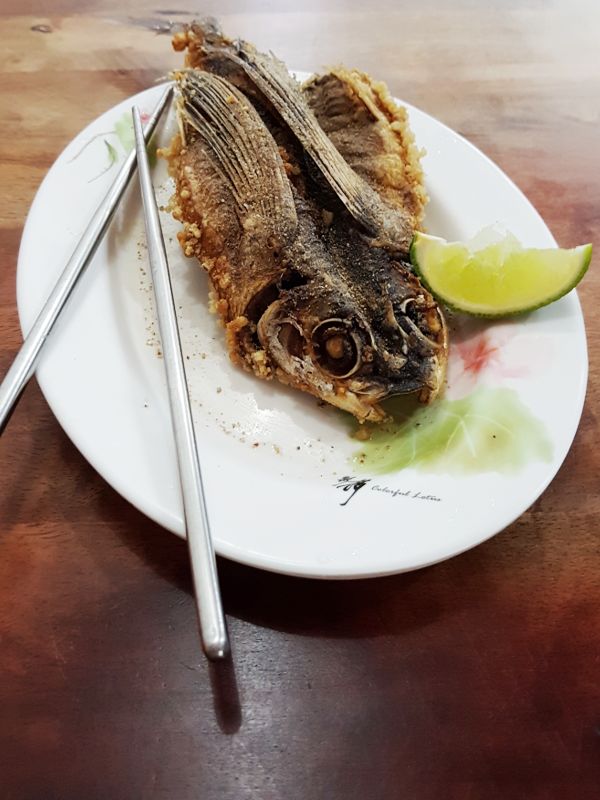 I won’t go so far as to join Chinese gourmets in declaring it the best part, but eyeball of deep fried flying fish knocks cod liver oil capsules into a culinary cocked hat. In this frenetic fish cafe, let none say Phil Roddis left a scrap of edibility un-edibled that night. As I pushed aside the plate of bones sucked clean – one having speared me in the gum to draw blood – I looked round the crowded joint for approval but everybody was busy eating, frying, serving or pot washing. I’ll be returning tonight, so expect a fuller write up.

First thing I did on disembarking after the fifty minute voyage was get myself a coffee. Second thing was turn down the lady offering, as I sipped a passable Americano outside a cafe overlooking the port’s bustle, a scooter at 600 Taiwan dollars a day. (Only do business with vendors who target new arrivals when there really is no choice – e.g. when train pulls in at two a.m. and you’ve no hotel booked.) Third thing was finish my coffee and fourth to stroll fifteen metres for a scooter at 400 per twenty-four hours.

Fifth, with heavy items underseat and a now bearable rucsack on my back, was to drive clockwise round the island’s perimeter and main highway – all twenty kilometres of it.

Here’s a selection of the pictures. 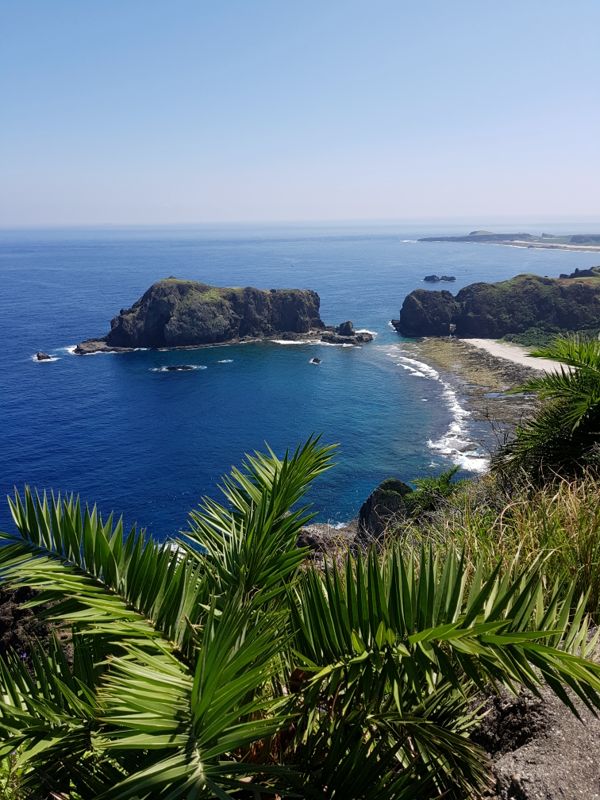 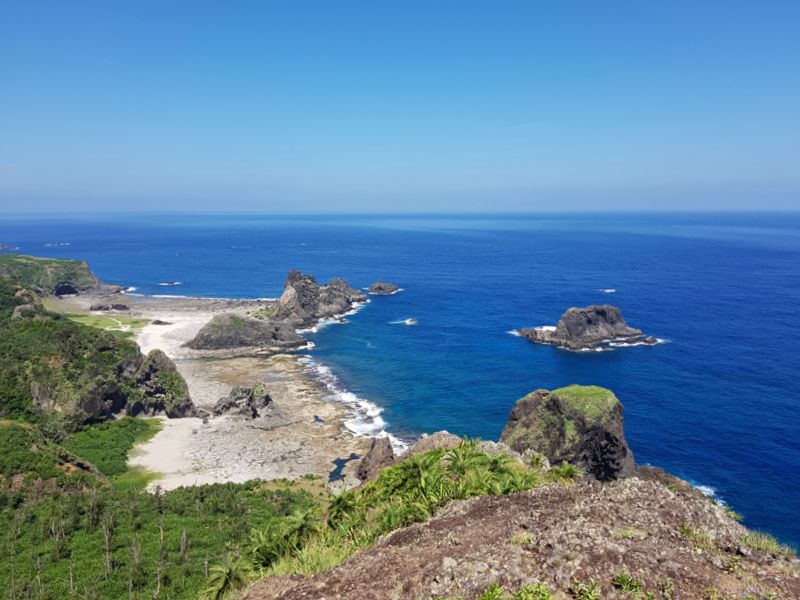 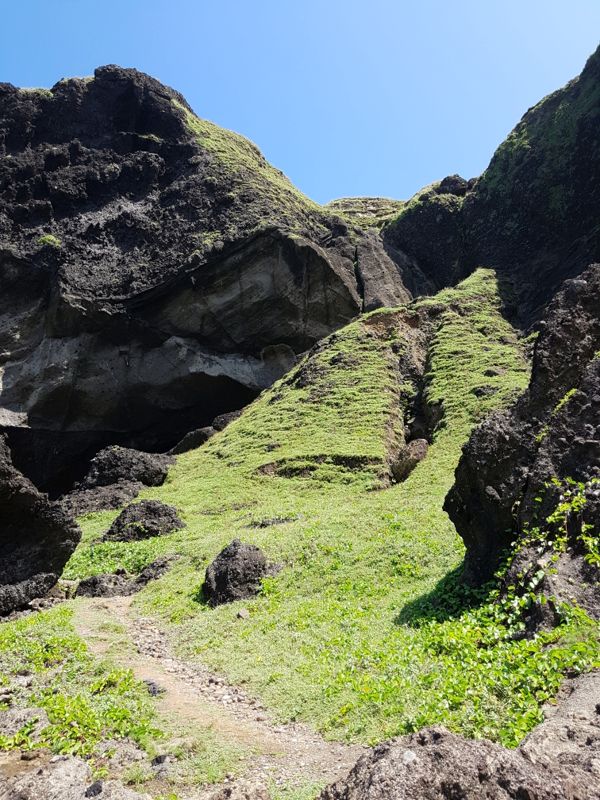 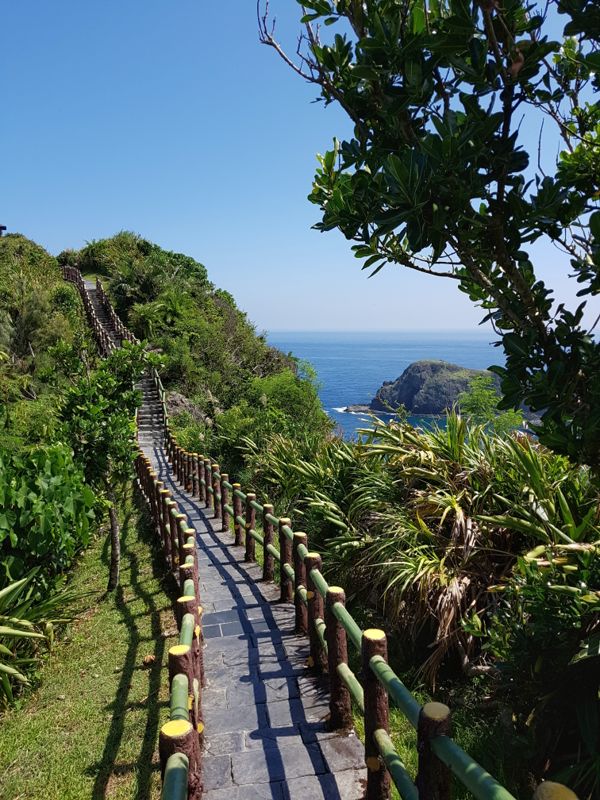 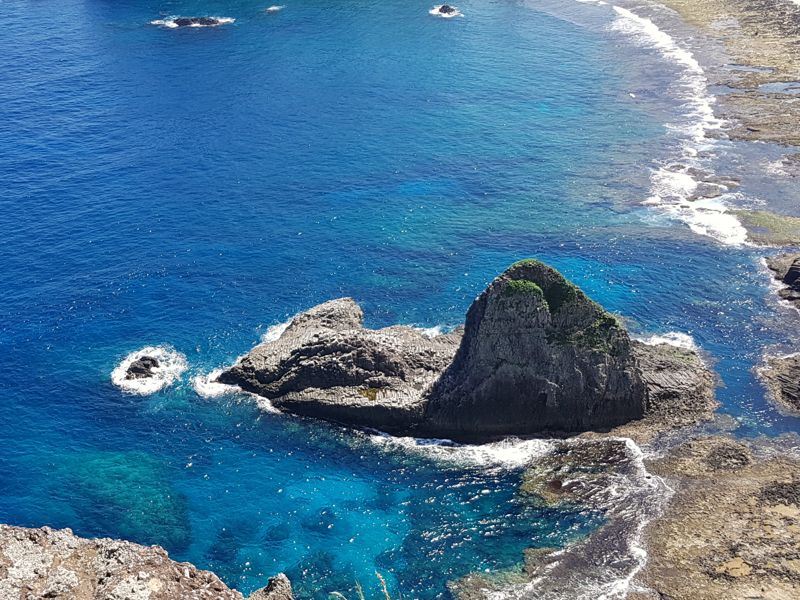 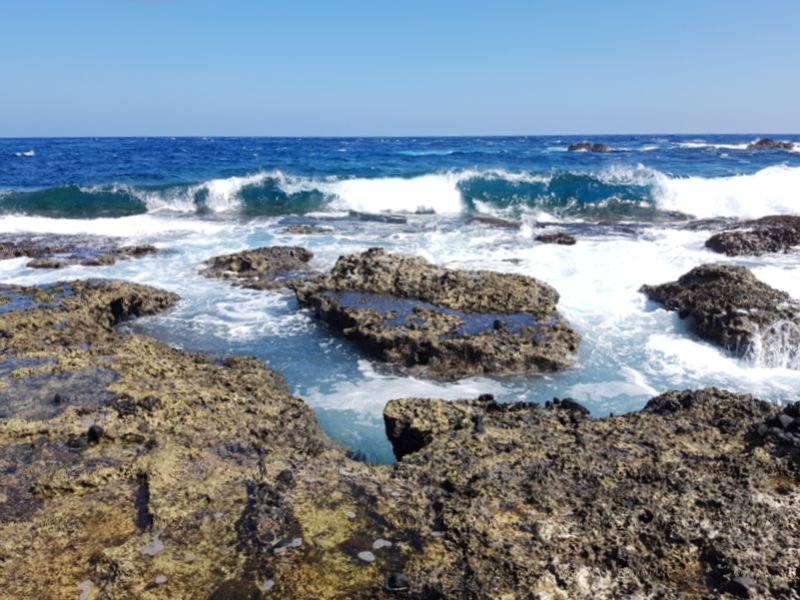 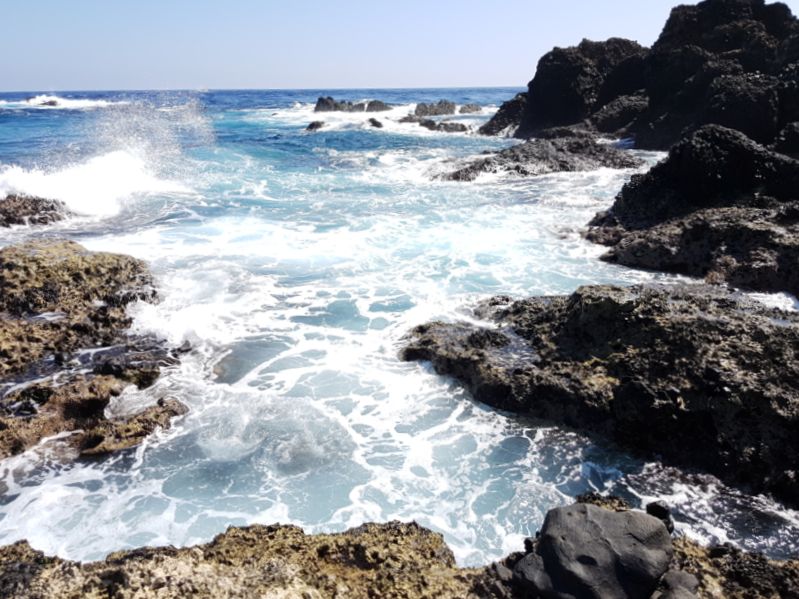 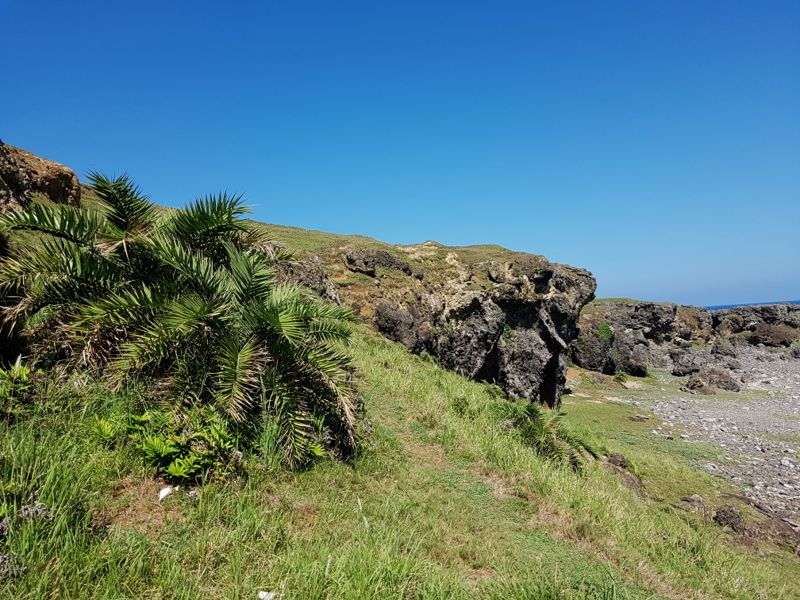 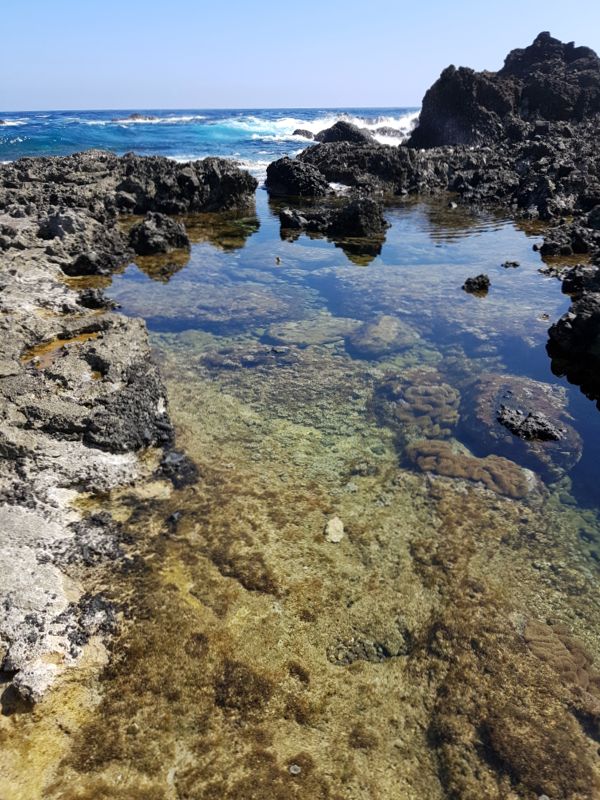 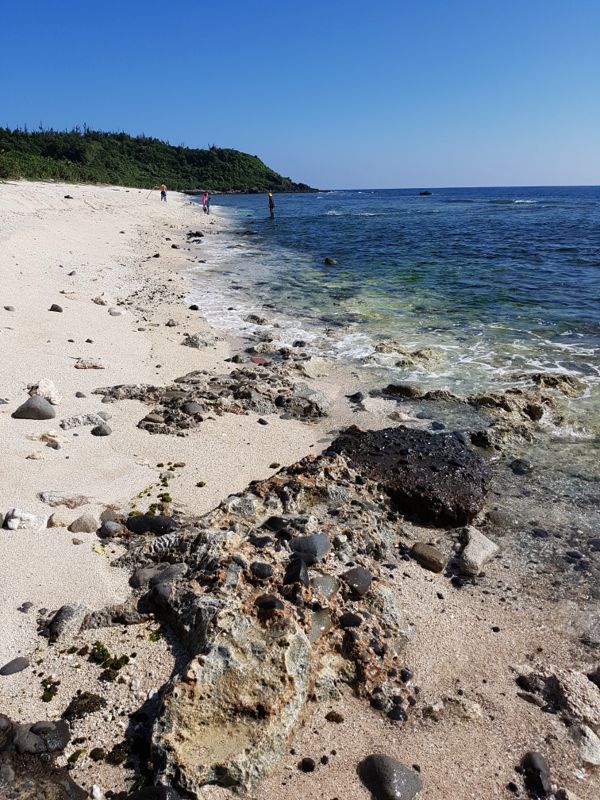 And here’s one from this morning at five-thirty. 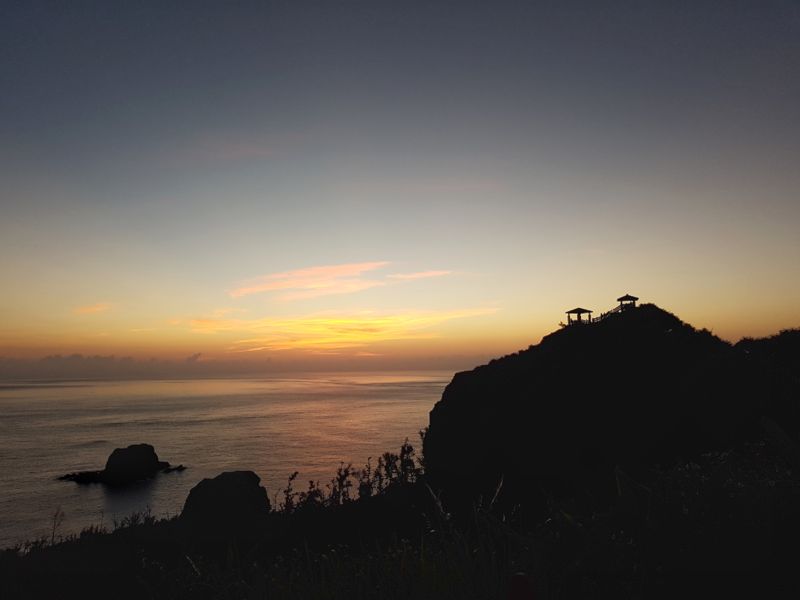 The sky still all warm tones. I motored down to this small quay to make coffee and gaze down on five metres of crystal clear water. Yesterday I’d seen a scuba diving instruction class here. 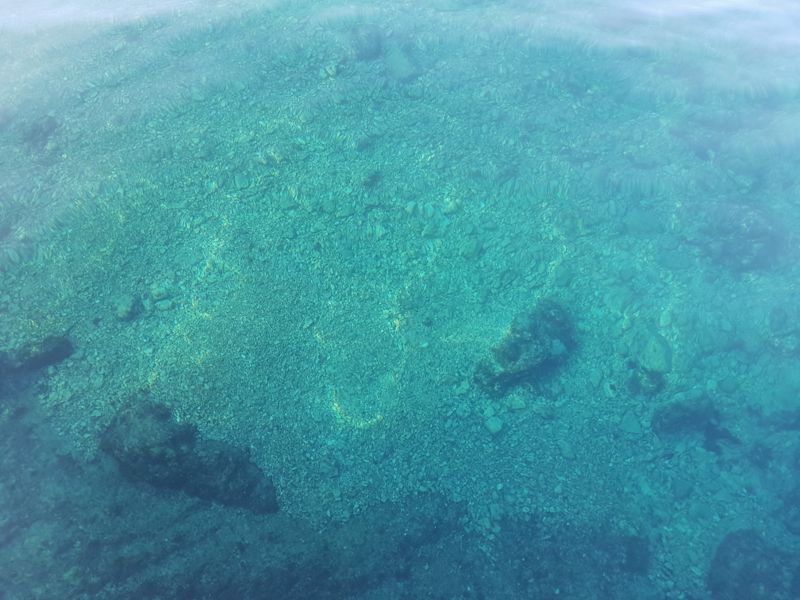 Now cafeined up, I followed Virginia to the lighthouse but on my way saw this little feller crossing. Nothing in the picture indicates size but the shell was maybe 12 centimetres across. He’d clocked my presence so you’d think he’d scuttle off, right? Not a bit of it. Bulldogs of the crustacean world – is this where we get the word ‘crusty’? – crabs bigger than an espresso saucer usually, come fight or flight time, act along these lines. You have to admire their pluck. Talk about attitude! 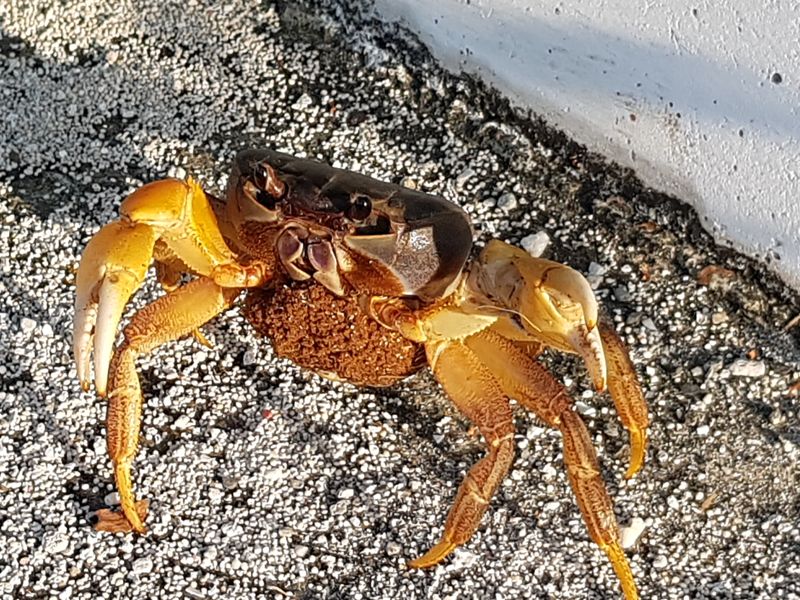 Speaking of attitude, here’s another wee feller. He too – no, I’m not an expert on sexing crabs and reptiles; just a little bored with the sexism-in grammar police – let me crouch a metre in front of him. In his case I suspect the lack of fear was not pugnacity but sang-froid. 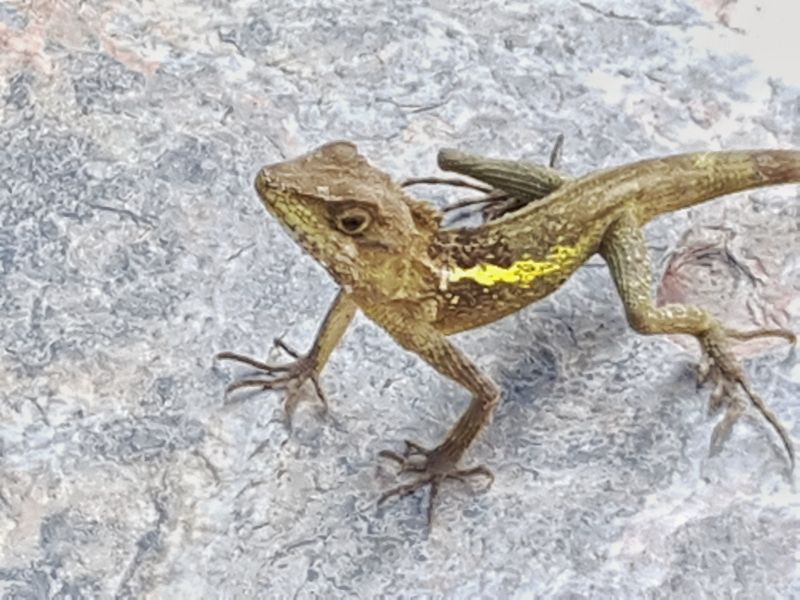 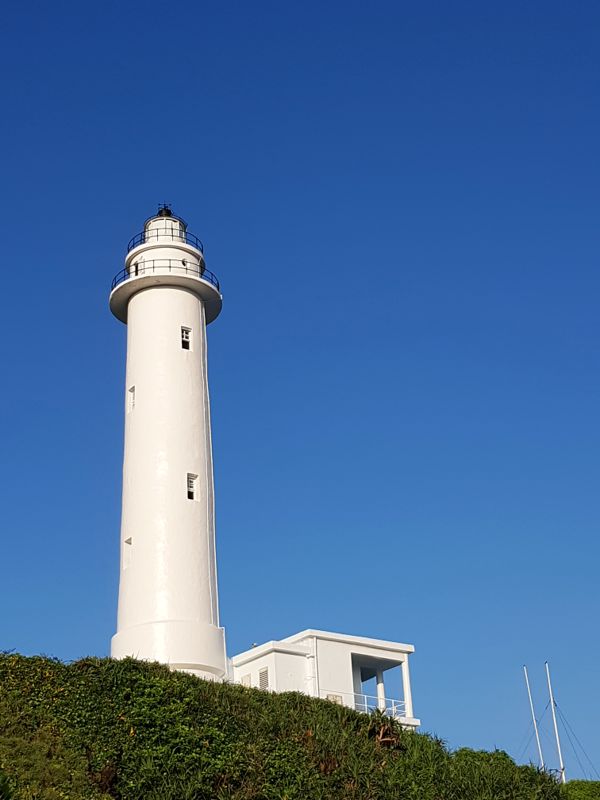