My denunciations of America – with “the planet’s most rapacious capitalism” at the kinder end of the spectrum –  refer to its ruling class, not its people. But here’s a thought. Their country’s diversity of climate, and plethora of mind-blowing natural sights, go a long way to explaining why so few Americans even bother to get passports. Which in turn sheds light on why so many  are even quicker off the mark than us Brits when it comes to swallowing whatever self serving drivel their rulers happen to be selling on global affairs.

Bitching aside, one of those mind blowing sights is surely The Wave, a sandstone formation in Arizona, near its northern border with Utah and situated on the slopes of the Coyote Buttes in the Paria Canyon-Vermilion Cliffs Wilderness of the Colorado Plateau. 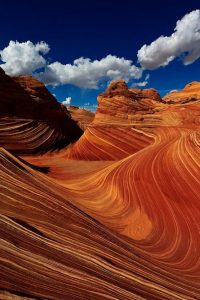 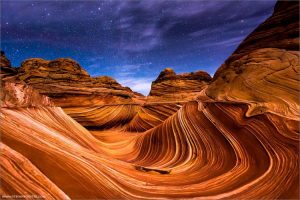 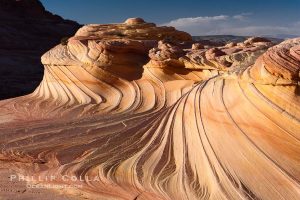 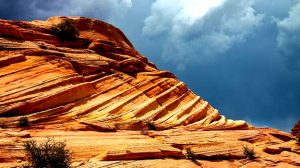 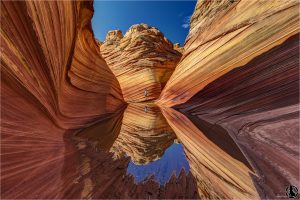