I’m out of sync; Day Fourteen was written before this. It tells how I got to Lower Balwest Farm, where Cath and Roger own several acres, horticultivate and do holiday lets of two converted outbuildings and one caravan.

On Friday, Day Twelve, Jon and Lesley drop me at Marazion. It’s low tide, so I can walk across the causeway to a backlit – unfortunately for detail in my pic – St Michael’s Mount. 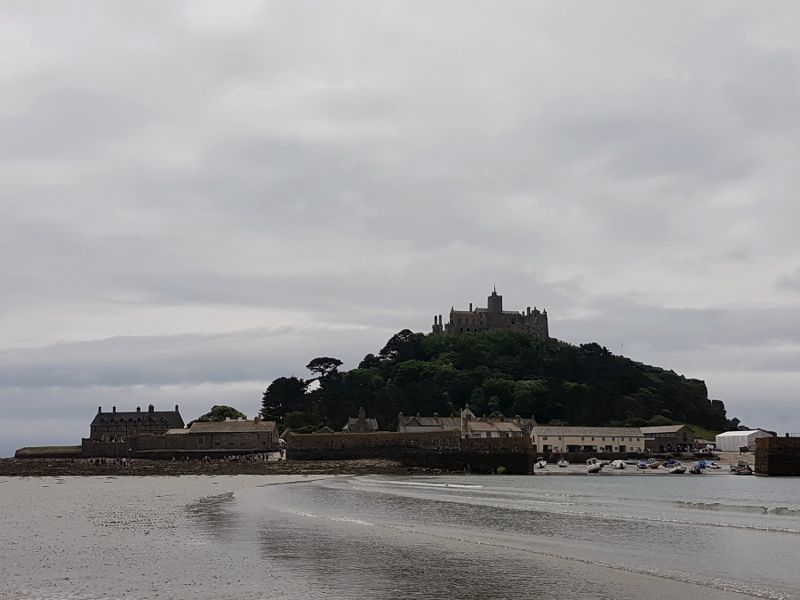 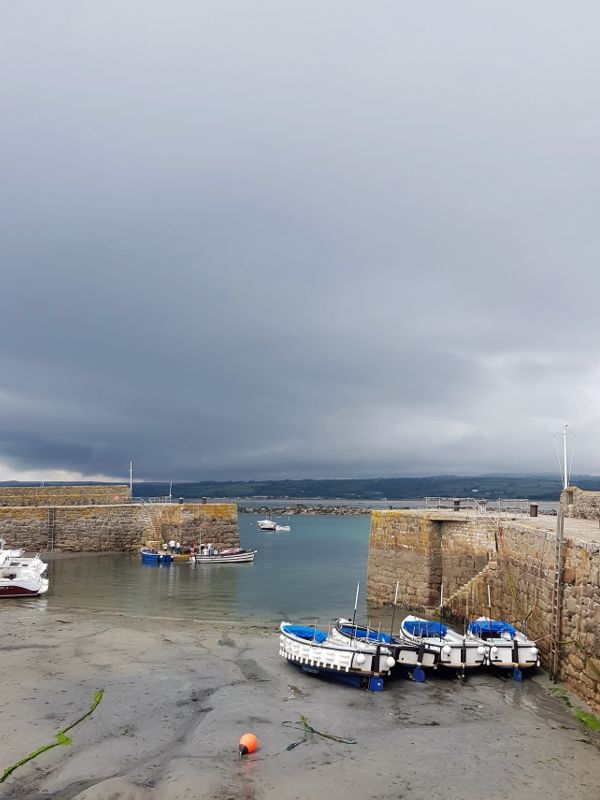 Islanders walk and even drive to and from the mainland at low tide. You really wouldn’t want to break down here though. 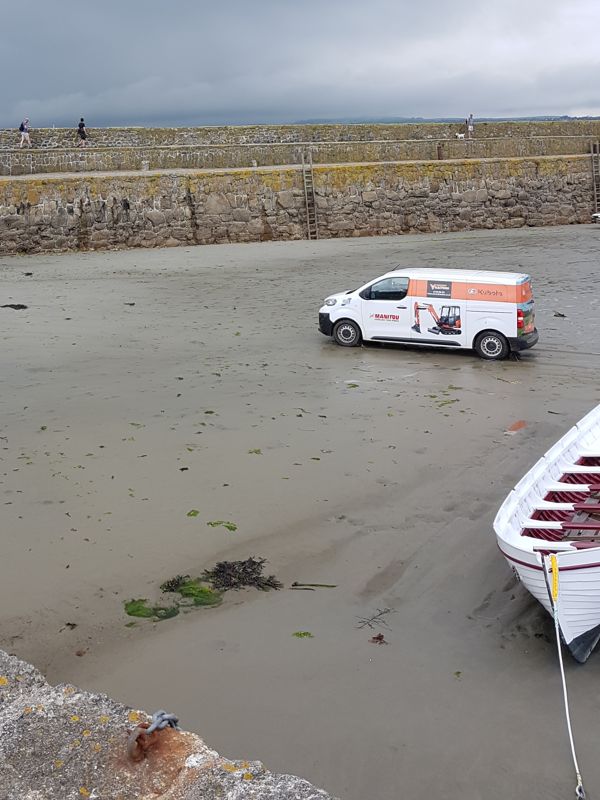 A pasty from Philps in Marazion leads to nap on sun warmed sands, then I’m on the move: bus to where the Penzance to Helston road intersects with the lane down to Praa Sands and up to Cath and Roger’s by way of the church at St Germoe  – hard ‘g’. 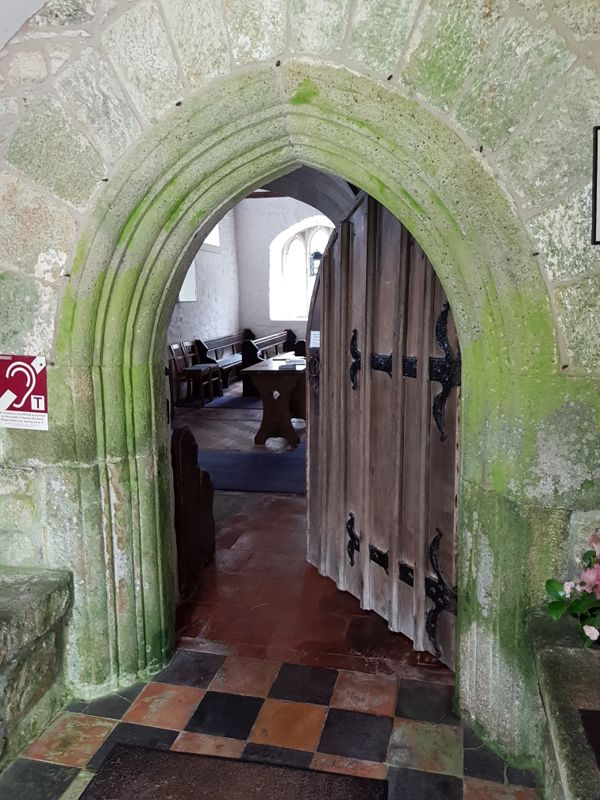 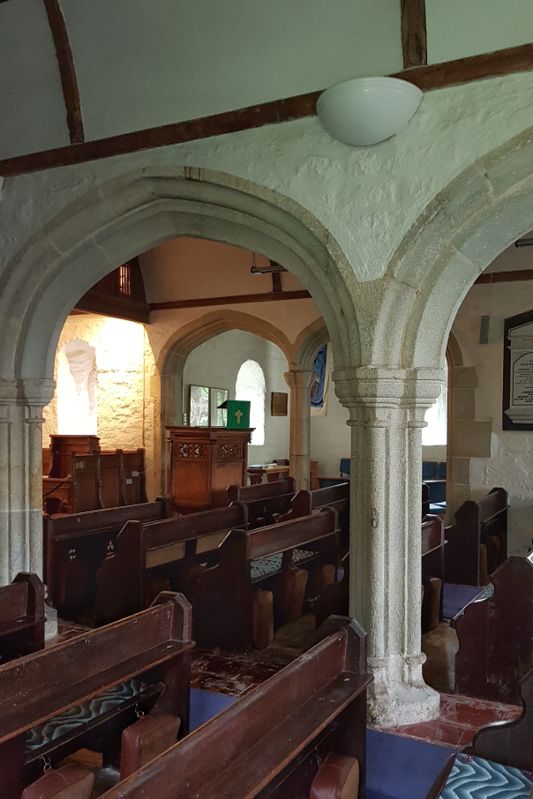 Fantastic reception by Cath and Roger. I’m to stay in the caravan. Meals with them at the house.

Next day, Saturday, with C & R busy, I walk up Tregonning Hill where, mid eighteenth century, China Clay deposits were not so much found as belatedly recognised, with huge implications for Cornwall’s economy.

Tin miners were using it to line the kilns in the smelting process. The man making the discovery, a Plymouth chemist with sinology connections and by that fact sufficiently au fait with the stuff to realise what he was seeing, could scarcely believe his eyes. Tests back at the lab confirmed it. Thus did Cornwall’s China Clay industry – the product shipped by cart to Porthleven, then by sea and canal to Josiah Wedgewood and the porcelain makers of Burslem and the other pottery towns – begin. Tregonning Hill’s output was not of the best though, and when, two years on, a superior form was found near St Austell, the action shifted eastward.

At Tregonning Hill I take in the preaching pit, where Wesley himself once held forth to a packed congregation of impoverished, spiritually thirsty farmers, pilchard huers and tin men. 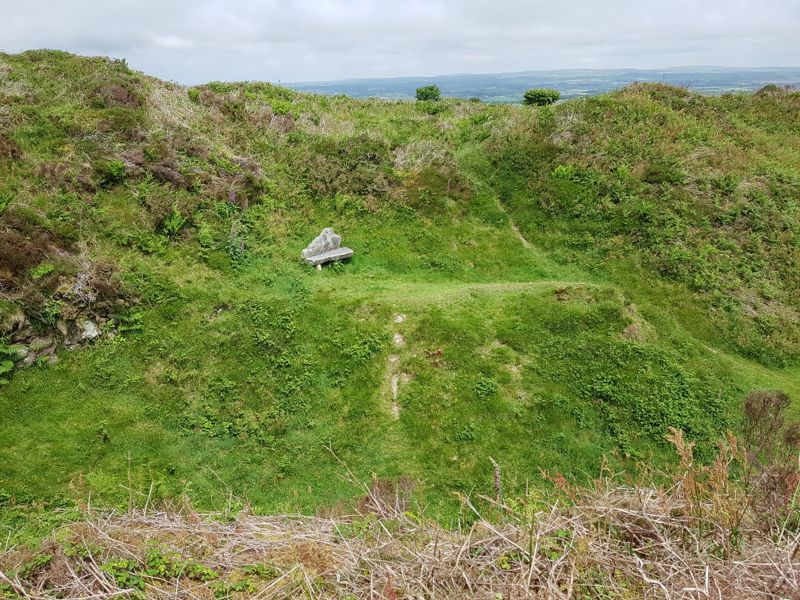 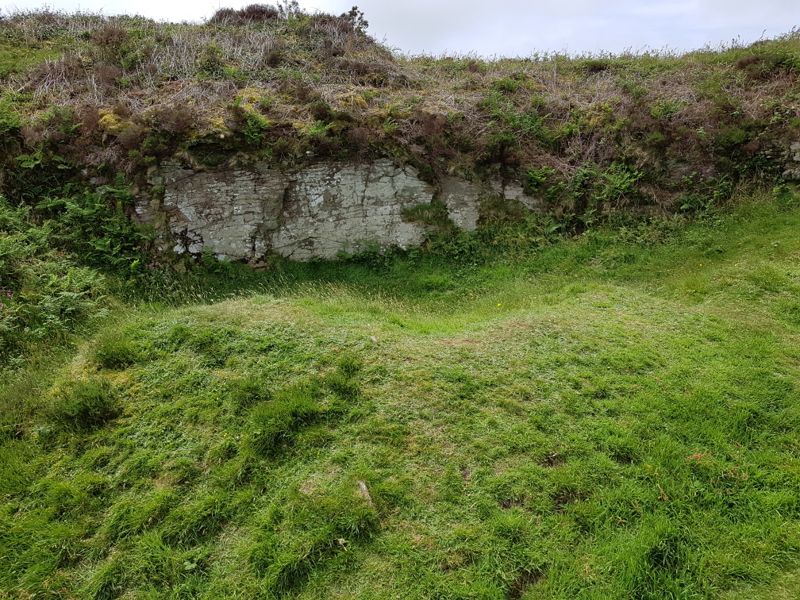 I give up on the flooded quarry whose eerily still, deep but clear waters serve as chapel of rest for – I know this from sighting it twenty years ago – a submerged car, visible from the top of four metres of rock face that plunge into another four of water. My online map and GPS, accurate to the metre, tell me I’m within twenty metres but dense gorse, bracken and nettle on every side, and my shorts, rule out further inquiry into a deep mystery. There’s no road within a mile of the flooded quarry on Tregonning Hill, the stuff of mother’s nightmares. How and why did that car find its way there?

I make my way down to Tregonning hamlet, and from there to the village of Breage, its sole pub conveniently opposite the church of St Breaca, famed for its striking mediaeval murals. Guess in which order I visited the two. 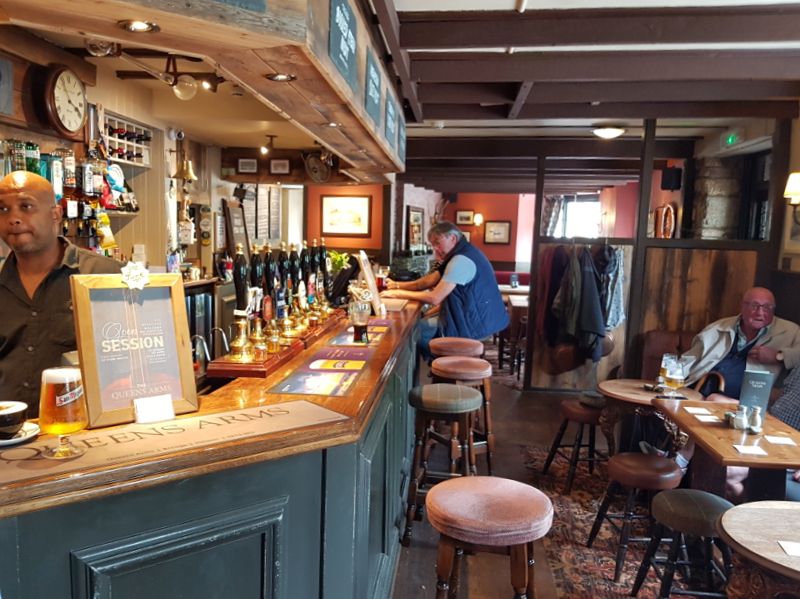 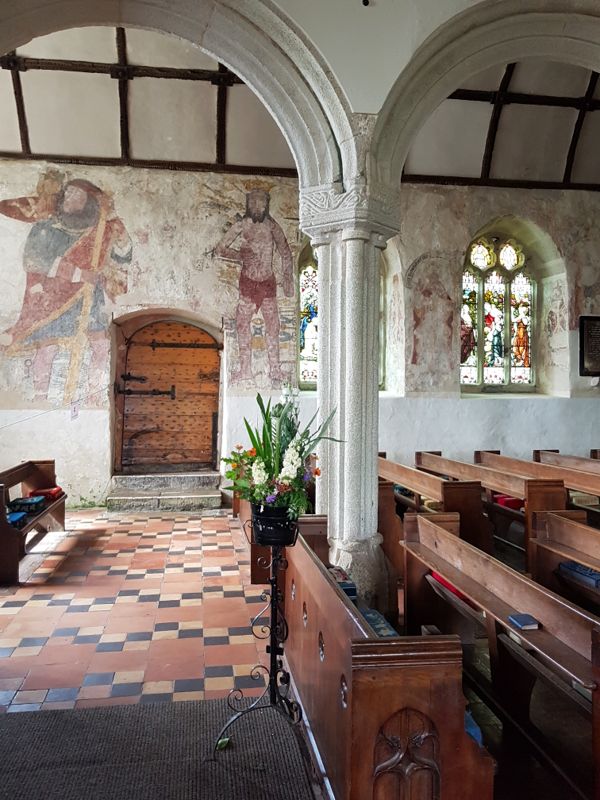 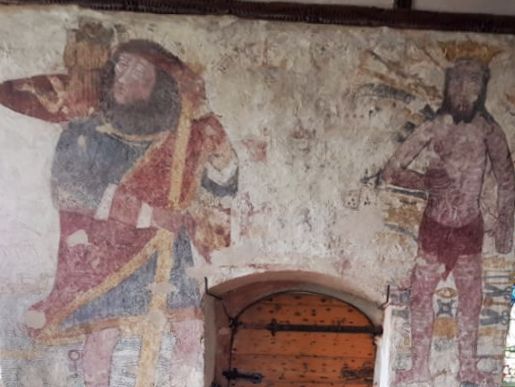 From Breage I go by field and lane to picture-book Porthleven, returning on the 17:50 Helston to Penzance to alight at Praa/Germoe crossroads. From there it’s a walk up flower bedecked lanes to Cath and Roger’s for another splendid supper. 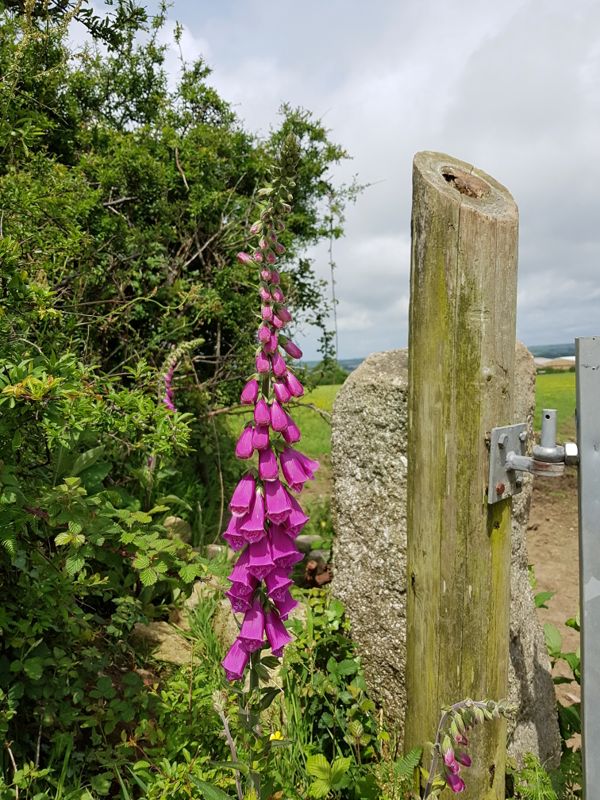 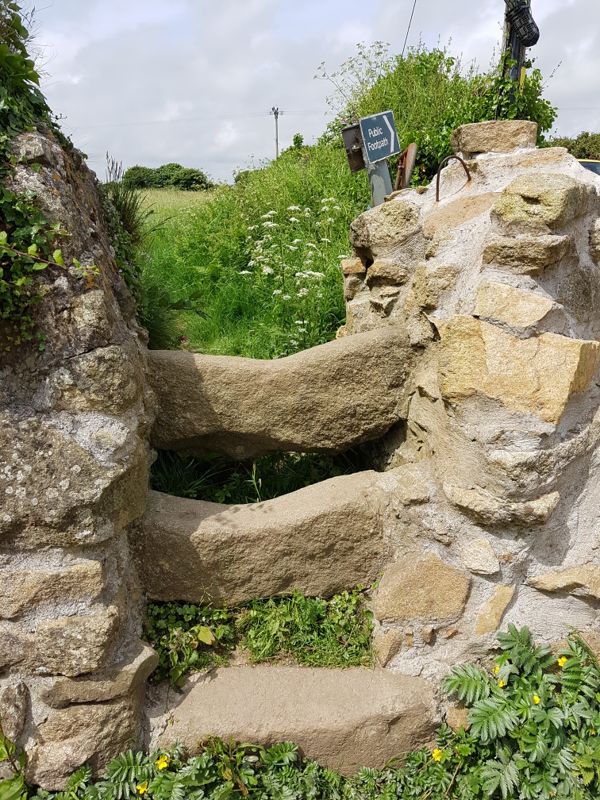 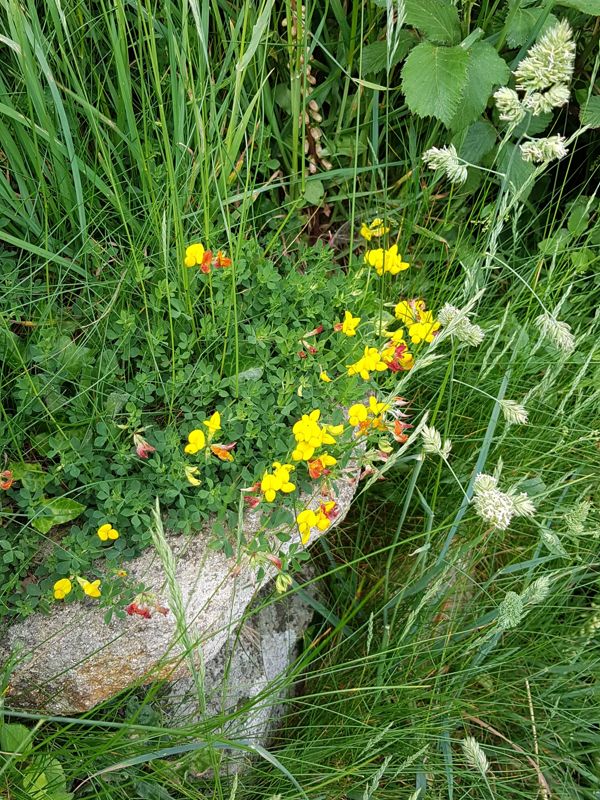 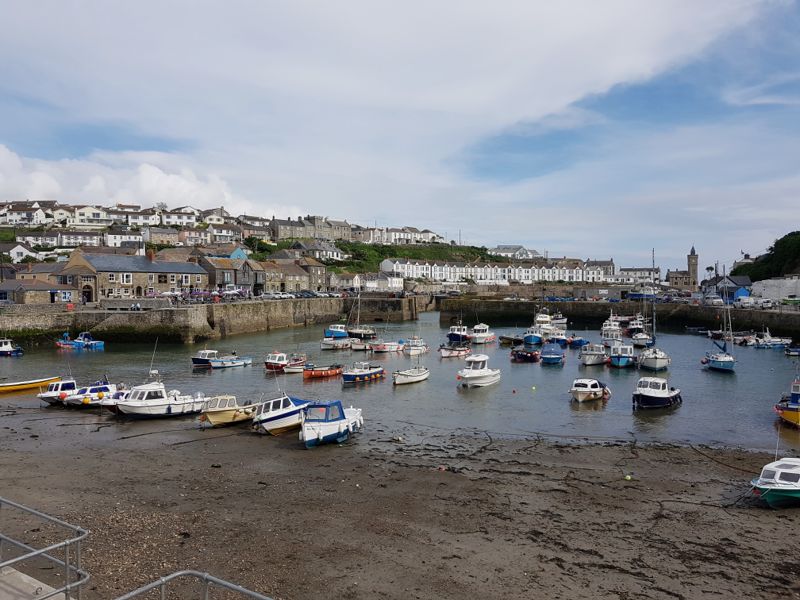 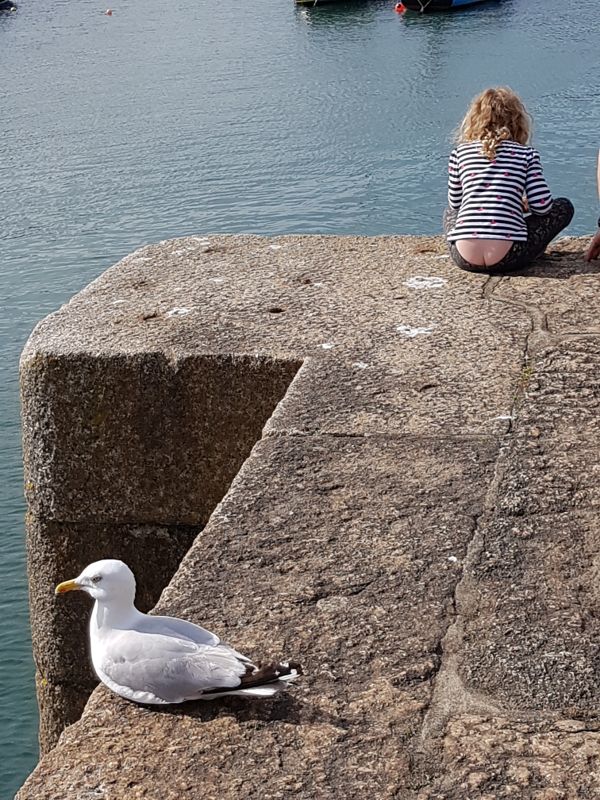 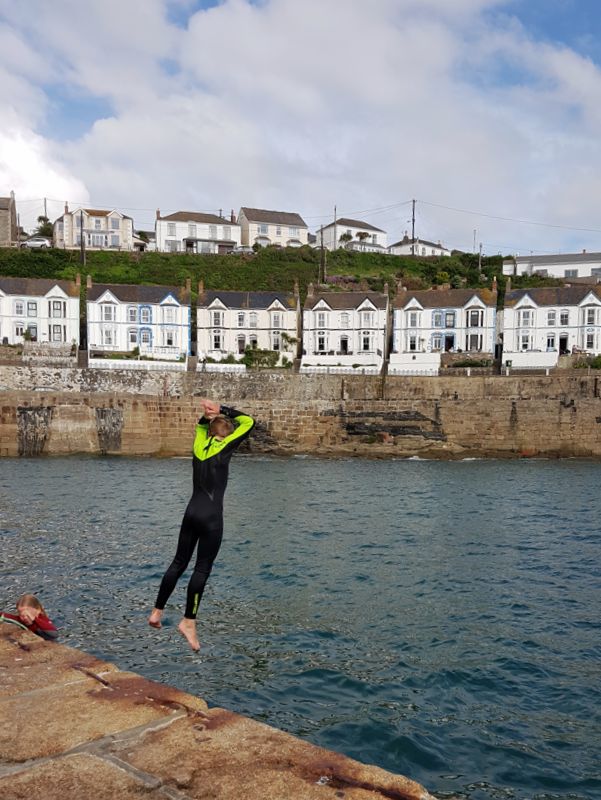 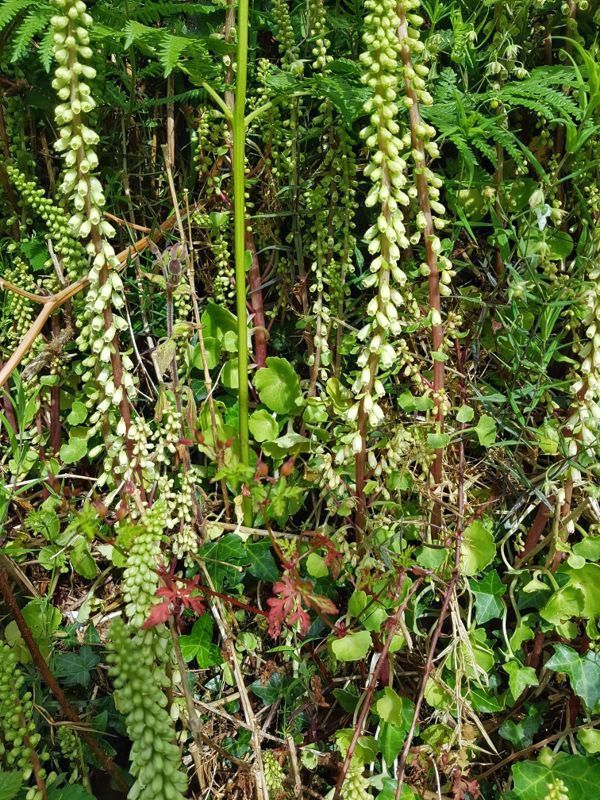 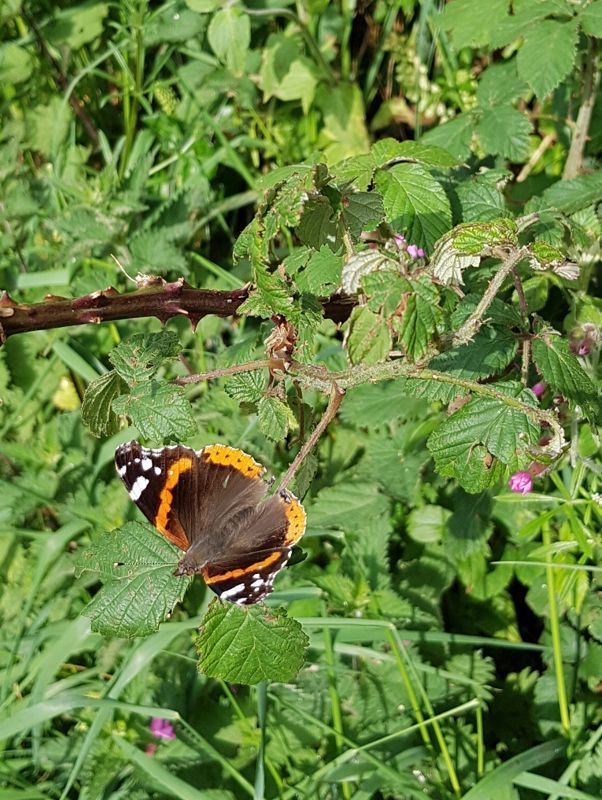 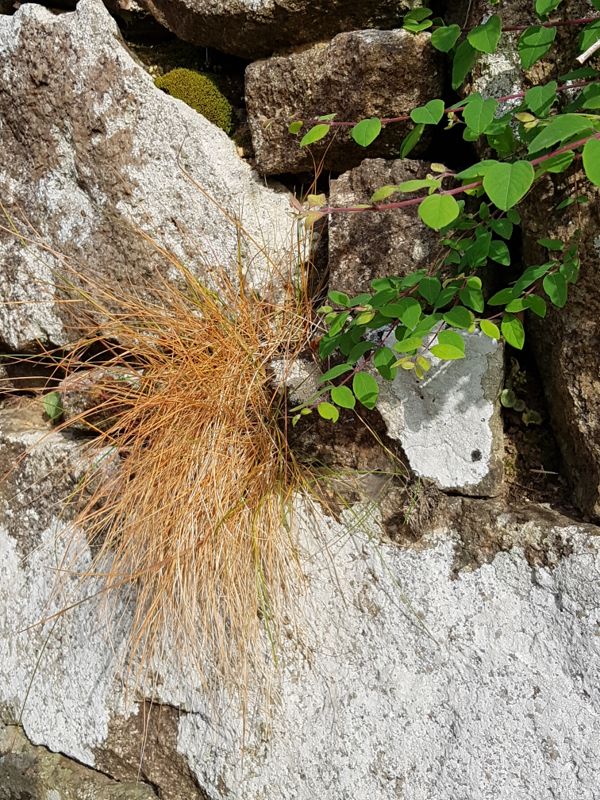 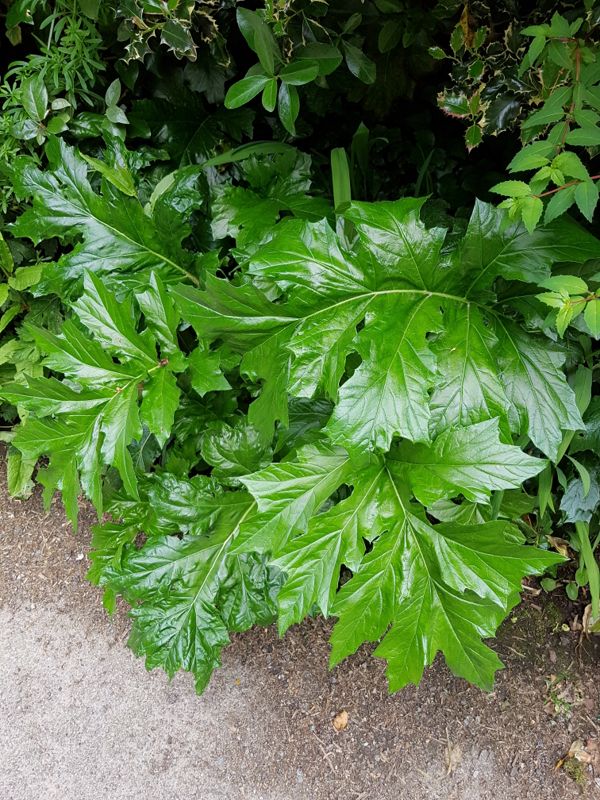 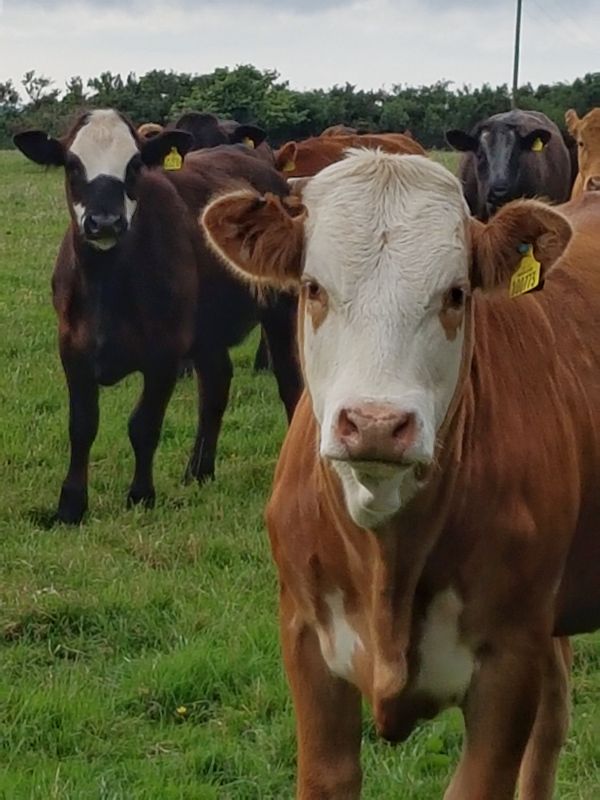