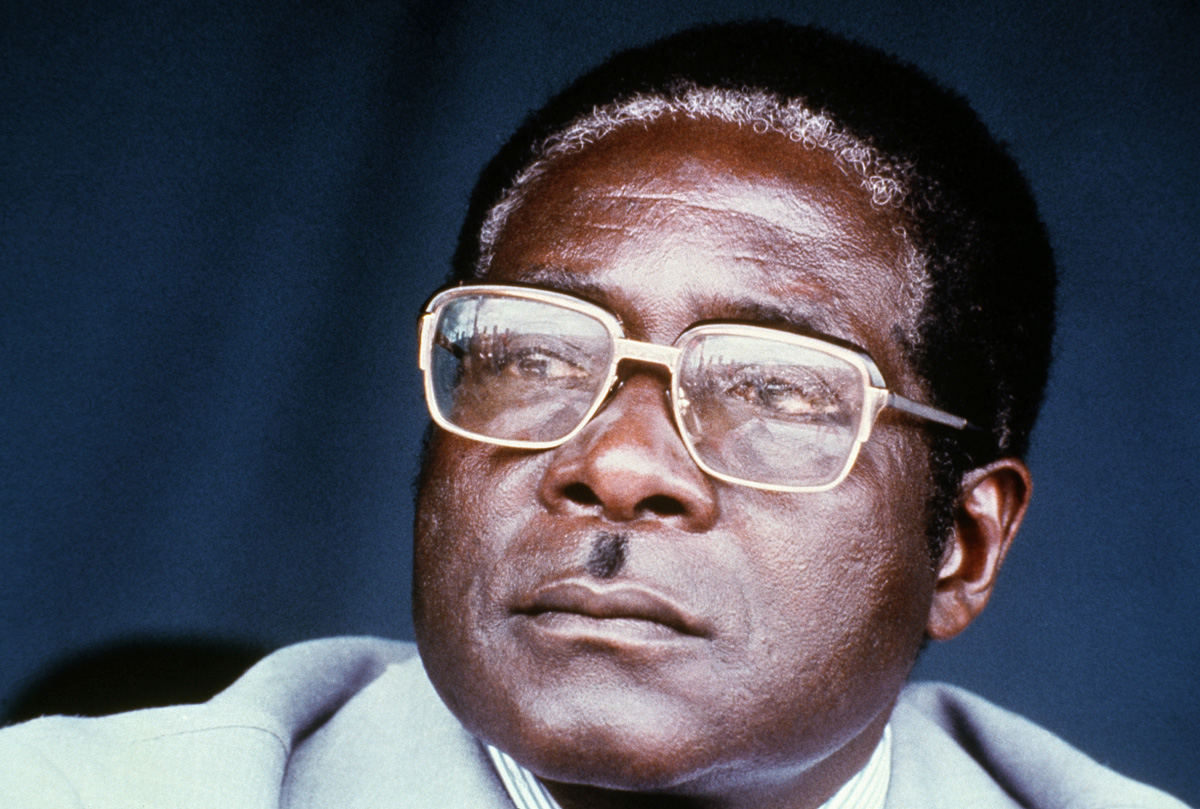 Why are some world leaders raised to sainthood by those who manufacture our opinions, while others are vilified? If we believe ours is a democracy informed by healthily independent media bringing truths about the world without fear or favour, the answer is simple. Nelson Mandela and Mahatma Ghandi are celebrated by all freedom loving people as heroic resisters of tyranny and oppression, while Bashar al-Assad, Slobodan Milošević, Hugo Chavez, Robert Mugabe and so many other boo-hiss cads, bounders and utter rotters are or were tyrants; delusional at best and often blood-soaked with it.

Sadly, realisation that ours is not a democracy informed by independent media does not leave us immune to such manipulation. Lazy cynicism on these matters is a poor substitute for active scepticism and radical objectivity. It can no more prevent our being played than can cynicism in respect of advertising neutralise its grip – on what we fondly imagine to be freely exercised and fully conscious choices in the market place.

If we are even one tenth as independent minded as we like to believe, then not only are the much replicated findings of social psychology – think Asch, Milgram and Zimbardo – utterly wrong but those who invest heavily in persuading us to buy their goods and services are fools soon to be parted from their money. But that quaint idea doesn’t stand up to scrutiny, does it? In the main they get back their ad-spend tenfold. How do we know? They come back for more.

Even when we don’t believe what the media say, we are still hearing or reading their viewpoints rather than some other. They are still setting the agenda.

Indeed, and they are deuced good at it. Which is no great feat when they hold pretty much all the cards. Most of the heavy lifting is done not by sinister spooks, creepy night calls to editors, or cabals in smoke filled rooms.1 It’s done by folk – teachers, preachers and journalists, friends and family, the heroes on our screens – who sincerely believe what they tell us.

They have common sense on their side, right?

Another word for common sense, though, is ideology: views of the world breathed in cradle to grave from an array of institutions and channels – education, religion, entertainment, news and editorial comment – which teach us, beneath the layers of second tier complexity and seeming contradiction necessary for the illusion of pluralism, that the best of all possible worlds turns out to be one which benefits the super rich, condemns hundreds of millions to destitution and has taken us to the verge of one form or another of annihilation.

A socio-economic-political system – and I do mean system2 – able to pull off this trick can get away with murder. It can make black white and, through a 24/7 babble of seemingly sane voices discussing the finer details of which colour scheme the madhouse should be painted this week, hold up dementia as reason, trillion dollar violence as peace.

It can even persuade us to overlook the fact that those demonised by our media and political leaders – servants not of democracy but of corporate power3 – just happen to be the ones who stand in the way of said corporate power’s god given right to a Healthy Return on Investment.

Attempts by Third World leaders to establish independent control of their economies, in preference to their economies being used as spheres of profit-accumulation for the sole direct benefit of foreign investors, is almost invariably met by the opposition of investor-dominated foreign governments. Stephen Gowans.“Israel: a Beachhead …”

Holy mackerel! It can even get us to us believe that the peoples of Zimbabwe, Venezuela, North Korea and Iran – to select a few of the more prominent cases of nations whose leaders pissed off Wall and Threadneedle Streets – are suffering not because of crippling sanctions. What a silly idea! No, their lives are being ruined, their children dying in infancy, through the economic consequences of – take your pick – ‘failed socialism’, leadership by lunatics, the wrong brand of theocratic tyranny.

Nuff said. With these thoughts in mind let me hand over – not for the first time – to Stephen Gowans on the subject of how Mandela got to be a hero, Mugabe the devil incarnate:

It seemed almost inevitable six years ago that on the day Western newspapers were filled with encomia to the recently deceased South African national liberation hero, Nelson Mandela, another southern African hero of national liberation, Robert Mugabe, would be vilified. “Nearly 90, Mugabe still driving Zimbabwe’s economy into the ground,” complained one Western newspaper.

Mandela and Mugabe were key figures in the liberation of black southern Africa from white rule. So why did the West overflow with hosannas for Mandela and revile Mugabe? Why was Mandela the ‘good’ national liberation hero and Mugabe the ‘bad’?

A lot of it had to do with the extent to which the liberation projects in South Africa and Zimbabwe threatened or didn’t threaten white and Western economic interests—hardly at all in Mandela’s South Africa and considerably in Mugabe’s Zimbabwe.