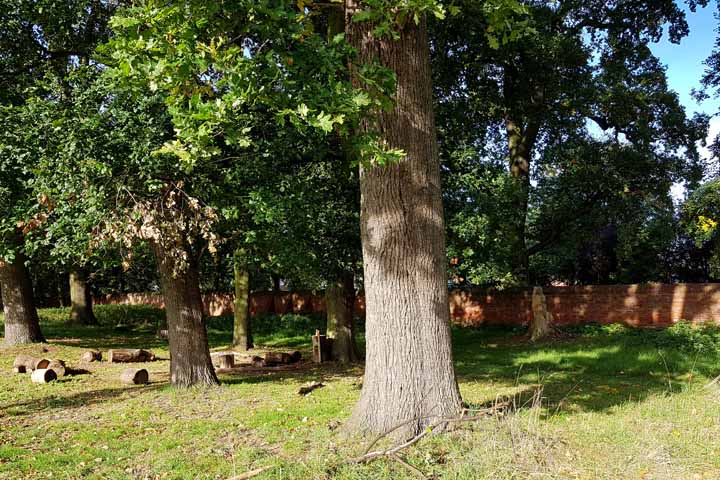 On one of those sunlit days with an autumnal bite of the kind October in Britain specialises in, I walked with Jasper in Wollaton Park. Passing through the heavy wooden side gate set into the old brick wall on the northern perimeter – a few yards west of main gate, and drive with cattle grid to keep deer from murderous roads – I had coffee at the cafe by the adventure playground, passing the woofer a treat or two as I sipped.. 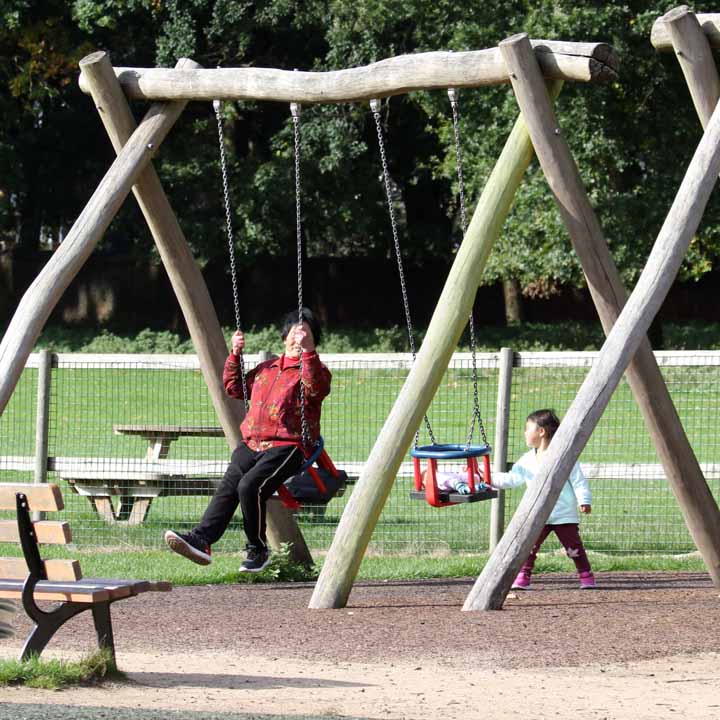 It’s a beautiful cafe, a modernist affair of wood and glass fit for a beautiful park. At each inside table a glass vase held one bright dahlia. Outside tables on raised decking looked directly onto the swings, wooden climbs and go-apes, so parents might sip flat whites and shoot the breeze – I’m studying intermediate American, can’t you tell? – without losing sight of their charges. But given that nip in the air, dog friendly staff and all this glass to let in the light and warmth, we sat inside. 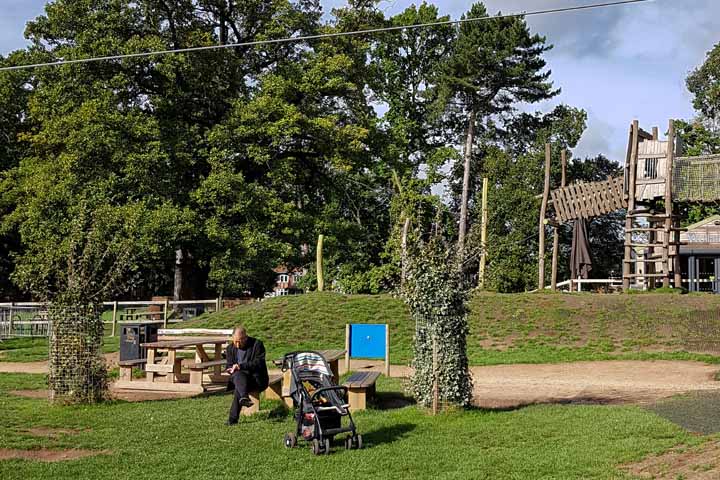 Coffee downed, we walked southwards, on the level at first but then ascending a wide grassy corridor, avenues of mature oak and chestnut either side, towards Wollaton Hall. 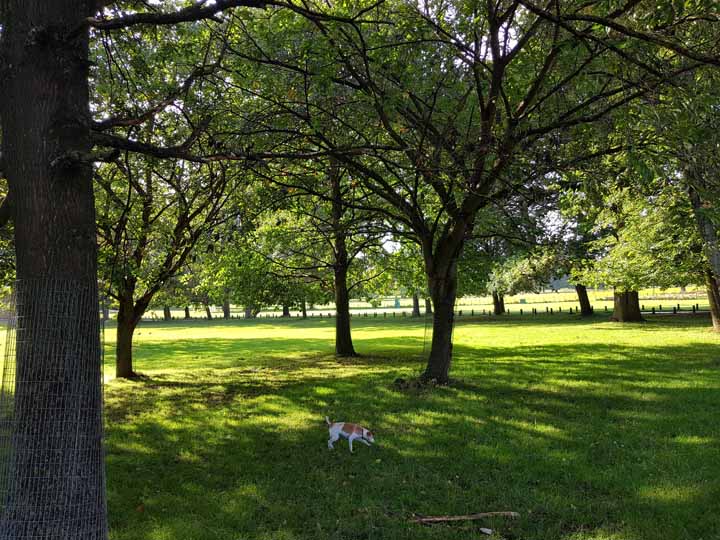 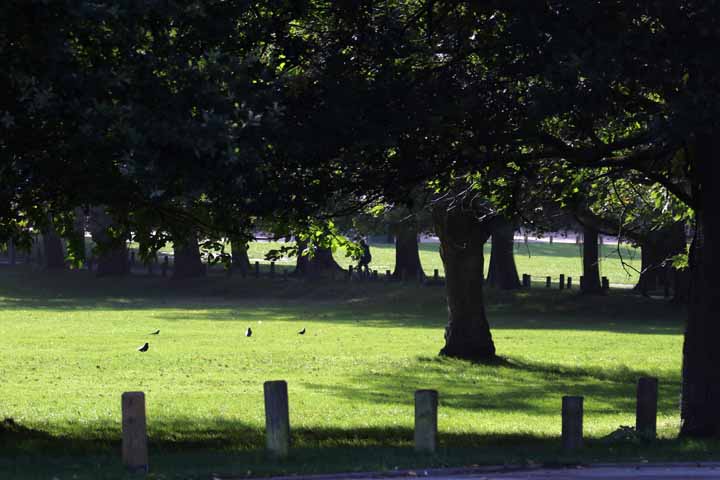 Crows gorged on windfall horse chestnuts. Fatting up for the rigours ahead, their flight distance – how close they’ll allow man and dog before taking to the air or hopping away a step or two – was lower than usual. You’ll see squirrels do the same this time of year, the risk from predation outvoted by the need to feast and/or hoard. 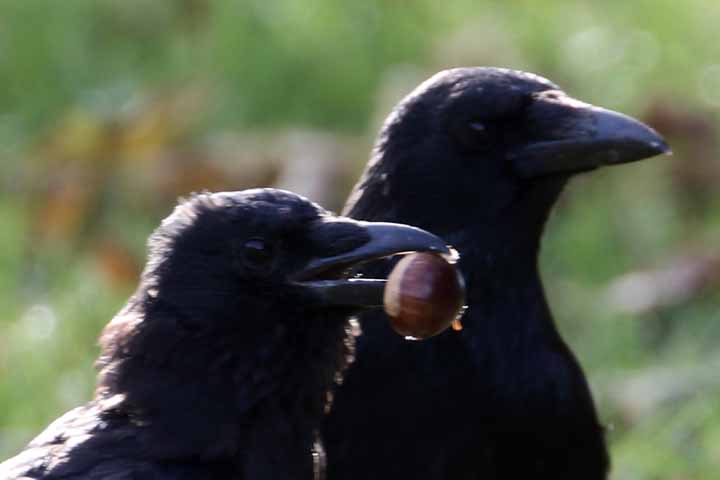 A few times I saw a crow extract a whole conker, where its shell had split open on impact. More often they drilled into the fallen but intact casings, then into the nuts, to extract in morsels the sweetness therein. That there were many crows doing the same led me to surmise that conkers are best dealt with on the ground, even whole ones. The methodical action of those formidable beaks – raising the spiky hull to smash it down then making stabbing, grabbing extraction – are most effective on a nut held in place by gravity and terra firma. 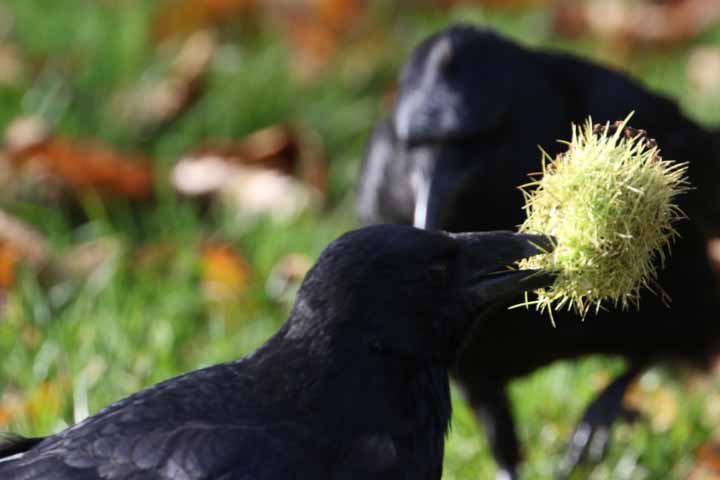 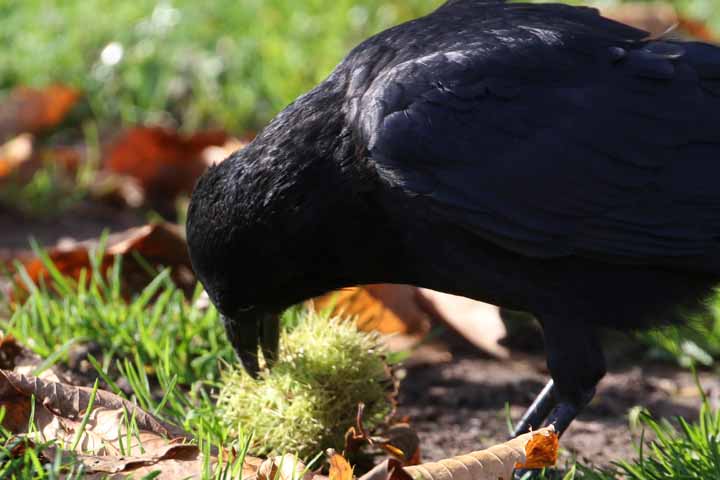 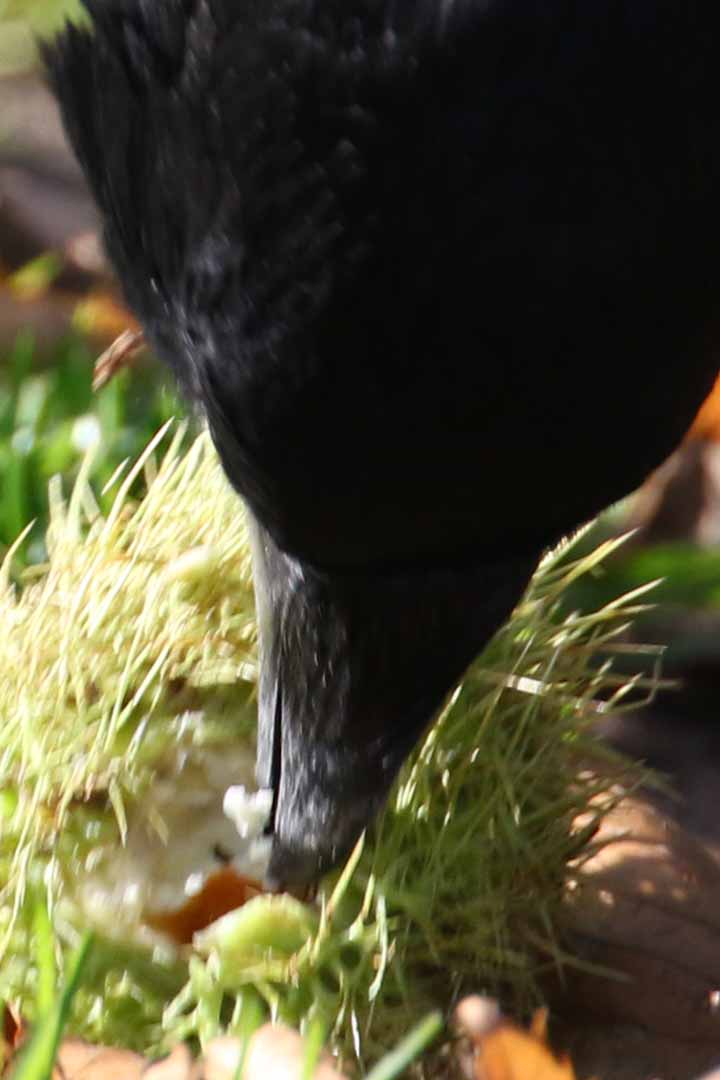 Skirting the Hall, housing a natural history museum I’ve yet to visit – dogs into museums don’t go – we descended toward the lake forming part of the estate’s southern boundary. 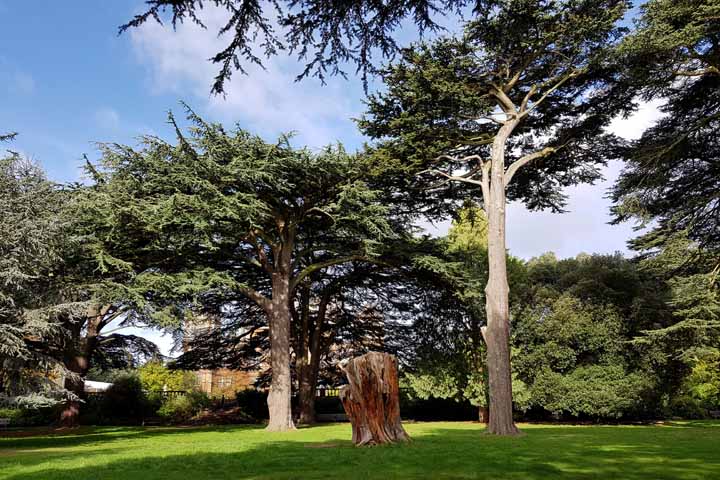 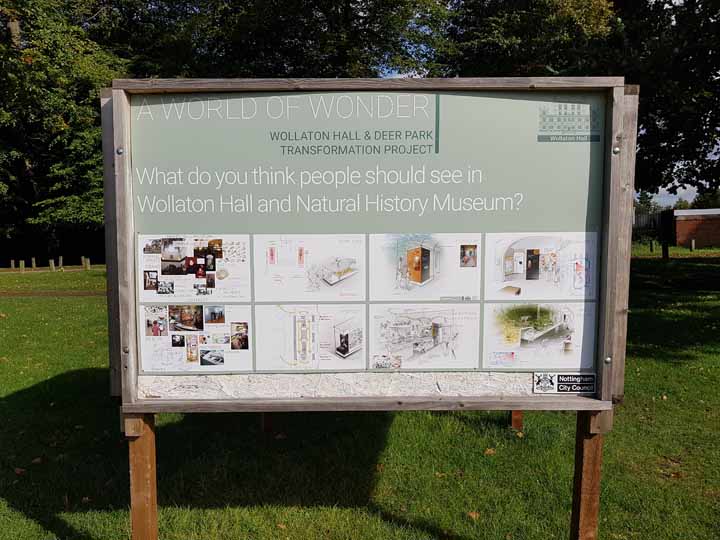 Halfway down the elegant slope a trio of ageing walkers stopped me. I guess the heavy camera and heavier lens spoke to them of vast expertise.

Is that a real deer or fake?

Well maybe they were joshing me for having walked so obliviously past the article in question. Northerners, a descriptor applicable at a push as far south as Nottingham, are famed for poker humour. But I think they really did need third party confirmation. Following the line of pointing pinkies I saw seventy metres away a huge red deer stag taking the sun and, on this expanse of green, about as inconspicuous as Moose Molloy’s tarantula on a slice of angel cake. 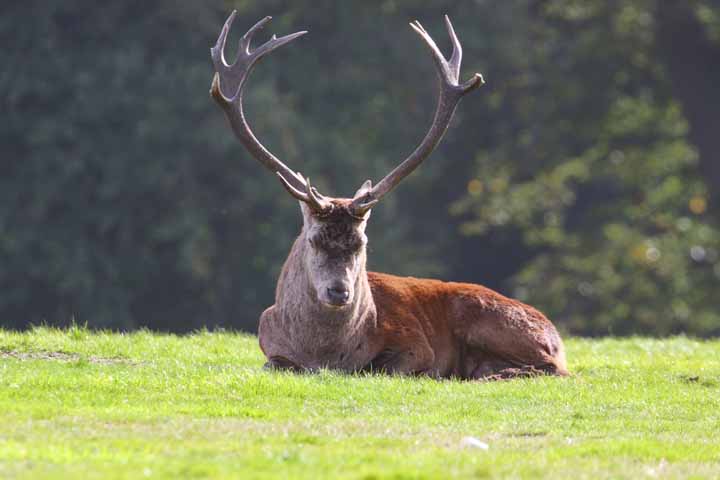 How could I have missed an animal the size of a cow, but with antlers a metre apiece? 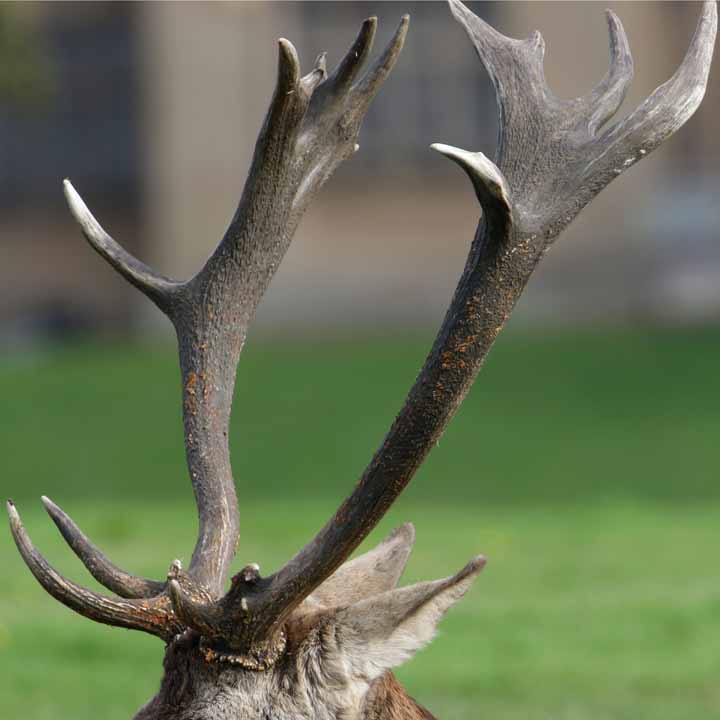 With my powerful kit I could fill the frame while keeping a wide berth. There are signs here and there that red deer at this time of year can be extremely dangerous. Their containment in five hundred acres of parkland does not make them pets. The recommended safe distance, during autumn rutting when stags are highly protective of the does, is fifty metres but the warnings are routinely ignored. The next picture isn’t mine. It appears on a BBC web page under the heading, Warning over stag selfies with Wollaton Park deer. 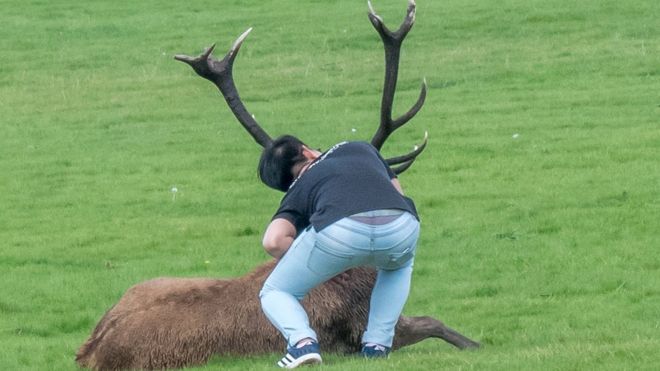 I think the words on that t-shirt say Grade-A Pillock, but at this resolution can’t be sure. 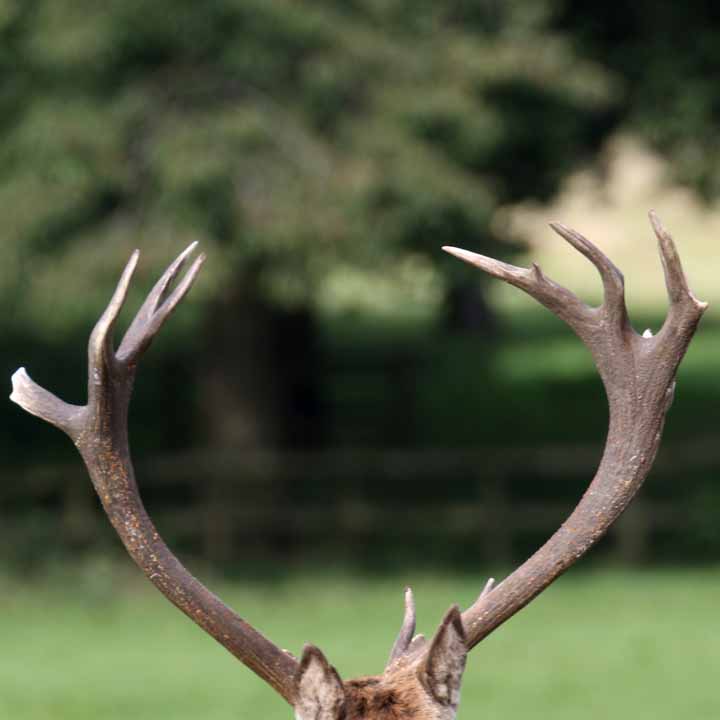 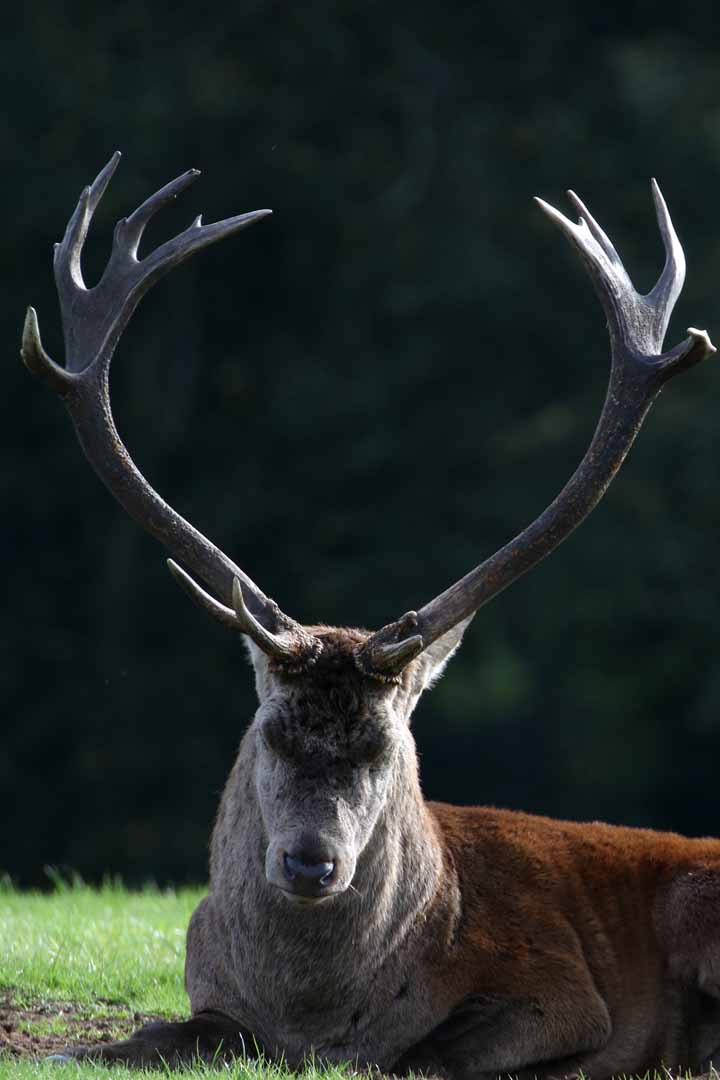 Meanwhile down at the lake, an adult member of my favourite bird species was taking junior on a fishing trip … 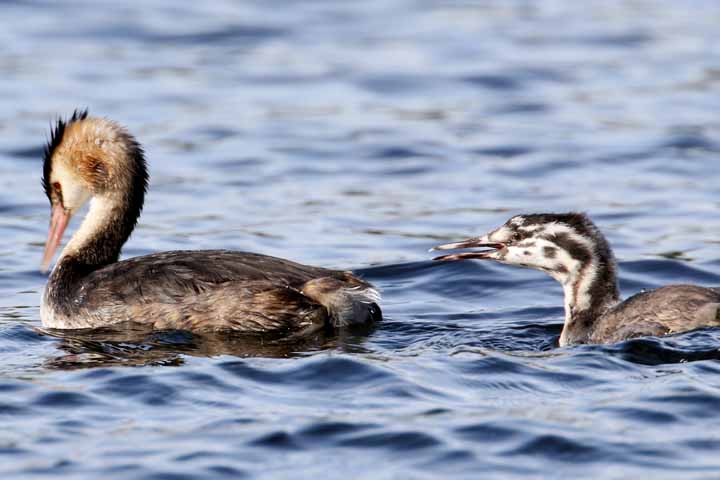 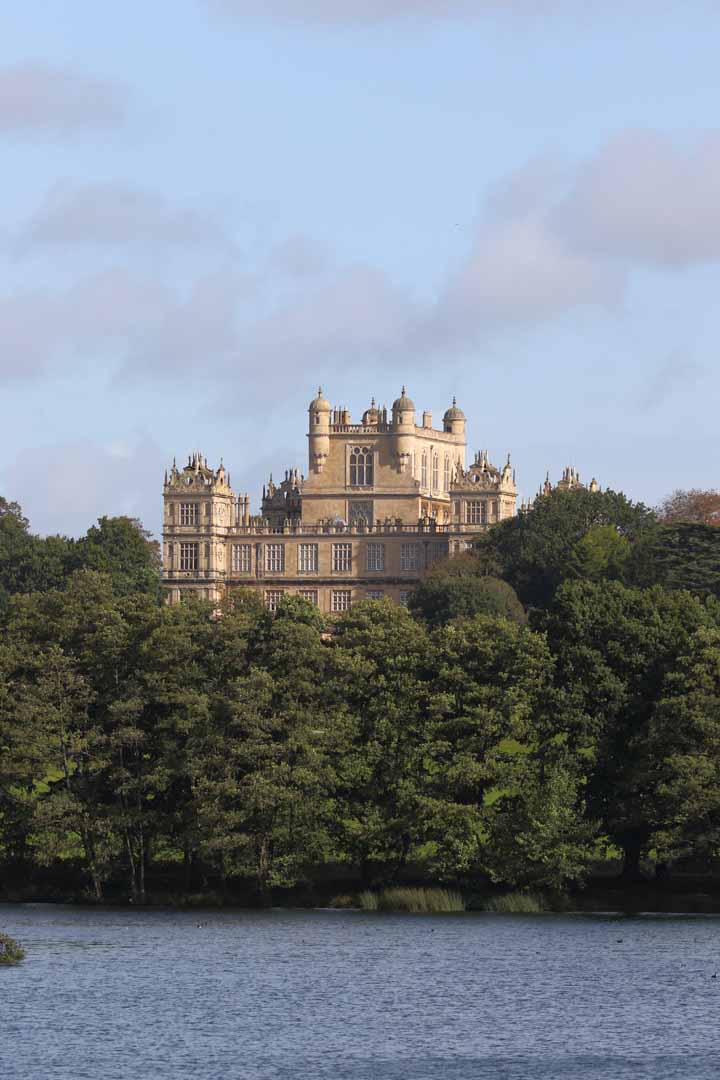 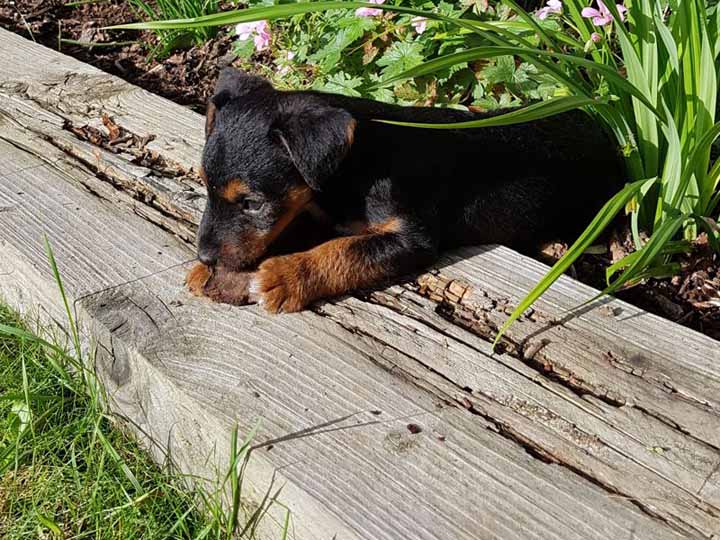 … and (b) the sands of time were for me running out. 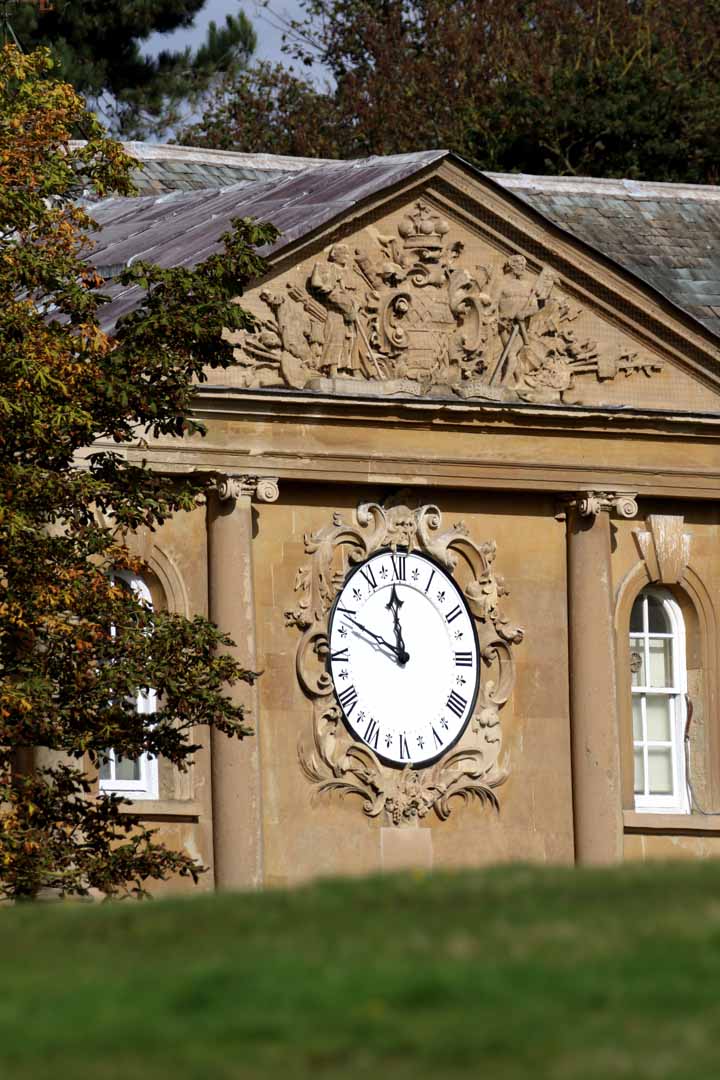 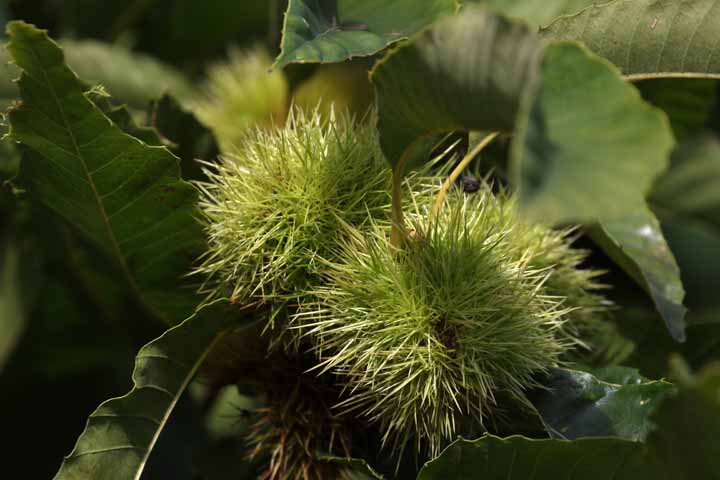