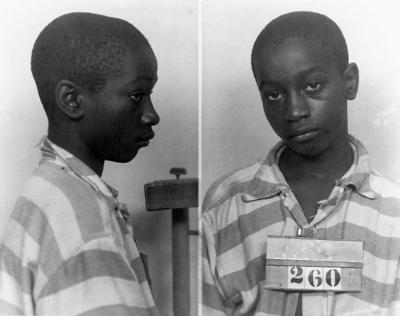 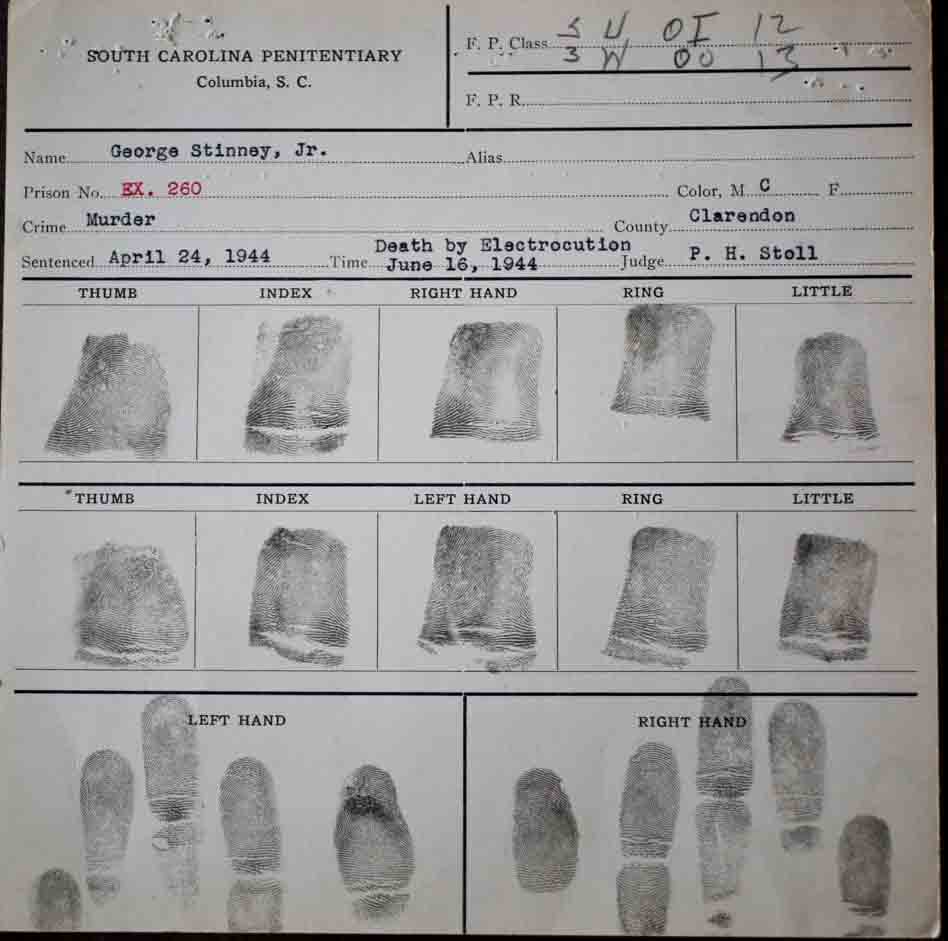 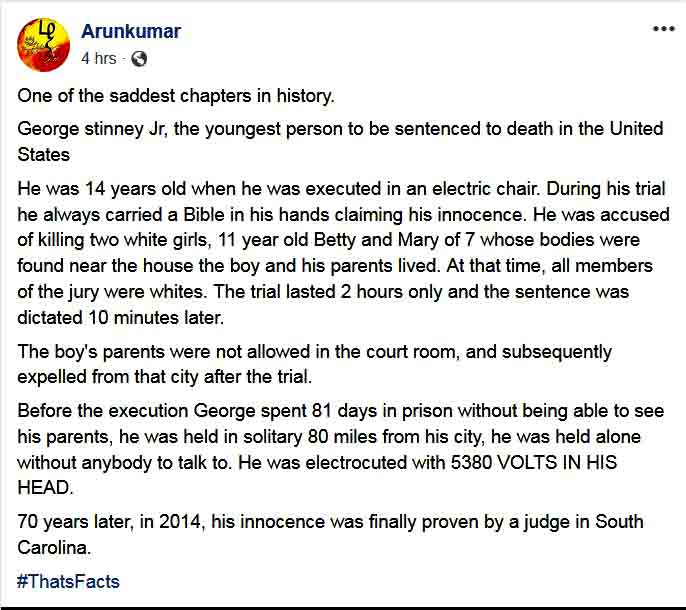 Arunkumar added the four images shown below. That at top left I assume to be authentic and contemporaneous. The other three are stills from a movie scene of the child being led to the electric chair and and strapped in. (Stinney was put to death at 7:30 on the evening of June 16, 1944 at the Central Correctional Institution in Columbia, South Carolina.) 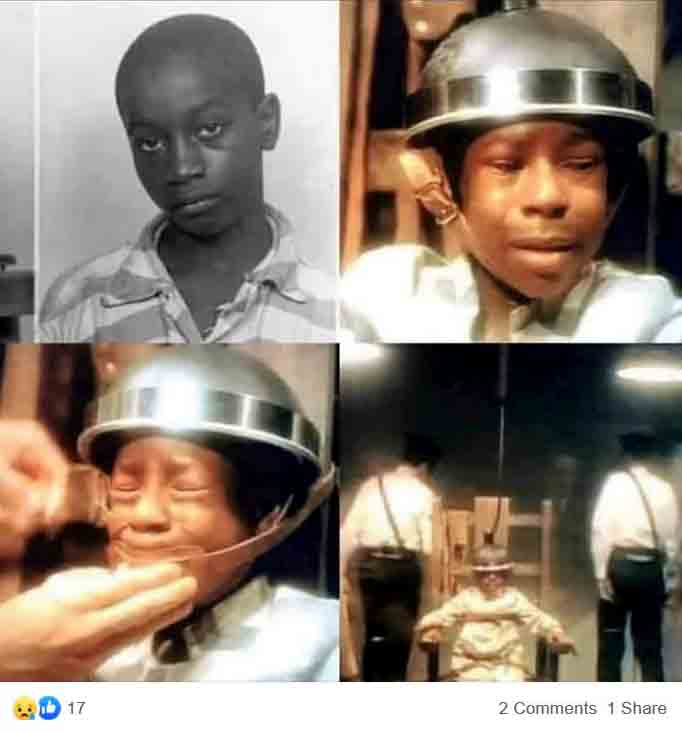 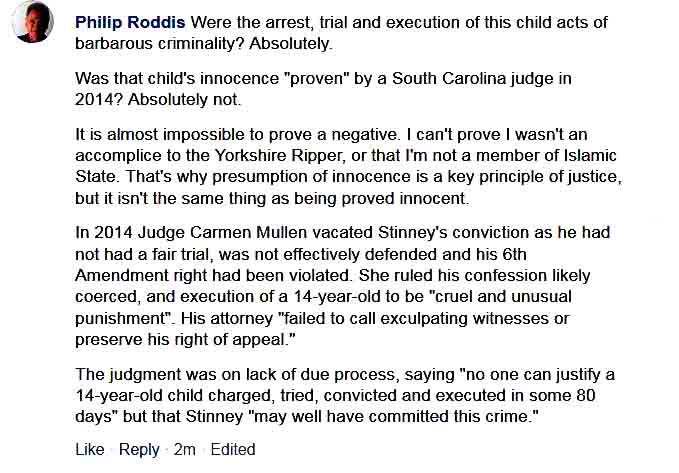 Deep and vicious racism underpins not just the United States but a Western World which had to be racist to legitimate the slavery, colonial plunder and ethnic cleansing on which its wealth is premised. And who would deny that racism features at every turn in the case of fourteen year old George Stinney?

So maybe I’m being pedantic in insisting that this boy has never been “proven innocent”. To be sure, by any number of counts the State of South Carolina stands guilty of crimes far worse. It’s just that, well, I’m a stickler in my old age – see here and here for other examples – for refusing to accept bad arguments, however worthy the cause.