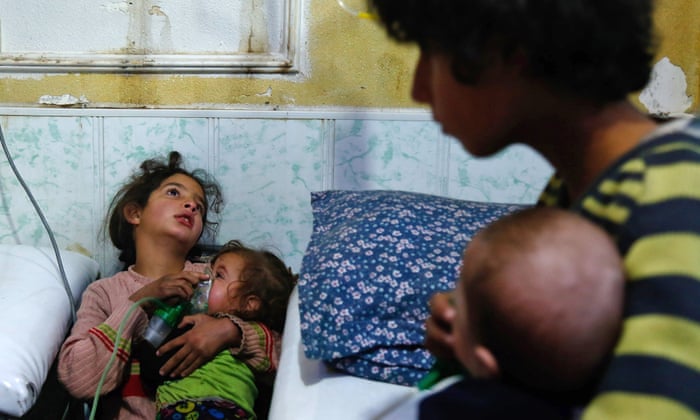 The Nuremberg trials after WW2 found waging aggressive war to be not just a war crime but “the supreme war crime”. For years I have argued, on grounds I won’t revisit here, that what I and others call the West’s dirty war on Syria is a case in point. As were Iraq and Libya.

It seems unlikely the warmongers in chief will ever stand trial for their crimes. Ditto the editors and columnists who, wittingly or not, aided and abetted them. Unlike Goering, Himmler, Jodl, Keitel, Ribbentrop et al, Bush, Blair, Rumsfeld, Cheney, Obama and both Clintons are not in the foreseeable future likely to be on the losing side, far less forced into that state of unconditional surrender which had placed the German leaders in the dock at Nuremberg.

Do you find my comparison extravagant? In bad taste? Why? The reason can’t be body count. At the very least, hundreds of thousands died in the middle east as consequence of the West’s regime change agenda. Many put the figure far higher, well into the millions when the effects of sanctions, and long aftermath of chemical warfare in the forms of depleted uranium and white phosphorous are factored in.

And of course there’s the rise of Islamic State to be considered. And slave markets in Tripoli.

Nor should we forget that for all Trump’s narcissism and irrationality, had Hillary Clinton won in 2016 the war on Syria might have taken us into a very short WW3. The No Fly Zone strategy she had applied in Libya, based on lies and preceding horrendous suffering for its people, promised in the context of Syria to place the USA and Russia on a collision course.

I suspect the Third World War will begin with a claimed atrocity — probably the use of poison gas by a ‘regime’ against ‘its own people’. Such things are now the favorite way to make wars where there was peace … democracy needs a popular pretext for war, and righteous mass outrage about the inhumanity of the enemy is almost invariably effective.

He was speaking of the alleged use of chemical weapons in Douma, and went on to say that:

Within a week, the USA had showered Syria with missiles crammed with high explosives. France and Britain swallowed any doubts they may have had and added their small salvoes, in the usual coalition of the sycophantic …

With these thoughts and no further ado, I commend this step by step breakdown of just one of the many lies by which our leaders and media enlist our consent, or at any rate acquiescence, to the supreme crime of waging aggressive war.