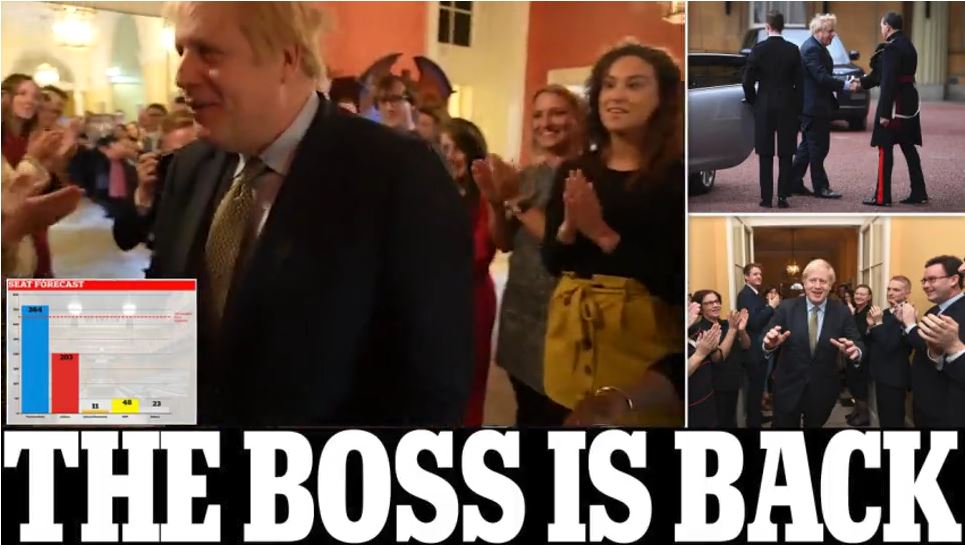 This was an election of two illusions.

The first helped persuade much of the British public to vote for the very epitome of an Eton toff, a man who not only has shown utter contempt for most of those who voted for him but has spent a lifetime barely bothering to conceal that contempt. For him, politics is an ego-trip, a game in which others always pay the price and suffer, a job he is entitled to through birth and superior breeding.

The extent to which such illusions now dominate our political life was highlighted two days ago with a jaw-dropping comment from a Grimsby fish market worker. He said he would vote Tory for the first time because “Boris seems like a normal working class guy.”

Johnson is precisely as working class, and “normal”, as the billionaire-owned Sun and the billionaire-owned Mail. The Sun isn’t produced by a bunch of working-class lads down the pub having a laugh, nor is the Mail produced by conscientious middle managers keen to uphold “British values” and a sense of fair play and decency. Like the rest of the British media, these outlets are machines, owned by globe-spanning corporations that sell us the illusions – carefully packaged and marketed to our sectoral interest – needed to make sure nothing impedes the corporate world’s ability to make enormous profits at our, and the planet’s, expense.

The Sun, Mail, Telegraph, Guardian and BBC have all worked hard to create for themselves “personalities”. They brand themselves as different – as friends we, the public might, or might not, choose to invite into our homes – to win the largest share possible of the UK audience, to capture every section of the public as news consumers, while feeding us a distorted, fairytale version of reality that is optimal for business. They are no different to other corporations in that regard.