I say, I say: why did the magpie help the hedgehog across the road?

No, it’s not a joke. It happened for real, was caught on a dashcam and the footage uploaded to YouTube. So why did the magpie peck at the hedgehog, not once or twice but repeatedly, to hurry it to the far side of the road and out of harm’s way?

The corvid genus takes in crows, magpies, jays, jackdaws, rooks and ravens. All, insofar as we can define and test for such a thing without anthropocentric bias, show high intelligence. But few corvids  ‘pass’ the mirror test: an indicator, some experts say, of self awareness. In fact few animals ‘pass’ it, period. Of the primates, only chimps and orangutans do so unconditionally.

Cats don’t. Dogs, though often wiser than their owners, don’t either. Ants do some of the time. 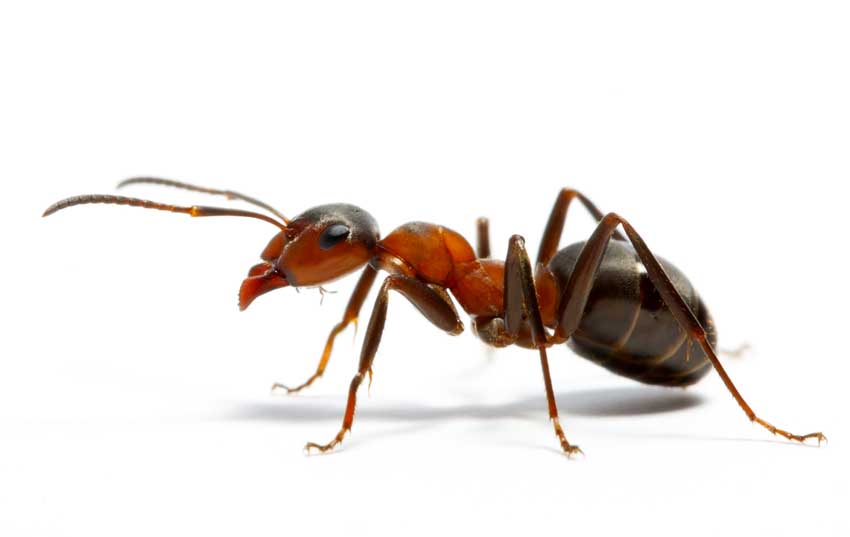 Animals that pass the mirror test have large brains relative to body size, and higher levels of empathy and social awareness. You might wonder about ants passing the test, but the brains of some ant species constitutes 15 per cent of body mass

The mirror test is simple – make a mirror available to the animal and watch how it behaves. When the animal gets used to the mirror, put a mark on part of its body that cannot be viewed without the aid of the mirror. Now observe whether the animal is curious about its reflection and whether it realises that the mark is not part of itself.

Some researchers say only humans and great apes conclusively pass the mirror test, but the following species are generally regarded as capable of doing so – humans, bottlenose dolphins, killer whales, bonobos, orangutans, chimpanzees, elephants, magpies, pigeons, ants and the cleaner wrasse fish. A human will not pass it until two years old. Dogs, cats, horses, parrots, sea lions, octopus and even monkeys have not been shown to pass.

That last remark, on gorilla etiquette, points to the difficulty of eliminating anthropocentrism. T’was ever thus with our attempts to assess ‘intelligence’ in other species. Our most developed senses, those most central to our understandings of the world and communication thereof, just happen to be vision and hearing. In many species, including canines known for their high social intelligence – which I guess presupposes self awareness – vision and even hearing are not the dominant senses. Smell is. Yet the mirror test implicitly elevates sight above the other four.

Back to that magpie though. Why did it help the hedgehog? Pass. Screeds have been written on altruism in our own and other species.1 But if I and many others are right in viewing altruism as enlightened self interest, we must steer clear of reductivism in reading animal behaviour, and append hefty caveats to what are often no more than educated guesses.

And not always well educated ones.2

None of which stops us being thrilled to bits, as exemplified by that YouTube clip (close to 700k views at time of writing) at stories of cross-species altruism.

Did you hear the one about the jackals who saved badger from python? It too leaves us in need of overhauling our understanding of what motivates those with whom we share this earth, often with lethal reluctance; always with high-handed arrogance.

Maybe the jackals fancied python for supper. Maybe they had cubs close by, and saw the snake but not the badger as a threat. I see a problem with these explanations though. Acting on such calculations wouldn’t the jackals, not known for stupidity, wait for the badger to be asphyxiated and eaten, leaving the python helpless? Conclusion one: its demise can’t have been their prime motive in taking on so dangerous an adversary.

Conclusion two: that curmudgeonly badger might have shown a bit more gratitude!

Another question. If we liked snakes a little more, and warm furry things a little less, might we see things differently? Given our tendency, again anthropocentric, to take sides and attribute blame, might we take a dim view of two such formidable mammals – a jackal’s bite strength is greater than a pit bull terrier’s, while no one in their right mind messes with an enraged honey badger – ganging up to play tug of war with a live python?

(Even if the whole affair did kick off with said python’s excessively enthusiastic embrace. Or did it? Who knows what was happening before the camera was switched on? And are we watching unedited footage? Maybe the snake was minding its own business before being pounced on by Old Brock, who then proceeded to get the worst of it. At which point two passing hoodlums – a right pair of jackals who’d maul their own gran just for the practice – piled in for a spot of ultra-violence before calling it a day. It just goes to show; you gotta mind how you go when reading video evidence. Ask the miners at Orgreave, 1984.)

As for the thesis, which gets my vote, of altruism as reducible (but not crudely) to enlightened self interest, well, we humans sure could use a bit more of that. But then, magpies and jackals have one big advantage over us. They never did buy into the capitalism thing.

And if you call me brother now
Forgive me if I inquire
Just according to whose plan?