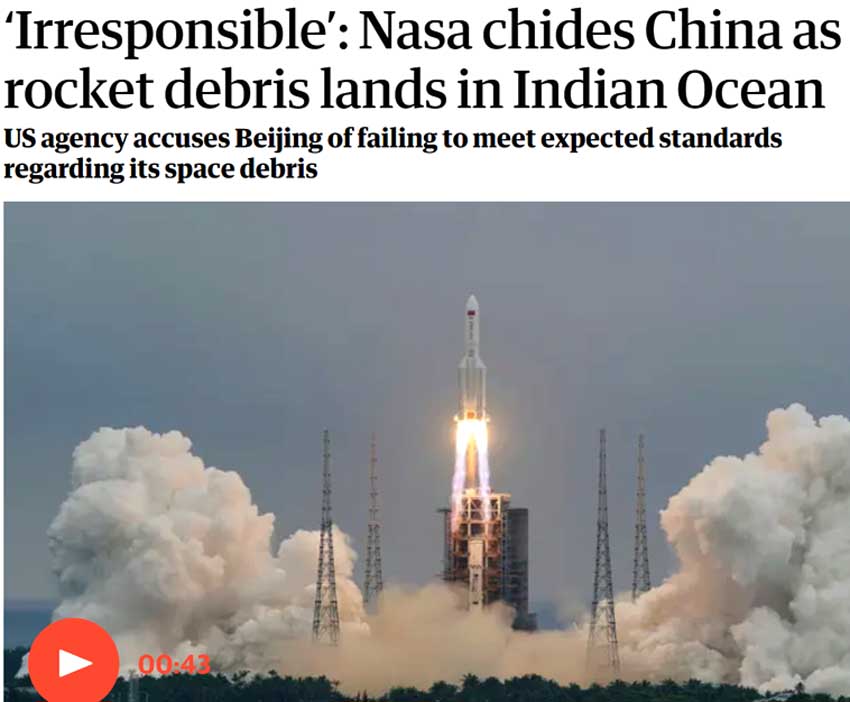 The above is a still from this footage …

… which is billed as showing “debris from China’s largest rocket falling to Earth”. Not only is there no comparable footage for a US rocket launch, but even the caption seems a fib when it is by no means clear from the forty-two second clip that any debris has fallen.

It is critical that China and all spacefaring nations and commercial entities act responsibly and transparently in space to ensure the safety, stability, security and long-term sustainability of outer space activities. It is clear that China is failing to meet responsible standards regarding their space debris.

But of course! As with democratic America’s concern over undemocratic China’s ‘proven’ disregard for human rights …

… Washington’s concern over China’s disregard for the environment has – warning: what follows may contain strong language, nudity or heavy sarcasm – nothing at all to do with a more wide ranging propaganda blitz on China

Which itself has nothing to do with Wall Street alarm at China’s economic rise.