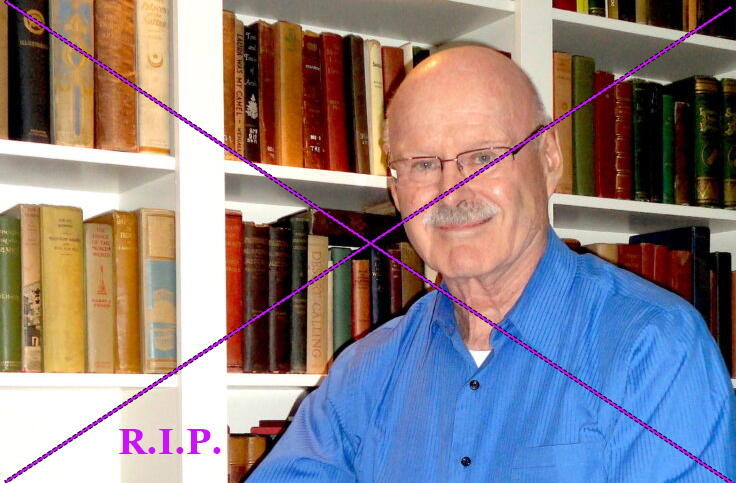 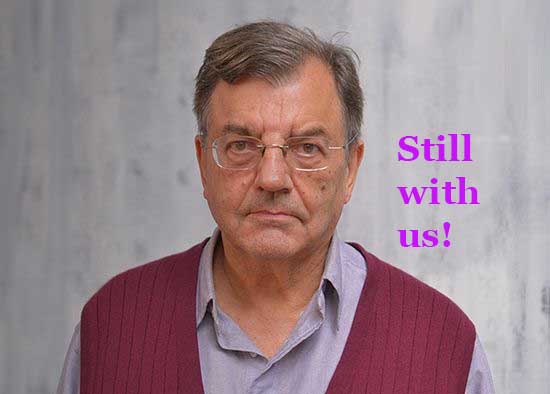 I’m both delighted and embarrassed – more the former – to discover that my news earlier today of economist Michael Hudson’s death was greatly exaggerated.

A comment by bevin, below, showed me that I had the wrong Michael Hudson; a political scientist and Arab scholar with the middle name, Craig. This explains – duh! – why I found no other reference to the death in sources I’d have expected to find it.

Red of face but happy, I’m leaving the post up: as a tribute to the man still living, and to my unseemly haste. Other than the small matter of my Michael Hudson – as luck would have it, also eighty-two – still drawing breath, I stand by my words.

With sadness I learned today1 of the death two weeks ago, aged eighty-two, of the man Paul Craig Roberts – a Reagan appointee at the US Treasury but now among the growing ranks of former establishment figures turned empire critics – called “our greatest living economist”.

For its part wiki says this:

Michael Hudson is a Professor of Economics at the University of Missouri–Kansas City and a researcher at the Levy Economics Institute at Bard College, former Wall Street analyst, political consultant, commentator and journalist. He is a contributor to The Hudson Report, a weekly economic and financial news podcast produced by Left Out.

Hudson worked as a balance of payments economist at Chase Manhattan (1964–1968). He was Assistant Professor of Economics at the New School for Social Research (1969–1972) and in the eighties and nineties  worked for various governmental and non-governmental organizations as an economic consultant.

Hudson has extensively studied many economic schools, including  physiocracy,  classical political economy (Smith, Ricardo, George and Marx),  neo-classical, Keynesian, post-Keynesian, modern monetary theory, Georgism and others. He identifies himself as a classical economist. His interpretation of Marx is almost unique to him and differs from major Marxists.

He has devoted his career to the study of debt, both [US] domestic (loans, mortgages, interest payments), and external. He consistently argues that loans and exponentially growing debts outstrip profits from the real economy and are disastrous for government and the people of the borrowing state, as they wash money (payments to usurers and rentiers) from turnover, not leaving them funds to buy goods and services, leading to debt deflation.2 Hudson notes that dominant economic theory, Chicago School in particular, serves rentiers and has developed a special language designed to reinforce the impression that there is no alternative to the status quo. In a false theory, the parasitic encumbrances of a real economy, instead of being deducted in accounting, add up as an addition to the gross domestic product and are presented as productive …

But Michael’s integrity, incisive intellect and dissections of the realpolitik beneath the lies on what the hot wars in the middle east – and fast warming ones on China and Russia – are truly about brought him a following far beyond the arcane corridors of academia.

His Junk Economics became a seminal text for the politically awakened, much as Naomi Klein’s Shock Doctrine did for radical liberalism. He featured frequently on this site, in part through my masthead quotes …

… but more importantly in my posts, including but by no means confined to these:

…[now] suppose an American diplomat makes the following proposal to the leaders of countries in debt to China, Russia and the AIIB:3

Now you’ve got your increased production in place, why repay? We’ll make you rich if you stiff our adversaries and turn back to the West. We and our European allies will support your assigning your nations’ public infrastructure to yourselves and your supporters at insider prices, and give these assets market value by selling shares in New York and London. Then, you can keep the money and spend it in the West.

Energetic to the end, Michael Hudson will be a hard act to follow and a presence sorely missed by all who – knowing on the one hand the criminal lengths to which Empire will go in the face of so serious a challenge as China Rising, on the other how ill served we are by systemically corrupt media – held in the highest regard the calm, icy brilliance of his writings.