They have plundered the world, stripping naked the land in their hunger… They are driven by greed, if their enemy be rich; by ambition, if poor…. They ravage, they slaughter, they seize by false pretenses, and all of this they hail as the construction of empire. And when in their wake nothing remains but a desert, they call that peace. Tacitus, AD 56-120.

Yesterday corporate media offered accounts of the US withdrawal of troops from Afghanistan. Here are the Guardian and Washington Post on the subject. As ever their redactions leave us with huge questions unanswered. What does it mean that, after twenty years of occupation, the US and its allies have fled overnight, Saigon ’75 style, from that stubborn land where Zbigniew Brzezinski 1 once baited a trap to entice the USSR into its very own Vietnam? 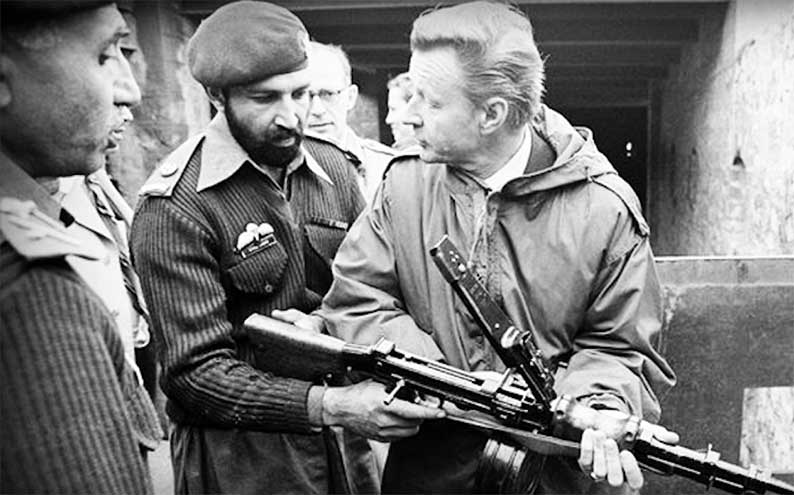 Brzezinski in Afghanistan, 1981, with a man often (but disputedly) said to be Osama bin Laden

Writing in The Economist today, Editor in Chief Zanny Mintoe Beddoes bewails first America’s loss of face, and second the imminent return of a brutal theocracy.

America has been fighting 20 years, spent over $2trn, lost thousands of its troops and seen the death of tens of thousands of Afghans. Now it is calling an end to the whole sorry adventure, with almost nothing to show for it. There will be a long debate about how the withdrawal saps US credibility and prestige. But there is no disputing the withdrawal is a calamity for the people of Afghanistan. The Taliban are likely to insist on a return to the brutal theocracy of their previous stint in power. America was never going to solve all Afghanistan’s problems, but to leave the country back at square one is a sobering failure.

I don’t expect a lot of sense from corporate media on something as important as this. But here’s Pepe Escobar on the subject, in the Asia Times, yesterday. I’ve yet to read a Pepe Escobar piece – and I’ve read dozens – that left me wondering why I bothered.

A Saigon moment in the Hindu Kush

The Taliban are on a roll. Earlier this week they claimed 218 Afghan districts of 421 – capturing new ones every day. Entire provinces are lost to the government in Kabul, now administering a few scattered cities under siege.

… on July 1, the Taliban said they controlled 80% of Afghan territory: close to the situation 20 years ago, just before 9/11, when Commander Ahmad Shah Masoud told me in the Panjshir valley, as he prepared a counter-offensive, that the Taliban were 85% dominant.

Their new tactical approach works. First, a direct appeal to soldiers of the Afghan National Army (ANA) to surrender. Negotiations are smooth and deals fulfilled. Soldiers in the low thousands have already joined the Taliban without a shot fired. 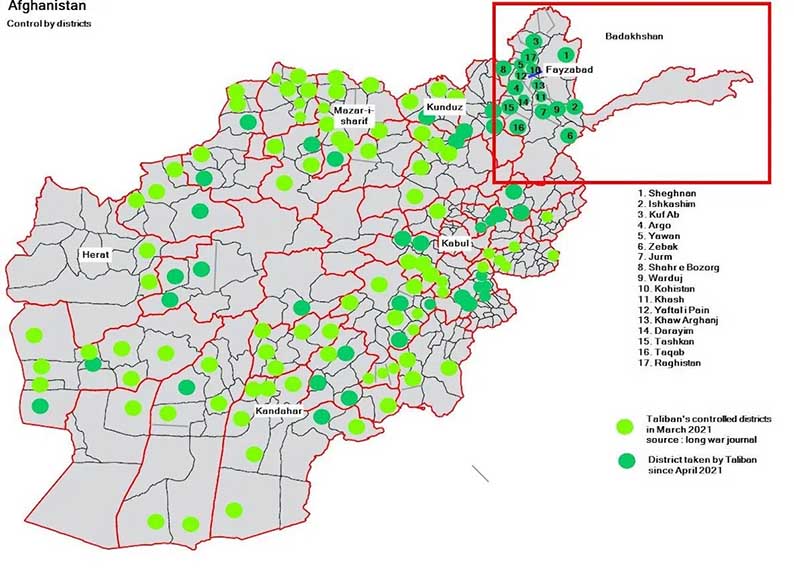 The Taliban are fast advancing in western Vardak, easily taking ANA bases. If they gain Vardak, they will be at the gates of Kabul …

… Afghans themselves have been stunned to see how the imperial “protector,” after nearly two decades of de facto occupation, left Bagram airbase in the middle of the night.

… On the US empire, Tacitus applies: “They have plundered the world, stripping naked the land in their hunger… They are driven by greed, if their enemy be rich; by ambition, if poor…. They ravage, they slaughter, they seize by false pretenses, and all of this they hail as the construction of empire. And when in their wake nothing remains but a desert, they call that peace.”

What China and SCO want

Compare the above with China’s approach … Beijing, in contact with the Taliban since early 2020, wants to extend the $62 billion China-Pakistan Economic Corridor (CPEC) – one of the Belt and Road Initiative flagship projects – to Afghanistan. 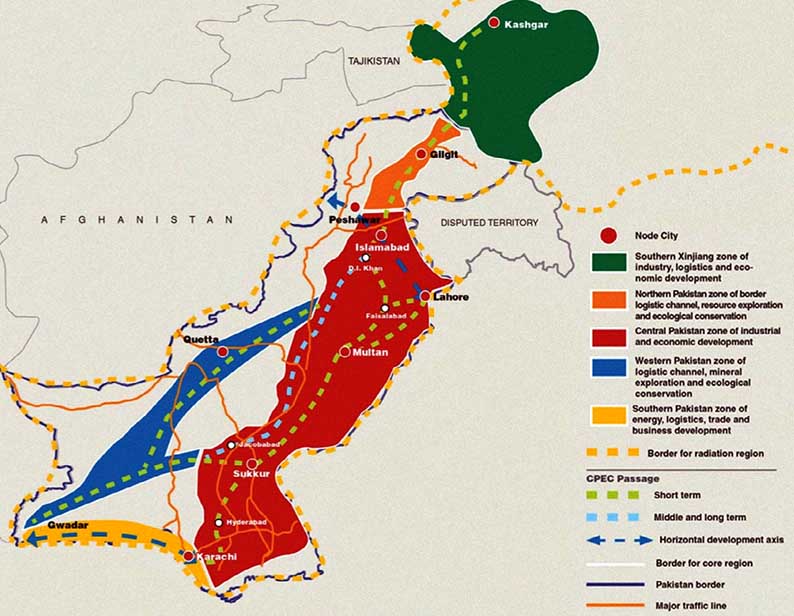 The first, crucial step will be construction of the Kabul-Peshawar motorway through the Khyber Pass and current border at Torkham, making Afghanistan part of CPEC.

It’s regional integration. Kabul-Peshawar will be an extra node in a CPEC that already includes construction of the ultra-strategic Tashkurgan airport on the Karakoram highway in Xinjiang, 50 km from the Pakistan border; close to Afghanistan and to Gwadar port in Baluchistan. 2

In early June, a China-Afghanistan-Pakistan meeting led China’s Foreign Ministry to bet on the “peaceful recovery of Afghanistan,” with the joint statement welcoming “the early return of the Taliban to the political life of Afghanistan” and a pledge to “expand economic and trade ties.”

There’s no way a dominant Taliban will refuse China’s drive to build infrastructure and energy projects geared to regional economic integration – the mullahs’ side of the deal being to keep the country pacified and not subject to jihadi turbulence of the ISIS variety spilling into Xinjiang.

The Chinese gameplay is clear: the Americans should not be able to exert influence over the new Kabul arrangement. It’s all about the strategic Afghan importance for Belt and Road – and that is intertwined with discussions inside the Shanghai Cooperation Organization (SCO), incidentally founded 20 years ago, and which for years has advocated for an “Asian solution” for the Afghan drama.

Even if – nay, especially if – total reliance on Western media has led you to take it as axiomatic that Taliban ascendance – in cahoots with Uighur-crushing China (spot the clash of narratives here?) – is the worst fate that could possibly befall Afghanistan after the honest efforts of an error prone but essentially benign USA and its junior partners have come to naught, I cannot recommend too highly a reading of Pepe’s full piece.