What Douglas Baker posted was a link to the CovertAction piece I too had linked from the final paragraph of my earlier post, NATO Expansion map Mark II. That piece poses three questions to pierce the myth of the USA as a force for good.

This, it seems, was three too many for Mr Baker’s fellow American, David Spinelli. 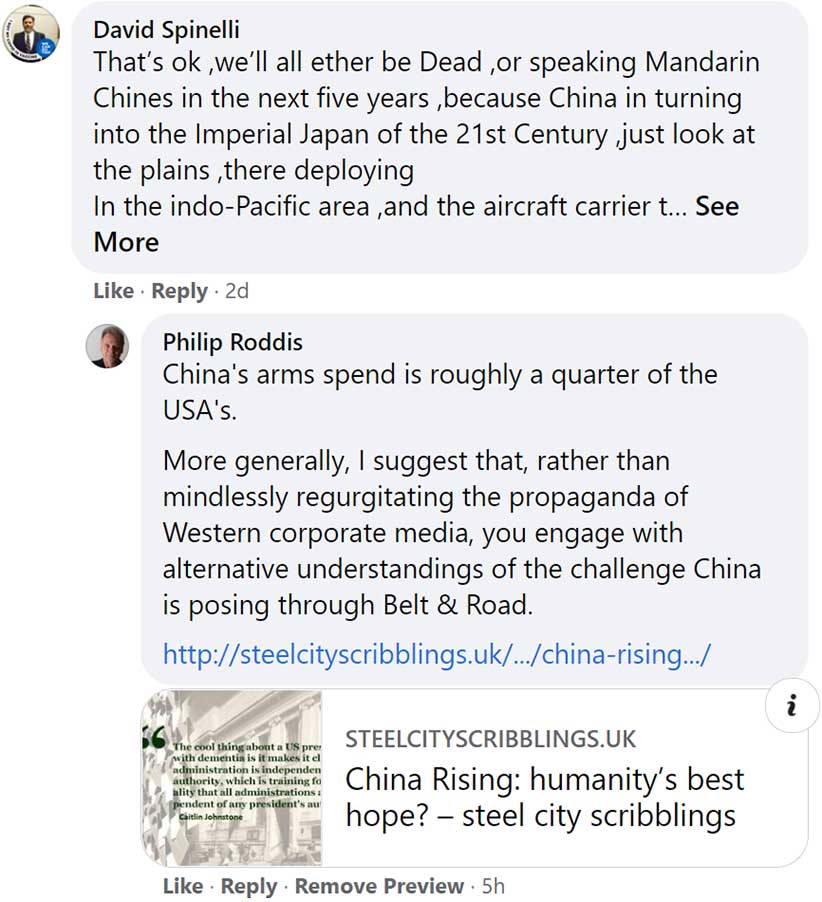 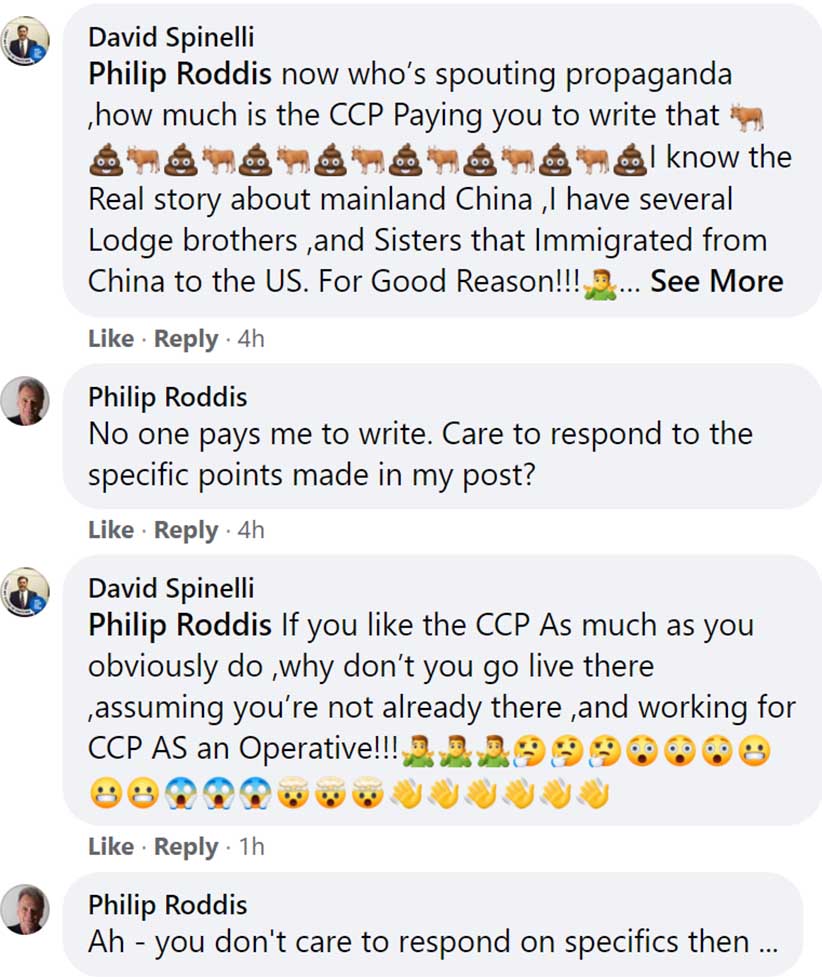 Very few do. It’s far easier to go with the flow of mainstream narratives – West Good, China Baad – than engage with actual facts.

Incidentally, I won’t make a habit of reproducing here the imbibed opinions of every clueless flag waver for what Mr Baker rightly called the No 1 terrorist country on earth. It’s just that, following my recently announced decision to pivot to China, I’m marking out the turf.