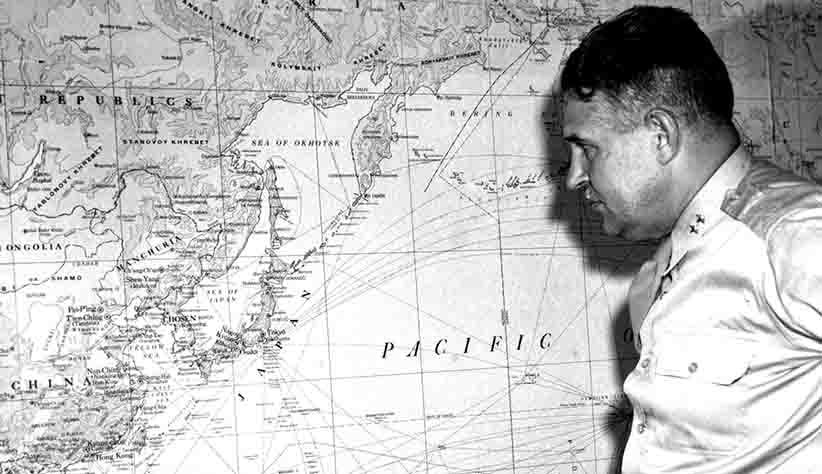 In a closely argued piece for CounterPunch on the seventy-fifth anniversary 1 of Hiroshima, Belgian born historian Jacques Pauwels, now a Canadian citizen, explores why it happened.

Mythmaking and the Atomic Destruction of Hiroshima and Nagasaki

Myth: The war in the Far East only ended in the summer of 1945, when the US president and his advisors felt that, to force the fanatical Japanese to surrender unconditionally, they had no other option than to destroy not one but two cities, Hiroshima and Nagasaki, with atom bombs. This decision saved the lives of countless Americans and Japanese who would have perished if the war had continued and required an invasion of Japan.

Reality: Hiroshima and Nagasaki were destroyed to prevent the Soviets from making a contribution to the victory against Japan, which would have forced Washington to allow Moscow to participate in the postwar occupation and reconstruction of the country. It was also the intention to intimidate the Soviet leadership and thus to wrest concessions from it with respect to the postwar arrangements in Germany and Eastern Europe. Finally, it was not the destruction of Hiroshima and Nagasaki, but the Soviet entry into the war against Japan, which caused Tokyo to surrender.

With the German capitulation in early May 1945, the war in Europe was over. The victors, the Big Three, now faced the complex and delicate problem of the postwar reorganization of Europe. The United States had entered the war rather late, namely in December 1941. And the Americans only started to make a major contribution to the victory against Germany with the landings in Normandy in June 1944, that is, less than one year before the end of the hostilities in Europe.

When the war against Germany came to an end, however, Uncle Sam occupied a seat at the table of the victors, ready and eager to look after his interests, to achieve what one might call the American war aims. (It is a myth that the presumably deeply isolationist Americans just wanted to withdraw from Europe: the country’s political, military, and economic leaders had urgent reasons for maintaining a presence on the old continent.)

The other big victorious powers, Britain and the Soviet Union, also looked to pursue their interests. It was clear that it would be impossible for one of the three to “have it all”, that compromises would have to be reached. From the American point of view, the British expectations did not present much of a problem, but Soviet aspirations were a concern. What, then, were the war aims of the Soviet Union?

As the country that had made the biggest contribution by far to the common victory over Nazi Germany and suffered enormous casualties in the process, the Soviet Union had two major objectives. First, hefty reparation payments from Germany as compensation for the huge destruction wrought by Nazi aggression, a demand similar to the French and Belgian demands for reparations payments from the Reich after World War I.

Second, security against potential future threats emanating from Germany. These security concerns also involved Eastern Europe, especially Poland, a potential springboard for German aggression against the USSR. Moscow wanted to ensure that in Germany, Poland, and other Eastern European countries, no regimes hostile to the Soviet Union would ever come to power again.

The Soviets also expected the Western allies to certify their recuperation of territories lost by revolutionary Russia during the Revolution and the Civil War, such as “Eastern Poland”, and to recognize the metamorphosis of the three Baltic states from independent countries to autonomous republics within the Soviet Union.

Finally, now that the nightmare of the war was over, the Soviets expected that they would be able to go back to work on the construction of a socialist society. It is well known that the Soviet supremo, Stalin, was a firm believer in the idea that it was possible and even necessary to create “socialism in one country”, hence the hostility between him and Trotsky, an apostle of worldwide revolution.

Less well known is the fact that, as the war came to an end, Stalin did not plan to install communist regimes in Germany or in any of the Eastern European countries liberated by the Red Army, and that he also discouraged communist parties in France, Italy, and elsewhere in Western Europe, liberated by the Americans and their allies, from trying to come to power. He had already formally stopped promoting worldwide revolution in 1943, when he dissolved the Comintern, the communist international organization created for that purpose by Lenin in 1919.

This policy was resented by many communists outside of the Soviet Union, but it pleased Moscow’s Western allies, especially the US and Britain. Stalin was eager to maintain good relations with them, because he needed their goodwill and cooperation to achieve the objectives, described above, aimed at providing the Soviet Union with reparations, security, and the opportunity to resume work on the construction of a socialist society. His American and British partners had never indicated to Stalin that they found these expectations unreasonable. To the contrary, the legitimacy of these Soviet war aims had been recognized repeatedly, either explicitly or implicitly, in Tehran, Yalta, and elsewhere …