The real Xinjiang story is not so difficult to understand:

I’ve yet to see any evidence whatsoever challenging this basic understanding.

Whether through credulity or worse, NGOs like Amnesty International and Human Rights Watch are acting as advance ideological guards for the US Empire. See Professor Tim Hayward on how it worked in Syria. This is the context for my exchanges, yesterday and this morning, below an Amnesty International appeal to “end persecution” – have you stopped beating your wife yet? – of its Uighurs in Xinjiang.

How many, I wonder, of those who buy this particular aspect of the West’s vilifying of all things China could even locate that geostrategic hotspot on a map? 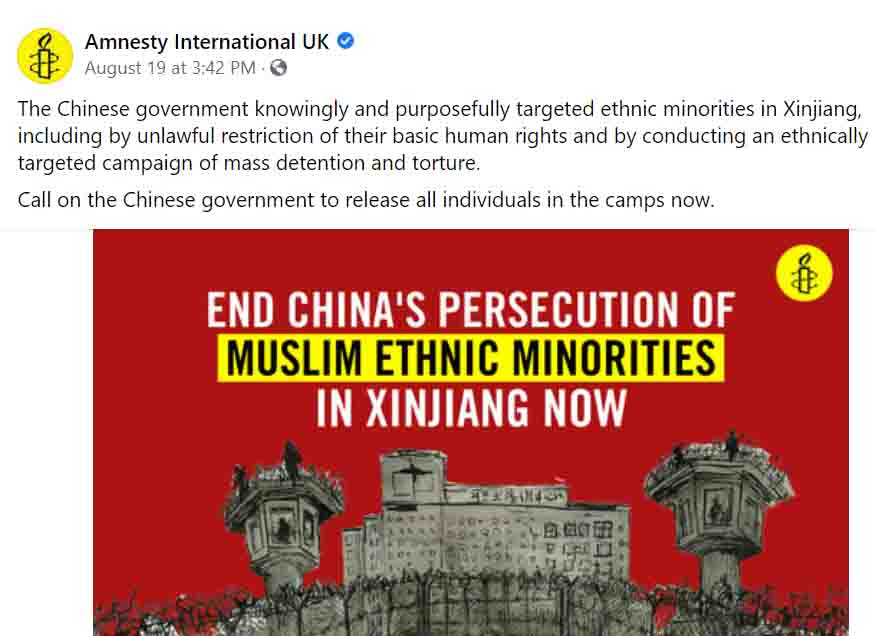 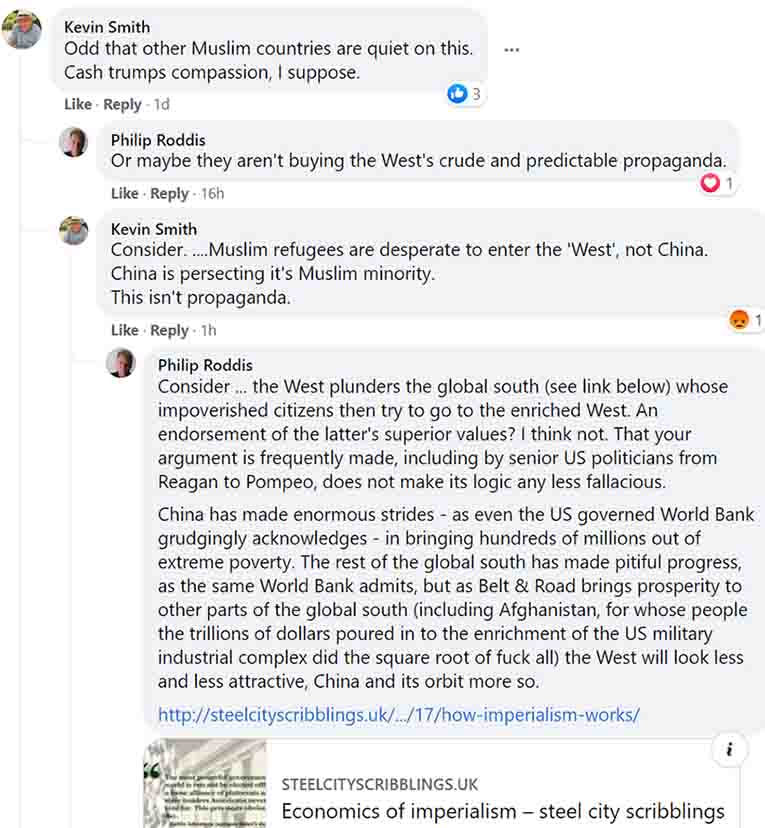 Fallacious or not, Mr Smith’s second comment – Muslim refugees desperate to enter ‘the West’ – is a non sequitur, 2 useful only for its showcasing of the gloopy thinking I encounter over and over on Empire issues from the brainwashed indignant. 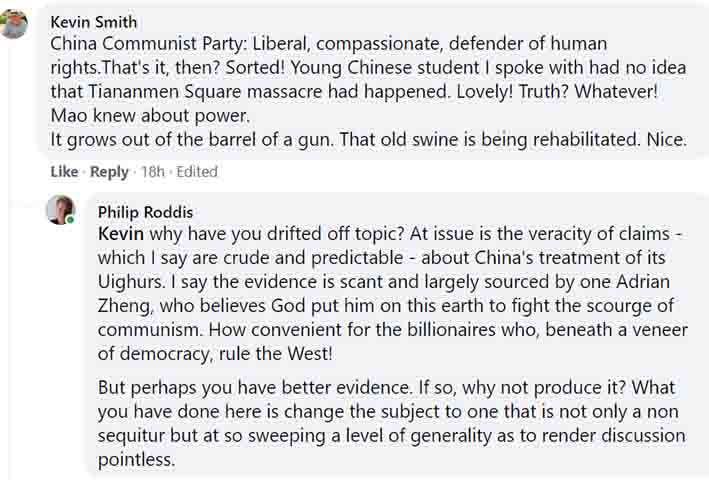