Posted two days ago on Facebook by the Free Assange Committee (Germany). 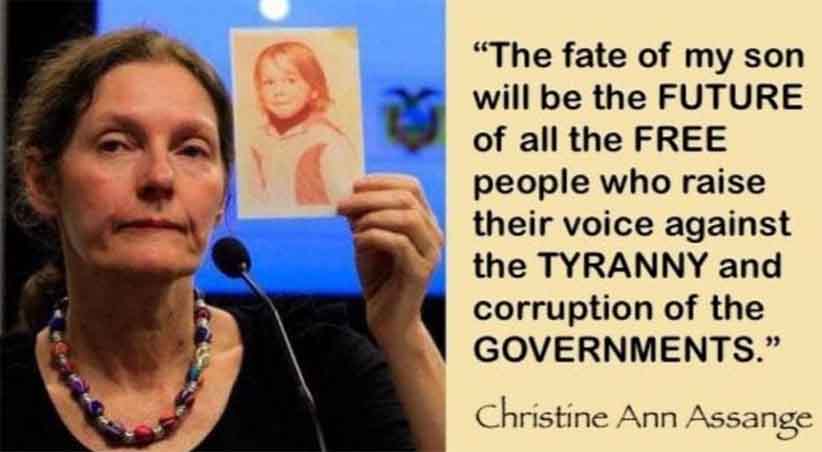 A day later, yesterday, Christine’s words were shared by Sandra Engelking – see the latter’s post here. They drew this response from one Tom Griffiths:

I do occasionally wonder if Assange would have blown the location of the D-day landings. You know, in the interests of “freedom”.

I’ve heard this ‘argument’ before of course, its staggering ignorance revealing less about those making it (other than the depth of their credulity) than the vilification and disinformation from all sections of corporate media, often by journalists themselves credulous fools. 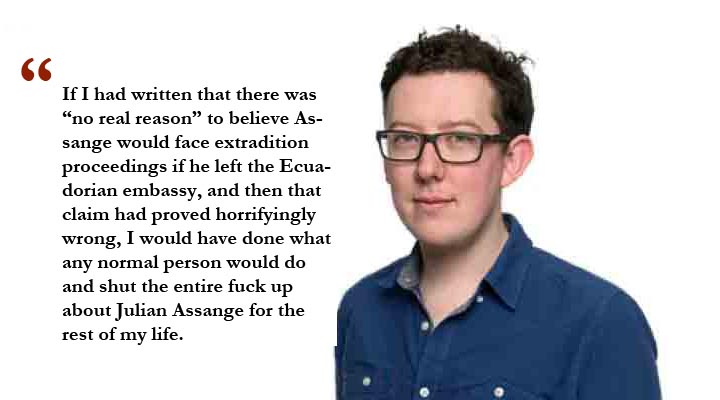 Not that their credulity lets them off the hook.

Nor does that of Tom Griffiths let him off the hook. He chose to make his smugly know-nothing gibe below the words of a mother whose son has been incarcerated for a decade, and faces the very real prospect of spending the rest of his days in America’s infamous penal system.

Why would anyone, however brainwashed, do this? Pass. I responded only on the factuals.

Tom Griffiths. Julian Assange showed far more care about what was revealed, and what redacted, than did the Guardian he entrusted with that vast cache of evidence on the extent of the criminality of those who rule us.

It was David Leigh, co-author with Luke “Honest” Harding of Wikileaks-the-book, who released the password which allowed hundreds of thousands of unredacted cables to be downloaded by anyone paying attention.

Oddly enough, at the extradition hearing, Judge Baraitser allowed Leigh to claim that Julian had said anyone who lost their life as a result of wikileaks revelations “had it coming to them”. The one person in the room in a position to corroborate that allegation categorically denied that Julian said any such thing. But Baraitser forbade him from giving evidence on this point.

That hearing was a circus, and there are grounds – happy to spell them out if you want to actually engage as opposed to lobbing in snidely non commital [sic] asides – to suppose its superficially favourable outcome was a show of fair play, with the written reasons a set up for US appeal.

Your comment, alas, bespeaks a depth of ignorance fully consistent with getting all your news and opinions from corporate media whose business models ensure their allegiance, on all matters of critical importance, is not to truth but to power. 1

I strive for practical reasons to remain civil in such exchanges. Tom Griffiths’ views are widely held, and I leave room for the possibility that some folk may be shifted by reason and evidence. I was sharp in tone here because I found Mr Griffiths’ complacent clever-dickery – on a thread Julian’s anguished mother may well see – objectionable.