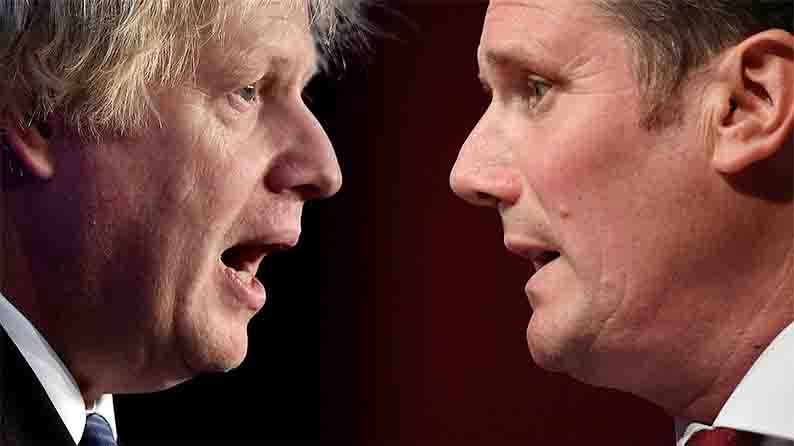 … this leader of the opposition, a former director of public prosecution … used his time prosecuting journalists and failing to prosecute Jimmy Savile – Boris Johnson

This was not the usual cut and thrust of politics; it was an inappropriate and partisan reference to a horrendous case of child sex abuse – Munira Mirza 1

… unthinkable that Starmer was not consulted on the decision to shelve the Savile case – what do they expect us to believe his role was? Ordering paperclips? – Craig Murray

Writing yesterday on his Blog from Nazareth, Jonathan Cook dissects with that calm lucidity of his the hypocrisy overlaying, the ugly truths underpinning, and the Alice-in surreality (it’s hard to read that “prosecuting journalists” as other than a reference to Julian Assange 2 ) of the media frenzy over BoJo’s depiction of Keir Starmer as the man who let Jimmy Savile off the hook.

Didn’t those enraged at Boris Johnson’s ‘smears’ of Starmer defame Corbyn at every turn?

“Why is Boris Johnson making false claims about Starmer and Savile?” runs a headline in the news pages of the Guardian. It is just one of a barrage of indignant recent stories in the British media, rushing to the defence of the opposition leader, Sir Keir Starmer.

The reason? Last week the British prime minister, Boris Johnson, blamed Starmer, now the Labour party leader, for failing to prosecute Jimmy Savile, a TV presenter and serial child abuser, when his case came under police review in 2009. Between 2008 and 2013, Starmer was head of the Crown Prosecution Service (CPS). Savile died in 2011 before he could face justice.

Johnson accused Starmer, who at the time was Director of Public Prosecutions, of wasting “his time prosecuting journalists and failing to prosecute Jimmy Savile”.

The sudden chorus of outrage at Johnson impugning Starmer’s reputation is strange in many different ways. It is not as though Johnson has a record of good behaviour. His whole political persona is built on the idea of his being a rascal, a clown, a chancer.

He is also a well-documented liar. Few, least of all in the media, cared much about his lying until now. Indeed, most observers have long pointed out that his popularity was based on his mischief-making and populist guise as an anti-establishment politician. No one, apart from his political opponents, seemed too bothered.

And it is also not as though there are not lots of other, more critically important things relating to Johnson to be far more enraged about, even before we consider his catastrophic handling of the pandemic, and his raiding of the public coffers to enrich his crony friends and party donors.

Johnson is currently embroiled in the so-called “partygate” scandal. He  attended – and his closest officials appear to have organised – several gatherings at his residence in Downing Street in 2020 and 2021 at a time when the rest of the country was under strict lockdown. For the first time the public mood has shifted against Johnson.

12 Replies to “The weirdness of BoJo’s Savilegate”