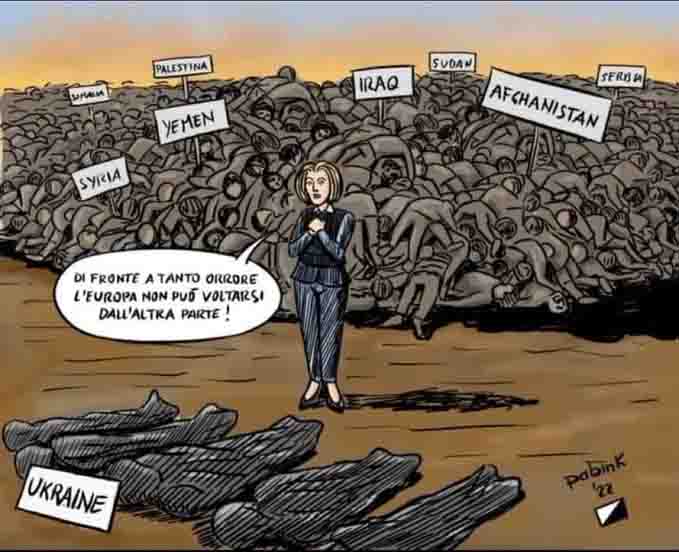 “in the face of so much horror, Europe cannot turn away”

Not with Washington twisting its arm, it can’t.

3 Replies to “Ursula weeps for Ukraine”