Martin Kettle being one of the less vapid Guardian columnists, when I saw his piece yesterday – under the uncontroversial title, Sunak’s job now is not about securing a Tory win, but merely avoiding an electoral disaster – I read it carefully. Until I got to this:

Sunak  … made bad and significant errors at the Treasury. His commitment to Brexit is bizarre for someone so economically literate …

My argument with that passage is not over Brexit. For all my detestation of the EU I thought the timing and manner of leaving disastrous. No, it’s that bizarre description – without a word of substantiating detail – of the newly crowned prime minister as “so economically literate” that sent my eyebrows skywards. I mean to say, what the actual fuck?!?

Even with his inherited chancellor, a man known for being canny with money … 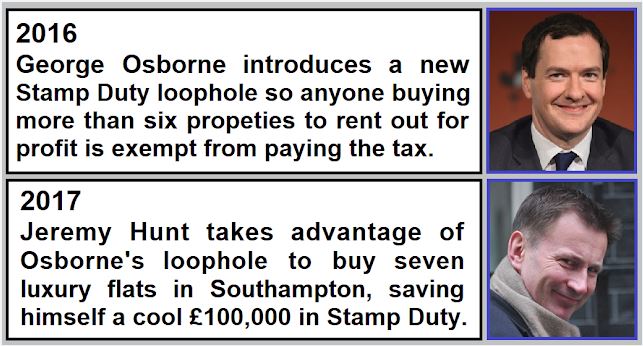 … still in post – and even when it’s tucked into a paragraph whose overall thrust is rather less gushing – we’d have to be lacking in economic literacy ourselves to describe the occupants of 10 and 11 as “so-o economically literate”.

Modern monetary theorists Danny Blanchflower and Richard Murphy think so too. Two days ago they took to the British tabloid, the Mirror, with an open letter to the Downing Street duo.

We listened as the Prime Minister yesterday warned of “difficult ­decisions to come”.

We listened in disbelief to the Chancellor saying recently that “efficiency savings” might be required from every government department over coming months.

We know you mean cuts in the essential services on which we all rely, including the NHS. We believe these are unnecessary. We both predicted Liz Truss would wreck the economy before she became Prime Minister.

Our fear now is that the British people will inevitably pay the price for this – and we don’t think that is necessary.

Yes, Ms Truss has left the country in a mess. Inflation is high but probably near its peak. It should fall next year.

Despite that, interest rates are rising and will probably do so into 2023, when forecasts suggest mortgage rates could exceed 6%, costing householders maybe £500 extra a month.

Energy price caps will not be in place for many next winter. As a result, millions of households will be unable to pay bills if nothing happens to address this crisis.

None of this is a reason to shift the cost of clearing up the mess Ms Truss created to households that can’t afford it. You are wrong to do that and it’s not necessary. Our plan would be very different:

But what would we do with the well over £100bn we have just found for the government to use? First, we’d end the threat of cuts. These simply aren’t possible anyway unless the Government is planning to scrap the armed forces or stop children under 12 going to school. There is literally no slack available in the public services now. We use these examples to show how absurd the Government’s demand is.

What is more, we’d encourage inflation-matching pay rises in the public sector, because unless people have enough to spend the economy will collapse and unemployment will rise. Given that inflation always passes over time anyway, there is no reason not to do this – except mean-spiritedness. In the US, pension benefits are set to rise 8.7% next year.

We would also challenge the Bank of England’s policy of increasing interest rates, which cannot in any way stop inflation caused by increases in worldwide gas and food prices.

Mr Hunt says he will not interfere with the Bank’s decisions on interest rates. We say he has a duty to do so, because they will be so destructive for UK households.

It’s our belief that stopping rate increases now is essential: we cannot afford the millions who might be homeless if that does not happen. If there is a small price in terms of inflation (which we doubt), so be it. What is more important? Low inflation or roofs over heads? In any case, the Monetary Policy Committee has been asleep at the wheel and needs a kick in the pants.

After that, we’d also challenge Mr Hunt’s choice of economic advisers: they’re all bankers, all wealthy and all London-based, reflecting one opinion – which is that austerity works. They are the ones who will benefit from the lifting of the cap on bankers’ bonuses. We don’t need that type of thinking now. We need the best creative minds, who know about poverty and inequality and can work out how to save the country from misery.

The ones Mr Hunt has chosen will instead be working on how to save the Tories’ election chances, which is not the nation’s priority.

Our message is clear: austerity MUST NOT happen. The economy can survive if you stand up for ordinary people right now and take on the bankers and their thinking.

Yes, it will take courage. But we look forward to hearing you might do this – because we need it very badly right now.

Had the Guardian run the above, scores of comments would have followed. In the Mirror, it drew just one. PJH wrote:

Ah. That esteemed ex-accountant and his money-printer-go-brrrr ideas which would bankrupt the whole country. Who better to advise the government on how to stop spending on diversity and inclusion tzars and reform the NHS so it’s less of a black hole of a money pit.

No Mr. Murphy. When your idea of ‘competitive’ involves forcing people to invest their pensions in 2% bonds while inflation is galloping along at 10% I’m afraid you simply don’t know what you’re talking about.

I thought for a moment to respond to such know-nothing drivel on grounds, including a reply to that “ex accountant” sideswipe, set out in Magic Money Tree Part Two. Then I remembered I’d better things to do that day – or indeed, any other.