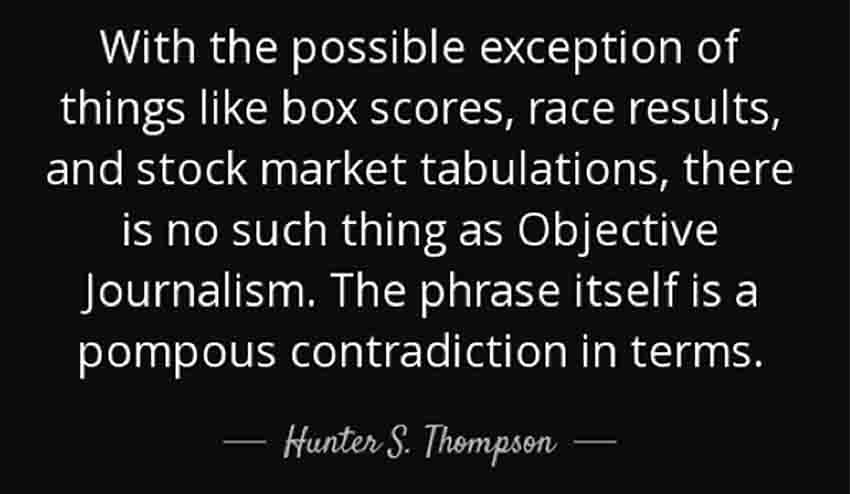 I feel like we haven’t been talking enough about the fact that US government agencies were just caught intimately collaborating with massive online platforms to censor content in the name of regulating the “cognitive infrastructure” of society. The only way you could be okay with the US government appointing itself this authority would be if you believed the US government is an honest and beneficent entity that works toward the benefit of the common man. Which would of course be an unacceptable thing for a grown adult to believe.

It’s still astonishing that we live in a world where our rulers will openly imprison a journalist for telling the truth and then self-righteously bloviate about the need to stop authoritarian regimes from persecuting journalists.

Look at this scumbag, the US Secretary of State: 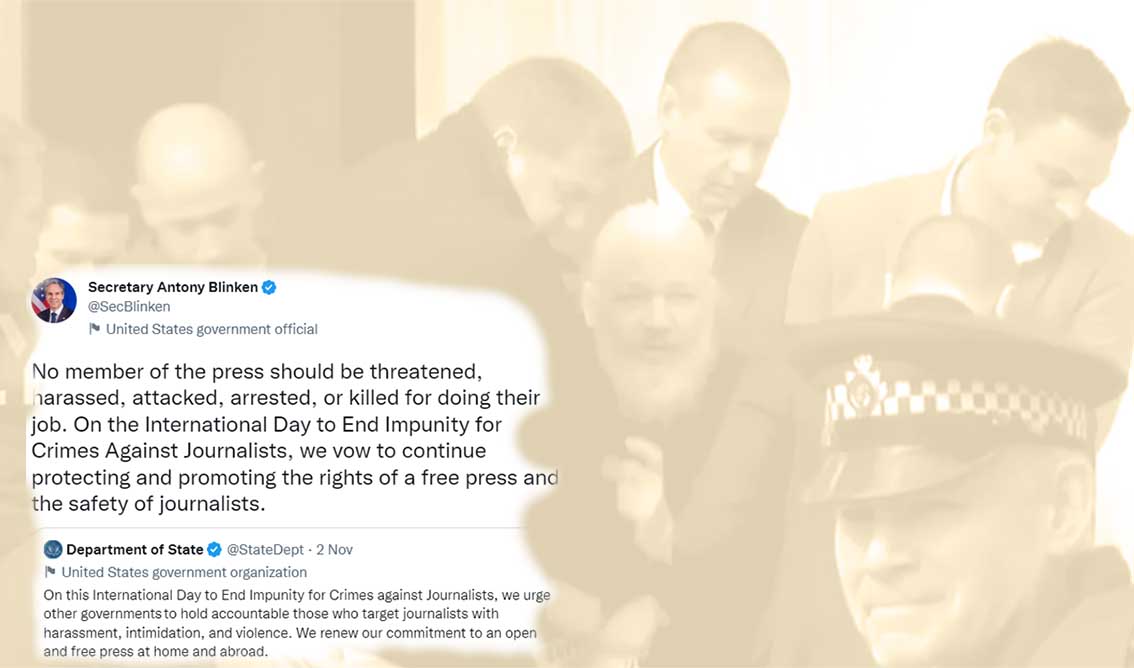 Journalism is not like medicine or law, whose practice requires a professional licence. A journalist is someone who practises journalism. Caitlin is a journalist. So am I. So too was Julian till they stopped him. As for Mr Blinken, here’s what I said while refusing to join my few remaining liberal pals in celebrating Trump’s 2019 defeat

There is no such thing as unbiased journalism. If someone tells you they are unbiased they are either knowingly lying, or so lacking in self-awareness you should not listen to them anyway.

Of course journalists should try to be as fair and honest as they can. It’s just the epitome of childlike naivety to believe that western mainstream journalists do this.

Reporters who support the mainstream worldview are just as biased as reporters from Russian or Chinese state media; they espouse a peculiar perspective and concrete interests and agendas. The problem is the mainstream worldview is so normalized it looks like impartial reality, so you’ll get mainstream western journalists speaking disdainfully of Julian Assange or The Grayzone or whoever because those people have biases and agendas, as though they themselves have no biases or agendas and are nothing other than impartial arbiters of absolute reality.

Which is plainly ridiculous. The worldview which facilitates the abuses of oligarchy and empire and the status quo politics which serves as their vehicle is anything but impartial. It’s not even sane. But because it’s been normalized by propaganda it looks like baseline reality.

The only reason the mainstream worldview is mainstream is because the world’s most powerful people have poured a tremendous amount of money into making it mainstream. That’s the one and only reason. It’s not the moderate perspective, it’s just the most funded and marketed perspective.

All journalists have biases, and all journalists have agendas. It’s just that most of them have the mundane agenda of becoming esteemed and well-known, and the easiest way to do that is to espouse the mainstream worldview where the tide of propaganda can carry you to shore.

There’s no such thing as a Hollywood ending.

There’s no such thing as an objective journalist.

There’s no such thing as a moral billionaire.

There’s no such thing as a humanitarian intervention.

There’s no such thing as an honest war.

People should learn all this in grade school.

Who does not understand that narrative control is power? Pretty much everyone else.

This is the source of most problems.

You can argue with the reality that for-profit platforms will always censor the most repellent forms of speech in order to prevent their audiences from being driven from the platform, but that is reality. And it is very different from censoring on behalf of US alphabet agencies. If what you want is a platform where all legal forms of expression are allowed, then for-profit platforms are not a good vehicle for that. Perhaps you want a nationalized social media platform funded by taxpayers with robust speech protections built into its terms of use.

There’s a massive difference between a platform banning speech which makes that platform a gross place that nobody wants to hang out at and a platform banning the way people talk about a war or a virus because government agencies told them to. It’s unhelpful to conflate the two.

There’s a night and day difference between people who oppose censorship because they don’t want the powerful controlling human speech and people who oppose censorship because they want to say ethnic slurs. They’re not the same. A good tool for making these distinctions is to examine whether the agenda punches down or punches up. If it seeks to suppress speech on behalf of the powerful or harm disempowered communities, it’s punching down.

Nobody’s ever been able to answer this question: if Russia’s decision to invade Ukraine had nothing to do with western provocations, how come so many western experts spent years warning that the west’s actions would provoke Russia to invade Ukraine?

Ukraine is a far more celebrated and aggressively defended centerpiece of hawkish American fanaticism than Israel ever was. 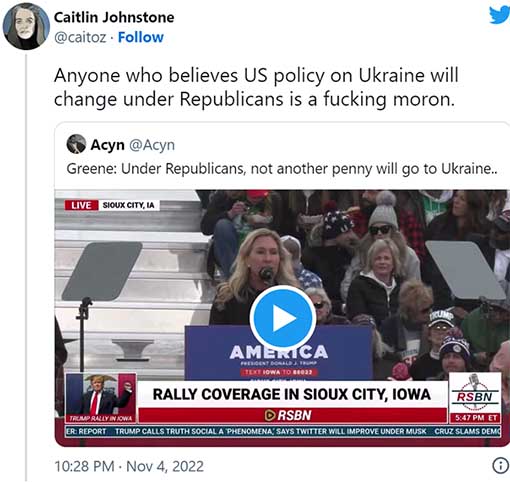 If you find yourself rushing to defend the foreign policy of the most militarily, economically and culturally dominant nation on earth, ask yourself why that is. Ask whom that impulse benefits. Ask how that impulse came upon you. Ask if it could have been put there by propaganda.

(I beg to differ, but only slightly. Whatever ‘human nature’ is, it clearly includes competition and greed. My concern is not that capitalism invented these things. Rather, that it promotes and rewards them at every turn; in effect declaring war on the “we” side of our dual nature as social but individuated beings.)

And it isn’t even really accurate to call it their “nature”; it’s just their conditioning. And we can all change our conditioning. The only people who deny this are those who haven’t sincerely tried to yet.

One reason I publish poetry and share insights about philosophy and spirituality on top of my political and foreign policy commentary is because as the information ecosystem gets more polluted it’s not enough to tell people what you think, you’ve got to show them who you are. As more and more energy goes into distorting and manipulating public understanding of the world, it becomes more necessary to bare your soul to the furthest extent possible so people can decide on their own whether you’re the kind of person they want to pay attention to.

People are very distrusting in today’s environment, and rightly so; we swim in an ocean of lies. You can get around that distrust by manipulating people into thinking you’re trustworthy, or you can do it by taking transparency to the furthest extent possible and letting yourself be fully seen so that people can make up their own minds about you for themselves.