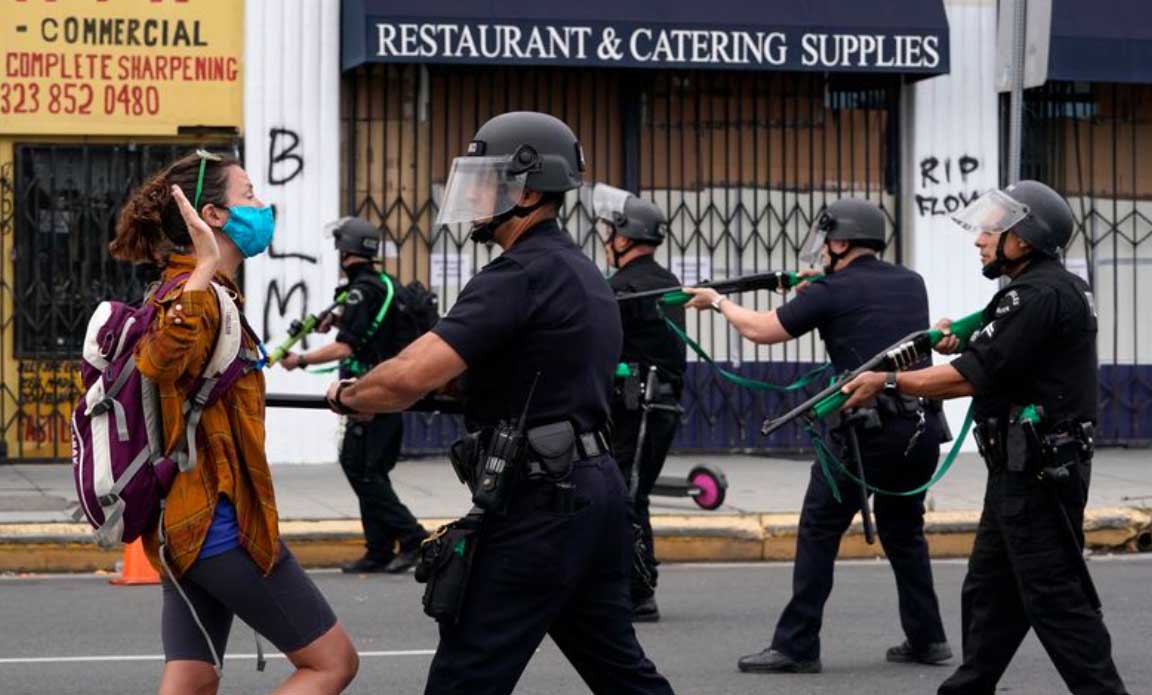 More than forty years ago I concluded an undergraduate essay on Britain’s radical press, at its peak amid the economic downturn and savage repression following the Napoleonic Wars, with a quote from James Curran, co-author of Power Without Responsibility.

Market forces succeeded where legal repression had failed, in constraining the media, with lasting consequences for society.

His words threw a trillion candela beam on how rule by and for a tiny few can be squared with the semblance of a democratic society in which all voices are equal. For two centuries our mass media, naively seen as independent, have been pivotal to this balancing act.

But that two hundred year old business model – media largely in the private hands of what some of us call a ruling class,1 and in any case with income streams one part purchase price, two parts advertising2 – is on its last legs.

New business models have arisen for all kinds of information and ‘creative product’. Those of us raised in an era where we bought such things from newsagents and record stores were slow to catch on to the truth that if the product is free, the product is you.

In the main this has been advantageous to a capitalism which, while racked by crises of rising frequency and severity, continues to turn them to its advantage as wealth shifts inexorably to the few from the many. But an online world, where information is not only free but available from so many more sources, poses a major threat to the status quo described by Mr Curran.

I can read radical sites like OffGuardian, Jonathan Cook’s blog and the Socialist Equality Party’s WSWS as easily as Guardian or Mail (and more easily than Murdoch’s pay-walled titles). More significant yet, in a time of growing rivalry between Western imperialism3 and a Eurasia rising, I can access sites like RT, Al-Jazeera or Al-Monitor – hardly radical, but with worldviews ranging from Al-Monitor’s mildly divergent gap-filling to an RT now resigned to full-on challenge to the view from Washington, London and Paris – as easily as I can the BBC or CNN.

In short, since all media of necessity pursue ideological agendas, I can not only triangulate but factor in what I know of any medium’s inbuilt bias. I trust Al-Jazeera coverage of Venezuela, for example, but remain sceptical, given its Qatar ownership and the Emir’s hatred of Damascus, of its Syria coverage.

And I’ll read WSWS, yes, but since Western media’s biggest lies are (a) about imperialism and (b) more of omission than commission, I’m as likely to turn to non radical sources such as The Economist, whose niche audiences can be trusted with otherwise dangerous truths. Or to those offering perspectives which, though well inside the Overton Window, are nevertheless global south perspectives. Al-Monitor is a case in point. As to some degree is Israel’s liberal Haaretz.

You get my point, I’m sure. None of this is good news to those whom Caitlin Johnstone calls the Empire’s Narrative Managers. Since I’m currently too depressed to write much about politics – I’ve been hanging out with the birds – I’m about to hand over to Caity, who waives copyright for all but racists and fascists.

(So do I, in case you were wondering.)

First though I’ll wrap this up. Given such threats to the balancing act I opened with, how would any self respecting ruling class respond? In two ways. One would be to withdraw – softly softly, in small steps taken in the name of protecting us – from even the semblance of democracy. For as any serious observer of power in the West can easily ascertain, should those inconveniences attendant on the myth (largely but not wholly a charade) of democracy be deemed to obstruct the Greater Good of maintaining profits, it is not the latter our rulers will want to sweep aside.4

And let’s not forget, the withdrawal I speak of has been hastened by 9/11.

The other response is to trash, revile as “fake news” and – for our own good, mind – censor all challenges from those competing narratives. But now I really must hand over to Caity, writing today on her blogsite.

In 2017, representatives of Facebook, Twitter, and Google were instructed in a US Senate Judiciary Committee hearing that it is their responsibility to “quell information rebellions” and adopt a “mission statement” expressing their commitment to “prevent the fomenting of discord.”

“Civil wars don’t start with gunshots, they start with words,” the representatives were told by cold warrior think tank denizen Clint Watts. “America’s war with itself has already begun. We all must act now on the social media battlefield to quell information rebellions that can quickly lead to violent confrontations and easily transform us into the Divided States of America.”

“Stopping the false information artillery barrage landing on social media users comes only when those outlets distributing bogus stories are silenced—silence the guns and the barrage will end,” Watts added.

Those words rattle around in the memory now as America burns with nationwide protests demanding an end to the police state, and as narrative control operations ramp up with frantic urgency.

The Grayzone reports that it has been blacklisted as a source on Wikipedia following a concerted campaign by a suspicious-looking group of editor accounts, many of whom appear to have ties to the right-wing opposition in Venezuela. Wikipedia, whose co-founder once told the US Senate that the online encyclopedia project “may be helpful to government operations and homeland security”, has added The Grayzone to a very short list of outlets that are never to be used under any circumstances, claiming on apparently no basis whatsoever that it publishes false information.

“In fact, in its more than four years of existence, including its first two years hosted at the website AlterNet (whose use is not forbidden on Wikipedia), The Grayzone has never had to issue a major correction or retract a story,” Grayzone‘s Ben Norton says in its report on the matter. Norton documents how the Wikipedia editors are unable to cite any actual false information in any of the outlet’s publications in their arguments, leaving only their objection that Grayzone doesn’t parrot US government-approved narratives like The New York Times, Bellingcat, and Wikipedia’s other designated “reliable sources”.

Norton also notes how Wikipedia has designated the leak publication outlet WikiLeaks an unreliable source despite its nearly 14-year record of authentic publications. Wikipedia designates WikiLeaks as “generally unreliable,” making the utterly baseless claim that “there are concerns regarding whether the documents are genuine or tampered.”

“The internet encyclopedia has become a deeply undemocratic platform, dominated by Western state-backed actors and corporate public relations flacks, easily manipulated by powerful forces. And it is run by figures who often represent these same elite interests, or align with their regime-change politics,” Norton writes.

Norton’s breakdown of the ways Wikipedia is slanted to consistently favor pro-establishment narratives is comprehensive, and well worth reading in its entirety. This short Mintpress News article by Alan MacLeod on the way this same monopolistic editing dynamic has seen Mintpress, teleSur English, and Venezuela Analysis blacklisted from Wikipedia in the same way is also worth a look.

This all comes out as we learn that Facebook is attaching warning labels to posts from outlets sponsored by governments which have not been absorbed into the US-centralized empire like RT and CGTN, but attaching no such label to outlets funded by imperial governments like BBC and Radio Free Europe. There is not any discernible difference in the degree of bias shown in state media from unabsorbed nations like Russia and China than there is in state media from the US and UK (or oligarchic media from the US and UK for that matter), but Facebook causes its 2.6 billion active users to look at one with suspicion but not the other.

This also comes out at the same time we learn that Twitter has deleted over 170,000 accounts for “spreading geopolitical narratives favorable to the Communist Party of China”.  CNN reports (in an article which also cites the analysis of the scandal-ridden narrative manager Renee DiResta) that the accounts were determined to be “tied to the Chinese government” by “experts” who we learn later in the article are none other than the Australian Strategic Policy Institute (ASPI), a think tank geared explicitly toward fomenting anti-China sentiment in Australia.

“Former Australian Foreign Minister Bob Carr has slammed ASPI for pushing a ‘one-sided, pro-American view of the world’, while the former Australian ambassador to China Geoff Raby added that ASPI is ‘the architect of the China threat theory in Australia’,” journalist Ajit Singh noted on Twitter, adding, “Australian Senator Kim Carr has slammed ASPI for seeking to ‘promote a new cold war with China’ in collaboration with the US. In February, Carr highlighted that ASPI received $450,000 funding from the US State Department in 2019-20.”

This blatant imperialist narrative manipulation operation are the “experts” Twitter consulted in determining which accounts were “tied to the Chinese government” and therefore needed to be silenced. Twitter meanwhile continues to allow known fake accounts like the MEK propaganda operation “Heshmat Alavi” to continue inauthentically posing as real people, even when their propaganda is publicized by the President of the United States, because such accounts toe the imperialist line against empire-targeted governments. This pro-imperialism slant is standard for all Silicon Valley tech giants.

This also comes out at the same time the mass media are warning us that Russia, China and Iran are “employing state media, proxy outlets, and social media accounts to amplify criticism of the United States related to the death of George Floyd and subsequent events.”

“As protesters hit the streets in cities across the country, America’s foreign adversaries have flooded social media with content meant to sow division and discord in the wake of George Floyd’s death, according to a U.S. government intelligence bulletin obtained by ABC News,” we are told by the Disney-owned ABC.

“These actors criticize the United States as hypocritical, corrupt, undemocratic, racist, guilty of human rights abuses and on the verge of collapsing,” the bulletin reads, which to anyone who’s been paying attention is obviously true. This is a news story about people from other countries saying true things about the United States of America.

“This is yet another indicator that Russia is using the combination of overt propaganda and covertly disseminated disinformation to sow discord across our populace, expand the cracks in our society, and undermine the credibility of the U.S. government,” former senior Department of Homeland Security official and current ABC News contributor John Cohen informs us.

Ahh, okay. Cool. Thank you for the information, former senior Department of Homeland Security official and current ABC News contributor John Cohen. Man it sure is a good thing America doesn’t have state media. Think about how bad the disinformation would be.

Social media outlets were told that they need to censor their platforms to “prevent the fomenting of discord,” but obviously they didn’t move quickly enough, because the discord has been well and truly fomented. And now they are in a mad scramble to prevent Americans from hearing what people in foreign nations have to say about that, still apparently laboring under the delusion that this is anything other than homegrown, purebred, cornfed, American-as-apple-pie discord.

This is encouraging, because you can’t fix something you haven’t made conscious. This is true of our own unresolved psychological issues, and it’s true of our unresolved collective issues as well. The first step toward a healthy world is expanded consciousness.

This is why increasing government opacity, internet censorship, and the war on journalism are so dangerous. Corruption and abuse thrive in darkness, and corrupt abusers want to keep that darkness intact. They want to keep things as unconscious as possible.

It’s beginning to look like that cat’s out of the bag, though, and I would be very surprised if they ever manage to get that sucker back in there.

What an exciting time to be alive.

29 Replies to “America burns – and wages war on truth”