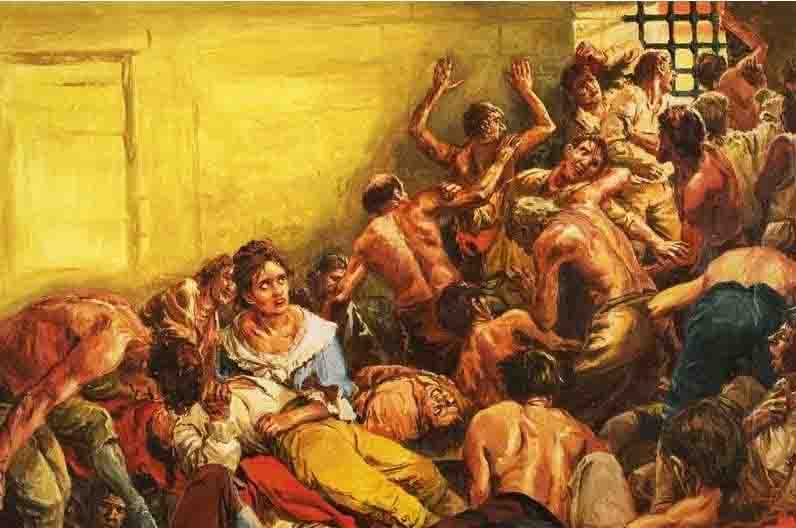 I’m indebted to bevin. Below my September 11 post on a former Swiss colonel, he alerted me to the likelihood that the Black Hole of Calcutta – its iconic status in that weighty leger of tales from the British Raj only slightly diluted by hyperbolic allusions made whenever a stuffy room needs airing – was in all likelihood itself a hyperbole: so grossly exaggerated for propaganda purposes as to amount to a near total fabrication.

Querying the hole-ridden official narrative on the Bucha massacre [imputed to Russian soldiers in Ukraine, March 2022] is for Paul Mason a surefire indicator of one’s status as a Putin apologist and war crimes denialist – much as George Monbiot and Owen Jones took questioning of the hole-ridden narrative on Khan Sheikoun and Douma as indicating one’s status as an Assad apologist and war crimes denialist.

To which bevin replied that such putative crime scenes:

… follow in the footsteps of Srebrinica (?) and, of course, Kigali. It goes all the way back to The Black Hole of Calcutta …

Some of us (too few!) know that the conflicts in Ukraine and Syria – alluded to in my footnote – continue to give rise to Western allegations of heinous crimes which, even when disproved or shown to be flimsily evidenced, by sheer repetition take deep root in our understandings of what is or was happening, and why. To that extent they advance imperial agendas.

And some of us (too few!) know that the conflicts in former Yugoslavia and Rwanda – alluded to in bevin’s comment – gave rise to Western allegations of heinous crimes which, even when disproved or shown to flimsily evidenced, by sheer repetition took root in our understandings of what happened and why. To that extent they advanced imperial agendas.

But that the same might apply to an event which horrified Georgian England? 1 That, I confess, had passed me by. I promised bevin – and self – that I’d look into it.

Today, fifteen days on, I did just that. Here’s what a retired librarian from Leicestershire has to say about fake news from the 18th century.

The Myth of the Black Hole of Calcutta

The story of the Black Hole of Calcutta was one that was believed for decades to be the truth, the whole truth and nothing but the truth, but what really happened would appear to be very different from what the history books used to tell.

It was a story that grew from the days of the building of the British Empire, when everyone in Great Britain was convinced that empire-building was the right thing to be doing — spreading civilization and Christianity to the benighted people of far-distant lands. With that mindset, everything that the British did was right and proper and the actions of “lesser” people to frustrate British ambitions had to be wrong and improper. The Black Hole story fits into that scenario very well.

Britain’s early expansion into India was largely due to the actions of the East India Company, which had received its royal charter as far back as 1600. It pursued its aims — of trading in India on terms that were extremely beneficial to British interests — with considerable energy, which included imposing its will by force if necessary. The Company had its own army and navy, and at its peak in the 1850s it had control of more than 250,000 troops and a fleet that was larger than that of the Royal Navy.

By 1756 the East India Company was throwing its weight about in the region around Calcutta (modern Kolkata) and interfering in the internal affairs of the territory ruled by Siraj ud-Daulah, the Nawab of Bengal. The Company operated from Fort William, its fortified power base in the city.

The Nawab decided to frustrate the Company’s ambitions by launching an attack on Fort William on 20th June 1756. Seeing what was about to happen, most of the company troops and local recruits deserted the fort and fled, leaving only a token force behind. The fort was therefore easily taken after a short armed struggle, but the Nawab made it clear that he intended no harm to come to the prisoners he had taken. However, the reaction of the prisoners, led by the fort’s commander John Zephaniah Holwell, was far from cooperative so the Nawab ordered that all the Europeans in the fort, including Holwell, should be thrown into its jail briefly as a form of punishment.

The first element of the myth now comes into play, because the number of prisoners could not have been more than around nine, as opposed to the 146 in the account that reached the history books. In reality, only three of the prisoners died during the night of the incarceration and not the 123 that were claimed as the casualties. The three deaths were not from any mistreatment that they endured but the result of wounds suffered during the previous day’s battle.

The myth was created by John Holwell when he returned to London and put together a report with the title: “A Genuine Narrative of the Deplorable Deaths of the English Gentlemen and Others Who Were Suffocated in the Black Hole”. He was helped in its composition by two other executives of the East India Company who were not witnesses of the event. Holwell could therefore say whatever he liked because he knew full well that nobody would contradict him.

His account was plainly absurd. The room in question measured 18 feet by 14 feet and was therefore physically incapable of holding 146 people. Holwell included lurid details of the agony-twisted faces of the prisoners as they were denied water by their jailers. However, he was right about one thing, which was that the fort’s jail was not called the Black Hole for nothing — it had no windows and only two narrow ventilation slits, so it would have been impossible to see the faces of anyone in the pitch darkness that would have resulted.

But none of this mattered to the British public, who revelled in the horror story and pushed hard for revenge to be taken on the Nawab, who had dared to inflict such an atrocity on British subjects. The worse the atrocity appeared to be, the more likely it was that they would insist on the strongest possible measures.

Robert Clive has gone down in history as “Clive of India”, being the general most responsible for winning the battles and skirmishes that brought huge swathes of the subcontinent under British control. He had joined the army of the East India Company as a young man and risen rapidly through the ranks, although his reputation for bravery and skillful command may have been ill-deserved, given his use of trickery and cruelty to gain his objectives.

At all events, he was the man to whom the East India Company turned in order to sort out the problem of the Nawab of Bengal. Clive had little difficulty in recapturing Fort William and then went on to defeat the Nawab at the Battle of Plassey.

Clive used his time in India to enrich himself and acquire large amounts of loot from the various rulers that he defeated. When he finally returned to England he was challenged by Parliament to explain his vast wealth and justify his apparently underhand methods but was completely exonerated. In the end, winning an Empire for Great Britain was justification enough.

It took a very long time for the Black Hole story to be properly challenged and exposed for the lie that it was. The first rebuttal did not come until 1915 with a paper entitled “The Black Hole: The Question of Holwell’s Veracity”, by the secretary of the Calcutta Historical Society. Other investigations were to follow. However, such was the power of the original story that it is still widely believed today, despite its impossibility.

The Black Hole of Calcutta is just one of many examples of “fake news” from past centuries. Telling huge lies has often proved to be profitable, especially when they are believed by enough people. Under such circumstances, why bother telling the truth?