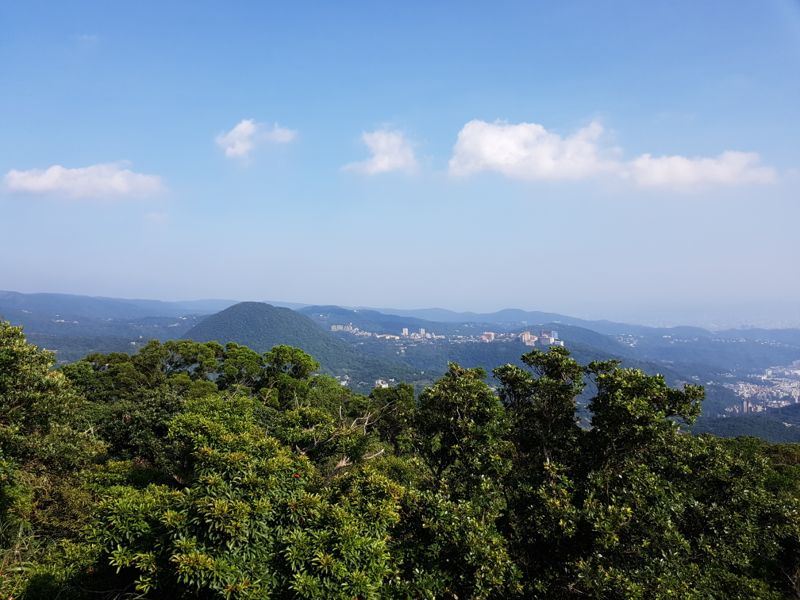 I’m told the population of Taipei is 2.8 million, and I’m staying in its beating downtown heart. But yesterday a thirty second walk from the vibrantly buzzing A Dot Hostel, then a thirty minute metro ride, got me to Beitou. That’s on the city’s northern edge, huddled into mountains thick with bamboo, maple (aka Taiwan Sweetgum) and other deciduous trees I couldn’t identify. But for the hikers paths cutting their ways – on the lower slopes paved – up and across them, these hills would be impenetrable. I’m gazing up at the densely forested gateway to a Yangmingshan National Park fanning out for mile after mountainous mile in every direction bar the north, where Park and Taiwan itself give way took  the Pacific Ocean. 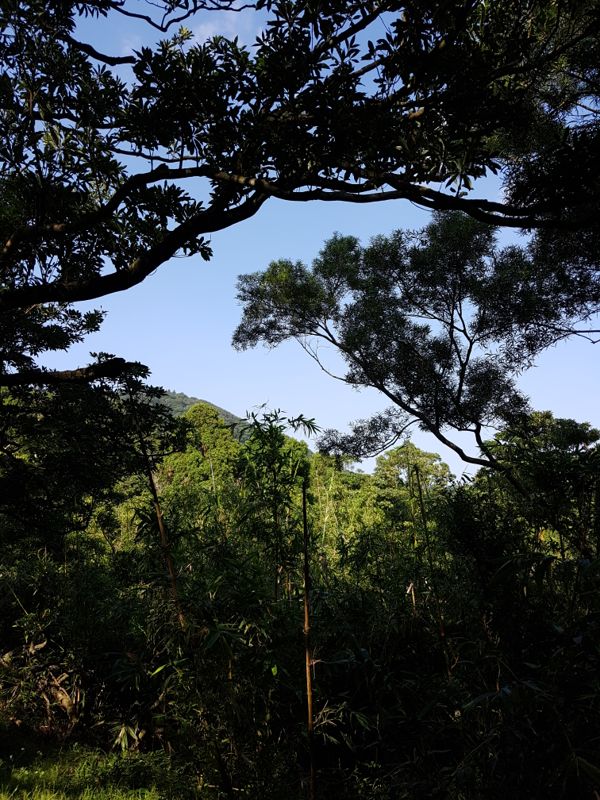 Yangmingshan sits on a fault line of dormant volcanoes, hot springs and shedloads of history. Chiang Kai Shek bunkered down here, guarded by tanks and 500 of his loyalest, Mao’s Red Army having driven him off the mainland shortly after WW2 onto what was then known by the colonial Portuguese name of Formosa – beautiful island. CKS’s luxury fortress can still be seen but, other than idle curiosity, I saw little cause for diverting from my hike to pay respects I don’t harbour. Far as I’m concerned, the good guys for once won.

For a gripping account of those astounding years, you can do a lot worse than the dated but classic Red Star Over China by Edgar Snow. You never knowed, did ya, that on the Long March – many thousands of miles through mountain and desert, blazing heat, sub zero cold and cannibal chiefdom – women outperformed the men, as measured in survival rate? Thought not. Call yourself a feminist?

You can catch a spur line train from Beitou to Xin Beitou, where the hiking trails start. I opted instead for fifteen minute uphill stroll through the leafy township, following Beitou Creek up a narrow valleyed municipal park. I’m impressed by the levels of social infrastructure in what I’ve seen so far of Taiwan. It shows that even under free market capitalism not everything has to be monetized. (Did we even know that word ten years ago?) At least, not to begin with, though the inescapable logic of Capital means that sooner or later it will get round to charging us to breathe.

Oops. There I goes again with my extremist propaganda. Beitou Creek runs milk cloudy, tinged with the wrong kind of blue: a sight depressing familiar across much of Asia. For a moment I’m saddened but something here doesn’t stack up. These squeaky clean streets put my own country’s to shame and are closer to those of Switzerland. Where’s the dumped garbage, hallmark of all such streams where they run close to the population centres of India, Thailand and Vietnam? I detour down to water’s edge for a closer look. Or rather, sniff. Sure as eggs is – ha ha – eggs, I pick up the slight sulphurous pong of hot springs, known to me from visits to similar watery spots in Guatemala, Iceland and Northern Thailand. I recall reading last night on my Kindle that Beitou is known for its spas and hot pools, and make mental note to revisit, perhaps in the last few days of this one month trip, to take the waters.

Confidence and spirits restored by this new angle on the less than limpid stream, I stride onwards and upwards. Following signs in Mandarin and English I leave the dwindling clusters of outlier housing behind and below, then the plum trees and cabbages of allotment and terraced smallholding. 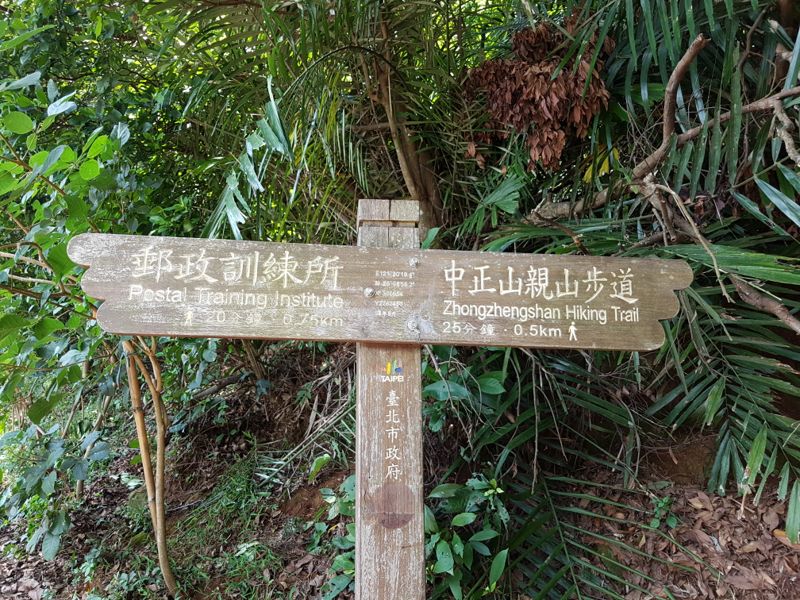 Within an hour I’m climbing a cobbled path steep up Mount Zongsheng, 700 metres. That’s a mistake – I’d meant to take on Mount Xising, 1200 metres – but one I’m in no mood to correct. The sun isn’t a huge problem, though of course I did forget the factor thirty. I’m already a medium tan, and have the all important sun hat, its wide floppy brim covering back of neck to negate a hazard more serious than sunburn. I’ve had sunstroke twice in my life, both as a young man: in Goa and in Greece. I won’t suffer a third time if I can help it.

In any case, for every step I take in direct sun I take five in dappled or dense shade. Bamboo: there’s no end to its benefits. I’ve waxed lyrical on the stuff in other posts though, so will desist here. 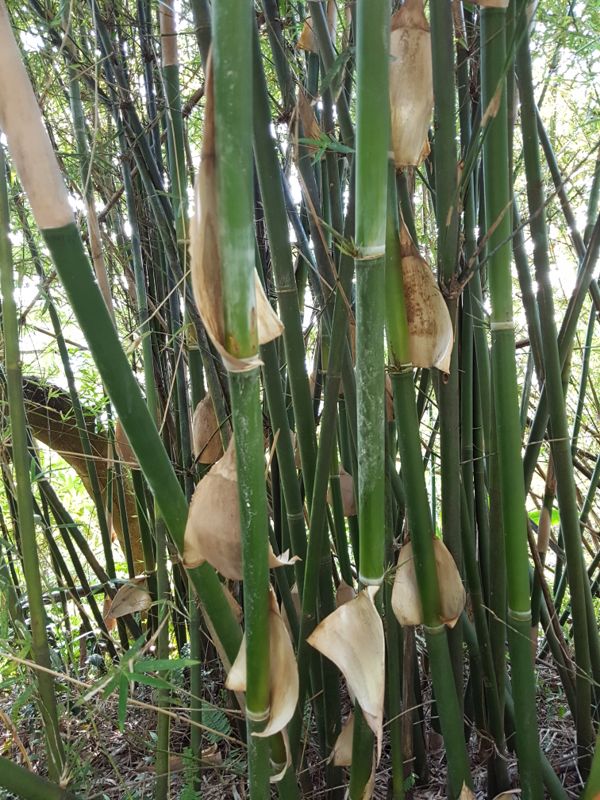 It ain’t half hot. The ascent is murder.  Rivulets of persp, the salt stinging my eyes, waterfall down my brow. No way will the pitifully inadequate litre of water I saw fit to bring replace what’s pouring from me. Another reason, then, for staying on the nursery slopes rather than attempting dehydrational hara kiri on Mt. Xising. 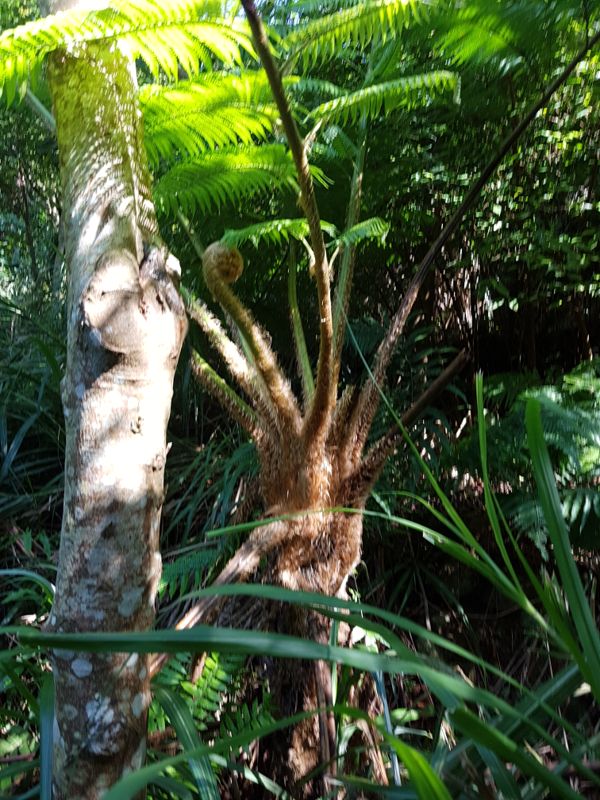 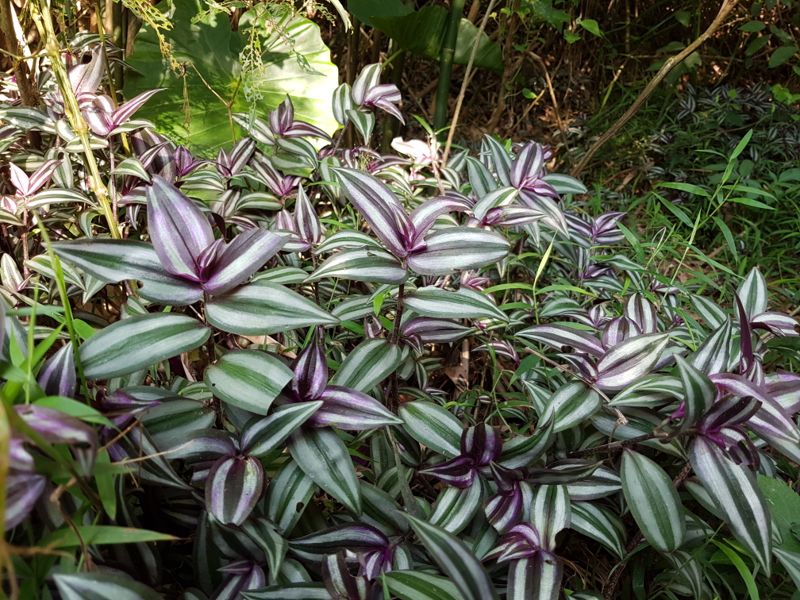 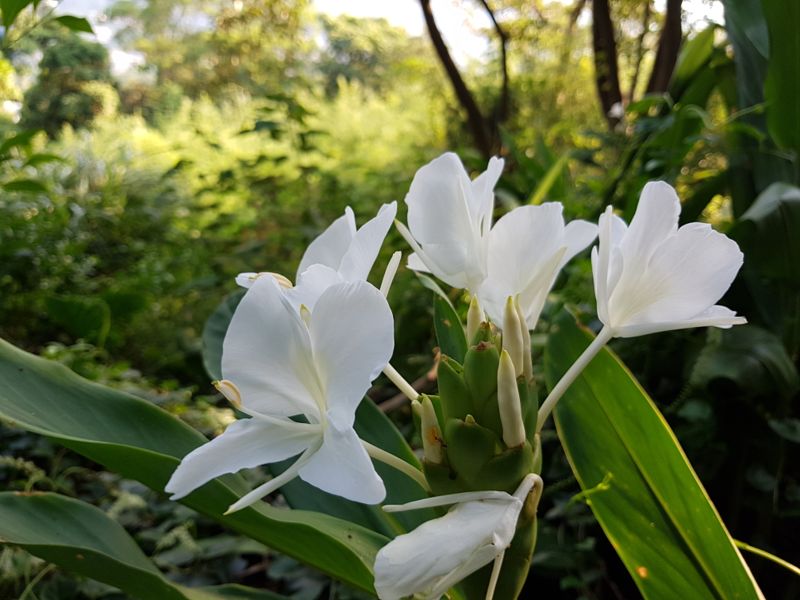 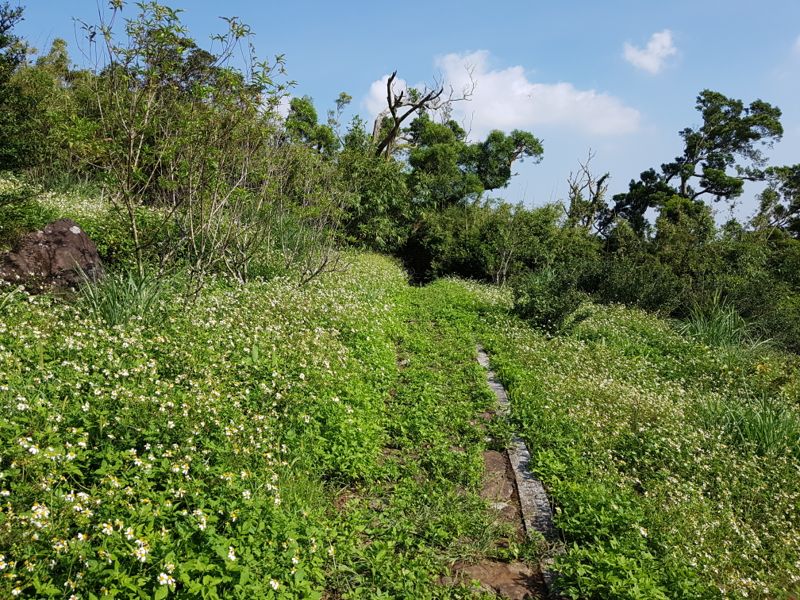 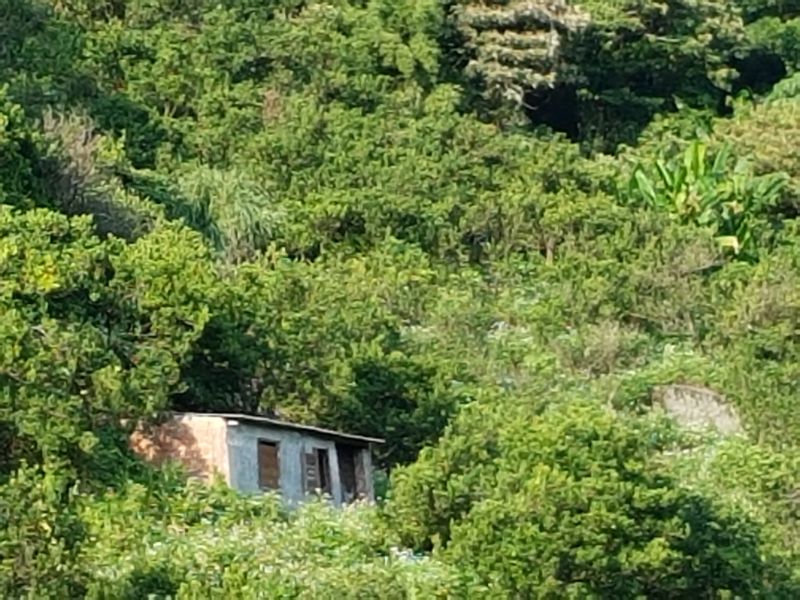 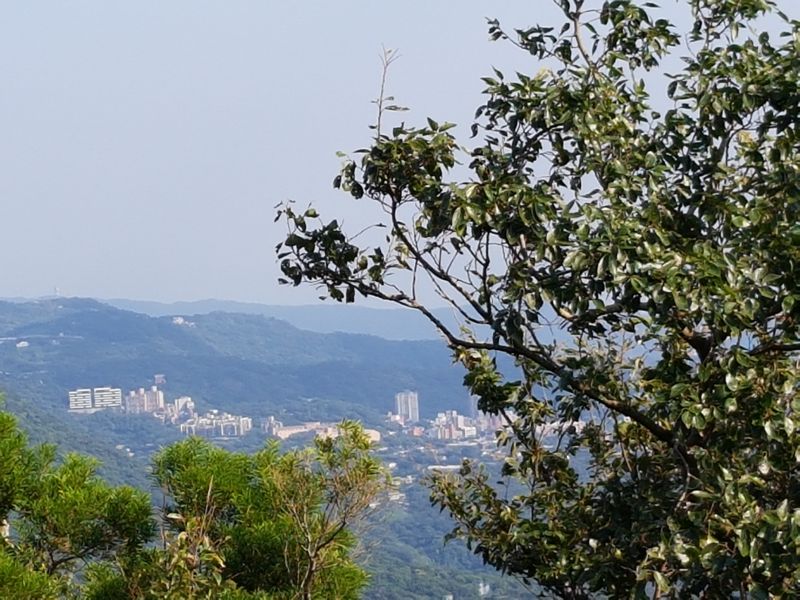 A lesser but more pressing challenge confronts me. My hiking pants are too big. (For reasons meriting a dedicated post, I always lose weight, and quickly, on my travels east; worldbeating cuisines notwithstanding.) I’ve neither belt nor cord to do stand in – ha ha – duty, and having to hitch them up every other step is getting to be a real drag in more senses than one. What would Clint do?

I note the many superfluous inches of loose rucksack strapping swaying in the exquisite breeze. (Shoulda mentioned them cooling air currents earlier, ditto the low humidity, steada going on like a moanin jeremiah about the heat.) I momentarily consider the idea of severing some of it to fashion a belt but it’s too drastic and irreversible a move, out of all proportion to the scale of my problem. The Swiss army knife daughter Annie gave me last Crimbo stays in my pack.

Abandoning all thought of improvising a belt, I lean toward a brace based solution. On either side of my waist a half inch wide strap dangles unproductively. It’s the work of a moment to thread each through a belt loop, pull through and up till I have the requisite lift, then tie the knot. Am I a fucking genius or what, Clint?

Ten minutes later I stop for a parsimonious swig from my bottle. I undo the waist buckle, slip off one shoulder strap then the other – and wonder why I fall promptly on my arse, back slamming into the still tethered pack …

It takes two minutes to free myself from those gravity tightened knots on each side of my waist band. Given the 35 degree heat, 30 degree ascent and commensurately frequent calls for stops, this won’t do. My brilliant solution is in need of refinement. Lightbulb moment number two is in order, and eftsoons.

I have a solar charger that folds small and flat but concertinas out to give three B4 size panels. Walking the North Downs Way with Richard in July, I draped these across my backpack to charge my phone (or non solar charger) on meadow and sun kissed escarpment. This being a one day hike, I left it at the hostel – but more by accident than design did bring the small, light and fetchingly hued carabiners I use to secure it once it’s in position for sun facing optimality.

Bingo! With strap tied to carabiner, carabiner clipped to left and right belt loop, shedding my load at rest breaks is faster than you can say Chiang Kai Shek and his Kuomintang. So put that in your pipe and smoke it, Clint. 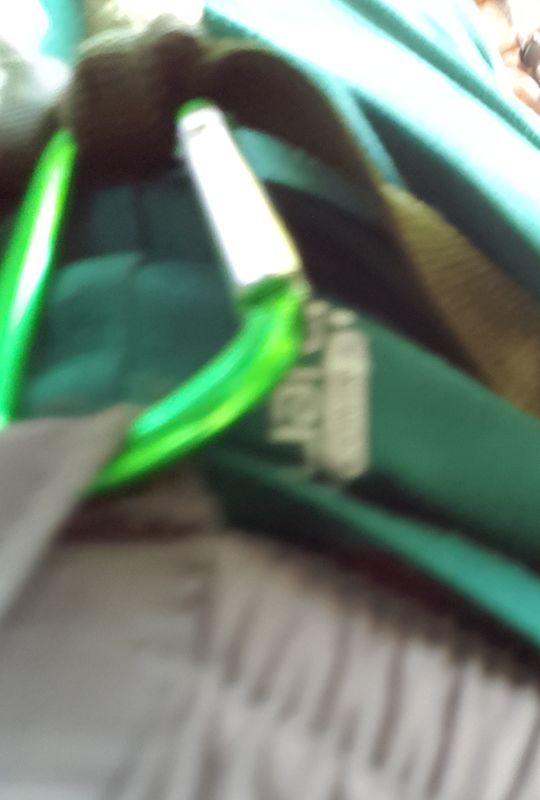 6 Replies to “Pirates of the Carabiner”