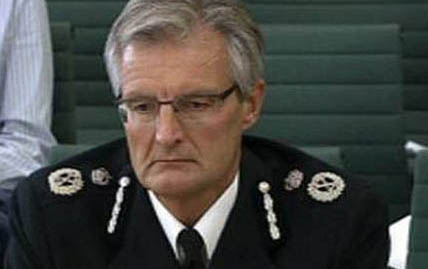 “.. we had a job to do. I apologise to Sir Cliff if we were insensitive about the way we did it … our problem was an investigation compromised from the outset ..”

Maybe Chief Constable David Crompton spoke the truth when he told a Parliamentary Select Committee in 2014 that inviting the BBC to its search of Cliff Richard’s home had not been a case of grandstanding. South Yorkshire Police’s hand had been forced, he insisted, by the need to secure evidence in the face of irresponsible journalism but if no one was buying that, SYP had itself to blame. Orchestrated lying on Orgreave in 1984 and Hillsborough in 1989 – lying which continued long after the original perjurers had gone – and systemic downplaying for decades of organised child sex abuse in Rotherham, had left the force with few real friends. Today’s announcement by the Crown Prosecution Service, that the singer will face no charges, will do little to change that.

Not that this post is about SYP or the man whose name has been dragged through a sewer. It’s about fundamental and irresolvable tensions in the justice system, tensions at their most acute in the arena of sexual offences.

Feminists and others rightly point to the fact rape convictions are abysmally low, and women inadequately protected. In this context a false either/or has arisen on the question, less simple than many on either side concede, of whether women who get intoxicated increase their risk of being raped. (Where increase their risk of   is conflated, slyly or carelessly, with thereby become party to. ) Police treatment of victims has come a long way since the seventies but to see how far there is to go, we need only look to American women enraged by the travesty – lenience is too small a word – of Brock Turner’s sentence.

They’re no less enraged by the all too common smear strategy of his defence team. Likening a woman getting drunk at a party to leaving valuables on the car seat, on ground of contributory negligence in both cases, is wrong. If I leave my camera visible to a thief who breaks into my car and grabs it, my insurers won’t cough up: it’s that simple, there in black and white in my policy T & Cs. My negligence aided the thief. But should that thief be caught – unlikely, I know, but stay with me – no defence lawyer in their right mind would make my negligence cause not merely for mitigation, though that would be affront enough, but acquittal:

Come now, this court has already heard it was close to Xmas.  I put it to you that my client had good cause to think you’d left the camera, in a car inadvertently locked, as a gift!

But the second assault, this time in a courtroom, on Turner’s victim was not confined – and this too is a familiar story – to saying her actions absolved him of rape. No, that assault took forms more malevolent still, so here’s a thought. Why not let juries decide whether the trashing of a rape victim by the defence amounts to defamation? Judges would consider it an aggravating feature when passing sentence, and punish lawyers as well as their firms, in the event of a guilty verdict. This post is short on practical remedies that don’t introduce other harms but one thing we could safely do is send a message that traducing the victim is no longer a risk free strategy.

While it’s vital that women reporting rape are given unfailing respect the moment they enter a police station, that’s nowhere near enough. Low conviction rates, on top of all they endure in court, keep rape hideously under-reported. But while more can be done, like removing the defendant’s right to personally cross examine a victim, there’s only so far we can go down that path without eroding the right to a fair trial. In those rape cases (i.e. most of them) where what is contested is not that there was sex but whether it was consensual, can the conflicting demands of individual and social justice ever be fully reconciled? I suspect not.

The 1992 trial of world heavyweight champ Mike Tyson highlights the dilemma. Personal traits that made this man a plausible rapist made him an equally plausible sting victim. Here too the issue was one of consent, so hard evidence barely featured. The prosecution told one story, the defence another, then the jury got to say which story it liked best. But Tyson, with thuggish past and record of savagery in the ring, was also a wealthy man. After the trial jury found, largely on the basis of her performance on the stand, that Desiree Washington had indeed been raped by Tyson, she sued him for millions. You see the problem …

But back, fleetingly, to Cliff. In explaining why they’d alerted the Beeb, whose cameras zoomed down from a charted chopper while cops turned the search of Richard’s home into a scene from Columbo, SYP spoke of a credible risk of evidence lost not to destruction by a suspect but to its invalidation by irresponsible journalism. What they couldn’t openly claim, since thresholds for getting a search warrant are lower than for the arrests which trigger media release, is that new evidence of a very different nature might thereby be elicited far from Richard’s home. Publicity can be a powerful aid to justice. The headline-hitting arrests of Rolf Harris and Max Clifford led to victims unknown to one another coming forward with allegations of sufficient similarity to pass the evidential threshold for prosecution and, it turned out, conviction. Alerting media before having sufficient evidence to take to trial, but after having grounds for an arrest that wouldn’t be open to challenge as mischievous, was an effective means of going after guilty men who’d for decades thought themselves immune.

All the same, there are those who say defendants in sex cases deserve the anonymity afforded to victims. Many have been wrongly accused. How do we know? Because they were acquitted and, unless we give up on innocent till proved guilty, they can in theory look the world in the eye. In practise it’s a different story when, as with Cliff, their reputations have been calumnied. Many will say, as a pal recently did to me apropos a post defending Assad, that the rumours “can’t all  be made up”. Actually they can. Sometimes there is  smoke without fire. Not often, perhaps, but with the stakes so high the mere possibility is disturbing. The more so when, as with Tyson, there’s financial incentive.

Ditto Bill Roache, aka Coronation Street’s Ken Barlow. I never met him but at one time a shared interest brought me close to his son. I haven’t spoken to Linus in years but was told by a mutual friend, as if I needed telling, that he and his family went through hell over his dad’s prosecution (failed, in case you missed it) on counts of rape, statutory rape and sexual assault. It didn’t do much for the prosecution case when their witnesses kept referring to Roache as ‘Ken’ …

The court of public opinion frequently conducts show trials that would make Stalin blush but, according to that hallowed presumption of innocence, Roache emerges without a stain on his character. And the principle is generous to defendants. While we declare Roache guilty at our peril, we may shout from the rooftops that Tyson wuz robbed.

And what have the two in common, beyond accusations of sexual misconduct? Fame. Celebrity status confers opportunity on predators, yes, but also puts stars in the firing line for the venal and the vindictive. I recall sitting in the pub one night, autumn 2012, with a very shrewd friend. Like everyone else, we were abuzz over Jimmy Savile’s abuses, recently uncovered. “And you know what”, she told me, “we’re going to see a lot of fictitious allegations and they’re going to do a great deal of damage”.

My friend wasn’t heartless or cynically complacent in the face of rape, child abuse and their effects on victims. She spoke with the sadness of one contemplating an inescapable truth, one we don’t care to dwell on. Much easier to fulminate: castrate all rapists! … boil paedos in oil! …  or, conversely – I’m talking to the blokes now – shrug our shoulders in resigned acceptance of iniquities unlikely to blight our male lives.

On child abuse we’ve seen some justice for the victim but only, as Roache and Richard attest, by deciding that wrecking the reputations of the innocent along with the guilty is an acceptable price. Sexism and misogyny remain powerful forces in society. But while male foot dragging is still a factor in the prosecution (or not) of sex offences, it’s beginning to look the smaller factor. The more we address those systemic male biases, within the criminal justice system, that can  be removed without doing harm to defendant rights, the more starkly do those rights appear as irreconcilable with justice for women.