This two minute interchange, at a US State Department press briefing yesterday, is a perfect microcosm of Washington’s arrogance. Leftwing journalist Caleb Maupin, who may wonder if he’ll ever again be invited to ask a question at such events, puts this only too logical conclusion to spokesperson Heather Nauert: that Trump’s threat of a ‘heavy price’ should Syria ‘again’ use chemical weapons* actually increases the likelihood of chemical attacks by terrorists who now know, if they didn’t already, that Washington will blame Assad.

(The point has also been made by Jonathan Cook: see my post of yesterday, Manufacturing consent for war on Syria.)

* In UN parlance – which is to say US parlance – America’s depleted uranium shells don’t count as chemical weapons, even though Iraqis are still dying from them and even though, in breach of explicit promises, US forces have used them too in Syria. 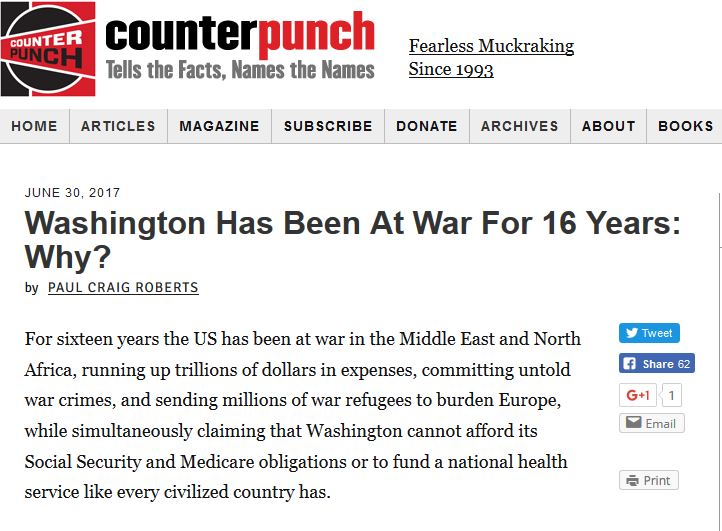