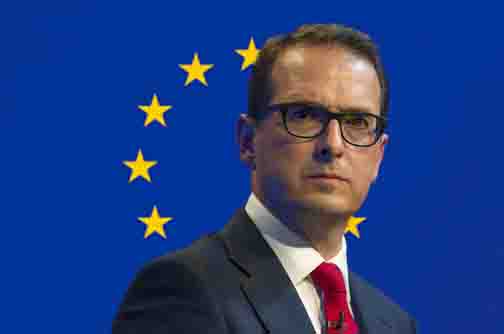 Remember this man? It’s close to three years ago he split the delightfully small Anyone-But-Corbyn vote when Angela Eagle, too lacking in self awareness to see she was just a stalking horse, made her ridiculous bid for Labour leadership in July 2016.

I say ‘ridiculous’ advisedly, given her parliamentary history and embarrassing lack of bona fides. But it’s Owen not Angela I have in mind here. Yesterday the Guardian ran his piece, Face the facts … Lexit is dead.

Now I have a drop or two of sympathy with that sentiment, though my reasons are far removed from his. I’ll get to those in a moment. First a reminder not to take the specifics of any attack on Corbyn, with this piece an unusually sugar coated example, at face value. As with war on Syria, shooting terrorists for Laura, IRA funeralgate, Hamasgate,  VirginTraingate, CrapDressergate and the antisemite slurs, Smith’s piece folds specific charges – by rightwing Labour members who may or may not believe them true but operate on a Needs-Must-When-the-Devil-Drives basis – into the ongoing project to remove the first Labour leader in living memory to challenge ‘austerity’ in the name of social justice.

The Labour party should have known which side it was on in this Brexit debate a long time ago. Our belief in equality, freedom and internationalism should have meant that we knew there could be no “jobs-first” Brexit, no Labour Brexit, or indeed any Brexit that we could accept. We should have been more passionate in the fight against a leave campaign that was always a project of the right, for the right and by the right. At times, we pretended there might be a deal that wouldn’t eat into the political and financial capital that a radical Labour government needs. We failed to mention that there were leftwing allies in Europe who could help us achieve our goals.

Two things about this paragraph. In its first sentence we see a dismissal of millions of Leavers, many in the Labour heartlands, as Wrongheaded Plebs whose views should not be given time of day. Smith – in bed with Big Pharma, and paid lobbyist for a biotech firm fined a cool three-quarter billion dollars for “pursuing profits at the risk of patient safety” – exudes the contempt, laced with revolving door venality, in which New Labour holds workers. Too clever to come out and say so, his opening shot is Graunspeak for Leave Voters Are Racists and Morons.

My second issue is with that little word, always, tucked into sentence three. This is where things get tricky. Precisely because the issue has been so damaging to the Tory Party, which of course is why we are where we are, the left case against the EU has not since the seventies been heard in the mainstream. While Smith alludes in his short piece to Tony Benn, he does so fleetingly:

For decades the EU has been viewed by some on the hard left as an obstacle to the socialist transformation of the UK. Tony Benn fought against the UK remaining part of Europe in the 1975 referendum. And his allies believed that the EU was undemocratic, a proxy for elitist neoliberal globalisation through alliances with the International Monetary Fund, the World Bank and others. That view soon became overtaken by the EU’s emergence as a defender of workers, human rights and the environment that made Boris Johnson boil with rage, first as a journalist and then as a Tory politician.

It’s a measure of Smith’s alignment with the Extreme Centre that he can refer to Tony Benn, a classic parliamentarian and old school fabian, as ‘hard left’ but I’ll let that pass. My objection is to that breezy depiction of the EU as ‘defender of workers, human rights and the environment’. Its cosmetic stances may indeed make Boris boil, or pretend to, but try telling Greeks on below subsistence pensions that the EU defends workers. Try telling those who fought to have the iniquities of TTIP exposed, while the EU did its damnedest to sneak them in, that it puts People Before Profits. And try telling Extinction Rebellion that the EU is serious about threats to our environment from the deadly laws of capital accumulation – laws that reward Smith but make a mockery of Brussels attempts to paper over widening cracks in the intricate ecosystems that make Planet Earth inhabitable.

As Upton Sinclair famously observed, it’s hard to get a man to see a truth his salary depends on him not seeing.

Smith makes no mention of such things. Nor does he counter those claims, with which I agree, that the EU allies with an IMF and World Bank that serve as outrunners for super exploitation in the global south, of which the Brussels bankers are prime beneficiaries. Rather, he leaves the claims dangling. Too ridiculous for words? Or marking the outer – there be dragons – limits of Smith’s comfort zone? Either way, this pretender was no more fit than Eagle to replace Corbyn.

And yet … there’s a scintilla of truth in that last cited passage, a scintilla he stumbles on in his claim that the “leave campaign … was always a project of the right”. Well it wasn’t always and isn’t the entire picture now but, that exercise in revisionism aside, I agree that its current form is so dominated by rightwing voices as to leave Lexit in the dust. Which is why I get stick from all sides on Brexit. In the run up to the Referendum I had long arguments with Lexiteers – some of them in Trotskyite splinter sects – armed with EU analyses far superior to those of mainstream Remainers and Leavers both, but unable to tell me just how a Brexit led by such throwbacks as Jacob Rees Mogg, and such rank opportunists as Boris, could in the current climate possibly be a gain for workers.

Of all the arguments I could make to show the lack of realpolitik here, let me cite two. One is the joy with which, on the morning of June 26 2016, Europe’s far right, from France’s National Front to Hungary’s Jobbik, reacted to the news from London. The other is that Yannis Varoufakis – a man who, having stared into the dead eyes of the EU in its cold, mercilessly neoliberal true form, has more reason than most to loathe it – sees no viable alternative to reform from within.

Now if you tell me Varoufakis, a man with a sound grasp of how the world works, is himself not realistic here – that an EU predicated on neoliberalism in a predatory global order can no more be reformed than can the US Empire – you’re preaching to the choir. For all his intelligence, and a command of history that puts Smith’s philistine ramblings to shame; for all his erudition and powers of analysis too, Varoufakis is open to the charge of whistling in the wind on this matter.

All the same, until I hear what I haven’t so far heard – the outlining of a convincing strategy for securing post-Brexit social justice in the current climate – I can’t, alas, take Lexit seriously. That this view coincides superficially with Owen Smith’s is regrettable, but I can live with the fact.

My vote on Brexit? None. Of. The. Above. Sorry about that. I don’t like it any more than you do.

In the meantime, since his name has come up, I’m mulling on the words – as best I recall them – of one Leon Trotsky. The context was the sectarianism on the German Left which, eschewing tactical alliance with the Social Democrats, allowed Hitler to take office and then power.

Suppose two men are trying to kill me. One is armed with a revolver while the other slips small doses of arsenic into my daily porridge. How I respond is not a question of ‘lesser evil’ but the needs of the hour. My first act, surely, is not to neutralise the poisoner but to disarm the gunman and use his weapon to kill both of my would be assassins.

Say what you like about old Leon – a superb writer, by the way – he knew a thing or two about the difference between principles and priorities.

4 Replies to “Owen Smith and his fantasy league EU”