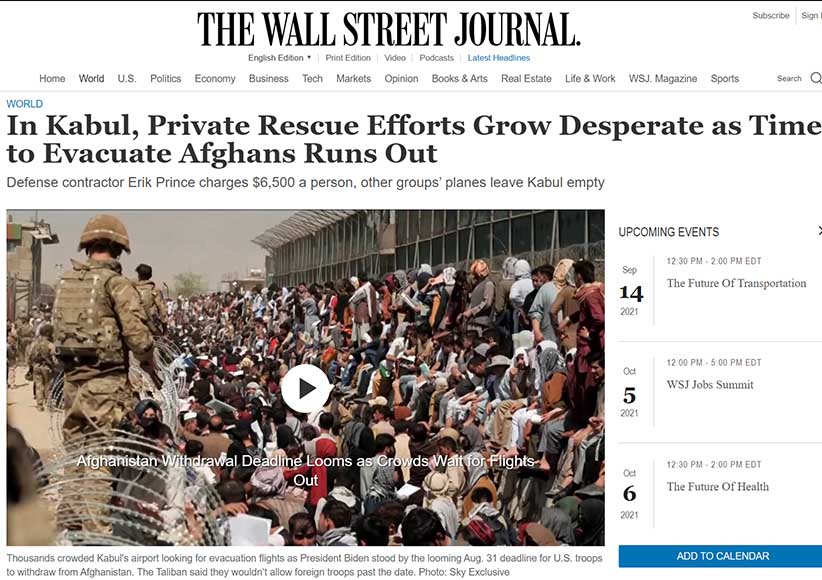 Erik Prince is no stranger to monetising human suffering. He founded Blackwater, whose antics in Baghdad in 2007 drew down a search beam on the world of Western ‘security’ firms in post invasion Iraq. 1 These put Prince’s outfit up there with Dick Cheney’s Halliburton as an icon of the US military-industrial complex and its vast profits from the wars – in Afghanistan through to Yemen – Washington inflicts on the middle east.

Cheney, arguably the man most responsible for the destruction and death, chaos and sectarian terror inflicted on Iraq is not the only US politician profiting from the wars he did so much to prosecute. See this post, written last November while Joe Biden was president in waiting.

On war, and empire in general, as a win-win for big capital see this post on why it matters not one bit to the profiteers whether the costs of Empire exceed the gains.

And if you haven’t already, do check out this very short clip featuring a prescient Julian Assange in 2011: ‘the goal in Afghanistan is an endless war, not a successful war ‘. 2

And Mr Prince? With a net worth of $2bn, and well connected, he exudes the entrepreneurial spirit. Right now, $6.5k to get out of Kabul seems money well spent for those with the readies and either an aversion to chaos or some more specific reason for fearing retribution.