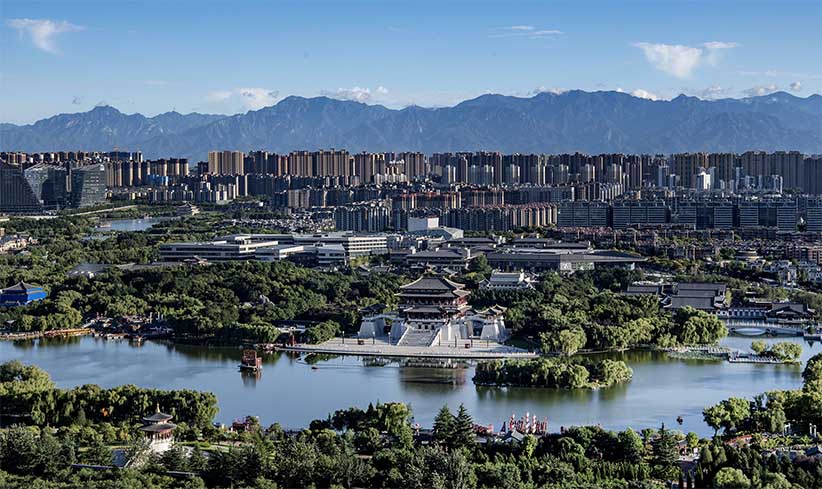 It’s wrong to say China is heading for socialism: it never abandoned it

Western coverage of events in China is highlighting a lurch leftwards by Xi Jinping. But this misunderstands Beijing’s approach and is fuelled by dismay that Xi has not followed the path that the West wanted him to.

An op-ed in Japanese publication Nikkei recently warned that “Xi’s leftward shift to a socialist China is for real”. It cites a sudden spree of policies in China put in place over the past year, including harsh regulatory crackdowns on big tech and the dismantling of the country’s private tutor industries, plus references to “common prosperity” by Xi in a recent address 15 times and a new announcement aiming to crack down on harsh working hours.

The article also mentions the purge of a prominent official in Zhejiang province, a key hub of China’s businesses and tech enterprises, on allegations of corruption. Of course, it is interpreted only as a ruthless power play, as opposed to a necessary crackdown on potential wrongdoing. Next year, China is hosting its prominent national party congress, an event of huge significance, and Xi is rapidly implementing his political vision in preparation for it.

The idea of course that China is shifting to socialism implies that in the past it abandoned it. This is a common interpretation given the opening up of its economy and embracing of market reforms. But is this a fair assessment?

In reality, it is misleading to say China is “returning” to socialism because it never actually turned its back on it. The idea of China being capitalist is a simplistic misinterpretation of what Beijing has been actually doing. Whilst it is true that the Xi era has come with a rekindling of ideology and a new emphasis on collectivism and the authority of the party, it is still ahistorical to assume the country ever truly left the path of socialism. This was a highly fanciful Western-centric interpretation.

Why, of course, did China change in a way that embraced private businesses and enterprise? Where did that come from? And what was it all about? It was following the death of Mao Zedong and the chaos of the Cultural Revolution – as well as the travesty of “the great leap forwards” – that Deng Xiaoping ushered in a new regime which saw the country adopt a position known as ‘socialism with Chinese characteristics’.

This was a contrast to the sheer revolutionary dogmatism of the Mao era, which had been successful as a guerrilla ideology, but ultimately unsuccessful in building and sustaining a state bureaucracy.

Deng Xiaoping would reinterpret Mao’s ideas and applied his methods of ‘on practice’, which argued that the worth of an idea was embedded in its practical results – as opposed to being based purely upon principle – in order to reform China’s political system and embrace market rules for its economy.

This was not an abandonment of socialism per se, but more of a learning curve. Deng described it as “finding stones to cross the river” and that “it doesn’t matter what colour the cat is as long as it catches the mouse” – in other words, if a method works, embrace it, albeit in the long-term pursuit of socialism.

In doing this, Deng was effectively arguing that the economics of the market and capitalism – a monopolistic practice where private interests dominate – were in fact two different things. China, he believed, could operate a socialist economy through market principles, but still for the common good. This coincided with China opening up to the West.

But buying and selling according to market rules should not be equated with the monopoly capitalism of the West. And so, China has developed an economy which has many big private businesses alongside many state-owned enterprises too.

Western nations, on the other hand, failed to understand China’s decision making, and still do today, primarily because they view it through their own ideological lens. They assumed that Deng’s decisions represented a gradual annulment of communism, a change of heart, and Beijing was on an inevitable trajectory to become like the West. The reality was that China did not abandon socialism wholly, but was pragmatic and flexible in adjusting its national policies according to the needs of the time.

In the 1980s, China was a poor country that required rapid development and private capital. The world was moving collectively towards neo-liberal economics led by Margaret Thatcher and Ronald Reagan, and China was a weaker geopolitical player that relied on better relations with the US and its allies. And so, it was able to milk their sense of geopolitical and ideological complacency and engage with them economically, as opposed to the outright Cold War division of the Mao years.

The world of course is no longer the same; the geopolitical environment has changed, China has changed, and so have its needs. In the Xi Jinping era, the solutions of Deng Xiaoping are deemed anachronistic, especially in China’s quest to elevate itself from a manufacturer of exports into a hi-tech nation with a consumer economy. The West, of course, believes dogmatically that capitalism is king, and therefore erroneously conflated the acceleration of capitalism in China with a trajectory of progress assuming the freer the market, the freer the country.

This is, of course, ridiculous, and there are numerous examples of countries, primarily in Latin America, that have demonstrated why the economic model of unlimited capitalism is a failure by creating enormous divides in wealth, small oligarchic elites and an inability for the country to create its own competitive, high-tech industries. This has tended to benefit the US, and nobody else.

As the Nikkei piece highlights, Xi believes it is impossible for China to develop a comfortable and prosperous middle class without socialist policies to support them. These involve fighting back against the rising costs of living, harsh work conditions and big tech monopolies, which limit people’s ability to consume, and take their toll on national birth rates. If China continued on its current path, it would hit ‘the middle-income trap’.

In conclusion, Xi Jinping’s path is simply a deviation from Western expectations of what China should be. It is easy to interpret everything he does in the stereotypical discourse of a dictator who wants nothing more than power, but it takes real critical thinking to recognise his decisions make up the pragmatic approach required to meet China’s needs within a given geopolitical context.

Ultimately, what is behind the coverage you see in the West is a sense of dismay that China did not take the path they wanted. China was a socialist state, and still is, but refines its policies in pursuit of its national goals where necessary. It understands the difference between dogmatism and pragmatism, and that is why it so frequently succeeds.