Why indeed bomb a hospital? Humanitarian considerations aside, the military ineptitude and lousy PR 1 should cause sensible folk – their emotions not yet fully at the mercy of propaganda blitz – to exercise caution and a modicum of scepticism (not to be confused with cynicism) in the face of such reports.

For why such stories may be untrue – may in fact be elaborately staged theatre – look again at that Guardian headline.

For how such stories can swiftly gain the status of fact, see the Ukraine on Fire film I linked to earlier. It goes in some detail into how a mix of CIA, shadowy “NGOs” and “colour revolution” backers like the neoliberal billionaire George Soros can direct the necessary funds and media knowhow to sinister forces – jihadists in Syria, neo-Nazis in Ukraine – to stage such PR stunts.

Knowing that systemically power-compliant media will eagerly do the rest.

Proof? Well that cuts both ways, and it’s usually hard to prove a negative – that something did not  happen in the manner described. But how about this? 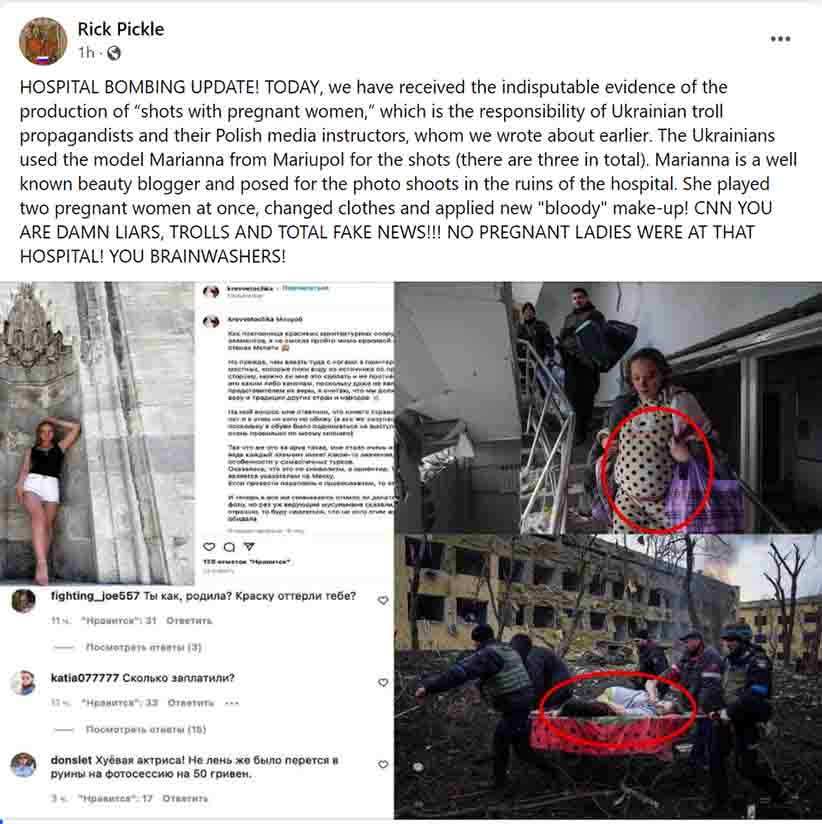 You may well ask why a hospital would be bombed at all, whether or not it houses patients. One possible answer is that the Azov Battalion, again taking a leaf from the Syria jihadists’ playbook, is not only preventing civilians from leaving Mariupol but using them as human shields.

This is a must watch …

Final thought: US Senators and Congressmen, themselves hardly immune to this propaganda blitz, will vote for that $13bn military aid to prolong a war Ukraine cannot win but which may turn it, at huge and needless loss of life, into a new “Afghan Trap” for Russia. So when we ask the cui bono question of a false flag attack on a hospital in Mariupol, Ukraine’s powerful Nazi forces are not the only ones with a motive for such cynical deceit.

If you catch my drift.

11 Replies to “Ukraine: why bomb a hospital?”