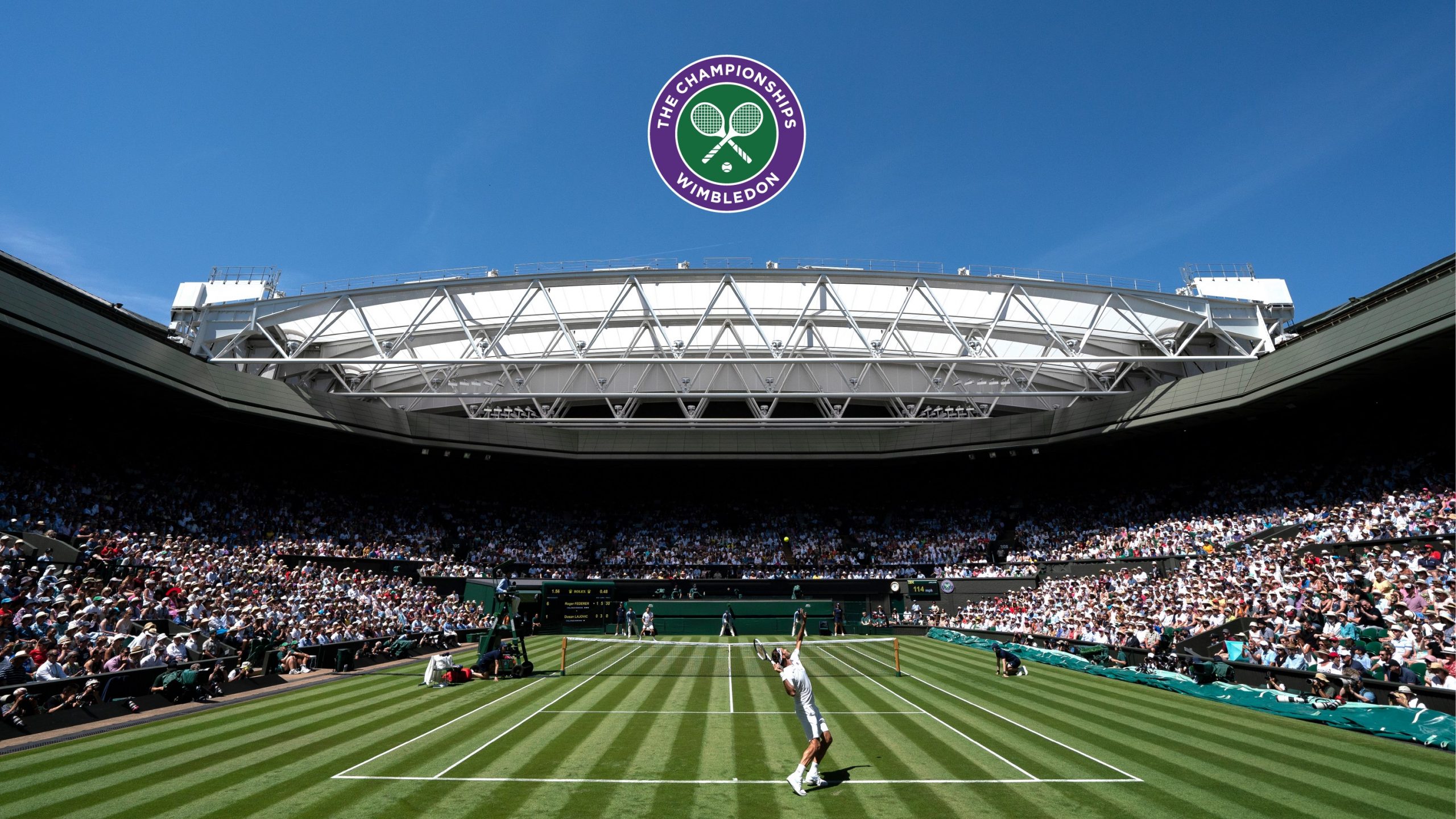 Play began at the 135th edition of the Wimbledon tennis tournament in London on Monday without the participation of Russian or Belarusian athletes. The All England Lawn Tennis and Croquet Club (AELTC) announced in April that it was going along with British government’s demands, part of the chauvinist hysteria aimed at justifying the US-NATO proxy war with Russia.

The ban on Russian and Belarusian players means that five of the top 100 male players, four Russians (Daniil Medvedev, Andrey Rublev, Karen Khachanov, Aslan Karatsev) and one Belarusian (Ilya Ivashka) will not be in attendance. Medvedev, reigning US Open champion, is currently ranked number one in the world and Rublev number eight. 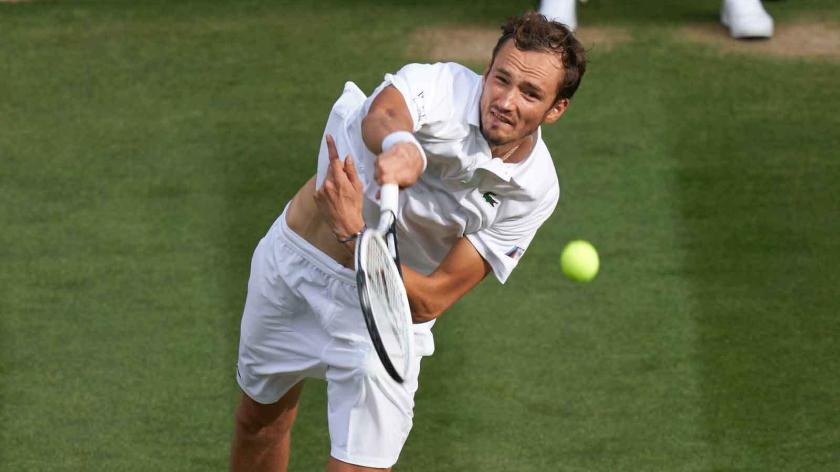 The prohibition on the tennis players has been widely criticized even within the elite tennis world. In order that the Russian and Belarusian players will not be penalized, the ATP (Association of Tennis Professionals), the worldwide tour for men, and the Women’s Tennis Association, the equivalent for women, along with the International Tennis Federation, have stripped Wimbledon of ranking points this year, effectively reducing it, in the words of one commentator, to an “exhibition” tournament. However, the 40 million pounds (US$50 million) in prize money has continued to draw most of the top players.

Describing himself as “a child of war,” in reference to the bloody conflicts in the Balkans in the 1990s, Djokovic, a Serb, has said that he does not see how the Russian and Belarusian players “have contributed to anything that is really happening. … I don’t feel it’s fair.” Stephens, a member of the WTA Player Council, former world number three and 2017 US Open champion, defended the decision to strip Wimbledon of its ranking points on the grounds that “discrimination will never be tolerated.” 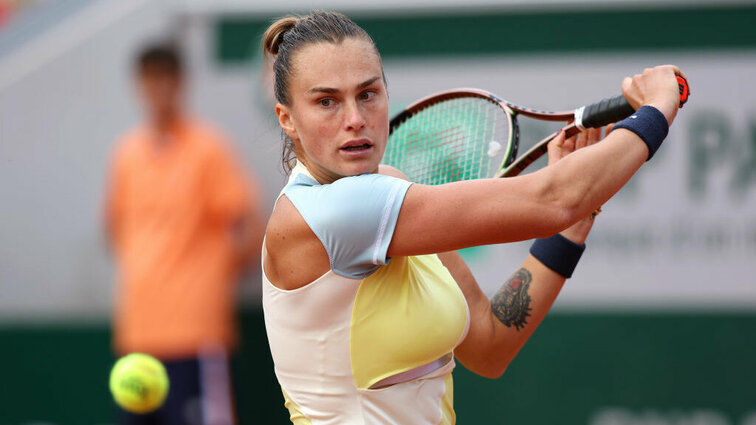 The hypocrisy of the All England Club decision is almost supernatural. Chairman of the board Ian Hewitt told ESPN that the ban of Russian and Belarusian players was a decision that was “beyond the interests of tennis alone” and was “influenced by the directive guidance which the government gave us in relation to the matter.”

Hewitt went on to tell ESPN that given the profile the tournament had, “it was very important to us that Wimbledon … should not be used in any way, by the propaganda machine which we know the Russian government employs in relation to its own people and how their position in the world is presented and … we just would not countenance Wimbledon success or participation in Wimbledon being misused in that way.”

The crimes of the Putin regime are considerable, including its reactionary invasion of Ukraine, 1 which has provided the US and its gangster allies in Europe the occasion to intervene in the conflict, massively increase defense spending and bring the world to the verge of nuclear war.

However, what is the record of the Wimbledon tournament in relation to “tragic situations” (Hewitt) like the one in Ukraine? First of all, one needs to point out that black players were not allowed to play at the All England Club until 1951, and Jews were not accepted until 1952. Angela Buxton, the British Jewish former Wimbledon doubles champion in 1956 (as the partner of African-American Althea Gibson), told a reporter that 50 years after her triumph she had not been invited by the Club to join. She observed that she had been on the “waiting list” since she applied in the 1950s.

Since the first Wimbledon tournament in the 1870s, the British ruling class and its military have carried out invasions, occupations, massacres and assorted atrocities in so many parts of the globe (India, Ireland, Kenya, etc.) that it would take a dozen articles of this length merely to identify them. As the great Marxist Leon Trotsky once noted of British imperialism, “bribery, eloquence and deception, and colonial methods of sanguinary oppression and hypocrisy, along with every other form of vileness, have entered equally into the rich arsenal of the ruling clique of the world’s greatest empire.”

In more recent years, reduced to the status of a subordinate power, the British powers-that-be have acted as willing allies of the US in further massive crimes, in Iraq, Afghanistan, Libya, Syria and elsewhere. Has the All England Club ever spoken out against or acted in regard to a single one of these horrors? The question is purely rhetorical.

The Club, whose board of directors includes the expected assortment of multi-millionaire businessmen, wealthy lawyers and lords and ladies, spiritually presided over by the Duchess of Cambridge (Kate Middleton), has turned itself, eagerly, without a whimper, into an arm of the despised Boris Johnson government and its filthy foreign policy. There is not much more to say.

6 Replies to “Anyone (not Russian) for tennis?”