Guardian July 16, 2020. Phrases like “UK says …” (“experts say” .. “intelligence sources believe” …) do play, when they fit with narratives years in the making, on our unconscious conflation of “we have evidence” – claimed by sources we trust in spite of atrocious form – with actual evidence.

A friend of a friend, responding to criticisms of the Guardian, wrote:

What is going on here as far as the much-lambasted Guardian is concerned?  Is there some kind of conspiracy? How does that work? Or is it sloppiness or laziness on the part of The Guardian and its contributors? Or some kind of malice? Or just crap judgment?

Is there monolithic control at the top of the Guardian, wilfully distorting and slandering due to some shared agenda? And requiring adherence throughout the organisation?

These are good questions which merit an answer. I’ll keep it brief.

For the most part we need assume no conspiracy. A 200 year business model of media reliance on advertising – indirect in the case of the BBC 1 – has established an Overton Window through which an extreme world order is normalised, and those whose analyses fall outside it depicted (actively, or by resounding silence) as the true extremists. I explored this just days after Labour’s hammering in local elections last May. See Britain decides!

By “an extreme world order” I mean that:

Collusion by corporate media in maintaining the above seems on the face of it to be refuted by pluralism of view and vigorous debate on matters, not all of them trivial, which present no real threat to rule by and for the few.

(We can define a ruling class by monopoly ownership of some essential of wealth creation. All the rest flows from that. Under capitalism this essential is capital, finance capital in particular, although land ownership – the defining feature of a feudal ruling class – remains important. 2 )

But on matters pivotal to class rule there is little substantive difference between Guardian and Mail, Mirror and Economist. Examples? Across the board vilification of Assange, Corbyn, Assad, Putin and Xi. All in their different ways did or do obstruct or threaten the world order as set out above. None more so than those last two: bêtes noires and metonyms for the rise of Eurasia to call time on five centuries of Western hegemony. 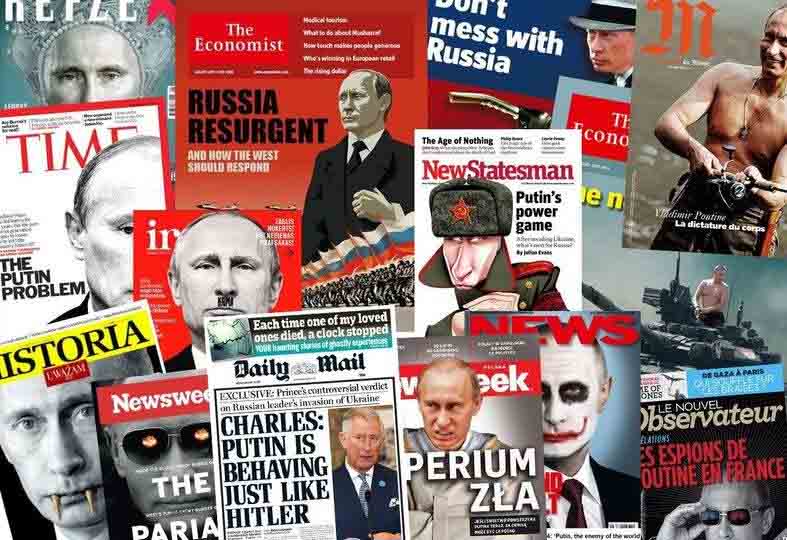 “Evidence” for this headline – and “Xinjiang genocide” – comes from Adrian Zenz, Christian fundamentalist author of a risible “study” from which even the US State Department distanced itself (though former Sunday School teacher Mike Pompeo, who bragged about CIA lying, did not). Zenz says God has tasked him with ending communism.

The Guardian’s case is special in more ways than one.

Given Ball’s staggering smugness it seems nit-picking – I wouldn’t bother if his error had not been so widely shared – to point out that “charges in Sweden” could not be “dropped” since no charges were ever made. 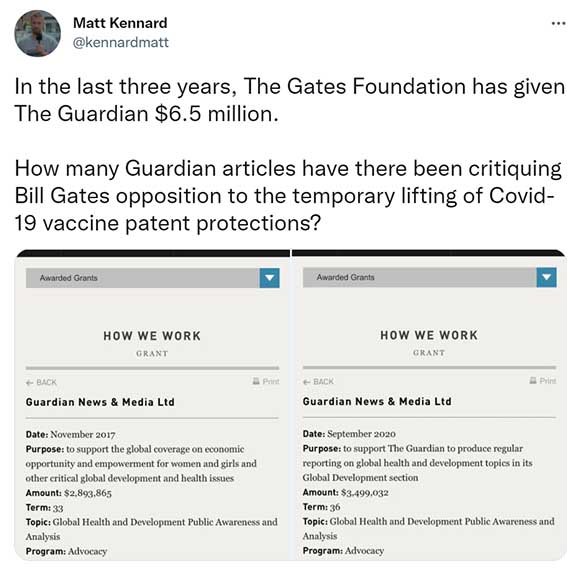 As to the question – is there some monolithic control at the top of the Guardian? – here too we need assume no such thing. Why do we so often fail to generalise – a variant on the Gell-Mann Amnesia Effect – the lessons of our own experience of the corporate world?

Journalists who know what’s good for them please editors. 4 Editors who know what’s good for them please proprietors. Proprietors – whether Guardian Media Group or the Citizen Kane king-makers of Murdoch, Rothermere and Barclay Bros stripe – not only crave honours and a seat at the high table but, more systemically, are subject to the market discipline of advertising: and in GMG’s case the neo-feudal beneficence of wealthy patrons who need do nothing so vulgar as spell out their expectations. That they can at any moment withdraw their love and turn off the money flows is corruption enough.

This covers it, I think.

3 Replies to “Monolithic control at the Guardian?”