Condemning Putin is the safest, most redundant and least courageous thing that anyone in the western world can do right now. What’s a lot harder is taking a bold stand against the west’s depraved role in getting this war started and keeping it going.

Monbiot revives a CIA black propaganda talking point. [John] Pilger is discredited not because his facts are wrong – after all, they’re well documented, including by senior US officials – but because bad people have shared them on the net. It’s a puerile argument … popular [too] with the Israel lobby. Write a piece exposing ugly facts about Israel and they’ll scour the net till they find a neo-Nazi site that republished it. Then they don’t need to address the facts. Truth becomes a lie just because it serves Nazi interests too.

Following my post earlier today, featuring a Caitlin Johnstone offering, I’m recycling something I first posted eight months ago to the day.  1 Though the immediate subject is George Monbiot’s attacks on leftist critics of the US Empire in respect of its war in Ukraine, 2 many of Jonathan Cook’s points, to which Monbiot has not responded – how could he? – have wider applicability. Indeed, in categorising this post, I’ve added the ‘science and reason’ tag to the more obvious ‘ukraine war’ and ‘media’ tags. 3 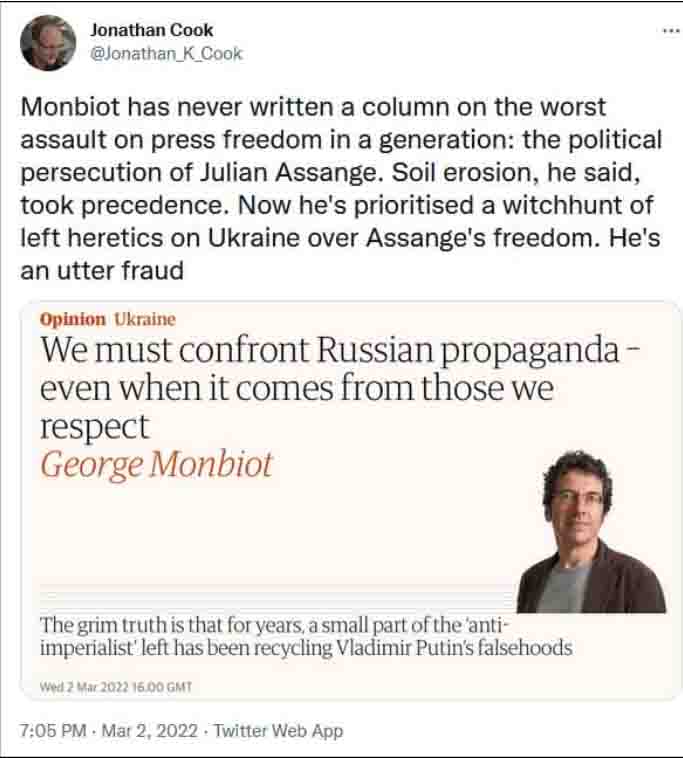 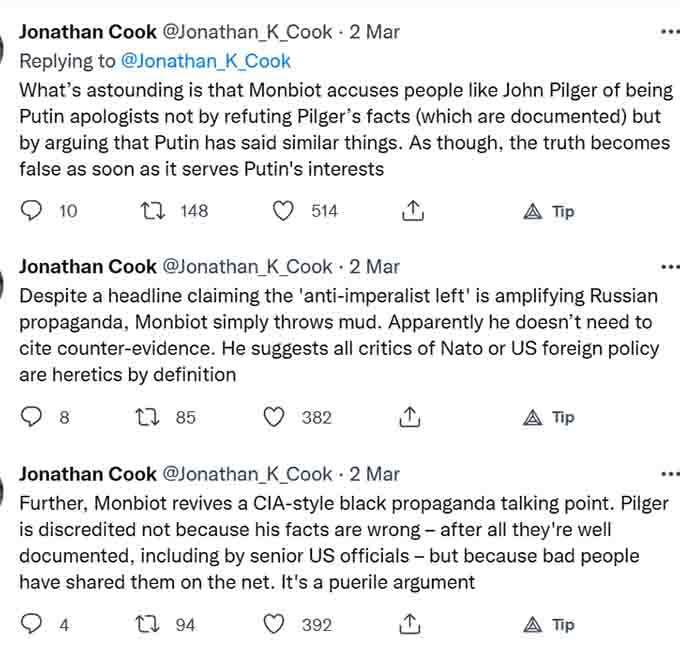 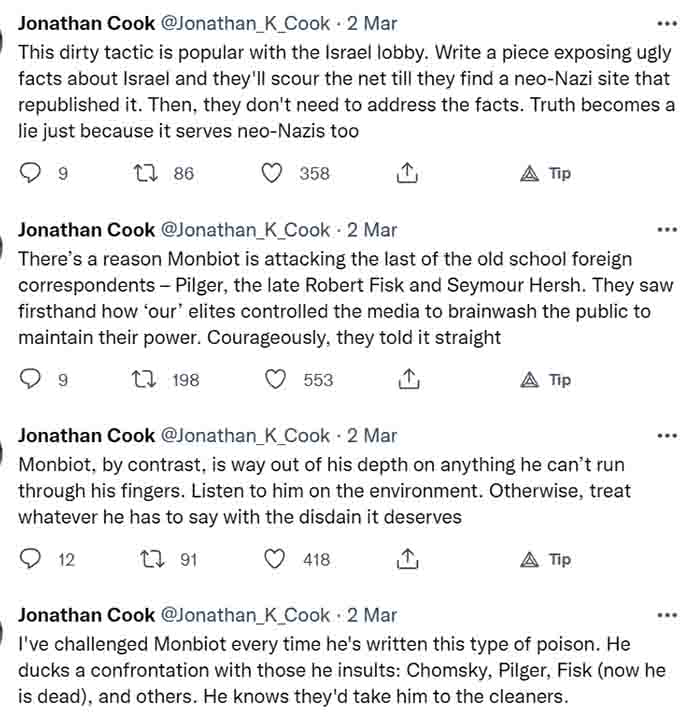 9 Replies to “Cook on Monbiot on Ukraine (again)”