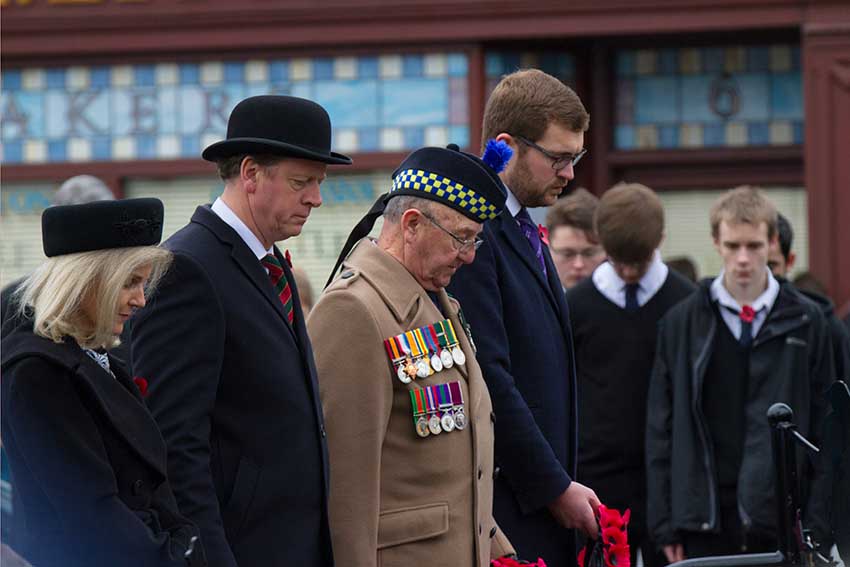 And gentlemen in England now a-bed
Shall think themselves accursed they were not here,
And hold their manhoods cheap whiles any speaks
That fought with us upon Saint Crispin’s day.

Tomorrow will mark the hundred and third anniversary of the ending of World War One. That wasn’t its name at the time though. Since it had been billed as “the war to end all wars”, those dictating the terms of the Armistice – signed at 05:15 on 11/11/1918 in the Rethondes Clearing of France’s Compiègne Forest to take effect at 11 am – were already calling it the Great War. But as we know, a Greater War Yet would break out not twenty-one years later.

Forty million people, only half of them in uniform, “gave” their lives in WW1. Its horrors – those of Flanders the most vividly conveyed, though there were other theatres – have been related in countless tomes. On the fiction front, may I recommend Sebastian Falks’s Birdsong?

But “the war to end all wars” was not the only lie. British Prime Minister David Lloyd George had promised those who made it back “a land fit for heroes”. (Only the most ferocious had been redirected to Russia, to join the elite killers of thirteen other nations fighting alongside White Cossacks to crush the Red Threat to God, King and Capital.) Instead they returned to lock-out and lay-off. Some, criminal elements from the slums of the north east, signed up with the Black & Tans, sent to terrorise an Ireland yearning for freedom after centuries of British occupation.

My point being that Henry’s imagined words to an English force outnumbered by five to one at Agincourt – and Lloyd George’s to men returning traumatised if not broken beyond repair from carnage now industrialised – form part of a wider pattern. The wars of those who rule powerful states are always justified in the name of high ideals, and always prosecuted for baser reasons. From this deeper truth, lies – that the veterans of Henry’s land and glory grab would forever be honoured … that the survivors of the first global imperialist war for profits would know lifelong prosperity – follow as night on day.

I won’t be wearing a red poppy this year. I haven’t for decades. You might catch me with a white one, if I get lucky. They aren’t easy to find. I’ve twice visited Beeston Methodist Church, having been told this is the only place for miles around selling them – and twice failed to gain entry.

(Let no man call me, approaching Year Ten of my own epic war with Sheffield Hallam – in which another significant ruling in my favour was handed down just yesterday 1 – a quitter. No, and no woman either. You see if I’m not at that church door tomorrow and tomorrow for my little white emblem of defiance!) 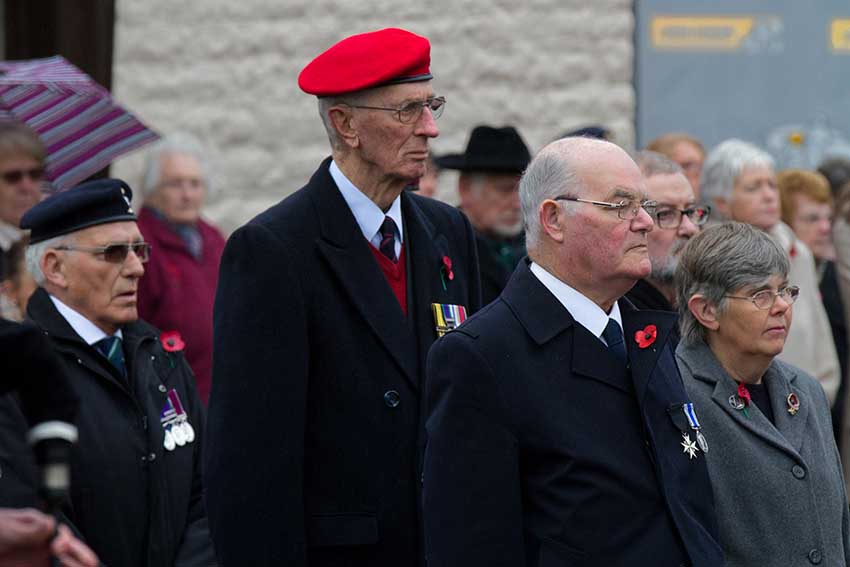 To be clear: those depicted here are not hypocrites. But they are callously and outrageously deceived.

As they do so the bombs will continue to rain on impoverished, brown-skinned men, women and children in Yemen. Each bomb will chalk up a profit for those with shares in Britain’s high-tech and highly lucrative death sectors.

Elsewhere, in the South China Sea, those stationed on the warships of Australia, Britain, Canada and the USA – probably not France, recently stiffed on that nuclear subs deal – will stand on deck in sombre silence as the mandatory pieties are intoned. Then they’ll go back to patrolling the Taiwan Strait in the name of Standing Up To Beijing Bullying.

(If you don’t deem that provocative, and recklessly so, you might for a second imagine Chinese and Russian warships, some of them nuclear armed, doing similar in the Gulf of Mexico.)

So for me it’s a white poppy or none. But let me leave you with one who, though no soldier, has seen more war than many an enlisted man. Or woman. Here’s John Pilger, eleven months ago – that number keeps coming up – on the subject.

Britain’s Armed Services Memorial is a silent, haunting place. Set in the rural beauty of Staffordshire, in an arboretum of some 30,000 trees and sweeping lawns, its Homeric figures celebrate determination and sacrifice.

The names of more than 16,000 British servicemen and women are listed. The literature says they “died in operational theatre or were targeted by terrorists”.

On the day I was there, a stonemason was adding new names to those who have died in some 50 operations across the world during what is known as “peacetime”. Malaya, Ireland, Kenya, Hong Kong, Libya, Iraq, Palestine and many more, including secret operations, such as Indochina.

Not a year has passed since peace was declared in 1945 that Britain has not sent military forces to fight the wars of empire.

Not a year has passed when countries, mostly poor and riven by conflict, have not bought or have been “soft loaned” British arms to further the wars, or “interests”, of empire.

What empire? Investigative journalist Phil Miller recently revealed in Declassified that Boris Johnson’s Britain maintained 145 military sites – call them bases — in 42 countries. Johnson has boasted that Britain is to be “the foremost naval power in Europe”.

In the midst of the greatest health emergency in modern times …