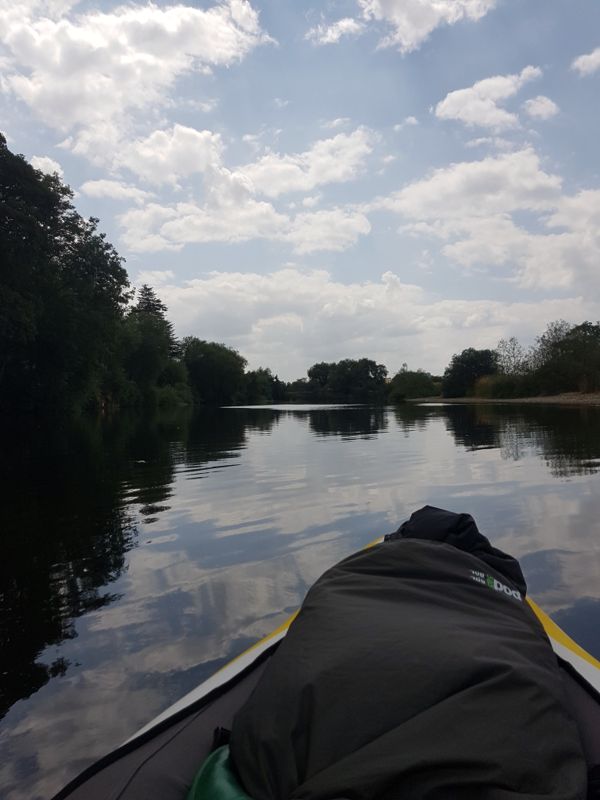 Many sections of the Wye are still as a mill pond, a fact begetting two unfortunate errors on my part. The first and least consequential was that, after putting in at Glasbury Bridge mid afternoon yesterday, I paddled a mile upstream on the assumption I was doing the opposite. Short of truly radical action, like consulting the digital maps I pay Ordnance Survey £24.99 p.a. for the privilege of downloading, the Wye loops and twists so much that neither position of sun nor general sense of direction are to be relied on.

So when, after said mile of paddling, I arrived at a rill fully spanning the river – a wavette of negligible height but coming impossibly yet undeniably at kayak and skipper – various explanations passed through my brain, to be computed and rejected in short order. Burst main? Unlikely. Tidal bore? With Chepstow and Severn more than a hundred miles downriver, that seemed as likely as a tsunami in Barnsley. Laws of physics suspended? Don’t think I didn’t give this fleeting consideration before coming to the conclusion – scarcely more credible but, as Holmes observed, eliminate the impossible and whatever remains is the truth – I’d made a navigational error of the most basic kind. Swallowing my pride, always easiest with no one else around, I turned one hundred and eighty to arrive at Glasbury Bridge the best part of an hour after I’d left it thinking itself shot of me for many a day.

Says Tweed to Till, what makes you run so still? Says Till to Tweed, although you run with speed and I run slow, for every man that you drown, I drown two.

I’ll get to the second unhappy consequence, of its still sections having me misread the Wye, in due c. First, some pics, starting with the hiker time forgot, spied on the bus from Hereford to Glasbury (‘Glazebury’) yesterday. Pity I didn’t get his museum piece knapsack into the shot …

… but there’s no denying the man has style. 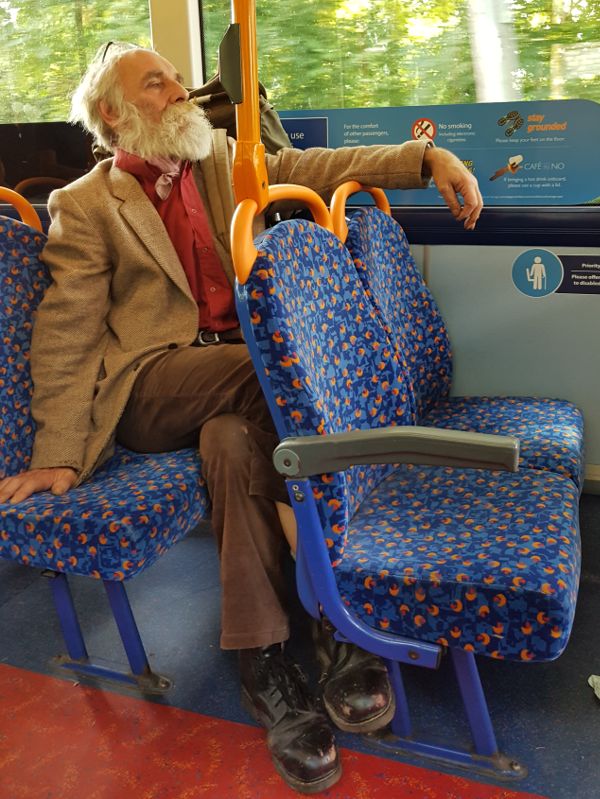 As I alight at Glasbury Bridge … 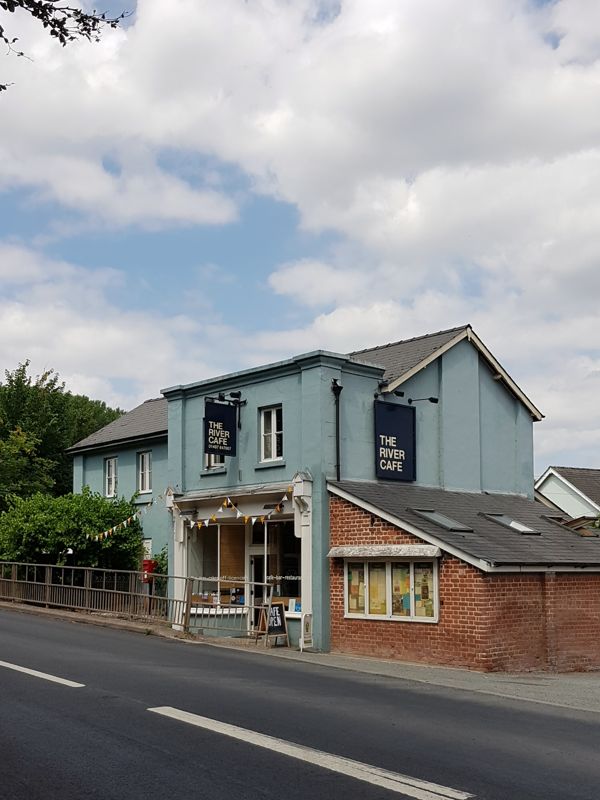 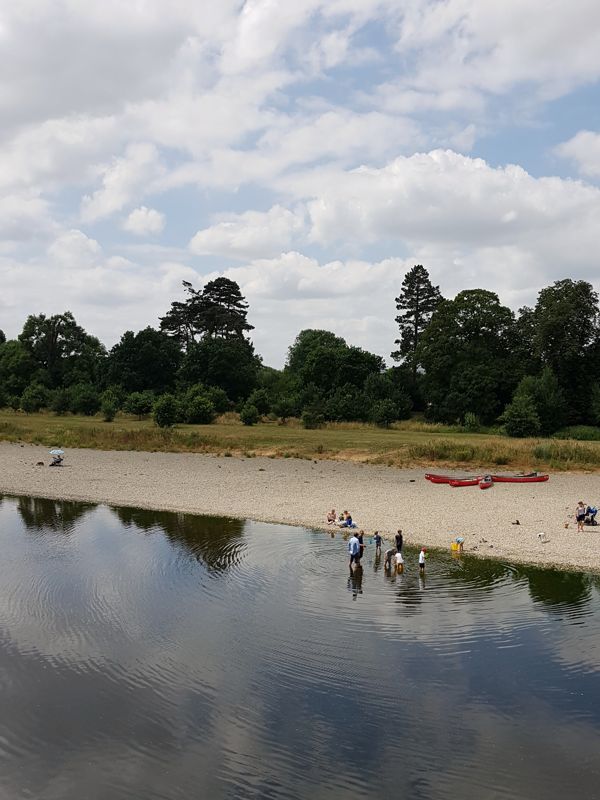 Aforementioned misreading of flow excepted, it’s downriver from here on in. 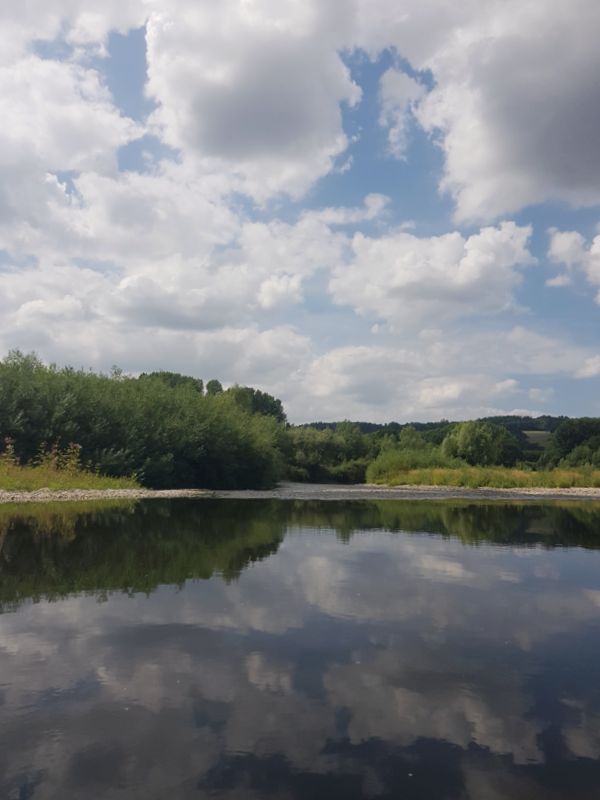 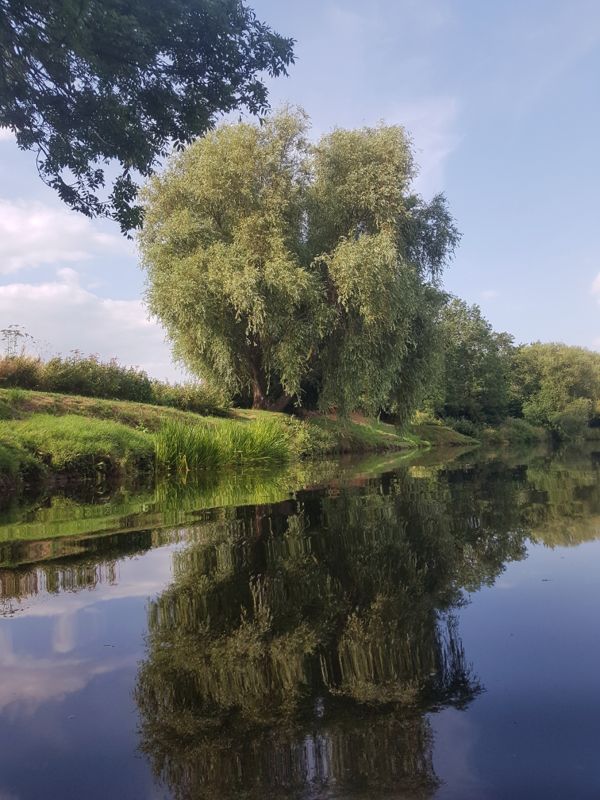 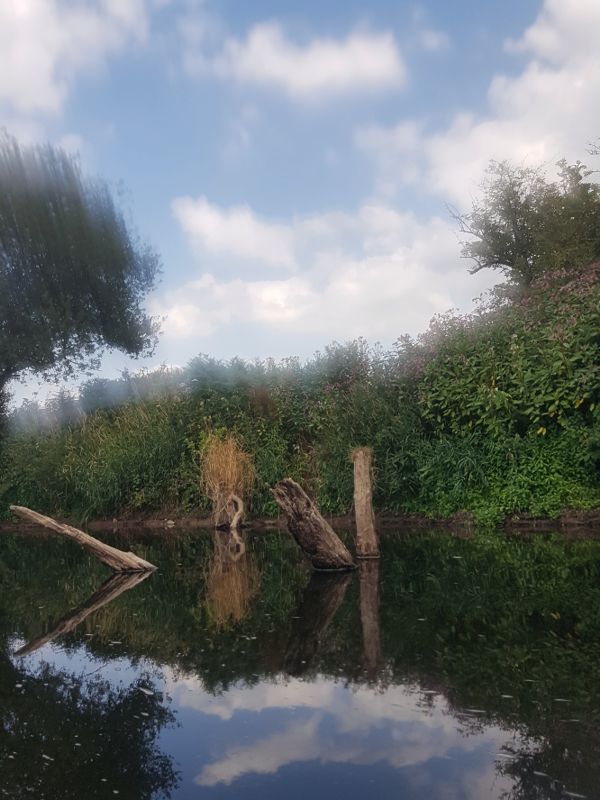 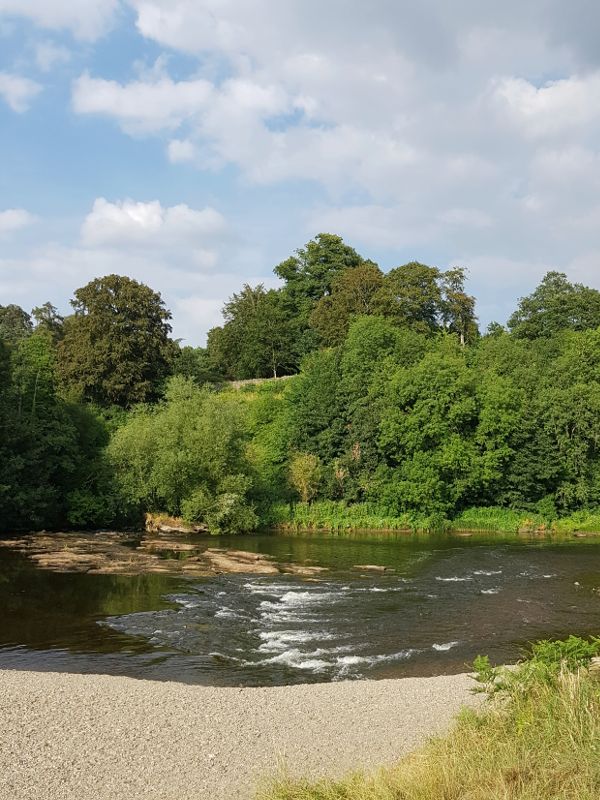 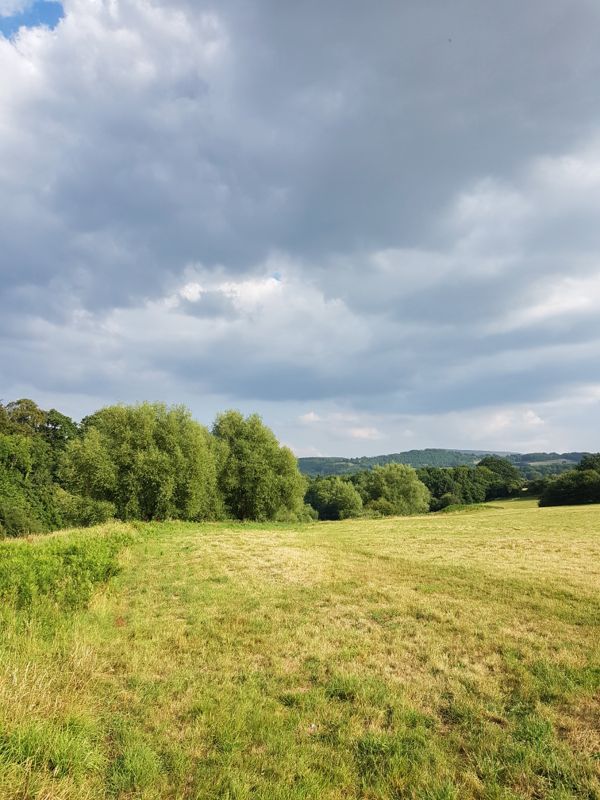 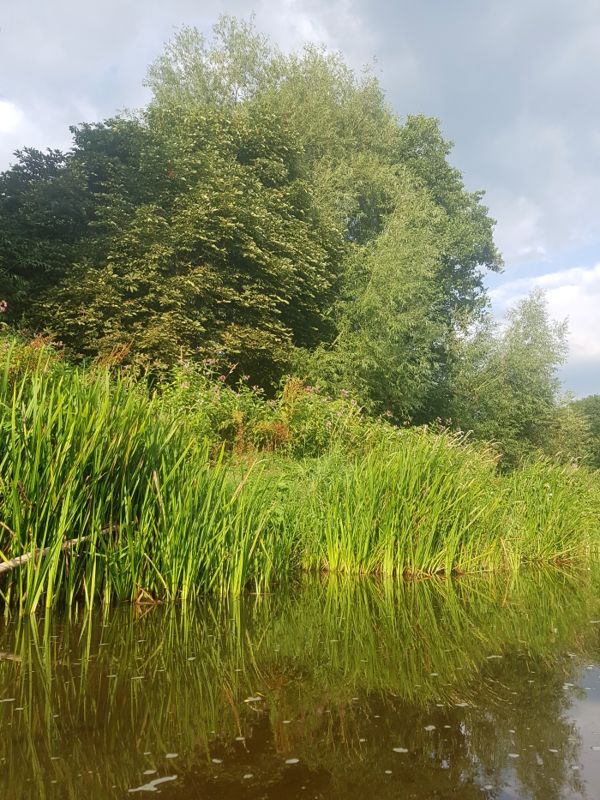 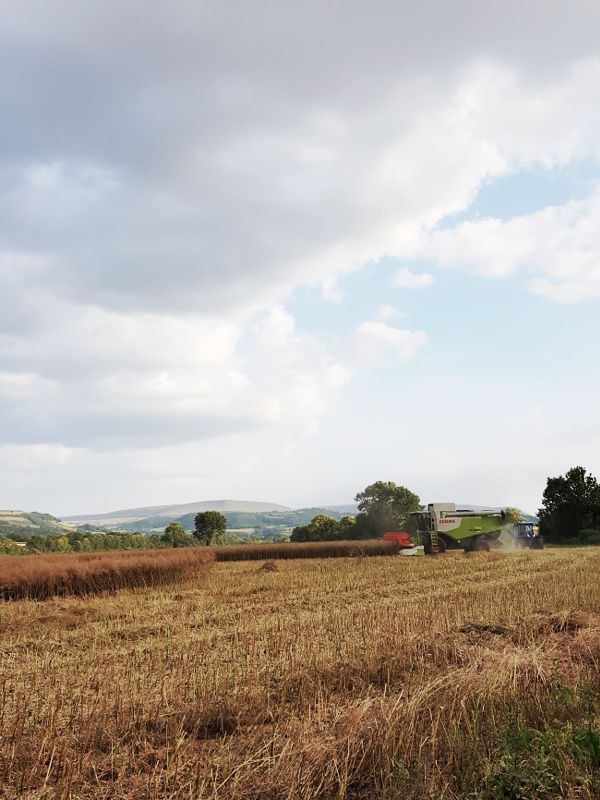 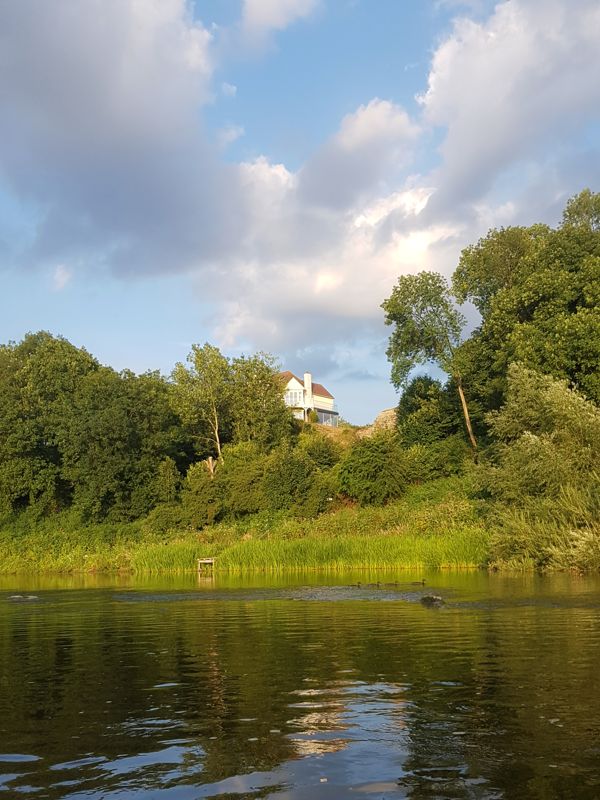 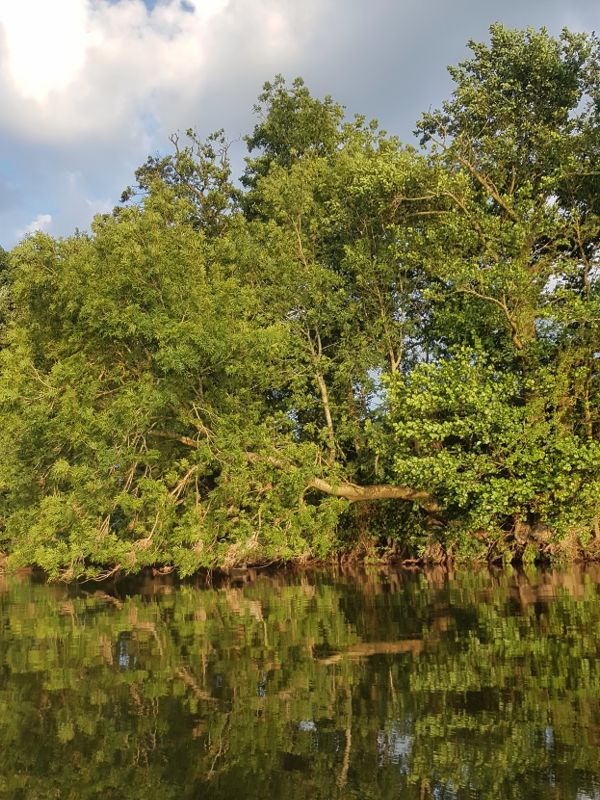 After weeks without rain the river is low. But that has its upside. Though I’ve seen no otter, animals are more easily spotted, be they the sheep forced to come into the water to drink, or the fish stripped of the cover afforded by deep pools and holes. The latter makes herons plentiful. We think of them as solitary birds but where prey is bountiful and easy, they tolerate rivals. 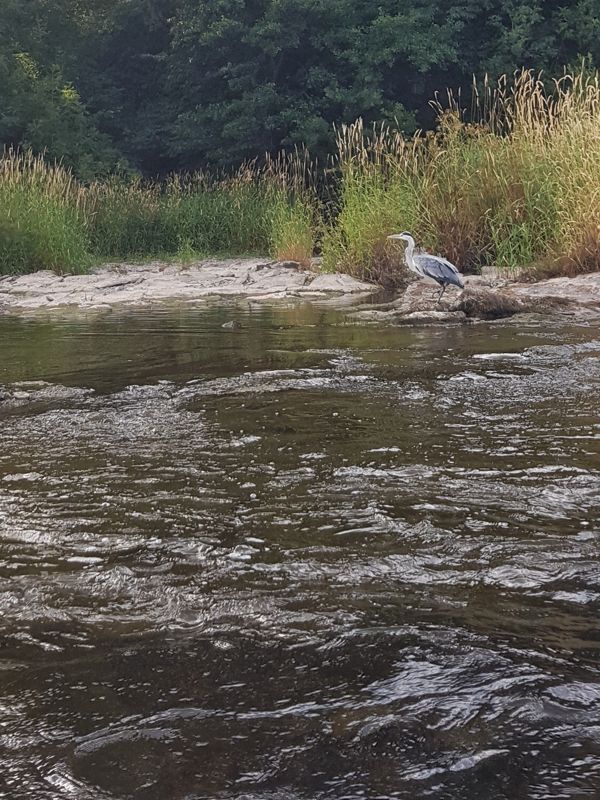 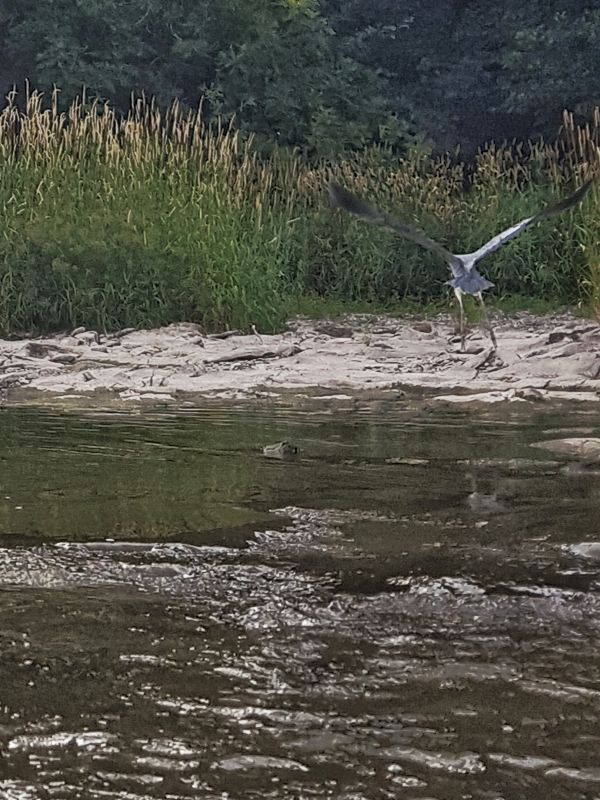 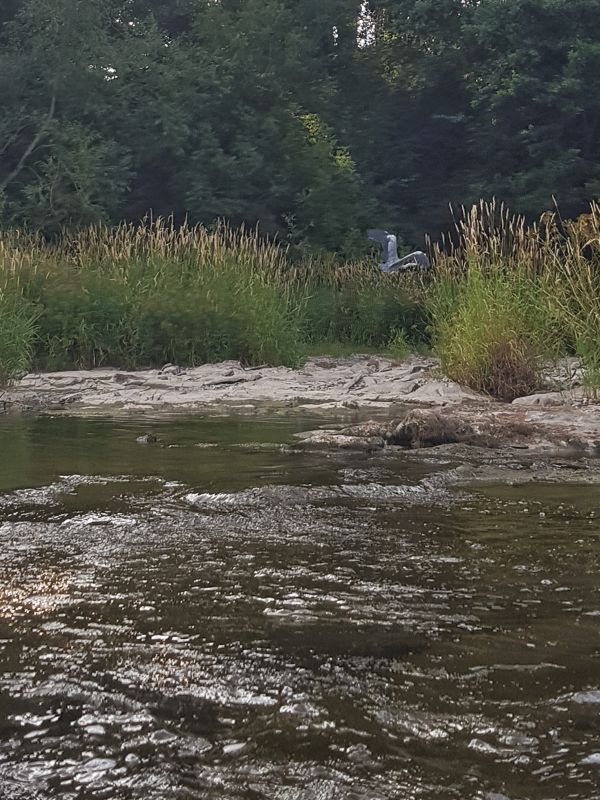 I’ve also encountered cousins of the grey heron in the shape of several white egrets, a bird I’m used to seeing en masse in Asia, and to lesser degree Spain; not here in the UK. But back to our more native heron, or rather the fast water setting of those last three pictures.

I’d chosen the Wye, a fairly shallow river with both sedate and fast sections, specifically to broaden my experience after those dreamlike days on Windermere. With canals and large lake under my belt, water of more sprightly disposition seemed just the ticket.

Here’s where things get technical. Inflatable canoes have a skeg: a strip of thin plastic like the dorsal fin of a grayling, eight inches long, four deep, curving back towards the stern and fixed underneath the kayak. To all practical intent a skeg is a keel. On open waters like Windermere you need it, else be at the mercy of even moderate winds. What’s more, when skegless on still water the stern zigzags, much of your effort engendering uselessly sideways as opposed to usefully forward momentum.

But on fast shallow water the skeg’s a liability. It’s not so much that it scrapes every rock and pebble of the shallows, though it does; more the risk of it damaging the boat.

Well, you say, where’s the problem? A bit of a faff, to be sure, but where’s the harm in pulling kayak from water, on a river of as many faces as Nick and Boris combined , to fit and remove skeg as required? Simply this. It slides into lugs on the deflated kayak’s underbelly. Only with boat inflated does the consequential stretch lock it in place. So you have to decide before inflation: to skeg or not to skeg. And you got it. That long stretch upriver from Glasbury Bridge, whose calm had misled me on direction of current, also had me make the wrong call on the Skeg Question.

Again you say, where’s the beef? Well here’s the beef. After scraping the river bed a dozen times in as many minutes, once downstream of Glasbury Bridge, I beached up on a bank of shingle in Mid Nowhere. Determined to bite the bullet, I unloaded small mountains of dry-sack, holding all my worldly possessions, then with calm assurance let the air out of all three chambers, childishly gratified by the hiss. That done, I removed my skeg in the manner described, then set to with foot pump.

Things went well at first. But within minutes I saw that all was far from well. The air, you see, wasn’t going in as fully and swiftly as it ought. Inspection of pump soon revealed the fix I was in. Paying no heed of sharp stones underfoot, and stepping down with insufficient care, I’d managed to puncture the bellows. For every cc of air entering the kayak, three were sending wispy blades of grass into the kind of dance palm trees perform in a tropical storm. (Funny innit, the inanely banal thoughts that flit across the stage of the human mind when chips are down and backs to wall? Quite diverting, those swaying blades, to one in appreciative mood. I wasn’t.)

Mindful of a certain Monty Python episode, I scanned upstream and I scanned downstream. I dare say I scanned skyways too. Even such rational materialist types as yours t. may in extremis turn momentarily to superstition. But though my sweep of gaze was nothing if not thorough, nowhere on those deserted banks, adjoining meadows and wooded hills did I catch sight of an Inflatable Boat Pump Repair Shop. I was in a hole, and no mistake.

But goodness me, look at the time! For the how of my extrication from jaws of d, do tune into the next thrilling episode of Wye Kayak? 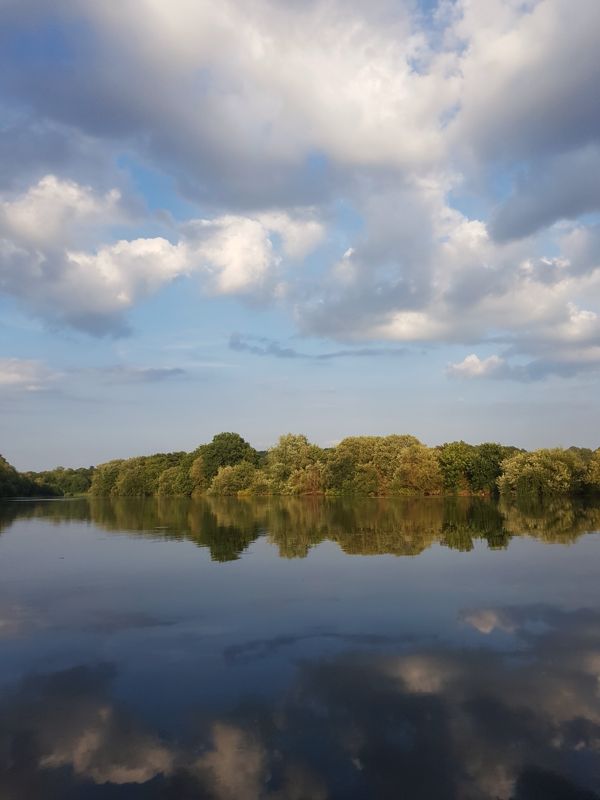 14 Replies to “Glasbury to Whitney Bridge”