No, not another kayaking saga. Today Sue and I, last snapped hiking in Hope a month and a day ago, drove to the ancient village of Thorpe Salvin. I try not to use the car at all these days but, with this my last walk before the move to Nottingham, made an exception.

A mile east of Thorpe Salvin we parked in the lay-by of a rural cul de sac, shape of a hacksaw, a tad north of Bottom Farm. Crossing a meadow, we joined the Chesterfield & Stockwith Canal at the lock cottages to pretty Turnerwood Bridge. (Most canal bridges of the era, post Napoleonic Wars but before railways killed the boom, are pretty.) Hard to see it now but, five months ago, the path to it sliced Exodus fashion through a sea of rape. Bright yellow, shoulder high. 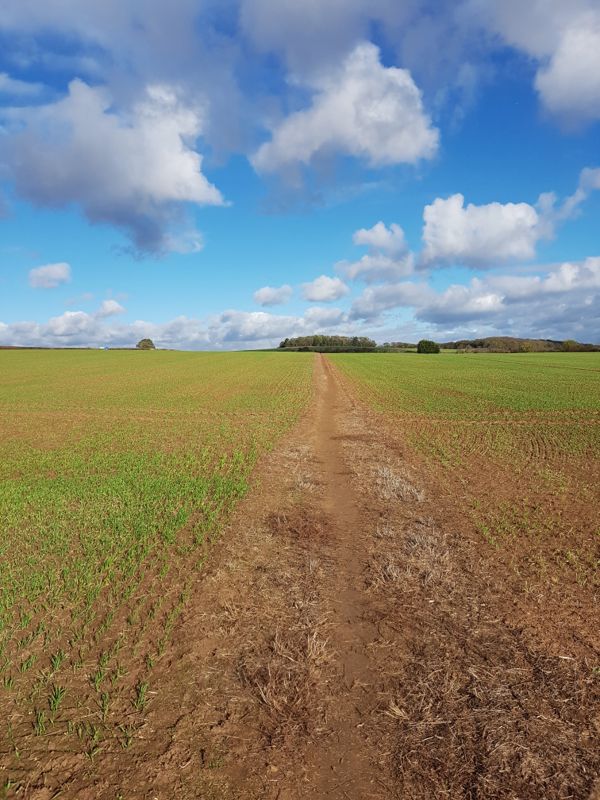 This was one of those days, most likely in April and October, landscapers love: brooding cobalt skies one minute, bursts of biblical sunlight the next. Now on my sixty-seventh orbit of the sun, life has never seemed so beautiful. I’d brung my serious kit – 7D Mark II with the transcendental L-series EF 70-200 f/2.8L IS II USM lens – but not once did it leave my rucsack. All these images were taken on the Samsung S7 Edge phone. I’m getting lazy. 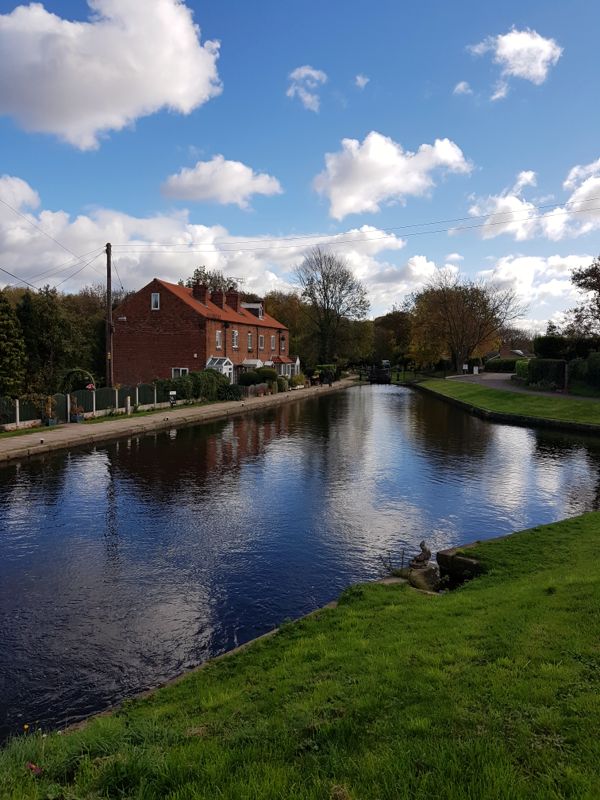 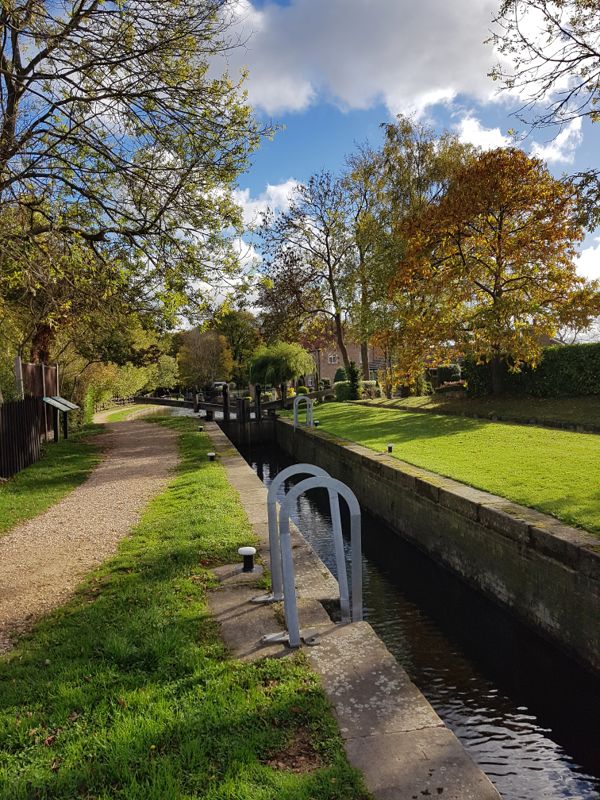 The Chesterfield & Stockwith runs from Chesterfield via Staveley, Kiveton, Shireoaks, Worksop and Retford to join the Trent a few miles downstream (hence north) of Gainsborough at West Stockwith. When I were a lad the western, Chesterfield end had been long closed, the canal effectively starting at Worksop, fifteen miles east, but by the millennium the Chesterfield Canal Trust had renovated five miles from Tapton Lock at the crooked spire end. For some nine miles eastwards, Staveley to Kiveton Park, the canal disappears where Norwood Tunnel collapsed in 1907. Irreparable, the tunnel is to be bypassed in the next round of renovation.

I’m guessing that’ll take at least a decade. Meanwhile, the Shireoaks stretch is widely held to be the most picturesque of the canal’s forty-six mile entirety. 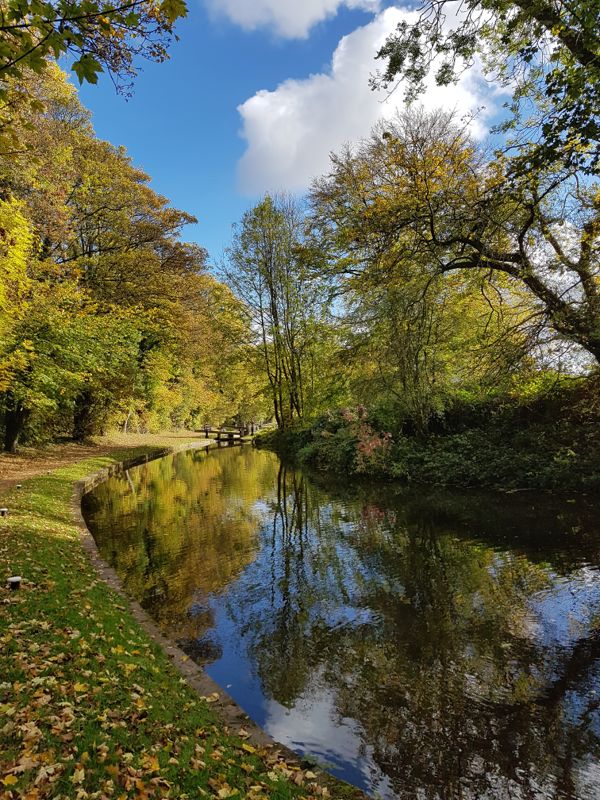 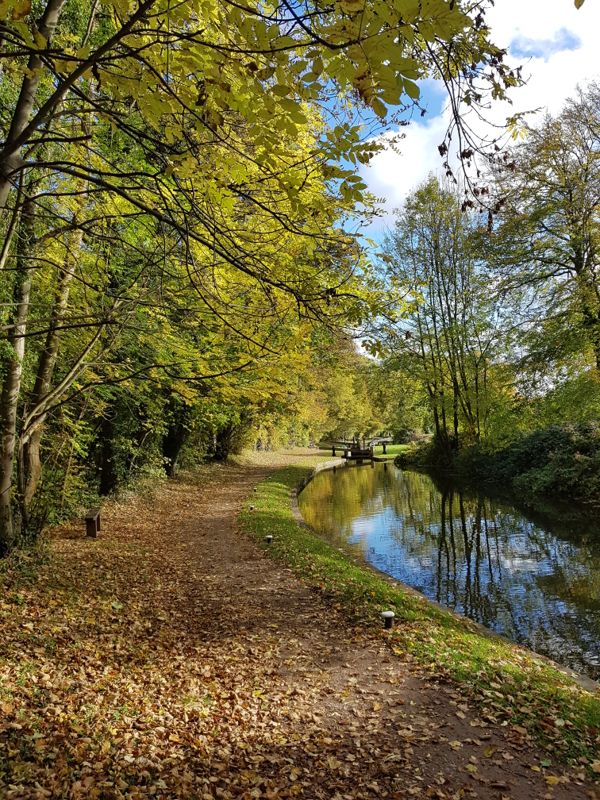 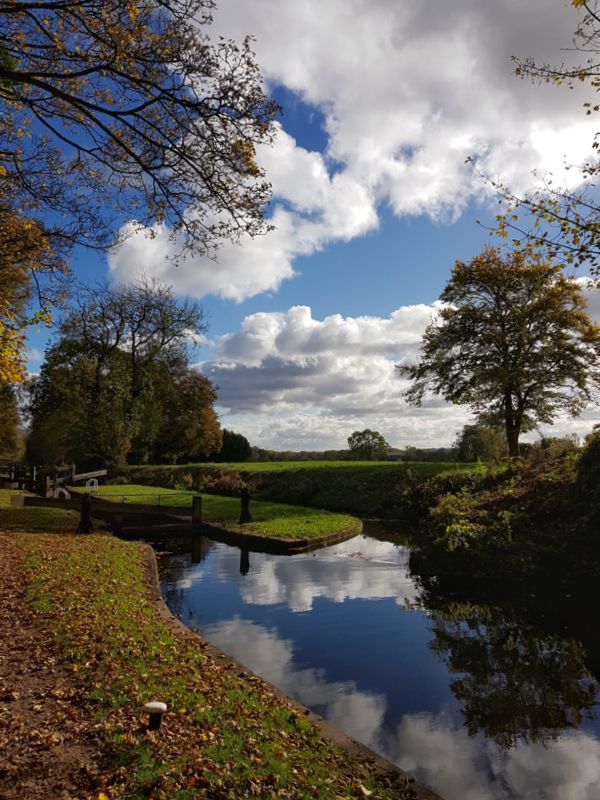 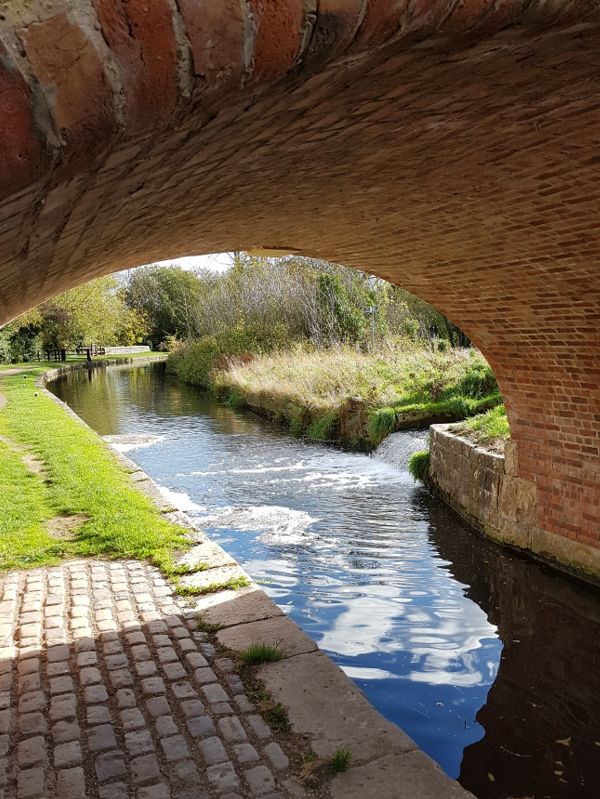 One of two old monastic stew ponds at The Hall, on the edge of Shireoaks. 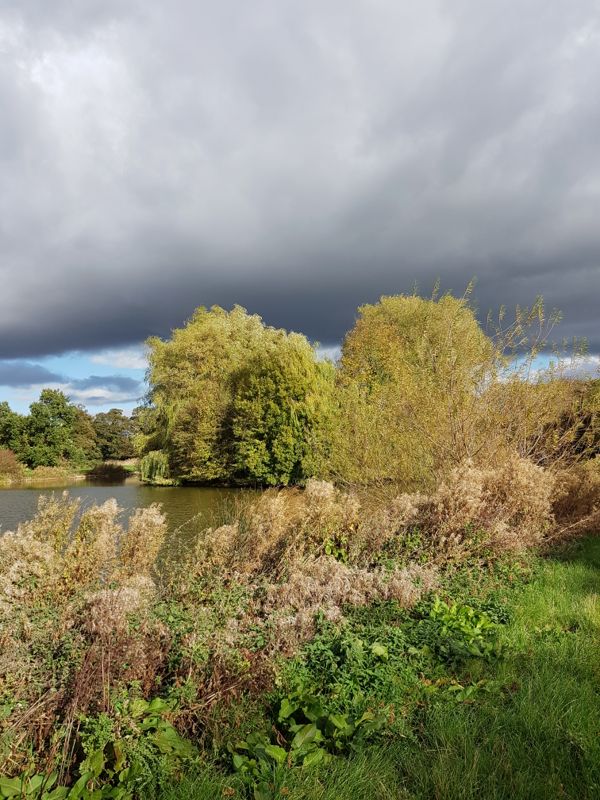 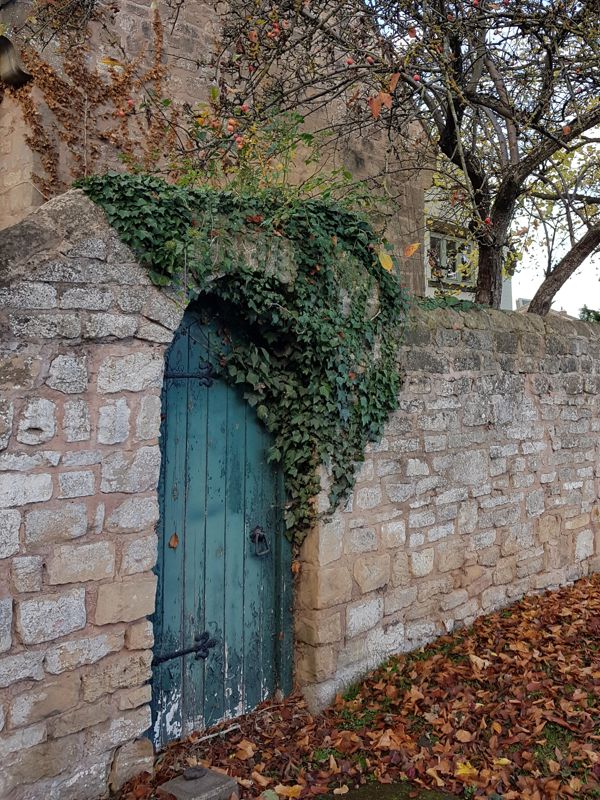 Back at the car (just off camera to right) we drove to Retford, parked at Morrisons and walked a little way along the River Idle where its willowed banks cut through the town’s handsome park, then picked up the canal again. 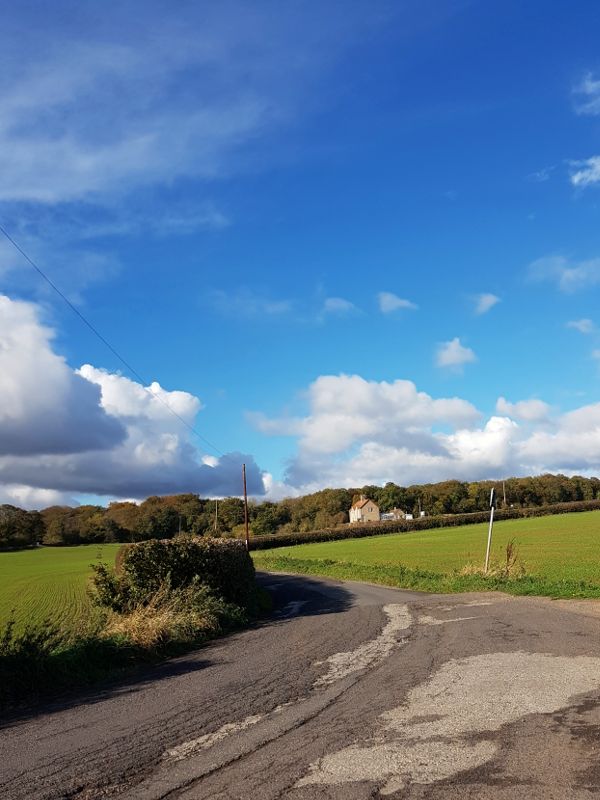 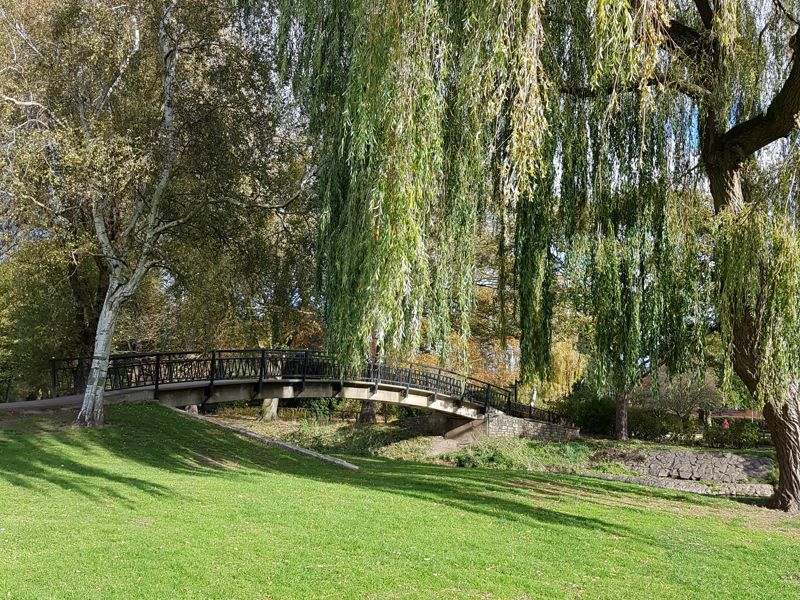 This stump, warmed by and facing the sun, gave ample room – almost too mush room – to park bums and eat sandwiches: sardines for Sue, gouda and tomato in crusty roll for me. Jaffa cakes for shared afters. Nice. 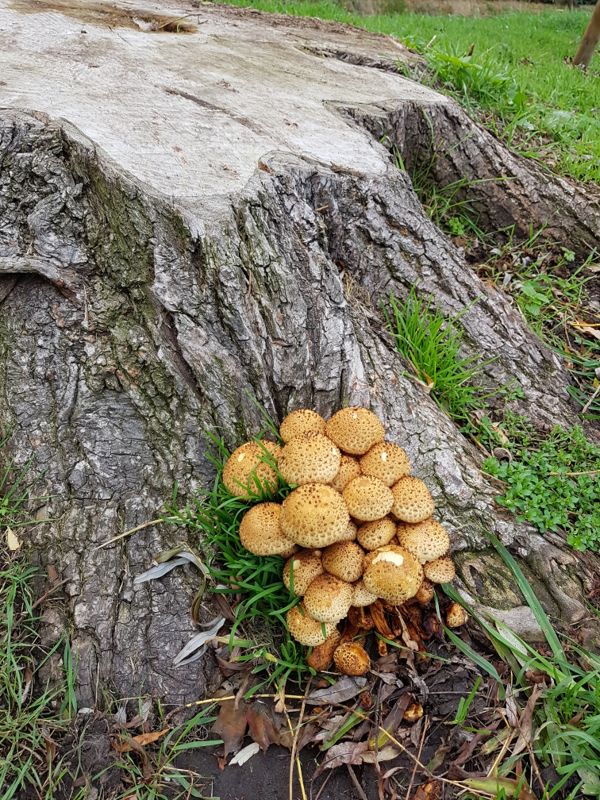 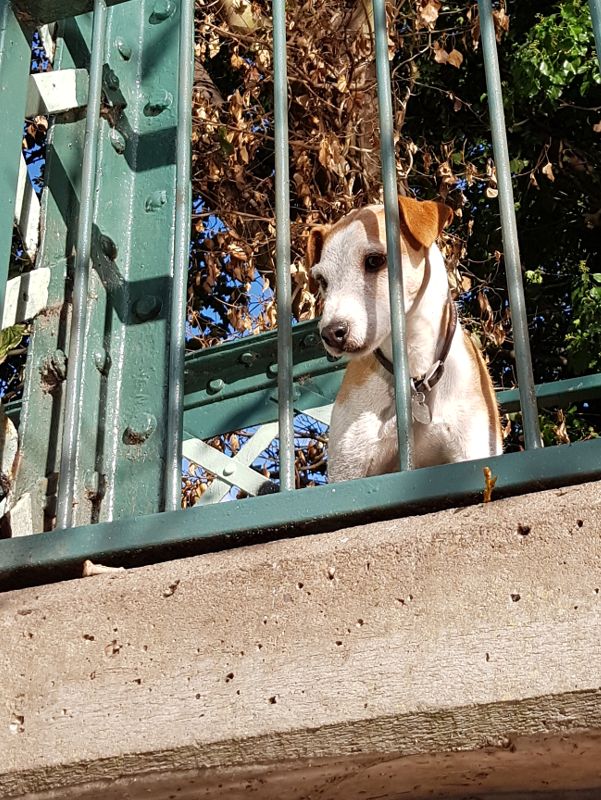 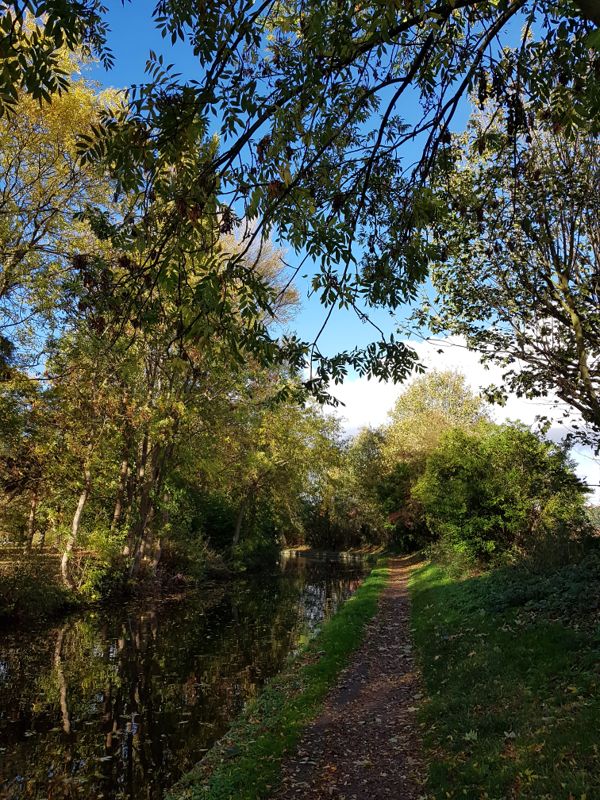 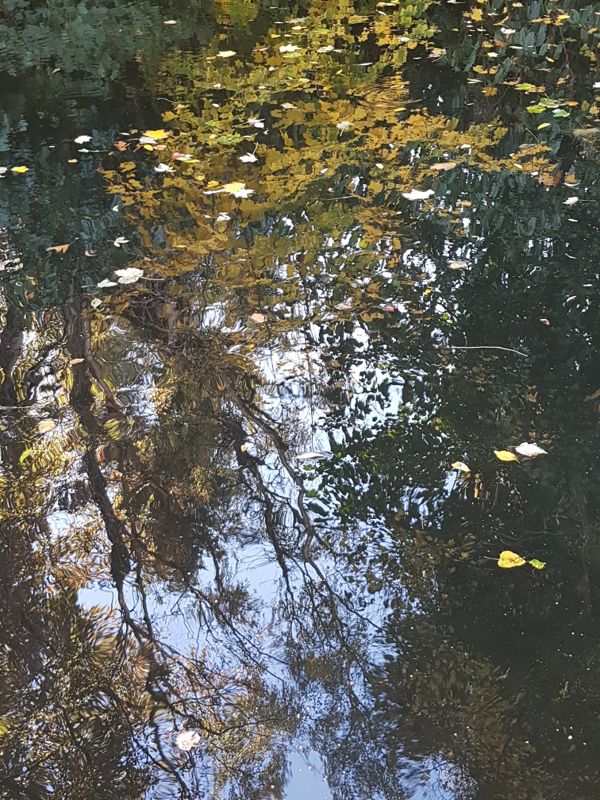 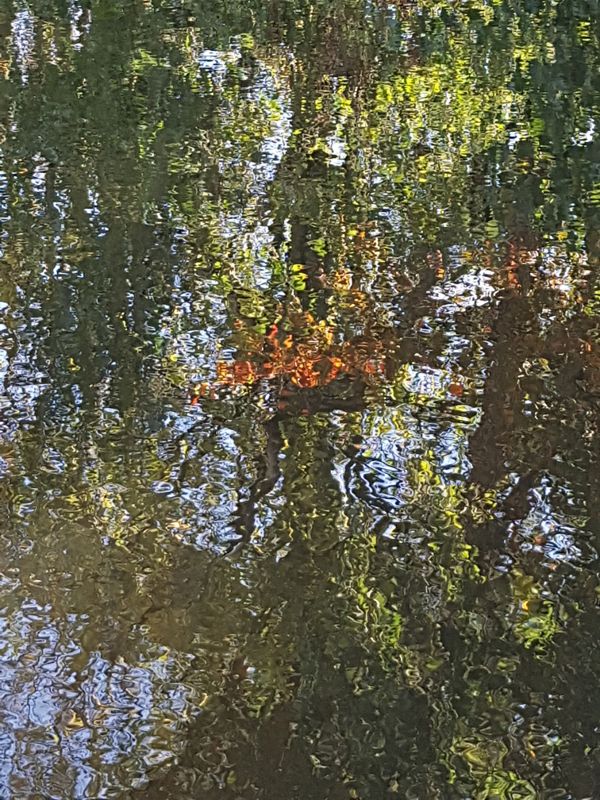 For fifteen yards an aqueduct takes the Chesterfield & Stockwith across the Idle at Retford. For this shot I stood with back to canal, looking down on the river. 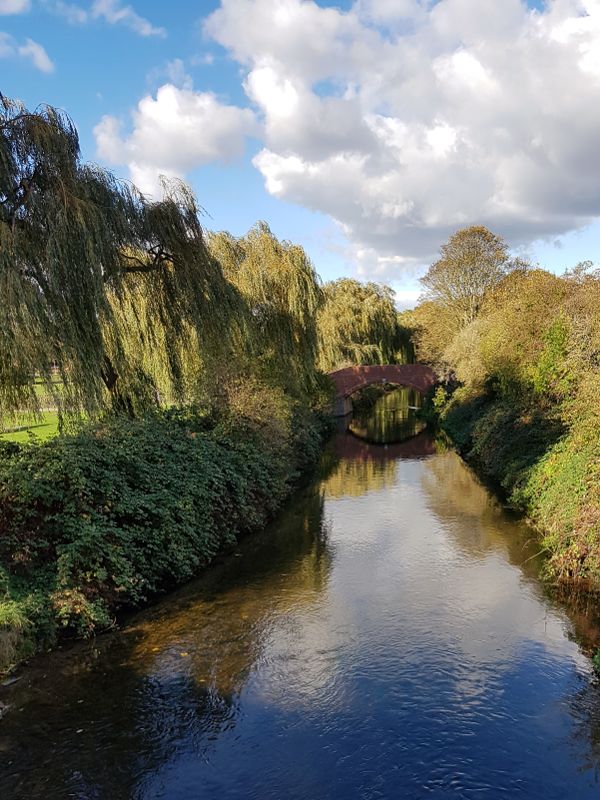 I mention this because back in May I’d had the idea of taking the train to Retford, putting in at Morrisons and kayaking down the Idle to the Trent. With the confluence not half a mile from where canal also meets Trent, and with the Idle too fast to kayak upstream, I’d return to Retford via the Chesterfield & Stockwith. Wild camping of course, and perhaps extending the trip by a day or so to end up at Worksop or Shireoaks.

In the event, the summer already blazing, I headed instead for Windermere, but that round (or lasso) trip by river and canal stays on my bucket list. 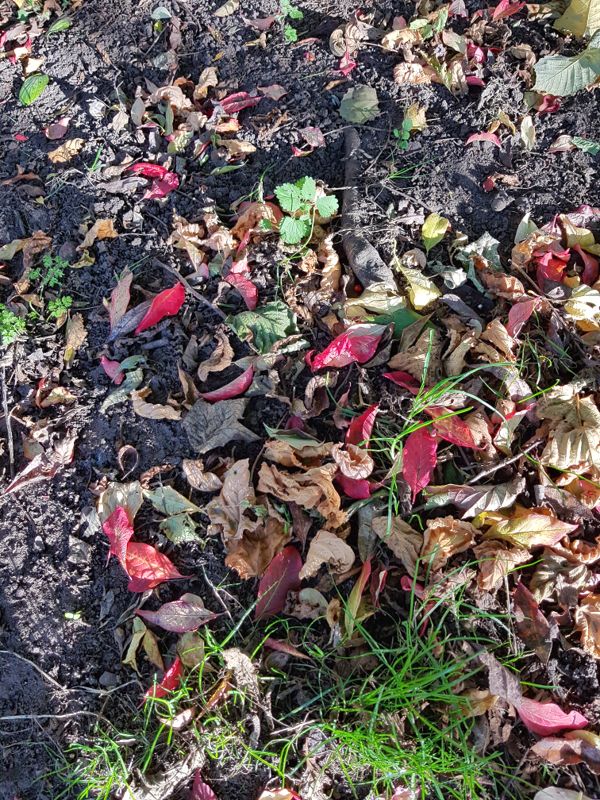 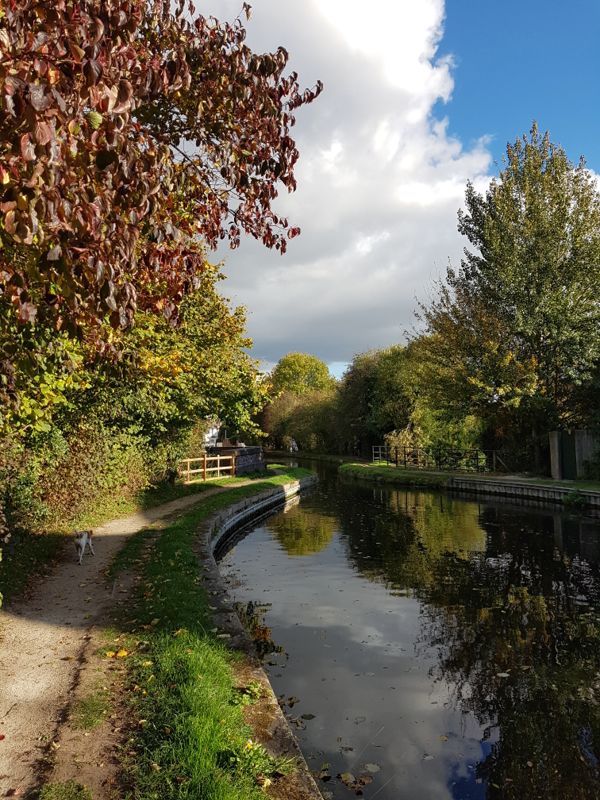 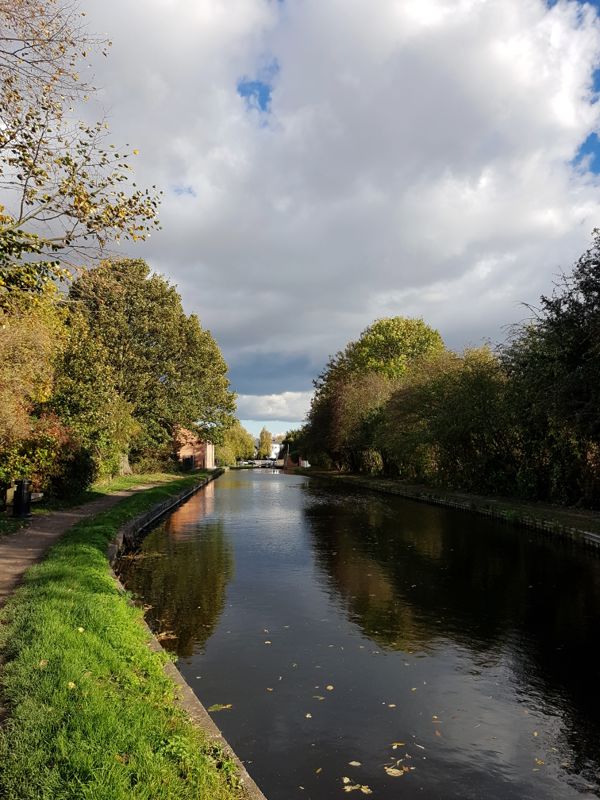 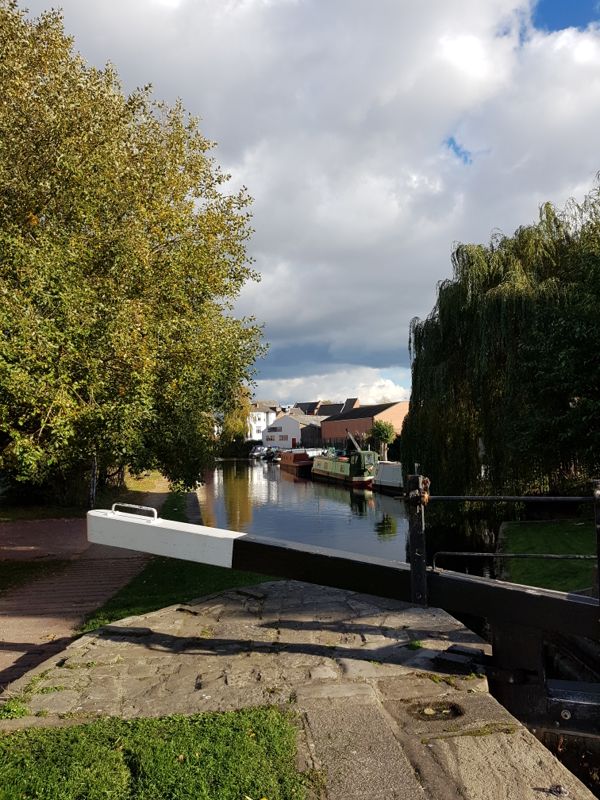 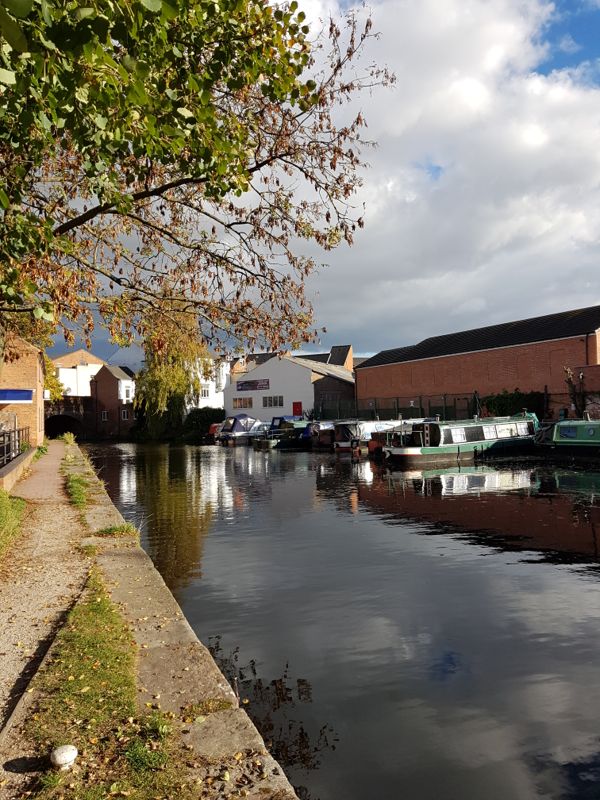 Then back to Morrisons for the drive home. Great day, great company. Thanks Sue.

7 Replies to “Shireoaks to Retford by canal”