It’s seldom discussed in polite circles but an unleashed dog can aid the avian photographer. A tyro trying to raise his game, I last night consulted one site’s top tips for freeze-framing birds in flight. Heading the list was learning to predict, as with sports and other photography genres whose subjects are fast moving, what they will do next. For instance a large bird about to take to the air usually craps to lighten its load. It doesn’t always get the chance though.

Walking the woofer along Beeston Canal today I saw, fifty metres ahead, two Canada geese on the flagstoned rim of the towpath. With no one in sight to mutter darkly, and undermine my self esteem with dirty looks, I let nature take its course. I’d ample time to get the camera settings I wanted: single shot auto-focus,1 manual mode, ISO 400 and – with depth of field a non issue – lens wide open at f2.8. Shutter speed still wasn’t high but that didn’t matter too much either. With the wind to my back, and large birds needing the added lift of taking off into it, I’d a good chance of snapping one or both geese coming straight at me, or at any rate at a shallow angle.

So when Jasper ran at them – and by the way he’d be the one in trouble should he corner them2 – I didn’t order him to stop, which he does if I yell hard and early enough, but carpus diemed it to get this near full on shot. 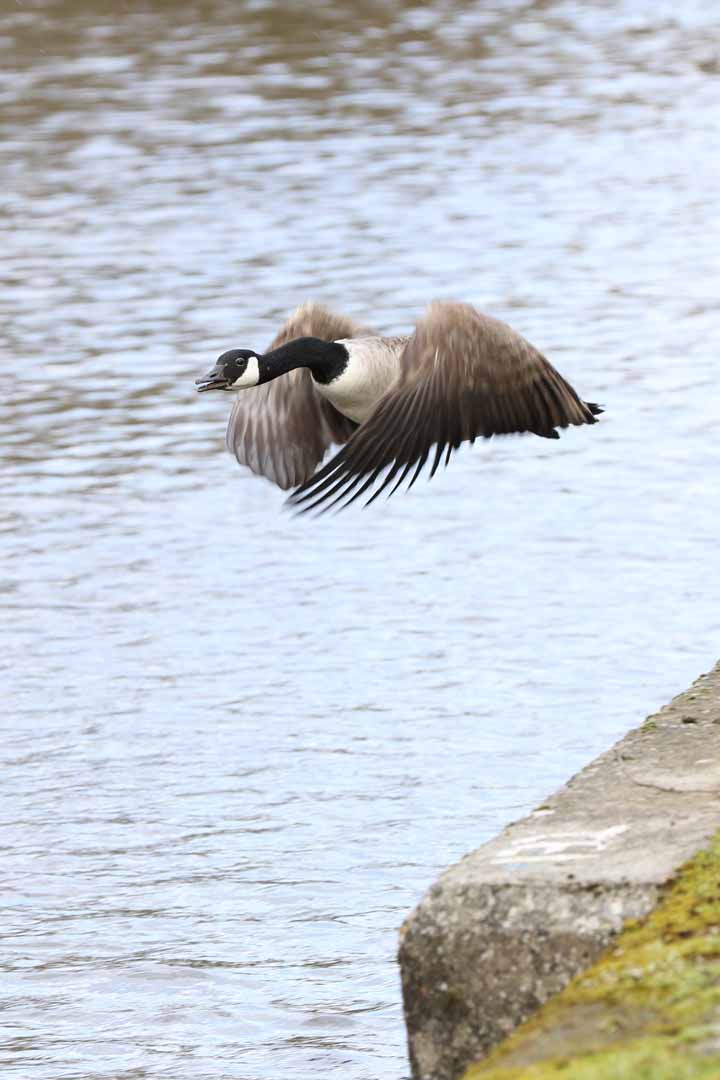 Again, in close up. 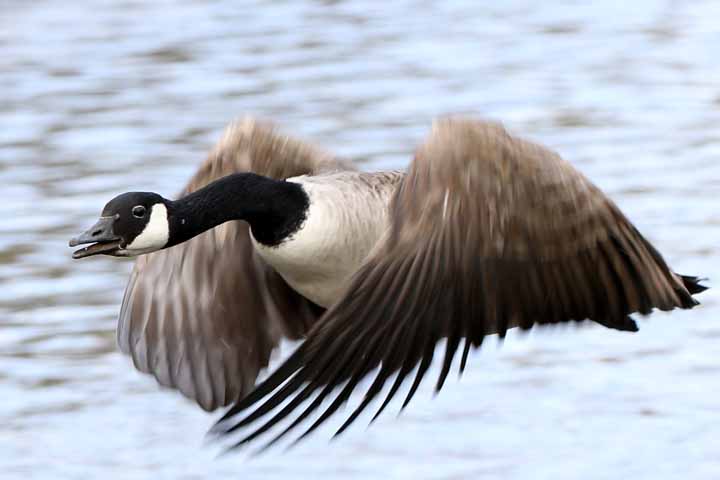 And here’s my photography assistant. 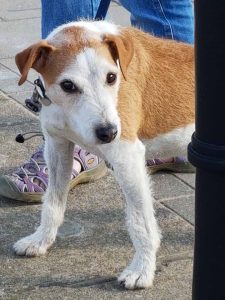 8 Replies to “The Dog and Goose”