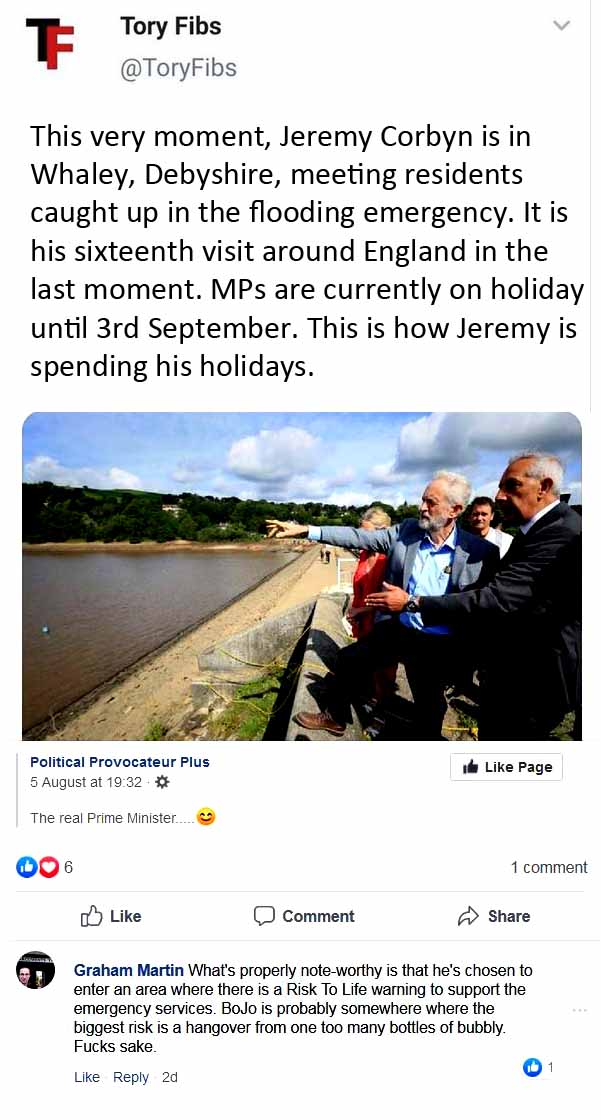 George Orwell, of whom I have a few criticisms and not all of them minor, could also be right on the nail. In an essay on Salvador Dali he noted a tendency, given that this brilliant painter was a walking horror show of reactionary values, to deny one side or other of the ‘paradox’. Those alarmed by his repulsive acts and deeds would dismiss him as an artist, while those struck by his extraordinary sense of colour, and astonishing facility for conjuring up the surreal, would turn a blind eye to the fact he had a nasty streak a mile wide.

Why not, asked Orwell, just accept that the man is a sublime artist and rubbish human being?

I’ve had the same in arguments with Churchill loathers – and, yes, there’s a great deal to loathe. One FB friendship nearly ended when I challenged someone to back up a claim that the man was a coward. She couldn’t, of course, because he wasn’t. On his reactionary intransigence and patrician contempt for the working class you couldn’t slide a cigarette paper between us. Ditto the racism, antisemitism included, of this colonial die hard. But because I wasn’t having this nonsense about cowardice, I had to work twice as hard to convince her that for the most part we were on the same page re Winston Hallowed-Be-His-Name Churchill.

Psychologists speak of cognitive dissonance and our need to have things neat and simple. Ken Livingstone came up against this big time with his accurate claim that Hitler, prior to arriving at a different ‘solution to the problem’ of ridding Europe of Jews, had backed the Zionist dream of a Jewish state. Of course, there were powerfully placed parties – an unholy alliance of Labour Right and Israel lobby – at work here. They were bent on taking down the most high profile ally of the first Labour leader in living memory to challenge ‘austerity’, and the first Labour leader, period, to promote justice for Palestine.

But these cynics also needed useful idiots, and it’s here that cognitive dissonance and old style stupidity kick in. For the featherheads – probably including Dame Margaret Hodge, described by Norman Finkelstein as “frankly, not very bright” – and muddleheads, Livingstone’s claim was tantamount to saying Zionists were Nazis.

Imagine the even greater furore had Ken simultaneously made the claim, also correct, of Hitler being a man of proven courage. This, and I love the Gutmann irony, is from wiki:

He was present at the First Battle of Ypres, the Battle of the Somme, the Battle of Arras, and the Battle of Passchendaele, and was wounded at the Somme. He was decorated for bravery, receiving the Iron Cross, Second Class, in 1914. On a recommendation by Lieutenant Hugo Gutmann, Hitler’s Jewish superior, he received the Iron Cross, First Class on 4 August 1918, a decoration rarely awarded to one of Hitler’s Gefreiter [corporal] rank

Thinking, as Henry Ford shrewdly observed – this is my fifth compliment to a man with a dark side or three – is hard work. That’s why people don’t like doing it.

With this in mind, look again at the image I began with. It is a truth universally acknowledged that Boris Johnson is a liar, racist, snob, buffoon and Twat of the First Order. But is he a coward, as Graham Martin implies? I don’t know. Do you?

Does he? I doubt it. And when we make these kind of juvenile arguments we not only miss the point but derail it. When push comes to shove it matters not whether Hitler, Churchill and BoJo were/are courageous or cowardly. They stood and stand for reaction against social justice and that’s what matters.