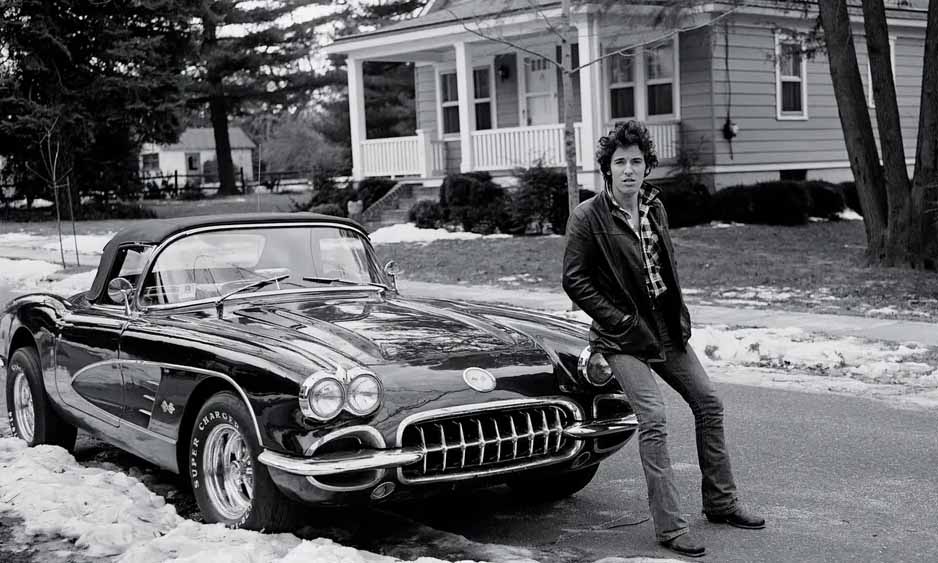 Bottom line: feel-good movie with a dash of musical, transcending its gritty context of racist, recessionist Britain under Margaret Thatcher. Bruce Springsteen is to Blinded by the Light what David was to Bend it like Beckham, Cantona to Looking for Eric and Bogart to Play it again Sam. A quiet gem, joyful tear jerker and guaranteed to have you leave the cinema in a better frame of mind than when you entered. God knows, we could all use some of that.

Working the day shift at Sheffield Hallam University led to my path crossing that of a chap by the name of Tom, careers officer by trade. Tom has the distinction among many other splendid qualities of having seen The Boss no fewer than twenty-seven times. An admirer myself, we last spoke on the subject a good eight years ago so I’ve a ten bob note says the count’s risen since.

Sorry Tom, but journalist Sarfraz Manzoor knocks your innings into a cocked hat. At last count he’d seen Bruce one hundred and fifty times. I guess that figure’s rising too. There’s something about this beautiful man and legendary performer that gets under your skin if you let it.

Blinded by the Light is based on the story of Sarfraz, who co-wrote the script. The hero is now Javed, timid and modestly scribbling teenage son of hard working first generation immigrants from Pakistan. The plot is driven by a configuration of several factors, one being an easy on the eye English Lit teacher, hip to the raw talent and authenticity in Javed’s poems and essays.

A cliché, you say? It is, and not the only one, but all are easily forgiven.

Factors two and three are racist eighties Britain: with National Front on Luton’s streets and dad laid off at the Vauxhall plant as unemployment hits the three million mark. Factors four and five are the central feelgoods: the feisty, upper middle class rebel and fellow Lit student who falls for Javed to provide the mandatory love angle, and the Sikh pal who turns him on to The Boss, with Damascene consequences.

Unashamedly romantic, it works the terrain beautifully. Here you’ll spot a touch of East Meets West, there, in the pursuit of a forbidden passion, Bend it Like Beckham. Add in a scene or two reminiscent, in their magical transcendence over ugly moments, of Pennies From Heaven or Lipstick on Your Collar and you might even catch a glimpse – though the overall mood is very different – of the late great Dennis Potter.

Did I mention its being clichéd? It is, but a kinder way of framing that is as the arrangement of set piece moves to achieve a given and in my view worthy end. It is never dishonest as it mines a seam, intergenerational war of the worldviews within British Asian family, far from exhausted. Maybe I’m getting soft in my old age but when you throw in its life affirmational message, and those cracking tunes from Born to Run, The River and Born in the USA, what’s not to like?

2 Replies to “Film review: Blinded by the Light”