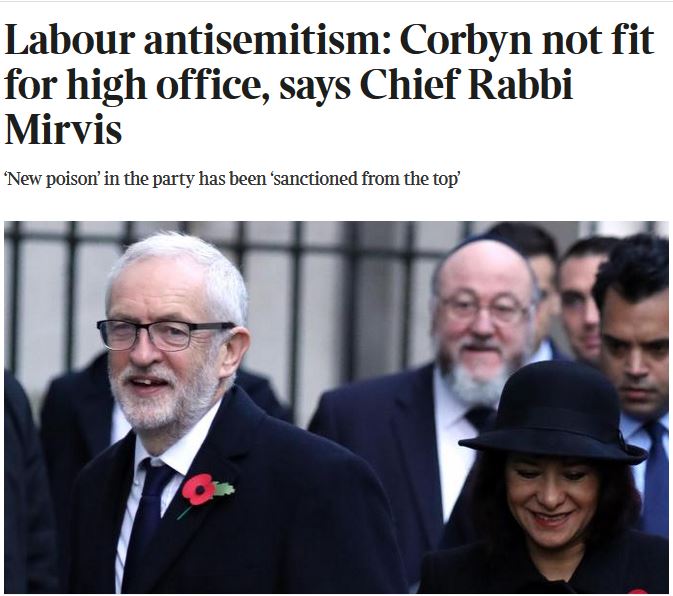 Today BBC World at One featured responses to the Chief Rabbi’s extraordinary attack.

Zero evidence offered. Silence on the relative extent of antisemitic views within the two main parties, and vis a vis the UK at large. Failure to define antisemitism – indeed the sole example offered today was of a Labour member who’d accused Israel of orchestrating the “antisemite” attacks.

Not an unreasonable charge, many would say. These include Jewish supporters of Corbyn, though none of them were heard today. And they include me, but I wasn’t invited either.

Back to Chief Rabbi Mirvis, who responded to the election as Tory leader of a known racist and homophobe – and of course, proven liar – with this tweet: 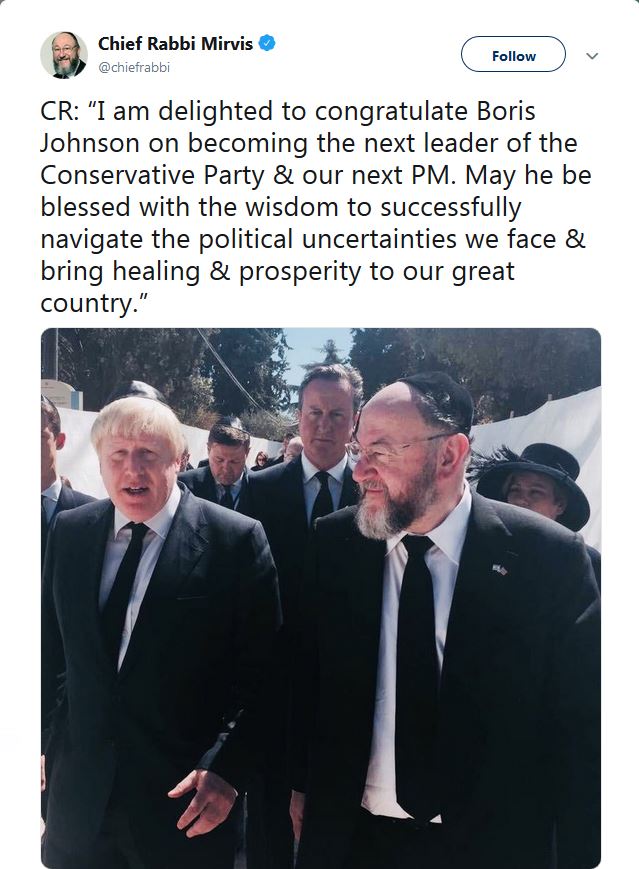 Couldn’t make it up, could you?