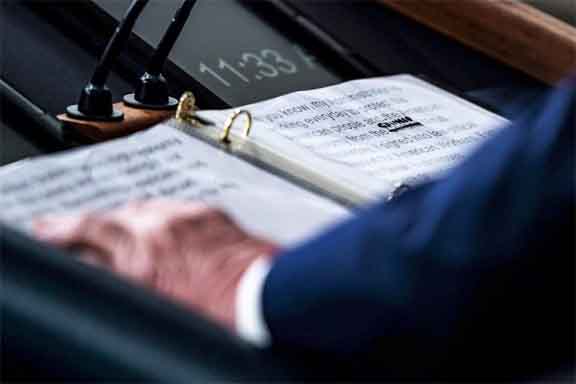 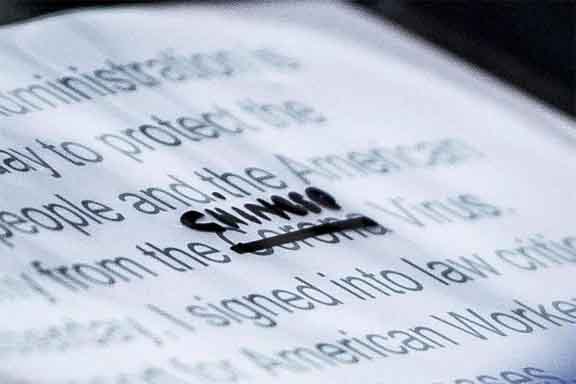 The science has changed? No! After precious months of denialist inaction, the government has “at last understood what had really taken place in China”.

Why should we care what Richard Horton thinks? He is not only a practising doctor but editor of one of the world’s most prestigious medical journals is why. Four days ago in the Guardian, he had this to say of the Johnson regime’s response to the covid-19 threat.

On 24 January, Chinese doctors and scientists described a new disease caused by a novel coronavirus. A strange series of pneumonia cases had presented in Wuhan, a city of 11 million people and capital of Hubei province. At that time, 800 cases of the new disease had been confirmed. The virus had already been exported to Thailand, Japan and South Korea.

Most of the 41 described in this first report, published in the Lancet, had non-specific symptoms of fever and cough. More than half had difficulties in breathing. But most worrying, a third had to be admitted to intensive care. Most developed a critical complication  – acute respiratory distress syndrome. Half died.

The Chinese scientists pulled no punches. “The number of deaths is rising quickly,” they wrote. Protective equipment for health workers was strongly recommended. Testing for the virus should be done immediately a diagnosis was suspected. They concluded that the mortality rate was high. And they urged careful surveillance of this new virus in view of its “pandemic potential”.

That was in January. Why did it take the UK government eight weeks to recognise the seriousness of what we now call Covid-19?

In 2003, Chinese officials were heavily criticised for keeping the dangers of a new viral disease, severe acute respiratory syndrome (Sars), secret. By 2020, a new generation of Chinese scientists had learned their lesson. Under immense pressure, as the epidemic exploded around them, they took time to write up their findings in a foreign language and seek publication in a medical journal thousands of miles away. Their rapid and rigorous work was an urgent warning to the world. We owe those scientists enormous thanks.

But medical and scientific advisers to the UK government ignored their warnings. For unknown reasons they waited. And watched.

The scientists advising ministers seemed to believe this new virus could be treated like influenza. Graham Medley, one of the government’s expert scientific advisers, was disarmingly explicit. In an interview on Newsnight last week, he explained the UK’s approach: to allow a controlled epidemic of large numbers of people, which would generate “herd immunity”. Our scientists recommended “a situation where the majority of the population are immune to the infection. And the only way to get that, in the absence of a vaccine, is for most of the population to become infected.”

Medley suggested “a nice big epidemic” among the less vulnerable. “What we are going to try and do is manage this acquisition of herd immunity and minimise the exposure of people who are vulnerable.” Patrick Vallance, the government’s chief scientific adviser, suggested the target was to infect 60% of the UK’s population.

After weeks of inaction, the government announced a sudden U-turn on Monday, declaring that new modelling by scientists at Imperial College had convinced them to change their initial plans. Many journalists, led by the BBC, reported that “the science had changed” and so the government had responded accordingly. But this  is wrong. The science has been the same since January. What changed is that government advisers at last understood what had really taken place in China.
(Emphasis added at various points.)

Is covid-19 bogus, or massively exaggerated? I don’t think so. As I put it yesterday – “I deem the threat real and potentially terrible”.

How do I know? I don’t. Hence ‘deem’ rather than ‘know’. This past few days I’ve had exchanges with three people I respect, and on other matters see eye to eye with, who beg to differ. In two cases the exchanges have been respectful, in one slightly less so.

Can’t say the same for some on social media, who strike me as too sure of themselves in saying the whole thing is a giant scam. The reasons most commonly given are: to make severe inroads on hard won freedoms, to tilt the balance of class forces in capital’s favour, to shift blame for a financial crisis coming regardless and – this from a FB post – mount “an orchestrated terrorism campaign to shut down the economy, for the interests of the biggest bankers”.

In a post back in October, on the Kurds in Syria, I wrote of our existential “inability to bear not knowing”. And who’d dispute that here we have a cornucopia of uncertainty, in which questions of covid-19’s actual danger are but one strand. To those demanding hard evidence of the virus’s actuality and threat level, I have no answer.

One, do not put words in my mouth. Do not take my calling some sceptics ‘left libertarian’ as a put down. It isn’t. I don’t describe myself that way, but ‘left libertarianism’ is a respected stance with a long and illustrious pedigree. Its adherents are not to be blanket-dismissed as “wackos”, and certainly not by me. I say what I mean and mean what I say.

But let’s set that aside as a small and personal thing – my bristling, for the second time in ten days, at people whose response to my words is to “put two and two together to get a lot more than four”. I ought really, given the stakes here, to let go of such petty gripes.

Cue for my second answer. I lack the requested hard evidence of covid-19’s actual as opposed to putative threat, but can at least set out my thinking:

I repeat. I may be wrong. In which case, when that becomes clear, I’ll come right out and say so. At the level of ego I’ll hate doing it. But my love of life, of two beautiful daughters I – with a little help from their mother – brought into this world and my sheer delirium at such joyous reprieve will see me ecstatically, flat out and over the moon Glad to be Wrong.

I’m just not counting on that outcome is all. Are you?