For weeks my political focus has narrowed almost exclusively to Covid-19. It’s not that I haven’t noted other things. Increased Washington bellicosity over China, Iran and Venezuela has been hard to ignore, likewise the revelations of just how far the Labour Right went in their efforts to remove Corbyn. I’ll write on these things soon. Meanwhile Reads 2 and 3 of my April selection concern aspects of the pandemic, Read 1 a boy on a motorbike in the wrong place at the wrong time. 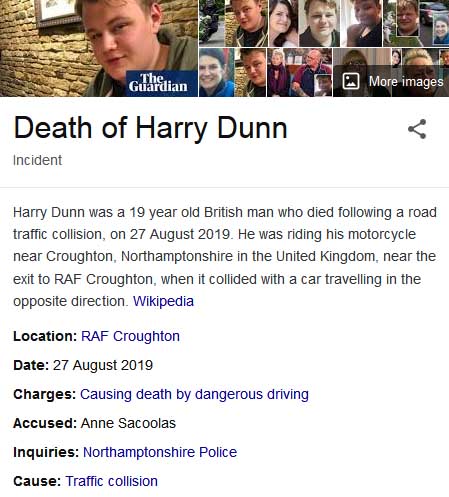 It’s a sign of our polarised times that so many former establishment figures are gamekeepers turned poacher.1 One such is Craig Murray, Blair’s man in Uzbekistan until he blew the whistle on its leader, Islam Karimov. Dashed inconvenient of Murray to reveal – with Karimov allowing Coalition forces to use the former Soviet Republic’s airbases for strikes on Iraq – that the man not only treated the nation’s finances as his personal piggy bank, but boiled dissidents alive.

Followers of the Assange case will know Murray works indefatiguably to publicise the serial abuses of British Justice to which this brave man has been subject, pending extradition to the USA, where he faces 175 years in jail for the crime of telling us the truth about the rather more substantial, and substantially detailed, crimes of our leaders.

Here his forensic attention to detail – ‘Journalism is tough work if you do it properly, which is presumably why the media no longer even pretend to do it.’ – is brought to bear on the starkly contrasting failure of the UK to extradite Anne Sacoolas, who mowed down young Harry Dunn as she drove on the wrong side of the road.

The lies we are being told have little to do with protecting Sacoolas. (Even Dunn’s family allow that hers was a tragic but understandable error, and the real crime her flight.) Still less are they to do with diplomatic immunity. Had her husband actually been a diplomat, it is likely that any diplomatic immunity would have been waived for a prima facie case this serious.

it is hard to understand why diplomatic immunity has been insisted on … the only explanation I can think of is that it was hoped … to avoid all scrutiny of Jonathon Sacoolas’ real job, which is to spy on British citizens’ communications for GCHQ …

NB though a relatively short piece at 1650 words, I endorse Murray’s advice that an earlier 3500 worder, linked early on, be read first to make full sense of the lies surrounding this case.

One of the principal concerns of Undersecretary of Defense Lord, as she spelled out plans for the multibillion-dollar bailout of the arms industry, was the disruption of supply chains, particularly those originating in the maquiladora sweatshops just across the US border in Mexico. She also mentioned problems in India.

Thousands of Mexican workers have struck … against the deadly conditions inside these plants … as back-to-work orders are shoved through. At a plant in Ciudad Juárez owned by Michigan-based Lear Corporation, 16 workers have died from COIVD-19, while area hospitals are overflowing with victims of the virus.

The Pentagon and US Ambassador to Mexico Christopher Landau [are] demanding that the maquiladora workers be forced back into the plants as “essential” to US imperialism’s war machine … Lockheed relies on low-paid Mexican workers … to produce electrical wiring for Black Hawk and S-92 helicopters, and F-16 jets, while Boeing gets parts from a plant  in Monterrey. General Electric, Honeywell and other military contractors also profit off the labor of Mexican workers across the border.

As it has with many other aspects of advanced capitalism, the pandemic exposes the internal contradictions of the profit imperative. For the world’s foremost imperial power, armed might is an essential means of underwriting the extraction of super profits via exports of capital to the global south, where cheap labour and ‘business friendly’ regimes allow repatriation of profits over and above those achievable in the West.

But that armed might is itself a profit centre. As I said a year ago in a footnote to Profit and the Arms Economy:

There are those in arms geek circles who say Russia makes better weapons – SAMS, tanks and small arms in particular – because their primary purpose is to deter and if necessary kill, whereas the primary purpose of armaments in the USA is, one way or another, to make profits.

This piece touches on another aspect: outsourcing to the imperialised south of production not just of shirts for Primark and M & S, or smartphones for Apple, but even of the military means of enforcing that exploitation should push come to shove in the shape of a non compliant leader, or challenge from Eurasia.

A short but fascinating read.

I have in fact linked to this piece in another post but make no apology for doing so again here. I’ve read scores, perhaps hundreds, of pieces on Covid-19 but if forced to pick out just one, it would be this from Planet of Slums author, Mike Davis. It gives the biggest perspective, while being grounded in a thorough understanding both of imperialism – though he never once uses the term, preferring the ‘super-capitalism’ of the title – and relevant science.

Viruses hijack the genetic machinery of invaded cells to make copies of themselves. Viruses based on DNA have a built-in proof-reading mechanism to ensure accurate replication, but RNA viruses don’t. Influenza A, with 4 genes (corona has 8), is so error prone in reproduction it probably hovers on the edge of extinction, pushing rate of mutation to the limit, a million times faster than DNA-based viruses or cells. Spitting out so many different and inaccurate versions of one’s genome has a huge advantage in resisting the human immune system. This is why influenza A changes annually and continues to sicken humans despite many previous infections.

Mutations usually occur in the ‘heads’ of the two to three proteins on the virus’s surface that allow it to “dock” on a human cell and then enter. Those are the sites that annual vaccines target. But the “stalks” of these proteins are stable and don’t mutate. Virtually all researchers agree that the tools exist to fashion a broadband vaccine that incapacitates the invariant stalks thus conferring general immunity against all strains that might last for years. The research is out there, but Big Pharma won’t develop or manufacture such a vaccine because it is not profitable. (If given a radical design for a car that lasts for a lifetime, would GM manufacture it?)

One Reply to “My April reads”