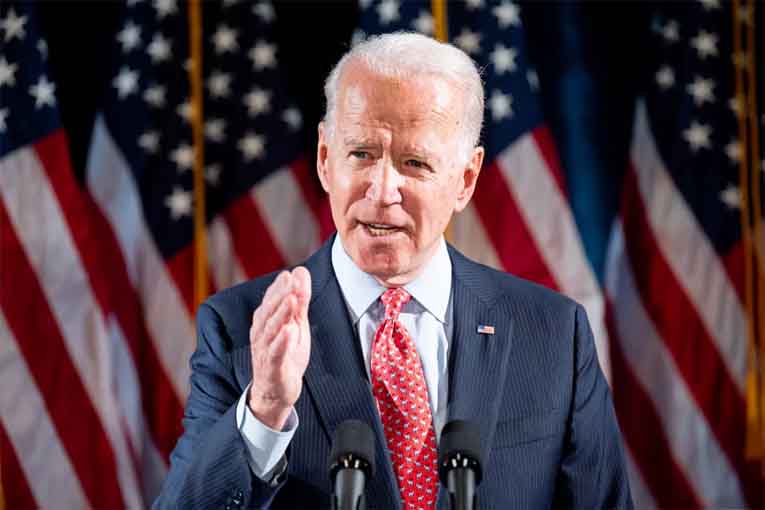 On November 6, while the Guardian titillated a doubtless boosted readership with the prospect of the current White House incumbent barricading himself in (“spoiler alert”, Caitlin advised, “he won’t”) Anti War.com was more usefully offering profiles of the three frontrunners for the most overtly military posts of Team Biden. Here they are.

Susan Rice for Secretary of State 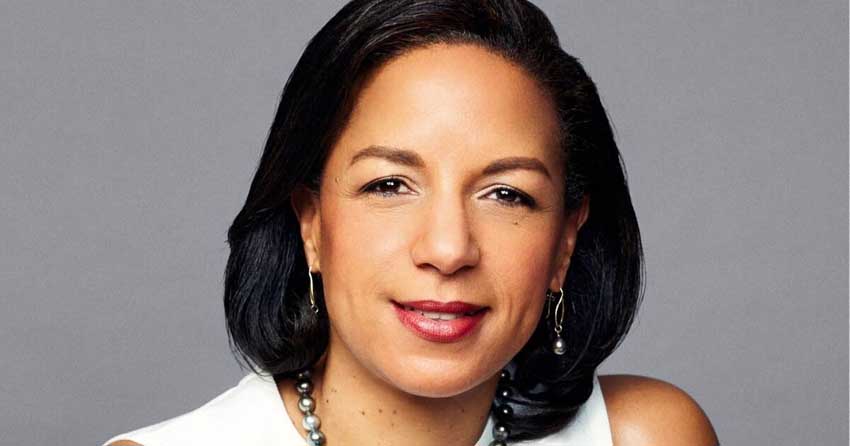 Rice did more than anyone to feed us lies about Benghazi: lies that paved the way for the ruin of Africa’s richest country, its welfare infrastructure the envy of the world – or those parts of it not brainwashed into selective abhorrence at tyrannies real or fabricated.

Lies which saw Libya’s remoulding as the world’s foremost, warlord-feuding exporter of terror.

Here’s a PJ News appraisal of how Rice – aware of the embarrassment potential of a Libya role certain to come under renewed scrutiny now – seeks to deflect the blame. This August, under the header, Susan Rice Gives Pathetic Excuse for Her 2012 Benghazi Disinformation Tour, it offers this extract from an interview, also in August, with the Atlantic:

Atlantic: The Sunday-show appearances around the Benghazi attack have become so much of your public identity. Your mother actually warned you not to do it, and thought Hillary Clinton should have instead. In the end, that became an issue getting in your way to be Obama’s secretary of state, and continues to be an issue Republicans attack you over now.

Rice: She said, “Why you?” And I said, “The White House asked me to do it.” And she’s like, “Well, where’s Hillary?” And I said that she’d been asked, but declined. And I presumed—I hadn’t had this conversation with her—that she had had an extraordinarily draining week, having lost four Americans in an American overseas facility, and all the pain and trauma that that entails for the people of the State Department, for the families, for everybody. But I agreed, as a team player. And her instinct was, “I smell a rat. You shouldn’t do it.” And I said, “Mom, don’t be ridiculous. I’ve done this many times before.” She was absolutely right.

This of course speaks volumes about Hillary but she’s not the focus here. PJ News writer Matt Margolis goes on to drive the point home:

You got that? Susan Rice is trying to deflect responsibility for lying to the American people multiple times after the 2012 Benghazi attacks by saying she didn’t want to do it in the first place, and only agreed to because she was being a team player. She was being set up to take the fall!

Well, you shrug, with friends like Hillary Rodham Clinton you don’t need enemies. But there’s also the small matter of Rice’s services as cheerleader for the profit-driven destruction of Iraq. Here she’s cited in NPR (National Public Radio), Feb 6, 2003:

I think he [then Secretary of State Colin Powell] has proved that Iraq has these weapons and is hiding them, and I don’t think many informed people doubted that. 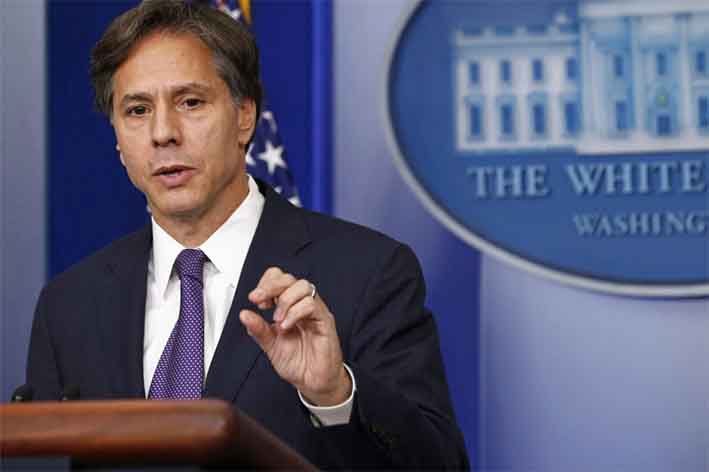 Blinken had immense influence over Biden as Deputy National Security Advisor, helping formulate Biden’s approach and support for the wars in Iraq and Afghanistan … The two were responsible for delivering on Obama’s campaign promise to get US troops out of Iraq, a process so poorly handled it led to even more chaos than the initial occupation and insurgency.

Blinken is of the view that it is up to the US, and only the US, to take charge of world affairs. “The world doesn’t organize itself. And until this [Trump] administration, the US played a lead role … helping to write the rules, to shape the norms and animate the institutions that govern relations among nations. When we’re not engaged, when we don’t lead, then one or two things is likely to happen. Either some other country tries to take our place – but probably not in a way that advances our interests or values – or no one does. And then you get chaos or a vacuum filled by bad things before it’s filled by good things. Either way, that’s bad for us.”

Call me naive but I’m prepared to believe this guff – or rather, to believe that Blinken believes it. My experience tells me that those who truly, fully and consciously delight in doing evil exist only in comic books. To come as far as Blinken has, yet still look the kids in the eye and get your eight hours a night, you must learn to view the US Empire’s trail of chaos, death and suffering as the price of world leadership. Even when – see below – that trail brings you private gain.

In short, you have to learn to be selectively insane.

For instance by convincing yourself – no great feat, all things considered – that Donald Trump has abdicated said leadership, crossing moral lines hitherto sacrosanct; as opposed to crossing them so noisily as to draw attention to a myriad slightly less obvious crossings by the ethical contortionists who came before, and those who’ll surely – unless enough of us start to wake up – follow.

Blinken also appears to be steering Biden’s pro-Israel agenda, recently stating that Biden “would not tie military assistance to Israel to any political decisions that it makes, period, full stop,” which includes an all out rejection of BDS against Israel’s occupation of Palestine.

Michele Flournoy for Secretary of Defense 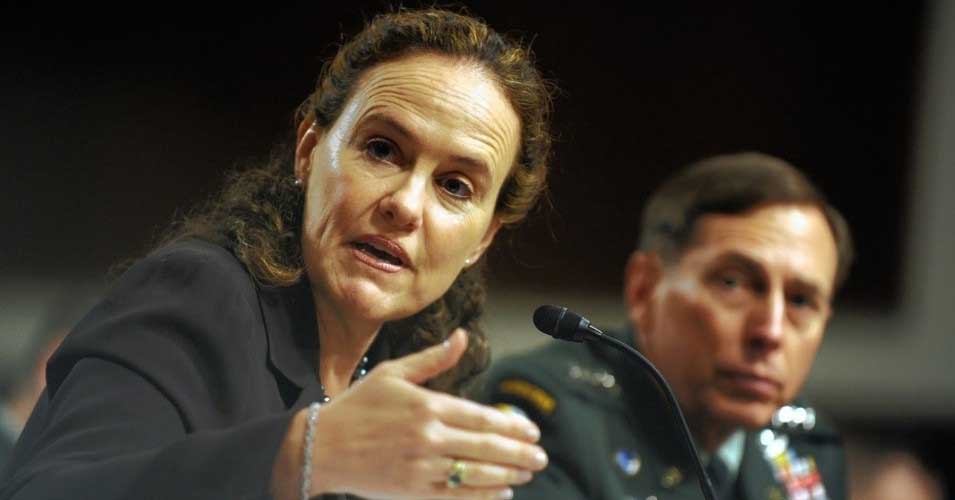 Flournoy, in writing the Quadrennial Defense Review as Assistant Secretary of Defense for Strategy under President Clinton, has paved the way for the U.S.’s endless and costly wars which prevent us from investing in life saving and necessary programs like Medicare for All and the Green New Deal. It has effectively granted the US permission to no longer be bound by the UN Charter’s prohibition against the threat or use of military force. It declared that, “when the interests at stake are vital, …we should do whatever it takes to defend them, including, when necessary, the unilateral use of military power.”

While at the Center for Strategic and International Studies (CSIS), a “Top Defense and National Security Think Tank” based in Washington D.C., in June 2002, as the Bush administration was threatening aggression towards Iraq, she declared, that the United States would “need to strike preemptively before a crisis erupts to destroy an adversary’s weapons stockpile” before it “could erect defenses to protect those weapons, or simply disperse them.” She continued along this path even in 2009, after the Bush administration, in a speech for the CSIS : “The second key challenge I want to highlight is the proliferation – continued proliferation of nuclear weapons and other weapons of mass destruction, as these also pose increasing threats to our security. We have to respond to states such as Iran, North Korea, who are seeking to develop nuclear weapons technologies, and in a globalized world there is also an increased risk that non-state actors will find ways to obtain these materials or weapons.”

It would be remiss of me to neglect how America’s military-industrial complex (Eisenhower’s term, not mine) is not only a means of enforcing its will in far off places posing no conceivable threat to its citizens. Aided by a revolving door culture gross even by Britain’s low standards, it is also the single largest means of syphoning the wealth of America’s many into the pockets of America’s few.

… note that Flournoy and Blinken co-founded the strategic consulting firm, WestExec Advisors, where the two use their large database of governmental, military, venture capitalists and corporate leader contacts to help companies win big Pentagon contracts. One such client being Jigsaw, a technology incubator created by Google thatdescribes itself as “a unit within Google that forecasts and confronts emerging threats, creating future-defining research and technology to keep our world safer.” Their partnership on the AI initiative, Project Maven, led to a rebellion by Google workers who opposed their technology being used by military and police operations.

Furthermore, Flournoy and Blinken, in their jobs at West Exec Advisors, co-chaired the biannual meeting of the liberal organization Foreign Policy for America. Over 50 representatives of national-security groups were in attendance. Most attendees supported “ask(ing) Congress to halt U.S. military involvement in the (Yemen) conflict.” Flournoy did not. She said that the weapons should be sold under certain conditions and that Saudi Arabia needed these advanced patriot missiles to defend itself.

So there we have it. The three likeliest contenders for the job of maintaining world peace. But, hey, why the long face? Don’t you know the tangerine tweeter will soon be no more? The king is dead – long live the king!