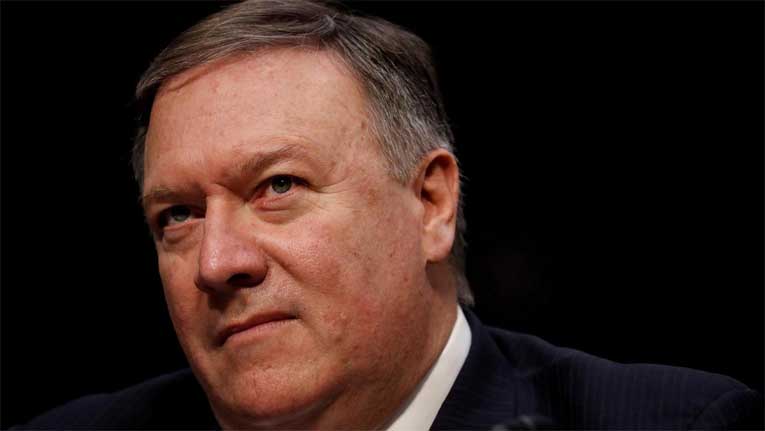 I’ve referred a good few times to this former Sunday School teacher and CIA Director. See for instance my post on America’s Christian Right, where I deem his likely challenge in 2024 and 2028 a far greater threat than any posed by the Capitol antics of his current nominal boss.

But I’ve never given prime focus to Mike “We Lied, We Cheated, We Stole” Pompeo. Caitlin’s post today does that, though her real targets are media proprietors, editors and empty-headed (at best) journalists – and the corporations which as advertisers buy their audiences. That is to say, the corporations which buy you and me.

The trivialist focus on the idiot Trump has left this more dangerous man untouched.

Too many good people labour under the delusion that America, its real rulers on any number of metrics the most recklessly violent on the planet, is flawed, yes, but fundamentally good. Why? Because it’s a democracy!

Really? In what kind of democracy does it cost $2-3 billion to run for president? When Pompeo runs, and he will, to whom do you suppose he’ll turn for such sums? What do you suppose they will want in return? 1

Why do you suppose I keep calling them the ruling class?

My eclectic news feed looks odd as the hours count down to the end of the Trump administration. Westerners are largely celebrating the exit of Donald Trump himself, whereas with those I follow from areas targeted by US imperialism, the man they’re happiest to see the back of is Mike Pompeo.

It looks very bizarre, as this part of our weird collective adventure comes to an end, how Pompeo’s tenure first as CIA Director and then Secretary of State were almost entirely unmarred by criticism from the political/media class. This is after all a man whose word and deed have been easily more depraved than Trump’s during this profoundly corrupt administration, yet both rank-and-file Democrats and rank-and-file Republicans have been kept only dimly aware of his existence amidst the nonstop scandalous shrieking about the president and his other goons.

This man has spearheaded all of this administration’s most depraved initiatives, like its latest Yemen sanctions which the UN World Food Programme executive director says is “a death sentence to hundreds of thousands, if not millions of innocent people”, its Venezuela regime change ops which have starved tens of thousands of civilians to death, its murderous brinkmanship with Iran, and its world-threatening escalations against Russia and China. Who boasted about lying, cheating and stealing in the CIA. Who said the US would intervene to prevent Jeremy Corbyn from becoming Prime Minister in the UK. Who admitted the US is slamming Iranians with starvation sanctions to force them to rise up against their government. Who designated WikiLeaks a “non-state hostile intelligence service” as Julian Assange’s imprisonment was orchestrated.

This person is disgusting. You could hardly find a worse specimen of human life than Mike Pompeo. Yet amid all the mainstream news media’s relentless histrionics about the Trump administration, criticism of Trump’s own Secretary of State has remained a rare sight there, and shrill vitriol like that to which we’ve become accustomed with the rest of Trump’s inner circle has never existed. After all this time and after all his depraved acts, he is walking away with nary a scratch of media criticism on him.

This is because Mike Pompeo’s depravity is the “normal” kind. The kind we’re all meant to be used to. The psychotic, mass murdering American exceptionalist imperialism that the billionaire news media exists to protect and facilitate.

You don’t bite the hand that feeds you, and you don’t attack the man who serves the same empire as you. Gotta maintain that access journalism. This could be your next president, after all.

Pompeo’s exit provides a very short respite between the time he leaves for whatever lucrative neocon think tank gigs he winds up with and the time he re-emerges from the sea like Cthulhu to once again try to devour the world. He will be replaced as secretary of state in that interim by Tony Blinken, who is another psychopath because that is a job requirement.

The State Department was meant to be the counterpart to the War Department, focusing on diplomacy and peace. But as the US government morphed into a globe-spanning empire dependent on endless violence and aggression, the State Department wound up focusing more and more on manufacturing interventionist narratives on the world stage to gin up international support for starvation sanctions, proxy wars and war coalitions.

So in practice the US ended up with two war departments: DoD and State Department. Which is why you’ve seen the nation’s Secretaries of State becoming more and more jingoistic and psychopathic, with some sort of antisocial personality disorder really a job requirement. Hence Psycho Mike.

I wish humanity a pleasant sigh of relief on Pompeo’s exit. Please enjoy it as much as possible until the Biden administration does whatever horrifying things it’s going to do, and until the eldritch monster re-emerges from the sea.