From time to time I find cause to cite Scott Ritter, the former UN Weapons Inspector who drew the wrath of the US Empire by refusing to go along with a WMD casus belli  for the invasion of Iraq, shown by subsequent events to have been both asset grab … 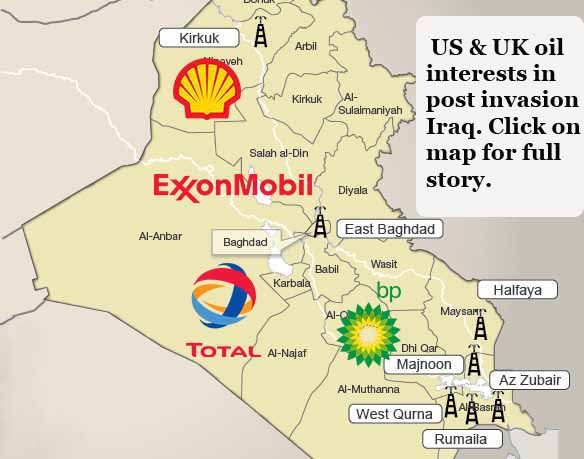 … and show of force by the US and lesser partners in a region under potential challenge from China’s One Belt One Road.

He remains a thorn in the side of DC and Pentagon. As such he joins other gamekeepers-turned-poacher – Craig Murray, Peter Ford, Philip Giraldi, Edward Snowden, Paul Craig Roberts and the late Stephen Cohen spring immediately to mind – who besides bringing sorely needed sunlight to bear on the deeds of those who purport to serve us, also function as canaries – forgive if you can my avalanche of metaphors – in the coalmine of Western democracy.

The overwhelming majority of information is classified to protect political security not national security – Julian Assange.

Yesterday, as the new figurehead for America’s rulers was sworn in, Ritter wrote a piece in RT with the catchy title, The US has a broken political system and is about to be usurped by China – what Europeans really think about America is telling. While Biden’s inauguration is the start point, and corporate media downplaying of deep state continuity the leitmotif, Scott Ritter’s focus is on an important but – by me at any rate – neglected aspect. I refer to tensions between American and European imperialism. He begins, oddly enough, by echoing corporate media insistence on Trump’s presidency as egregious, but soon gets to the commonalities.

A recent survey commissioned by the European Council on Foreign Relations has found that most Europeans look to Germany rather than the United States as their most important partner, having lost faith in America’s ability to elect leaders who share their continent’s vision and values.

In the context of the inauguration of the 46th US president, such a finding stands as a stark reminder of the unhealed scars that four years of an “America first” focus by Trump have left when it comes to America’s relationship with the world. It also suggests it will be difficult for Biden’s administration to salve the underlying wounds and get America back on the track of being the global leader it aspires to be.

The polling reveals that Europeans think the US political system is broken, that China will soon be more powerful than the US, and that they want to stay neutral in any future conflict between Washington & Moscow or Beijing.

The survey, however, misses the mark in so far as it posits the notion that there are discernible differences between one US president and another regarding US policy toward Europe.

The reality is that there is no difference between the foundational policy objectives of Trump and Biden, or for that matter between any US president and another. For anyone occupying the White House, the world is always viewed through a US-centric lens which operates on the premise that what is good for the US, as the world’s indispensable power, is good for the rest of the world. Even when it isn’t.

This reality was underscored in an interview given by Russian President Vladimir Putin in 2017, to the French newspaper Le Figaro. “I have already spoken to three US presidents. They come and go, but politics stay the same at all times. Do you know why?” Putin asked. “Because of the powerful bureaucracy. When a person is elected, they may have some ideas. Then people with briefcases arrive, well dressed, wearing dark suits, just like mine, except for the red tie, since they wear black or dark blue ones. These people start explaining how things are done. And instantly, everything changes. This is what happens with every administration.”

[At time of posting, an abridged version of Putin’s words is on this site’s masthead.]

Anyone who thinks that US-European angst was invented by Trump need only look back at US-European relations over the past two decades for evidence to the contrary. In early 2003, when responding to European qualms, led by France and Germany, about the US-led rush to war with Iraq, the then-secretary of defense, Donald Rumsfeld, dismissed the premise of the question, saying, “You’re thinking of Europe as Germany and France. I don’t. I think that’s old Europe. If you look at the entire NATO Europe today, the center of gravity is shifting to the east and there are a lot of new members.” Rumsfeld’s remarks infuriated France and Europe and led to a rift between the US and NATO that kept the latter organization out of the US-led invasion of Iraq in March 2003.

The relationship between then-president Barack Obama and German Chancellor Angela Merkel is often held up as the ideal when it comes to US-European relations. In his book, ‘A Promised Land’, Obama heaps praise on the German leader, downplaying the fact that their relationship was not always a bed of roses. Merkel, Obama noted, initially viewed his strong speeches and “exaggerated rhetoric” with “skepticism.” According to Obama, this was a good thing. “For a German head of government,” he observed, “an aversion to possible demagogy was probably a healthy attitude.”

Obama’s memoir, however, missed the wood for the trees when it came to fundamental problems underpinning US-German (and by extension, US-European) relations. Merkel took umbrage at Obama’s small-mindedness, believing that he was “too willing to cede American moral high ground in the name of a supposed pragmatism that was in fact more like amateurism,” according to a 2015 Politico article.

A pair of spying scandals, one involving the CIA’s recruitment of a German government official, and the other the NSA’s eavesdropping on the personal cell phone conversations of Merkel herself, only furthered the fact that the US did not treat Germany like the friend it claimed it was.

In the end, while Obama was able to repair his personal relationship with Merkel, the lack of trust between the US and Germany/Europe remained. To put a finer point on this matter – Trump did not invent US-European angst; he just refused to cover it with flowery language and empty platitudes.

This gap between politicized rhetoric and the actual deeds that define American foreign policy was perhaps brought out best by someone who is not counted among America’s friends. “All American presidents commit crimes and end up taking the Nobel Prize and appear as a defender of human rights and the ‘unique’ and ‘brilliant’ American or Western principles,” Syrian President Bashar Assad told the Syrian press in 2019, “but all they are is a group of criminals who only represent the interests of the American lobbies of large corporations in weapons, oil and others.” Trump, Assad noted, “speaks with transparency to say, ‘We want the oil.’”

“I tell you,” Assad went on, “he [Trump] is the best American president. Why? Not because his policies are good, but because he is the most transparent president,” adding coyly, “What do we want more than a transparent foe?”

Selling opaqueness as clarity was on display during the confirmation hearing of Anthony Blinken, Joe Biden’s nominee for secretary of state. “We do have a big task ahead of us in restoring, revitalizing those relationships. I do think it starts… with showing up again,” said Blinken. “Some of our allies and partners question the sustainability of our commitments based on the past few years and that’s going to be a hard hill to climb.”

Blinken’s focus on confronting both Russia and China underscores the blinkers he and Biden are wearing when it comes to articulating how they would define and execute American foreign policy. Here, the observations of both Putin and Assad bear notice.

First, there is virtually no daylight in terms of substance when it comes to Trump’s confrontation of Russia and China and the policies proposed by Blinken. And second, by pretending that a Biden administration would be any different that Trump in this regard, Blinken only reinforced the reality that Trump’s greatest sin from a foreign policy standpoint was not the substance of his policies, but rather their presentation.

The European Council on Foreign Relations survey suggests that Blinken faces an impossible task when it comes to his stated objective of repairing US-European relations. There is no appetite in Europe for a return to the kind of bipolar world that defined the Cold War-era – Europe simply will not join in any US-led effort to face off against either China or Russia in such a black and white, good-versus-evil type confrontation. Europe, according to the survey, is likely to remain neutral in any ideological conflict between the US and either Russia or China (or both).

Worse, from the perspective of the US and the Biden administration, Europe is more likely to take its cue from Berlin than Washington, DC. While many observers view these trends as a symptom of four years of Trump’s “America First,” the reality is that they are linked to a deep-seated disease that has infected US-European relations for years prior to Trump.

Europe and the world have learned from the transparency of the Trump era to see through the veil of flowering rhetoric that American politicians have previously employed to disguise the US’ intent. Having learned this lesson, Europe is not inclined to simply return to the ways of the past. As the saying sort of goes, once pecked by the US eagle, twice shy.

6 Replies to “Scott Ritter: “no changes for Europe””