On March 3 at around 21:30 a Tulse Hill doorbell-cam captured the last living image of Sarah Everard, the 33 year old marketing executive who disappeared while walking home that night. On March 9, one day after International Women’s Day, police announced that a Met officer had been arrested in connection with her disappearance. By March 10 he’d been named as Wayne Couzens, held on suspicion of kidnap now escalated to murder.

Vigils for Sarah – merged, under the Reclaim These Streets Campaign, with that of the Reclaim the Night protests of the late 70s to 90s – are planned for today (Saturday). The High Court has ruled that, in London at least, coronavirus regulations mean the vigils may not go ahead.1

(In this respect if no other, critics of lockdown have been right to alert us to the threat to hard won liberties posed by the response to a real or otherwise pandemic – my evolving views on which have been given in several posts, most recently this one of a month ago. But I digress.)

One of the planned vigils is to be held at six this evening in Nottingham’s Old Market Square, close to the Brian Clough Statue. I shall be there. Sarah was only a little younger than my own two daughters, threats to whose safety have caused me – like pretty much every other father – fears of the darkest kind. Not, I hasten to add, that being a dad is the sole or primary reason why a man would attend one of today’s vigils. Just that having daughters drives it home, all the more poignantly when, as in this instance, they are of similar age to the latest victim.

In the context of that murder – and the wholly predictable revelation that domestic violence, most of it man on woman (and doubtless on child too) has soared during lockdown –  a good friend of mine yesterday posted this on Facebook:

While women take in the news about the murder of a young woman at the hands of a man and we’re still after all these years talking of reclaiming the streets, what is trending on twitter? #notallmen. Talk about cancel culture. Women are being cancelled. It’s just like countering Black Lives Matter with all lives matter. It’s depressing to realise that in nearly 60 years nothing has changed.

Indeed. And amongst the women of all ages voicing anger, a good many – check this on social media – are my age or older: feminists of the second wave, many of them veterans of those Reclaim the Night protests decades earlier. Now they find themselves asking whether there’s been an inch of real progress.

Others will be young women and girls, some discovering for the very first time the meaning of sisterhood in oppression.

I went to other FB posts, and Twitter, to catch up on the #NotAllMen thing. Unsurprisingly, many are likening it, in its literally correct but crassly defensive obtuseness, to the sophistry (or plain stupidity) of those who responded to #BlackLivesMatter with #AllLivesMatter. Yes, there are key differences2 but the similarity is striking and I ‘liked’ my friend’s post.

All the same, something about the twittered incandescence and FB put-downs of #NotAllMen didn’t sit right with me. For starters, the angriest were by men. Of which two things. One, on the basis of decades of experience of ‘male feminists’ I’ve grown suspicious of their motives. Here, in the unguarded tones of a private email to a trusted woman friend, is why:

Blokes … are falling over themselves to castigate fellow men who joined the #NotAllMen crowd. I don’t object to the comparison with #AllLivesMatter in its crassness of response … but to be honest I’ve always been a tad suspicious of men who ostentatiously take on the role of Misogynistfinder General. I say beware of the Nice Guys – they’re the angry bastards, and it shows in some of the vituperative language these men are using against the bloke less woke. I’m sure there are genuine souls in there but there’ll also be the ingratiate, the hypocrite, the insufferably sanctimonious – and the aforementioned angry bastard. Some of them all four!

I could dress that up in terms more PC – on which I’ve written a few times, most recently here – but often the uncensored version does a better job of cutting to the chase. In this case I was heartened to read one man going against the groupthink, and not in a reactionary way. I can no longer find his comment, on a thread of bloke-hectoring-bloke, but his sentiment was clear. Yes, he said, there is a society wide problem in men’s attitudes to women. But how do you suppose dressing up in clothes of moral righteousness helps? Are you interested in change, or simply in virtue-signalling, and along the way lowering further the self esteem of men who most need to look into this?

I recognise that sentiment from other arenas. Read the BTL comment of Guardian, OffGuardian or any other forum that doubles up as social medium.  It doesn’t matter what the issue happens to be. The world is full of men less interested in effecting change than in Being Seen to Be Right.

The second thing that struck me was the unfairness of much of that male-led anger. “It’s not all about men”, was the theme. No, it isn’t. But right now generalities about, and admonishments to, men at large are – quite understandably – being made. Given this, to rebuke ‘unwoke’ men for failing, allegedly, to see that it isn’t all about them seems thoroughly disingenuous.

But back to that FB thread begun by my friend’s post. One early reply was a woman saying:

Men need to start talking to each other and calling behaviour out. How is it that every woman knows other women that have been assaulted, raped, harassed etc but no men seem to know these men? This is a male patriarchy issue.

I hate to see bad arguments for worthy causes.3 (Though I’m happy to see unworthy causes hang themselves with lousy arguments.) Here I dispute neither the assertion of men being grossly ignorant of the extent of male on female violence, nor that this is a patriarchy issue. What I dispute is that the two things are linked in the narrowly causal manner implied:

“How is it that every woman knows other women that have been assaulted, raped, harassed etc but no men seem to know these men?”

Well they’re not going to brag about it, are they? The difference between your “every woman” and your “no man” seems indicative less of men being in wholesale denial (we may be, but this does not follow from your premise) and more of the fact victims are for obvious reasons more likely to find sympathetic ears than are the perpetrators! It is a statistical certainty that I have at some point in my life – perhaps at many points – met such men. It’s also highly probable I’ve met a murderer or two. Trouble is, I don’t know who was and who was not one.

I’m not trying to minimise the problem of men on women violence – and you may or may not take my word for it that I have never assaulted, raped or harassed a woman – but the implication that “we men” are in the business of protecting those who do is wide of the mark.

I did wonder whether I’d stirred a hornets’ nest. Would I be judged guilty of a deflection similar to that of #AllLivesMatter? More importantly, was I so guilty? The line between refusing to be cowed into uneasy silence, and being a deflective pedant, can be blurry. I don’t say I crossed it but maybe that’s for others to judge. At any rate, I told myself, I’d refrain from reacting to angry but unconvincing responses, but acknowledge the cogency of all that made sense. In the event, the first response was by a woman ‘liking’ my comment.

The second was this, from a third woman, L

Philip Roddis it’s quite nuanced. Men who are perpetrators may have many victims, and are not going to brag to male friends whom they think would disapprove. So no I don’t think that most men would shield or protect a possible perpetrator.

To which I replied

L, agreed without reservation. Mine was a very specific point, and not offered in counterpoint to the wider issues you raise.

Also worth a mention, I think, is that the victims of the endless wars “our” leaders engage in – in the name of lofty ideals and the interests of profit – are disproportionately women. Caitlin Johnstone with her characteristic pithiness pointed out that “in just two centuries we’ve progressed from expecting our leaders to murder brown-skinned people while saying racist things, to expecting our leaders to murder brown-skinned people while condemning racism”. She might have extended the point to include condemnations of sexism while making women’s lives hell on earth in the global south!

Would that second paragraph be seen as ‘another’ deflection or, just as bad, illegitimate leftist hijacking? I hoped not. There’s something very seriously awry with any ‘feminism’ that takes at face value the justification of ‘our’ endless femicidal wars, and murderous sanctions, on non compliant nations in the global south. To say so is hardly a deflection from any discussion of violence to women. That Yemeni, Venezuelan, Syrian, Libyan, Iraqi and Iranian women are not targeted because they are women is no more relevant than that they are not targeted because they are brown skinned. On both fronts the terror and its consequences are systemic. But in too many FB threads, the ‘half woke’ will not see this truth.

I’m glad to report that this was not one of them. L ‘liked’ my reply and the thread appears, one day later, to have run its course without further comment. 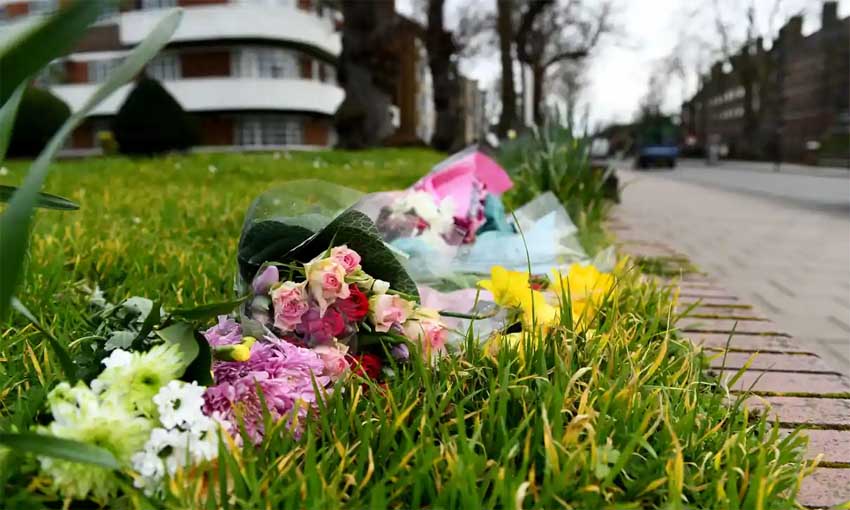 4 Replies to “Reclaiming These Streets”