It’s a fundamental with me that whomever ‘our’ media, debased for reasons given many times on this site – here for instance – vilify or sanctify, I take a good hard look at them. And when I do, I ask: why am I being pushed to loathe or admire this individual? Cui bono?

Not that it’s always one person. Sometimes it’s a group, as with the terrorist White Helmets. Or a single person ‘identifying’ as a group, like the bloke who operates from a Coventry semi, left Syria in 2003 and hasn’t been back, yet calls himself the Syrian Observatory for Human Rights. In that capacity he’s been much quoted, over the duration of imperialism’s dirty war on Syria, by BBC, Guardian and – to their undying shame – such ‘far left’ groups as Workers Power and SWP.

Ours is a topsy-turvy Orwellian world, where war is peace and ignorance strength. We could of course simply invert the images our power-serving media bash out 24/7 and assume that any hard sell on person X as a Good Guy means they’ll be vile, and vice versa. It’s not that simple, of course, but don’t blame me for being tempted!

Anyway, long before I began to think critically about the media, Malcolm X had already got there. 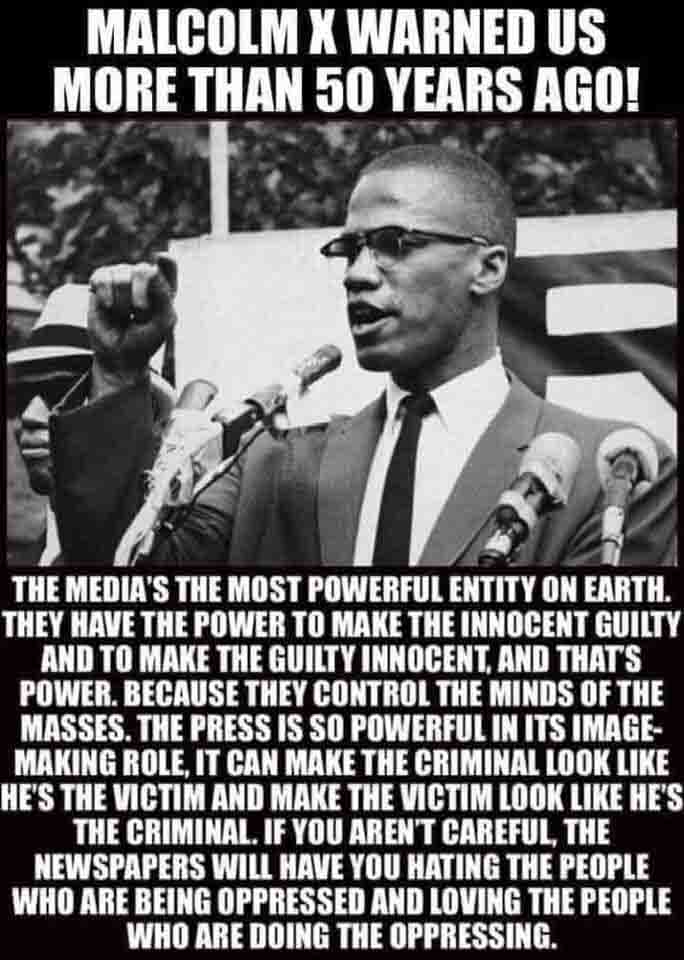 One Reply to “Malcolm X on the media”