I don’t read many right-wing sources: just enough to know that the best of them can make a lot more sense than liberal equivalents. One I return to now and again is American Conservative, and this piece from yesterday (July 28) is an excellent example of why.

To be clear, my meta-assessments of what is happening vis a vis Eurasia Rising are not those of its author, Robert W. Merry. In particular, I don’t share his implicit takes on two fundamentals.

One is his view that a string of administrations – he invokes Obama’s and Trump’s but in truth we can trace an unbroken line back to Bill Clinton’s – have simply pursued misguided policies toward Russia. As if nobody told them the Cold War ended in 1990. I on the other hand say that capital’s dynamic in the age of imperialism tells anyone paying attention – a small field, I grant you – that the Cold War was never about Defending Our Freedom From the Red Threat. It was always about a sixth of Planet Earth’s land mass, its vast markets and resources, being closed off to a Western capitalism whose inner laws of motion compel it to expand or wither.

Privatising the Soviet Union was in this respect no different from privatising Ba’athist Iraq, or your local council services. Except that in Russia things did not go quite to plan. The choicest fruits, earmarked for Western investors, fell instead to apparatchiks looking to replace now uncertain pensions. (Naomi Klein is good on this. See Chapters 10-11 of The Shock Doctrine.)

Those administrations from Clinton to Trump were hardly staffed by fools. Criminally insane, to be sure, but fools never. Why has the Cold War run from WW2 to the present day? (With a brief hiatus while a drunken Boris Yeltsin gave the West everything it demanded, even as his country slid into chaos and gangsterism.)

Because its real drivers were not the ones advertised. Failure to grasp this will leave even one as intelligent and lucid as Mr Merry at a loss to see why Washington – and, for all their angst and ambivalences, the lesser imperialisms euphemistically known as the West – are in the grip of a Russophobia on the face of it senseless.

Two, though China is mentioned over and over in his piece, it is always in the context of Richard Nixon’s gamble in 1972. What Mr Merry does not say (whether through naivety, disingenuity or desire to avoid scope creep I wouldn’t care to guess) is that even a savvy ten year old – and the guys we’re speaking of here read Sun Tzu, Machiavelli and for good measure Marx and Lenin! – will tell you it’s rank bad statesmanship to piss off your two most powerful adversaries at one and the same time. 1

These reservations notwithstanding, I recommend you set aside the know-nothing ramblings of a Simon Tisdall, the infantile mendacities of a Luke Harding, and give this immeasurably wiser and more informed writer his due.

Biden Is Correct On The Nord Stream 2 Pipeline

His predecessors fought a pointless battle to no avail, asserting America’s preferences where intervention is unwarranted. 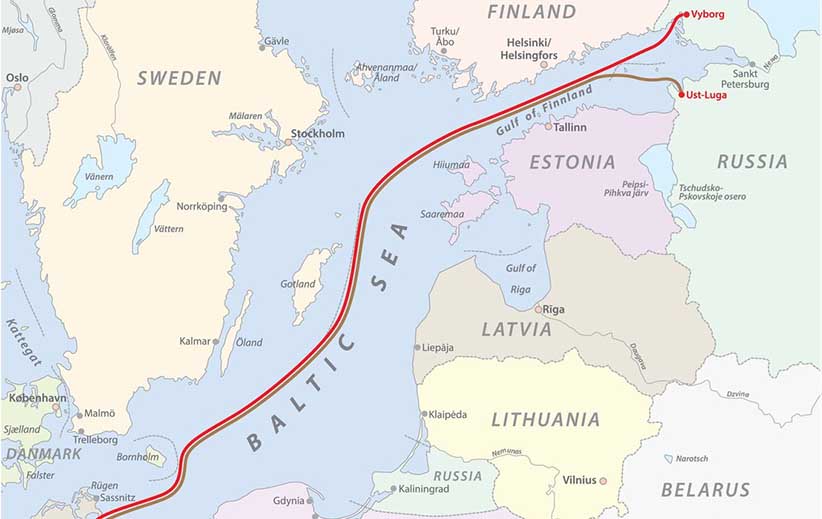 Thank you, President Biden. Thank you for having the sense and sagacity to waive the aggressive sanctions against those involved in constructing the Russian Nord Stream 2 pipeline, designed to ship Russian natural gas to Germany and the West under the Baltic Sea while bypassing the old and unstable Ukrainian transit network.

The American effort to thwart that project, initiated by Barack Obama and maintained by Donald Trump, was a misguided and short-sighted policy that was destined to fail. And it did fail when Biden simply recognized the reality that the pipeline, nearing completion, couldn’t be stopped. So the president put the best face on it and accepted defeat.

Thus, he ended the spectacle of America seeking to pressure Germany, a key NATO ally, into foregoing an energy deal it considered beneficial to its own economic interests. This was another distilled example of the foreign policy arrogance that has fueled America’s approach to international relations since the end of the Cold War. As the Wall Street Journal wrote in an editorial specimen of this disjointed reasoning, “Giving a revisionist power more influence over Europe’s economy doesn’t help U.S. interests.” (Never mind the right of the Germans and Europeans to determine their own interests.)

This development has a deeper meaning, however. The ostensible reason for U.S. opposition to the pipeline was the fear that it would increase Russia’s economic and political leverage over Western Europe. But clearly Germany doesn’t share this concern or the broader anti-Russian hysteria that is a hallmark of America’s foreign policy establishment. Otherwise it would not have accepted such an arrangement, however beneficial it might have been in short-run economic terms.

Here too Robert Merry and I part company. It’s not so much a case of whether Germany shares US concerns about Russian leverage in Western Europe. More that, as the world’s number two imperialism, she is torn. Though not ready to break with Washington, the costs of not doing so are mounting. Even more telling – for reasons on the one hand geographic and historic, on the other that closeness of Beijing with Moscow – is her fear that in cold shouldering the latter she risks forfeiture of lucrative partnerships with the former.

What this tells us, beyond the suggestion that perhaps America should butt out of such matters, is that it should also perhaps give further thought to its own anti-Russia obsession and seek prospects for finding common ground with that regional power on matters worthy of exploration.

Which calls to mind President Richard Nixon’s famous outreach, in the early 1970s, to the country that he previously had referred to derisively as “Red China.” Nixon, the anticommunist partisan, gave the country a stunning example of new thinking and new flexibility in policymaking on the international scene. China and America viewed each other as implacable enemies. Nixon set out to change that. And he succeeded.

The result is that today, when we say “it’s like Nixon going to China,” it signifies a breathtaking break-out from intellectual rigidities that are seen in retrospect as holding the country back. But seldom does the analogy reach the level of Nixon’s own imagination and audacity.

3 Replies to “Say what you like about Tricky Dickie …”