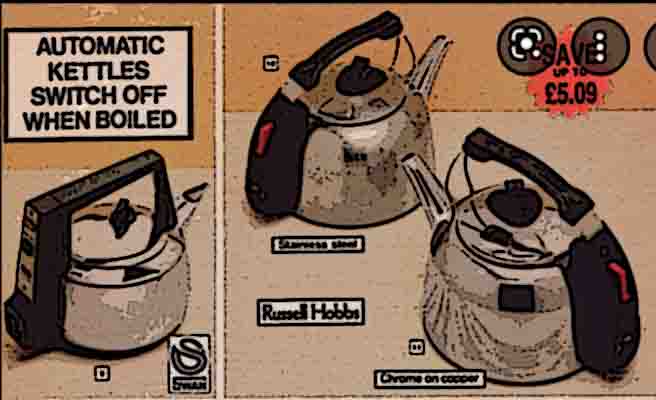 The evolution of the electric kettle is instructive. Invented in the eighteen nineties, its initial forms had drawbacks. Like taking an age to do the biz, heating water by making it live – quite serious, that – and not switching off automatically.

That last was still unresolved by the early seventies, though electric kettles were now a familiar item in daily life. But by decade’s end auto switch models were appearing in the kitchens of the well to do; kitchens frequently made-over to keep the blues at bay. Kitchens embracing an out-with-the-old/in-with-the-new philosophy vital to a consumer-driven capitalism barely begun.

And that pudding shape? Few questioned it. Yes, it was a drag having to boil a quart of water to make a single cuppa. But an element standing an inch proud of a nine inch base, and requiring full immersion on pain of burning out, seemed a small price to pay for progress.

Then someone asked why the kettle was the shape it was. That rise of Keynesian consumerism, you see, and with it of Designer Man, made it worthwhile paying smarties fresh out of college to ask such questions. This is a Good Thing. Or at least, not a Bad Thing per se.

Coming up with the right question, in this as in many other aspects of human experience, 1 was the toughest part. Once asked, the answer was obvious. That Crimbo Pudding shape, low profile and bottom-heavy, had lent stability on an open flame. But now the heat came from within. Cue for a brand new look: tall and slender; just the thing for Bedsit Man, kicked out by the missis for his indolence and wandering eye.

Why wasn’t this seen right away, at the dawn of electric kettledom? Here I’m willing to believe it a matter of psychological inertia. Why questions, though often simpler than how questions, may elude us for decades. I’ve spoken of kettles and (in a footnote) the tunnel vision informing the design of London Underground maps prior to Harry Beck. But I dare say you have your own examples of new technologies haunted by the ghosts of their ancestors.

And so to electric cars. Rising take-up is being fuelled by several factors: oil running out and climate concern, hence tax inducements for early entrants to this promising new market.

(Key word, that: market. Solutions outside of capitalism are almost literally unthinkable. 2 But I’m getting ahead of myself.)

Rising take-up in turn drives further benefits in the shape of better batteries for faster recharge and greater range per charge, as well as nationwide coverage of charging points.

I have friends and family with electric cars. Their pride in the wisdom and environmental virtue which led them to acquire these gleaming wonders – it’s still too early to be seeing electrical bangers on our roads – is palpable.

And what do they think of me, with the scruffy ten year old diesel propelled Skoda I share with my partner?

(I use it as little as possible – weeks can go by without I go near it – but still, a diesel for God’s sake! Greenwise that puts me with the lowest of the low; down there with the hiders of empty gin bottles under the potato peelings, bleach users, dog poo non scoopers and – the time for mincing words has long passed – ecocidal water boilers who measure not their need.)

Of course, the types I’m likely to call friends – kin’s another matter – do their best not to be too obvious in their disdain for carbon criminals like me. It’s rank bad form to rub our faces in it.

And me? Well for one thing, given my druthers I too would go with the current. It makes sense – painfully limited sense, to be sure, but sense all the same. For another, in the main I reciprocate the non face rubbing. I don’t make too big a deal of the fact that, fuel aside, the electric car has all the ecocidal tendencies of its carbon-farting cousins. The three most important being: 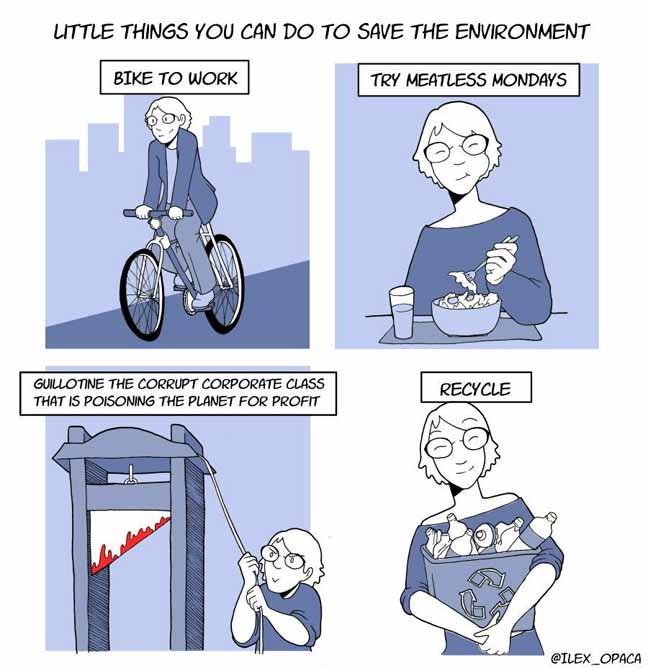 One Reply to “Electric kettles and cars”