In Benefit of Clergy: Some Notes on Salvador Dali, George Orwell targeted a knee-jerk mode of thinking; a binary either/or refusal to see (or acknowledge) nuance and complexity.

Why, asked Orwell, did the liberal progressives of his day who recognised the value of Dali’s art see fit to act as apologists for his reactionary outlook? Conversely, why did those who loathed Dali’s fascist sympathies feel obliged to denigrate his art? Why was it so hard for either camp to accept that Dali was both an important artist and a nasty piece of work? 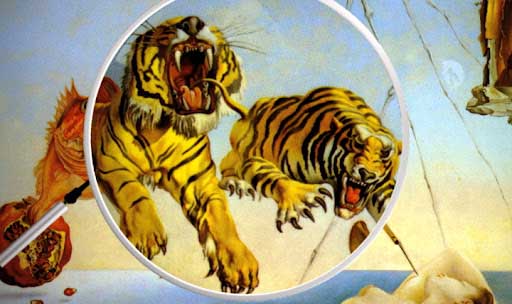 This was in 1944, thirteen years before social psychologist Leon Festinger published A Theory of Cognitive Dissonance. Festinger contends that humans have low tolerance of internally conflicting perceptions and, on matters central to our image of Who We Are, will go to great lengths – denying factuality and logic – to minimise that conflict.

(Almost always in ways that flatter us, though that’s another story.)

At first blush the object of such conflicting concern in Benefit of Clergy can seem unimportant. But do not underestimate our egoic investment in those we admire or detest. Just think of any controversial figure – Bob Dylan is a good example – and we can see, in ourselves and/or in others, what Orwell saw in those responses to Dali. It’s not that we care so much about a Dali or Dylan. Rather, once we’ve nailed our colours to the mast one way or the other, egoic pride kicks in. Find fault with my hero, or virtue in my bête noire, and you attack me. 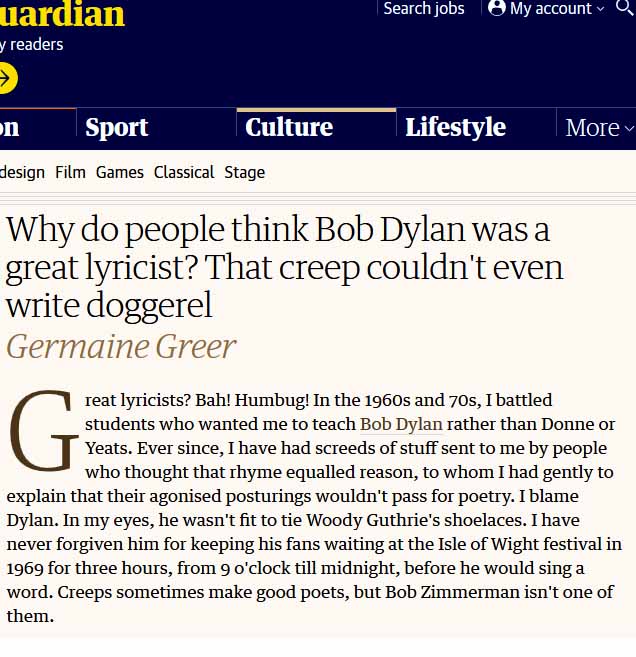 So arguments on seemingly trivial matters – I’ve witnessed this on whether Steve Davis was a ‘great’ snooker player, John Lennon a ‘genius’ – may go nuclear with astonishing speed. In both cases hitherto good friends dropped one another for years. Ironically (but predictably) you can see this psychological tendency in ‘spiritual’ circles too; devotees championing their man – my guru’s gone further with ego death than yours! – with the same force and for the same reason as those defenders/detractors of Dali, Davis and Dylan.

What has this to do with Brexit? Just that the same egoic drive, potentially ferocious in even the most trivial context, rises exponentially when political belief or self interest (real or perceived) is involved. And Brexit involves both.

Otherwise sensible Remainers draped themselves in the EU flag – literally in some cases – and made preposterous claims for it. Three quarters of a century of peace in Europe? That’s down to the EU, mate.

Really? Such causal attributions show the lens of idealism through which history is commonly but erroneously viewed. Brussels talking shops, and even those secretive cabals, are elevated by such simplistic assessments above factors more potent. Nuclear deterrence for one.

But bigger still is the fact that the imperial rivalries which put Britain and Germany on a collision course in the first half of the last century (likewise Japan and the USA) are no longer playing out between Europe’s empire builders. Since 1945 we’ve seen greater tensions first in Cold War I, 1945-90, and now in China Rising and the US-led response to its challenge to Western capital’s super-exploitation of the global south.

Belt & Road, and the Asian Infrastructure Investment Bank, threaten US ability to dictate a self serving neoliberal global order through, respectively, illegal sanctions and the conditionality of IMF/World Bank loans. (And ultimately via its immense military spend, against which China and Russia are both arming themselves with great effectiveness.) Yes, there are tensions within the imperialist camp of which the EU forms a major bloc but the most visible fault line is not within the EU. It is between the EU and the USA, due to conflicting interests highlighted by Eurasia’s rise. Such factors have little to do with an EU ‘family of nations’; everything to do with material drivers.

OK, but what about the EU as protector of workers’ rights?

I have a hard time squaring that claim with the depressing effect of ‘free movement of labour’ in Fortress Europe on wage levels and casualisation for those most shafted by ‘globalisation’.

Consumer rights then. What!?! Were these champions of the EU all fast asleep when TTIP was attempted? And in slightly amended forms is still being attempted?

… Leftist critics of the EU showed equally simplistic thinking. If the EU is Bad, they concluded – and Bad it certainly is, in the sense of being an imperialist camp whose prime beneficiaries are the same rentier elites who rule the Western world at large – then leaving it has to be Good.

Yesterday I gave my pencilled cross to a corrupt institution that only last year condemned millions of Greeks to a poverty they’d done nothing to deserve, and has plotted and connived behind our backs to subvert popular will in the name of TTIP. I voted Remain despite the self serving case made for it by the bulk of the British and international ruling class, and despite finding the arguments of most on the centre left lacking depth and factual knowledge, and frequently illogical with it.

I found the principled case against the EU made by Lexit (socialists for exit) more closely argued and knowledgeable than Remain arguments set out in corporate media and relayed across Facebook and Twitter. What Lexit did not persuade me of, however, was that it had a convincing answer on how, at this particular juncture, leaving the EU will better the conditions of working people. The situation we awoke to this morning was arrived at by a debate whose terms have been framed entirely by atavistic elements and instincts that have nothing to do with workers’ rights or protection of living standards.

There is an internationalist case for leaving the EU but we’ve barely heard it. We’ve left in the worst possible circumstances – if you doubt this, look to the rapturous welcome this morning’s news has triggered across Europe’s far right – and for all the wrong reasons.

Though much of my political thinking has advanced considerably in the five years since writing the above, I stand by every word. (More posts in similar vein 2 would follow, all before we knew just how brutally inept Brexit’s manner of implementation was going to be under BoJo.)

Well, you say, it’s water under the bridge. And so it is. But while Remainers and Lexiteers may have deserved one another, it’s less obvious that the rest of us deserved either. Their refusal, along those lines sketched out by Orwell and Festinger, to acknowledge nuance and complexity did its bit – by ensuring a dialogue of the deaf in which the most primitive arguments held sway and not an inch (or centimetre!) of ground could be conceded by either side – to create the car crash Brexit ordinary Brits are now saddled with.